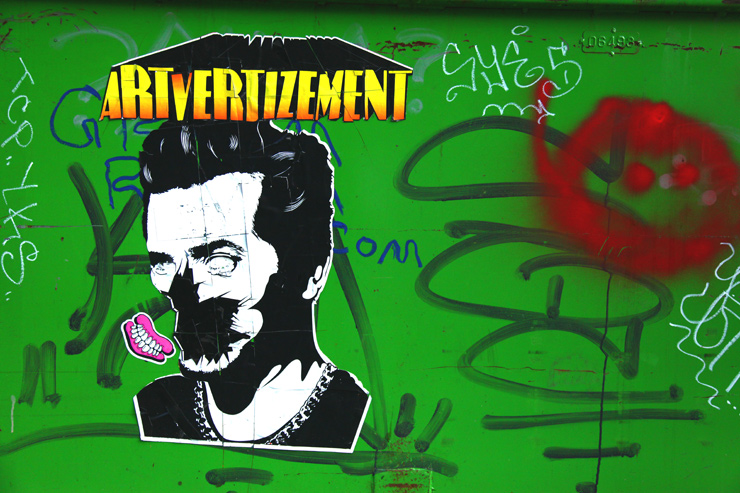 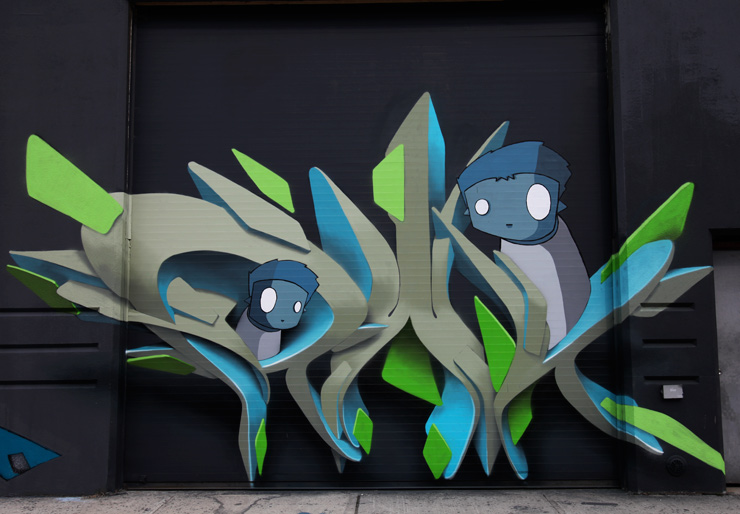 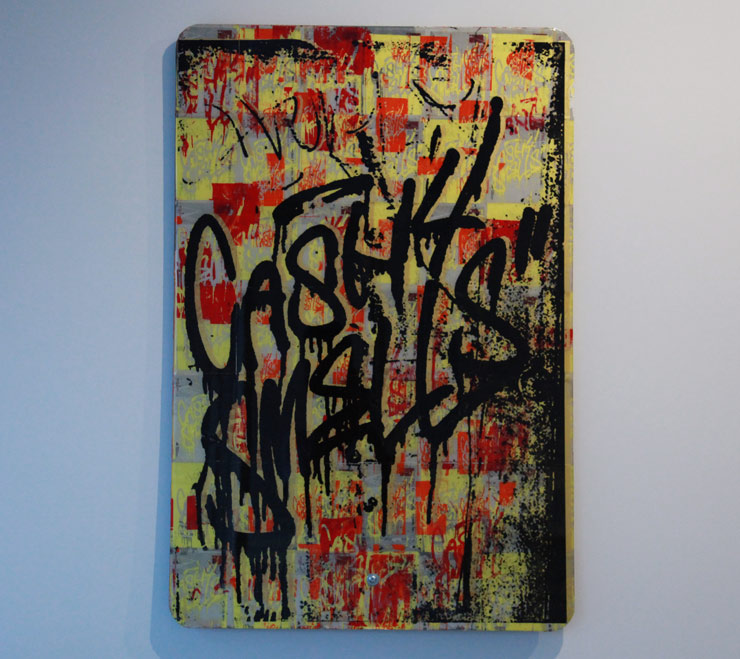 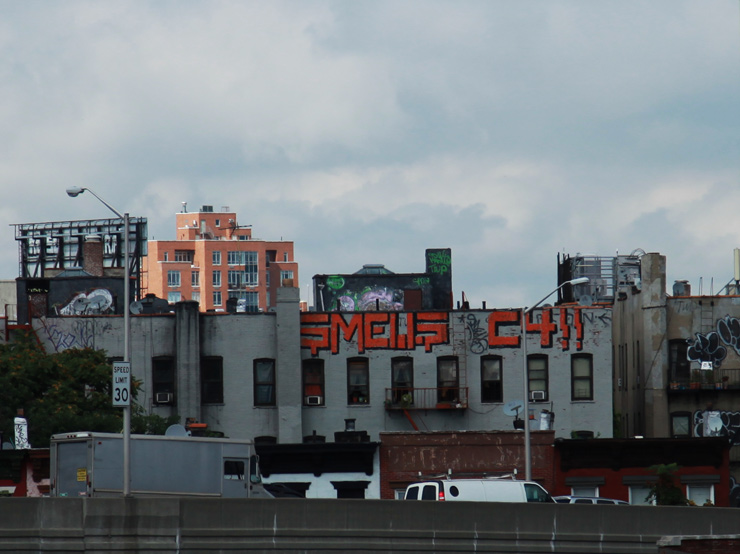 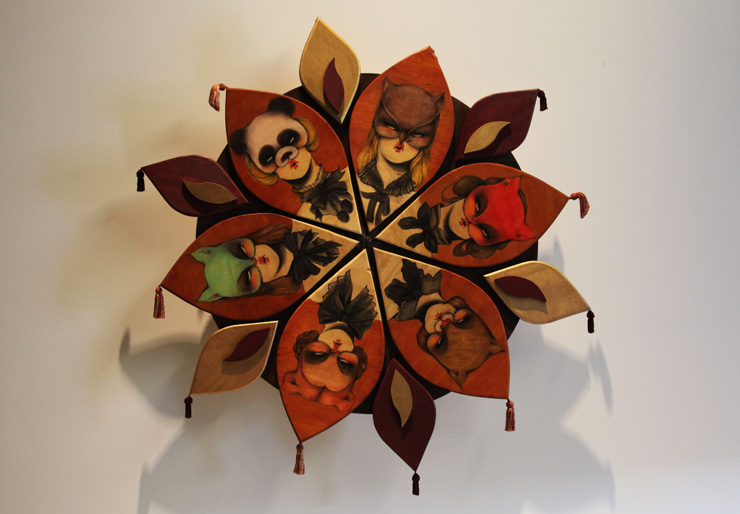 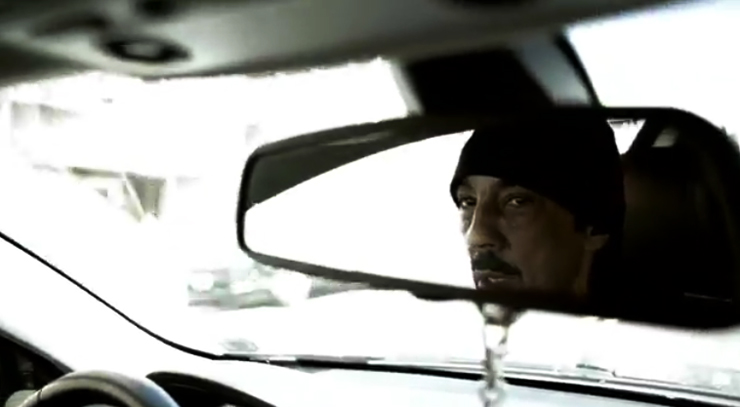 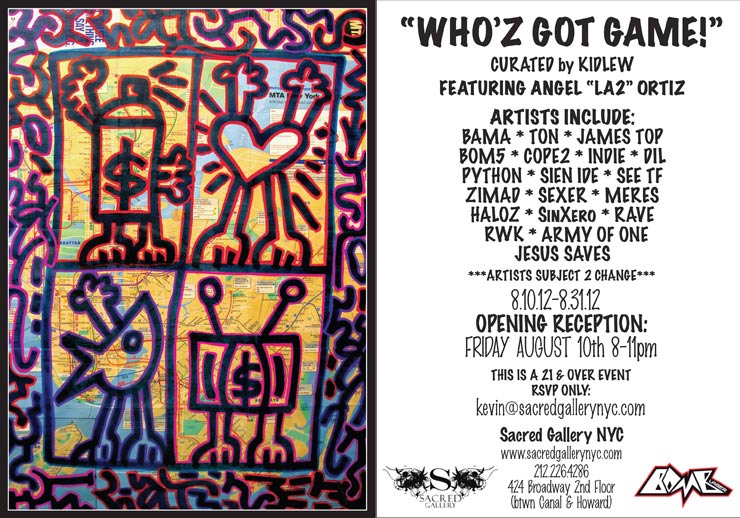 We wanted to let everyone know that Sacred Gallery NYC is pleased to announce “Who’z got game!”, August 10th (8-11pm), at Sacred Gallery NYC.
This group gallery exhibition, curated by KIDLEW, showcases some of the best names in the NYC street graffiti scene. Starting with artists from the late
60’s and working up to modern day, Kidlew personally went after the best names in the game to bring you a true NYC graffiti Subway map show.

The gallery will be auctioning off a true 4’x5′ NYC subway map that exhibiting artists will collaborate the night of the gallery opening. 100% of the proceeds from the won auction will
go to The Coalition For The Homeless (http://www.coalitionforthehomeless.org/). The auction will be on display and available for bidding all month, and will close on the 31st.

This is a strict RSVP ONLY event so you must email
Kevin@SacredGalleryNYC.com to be put on the list.