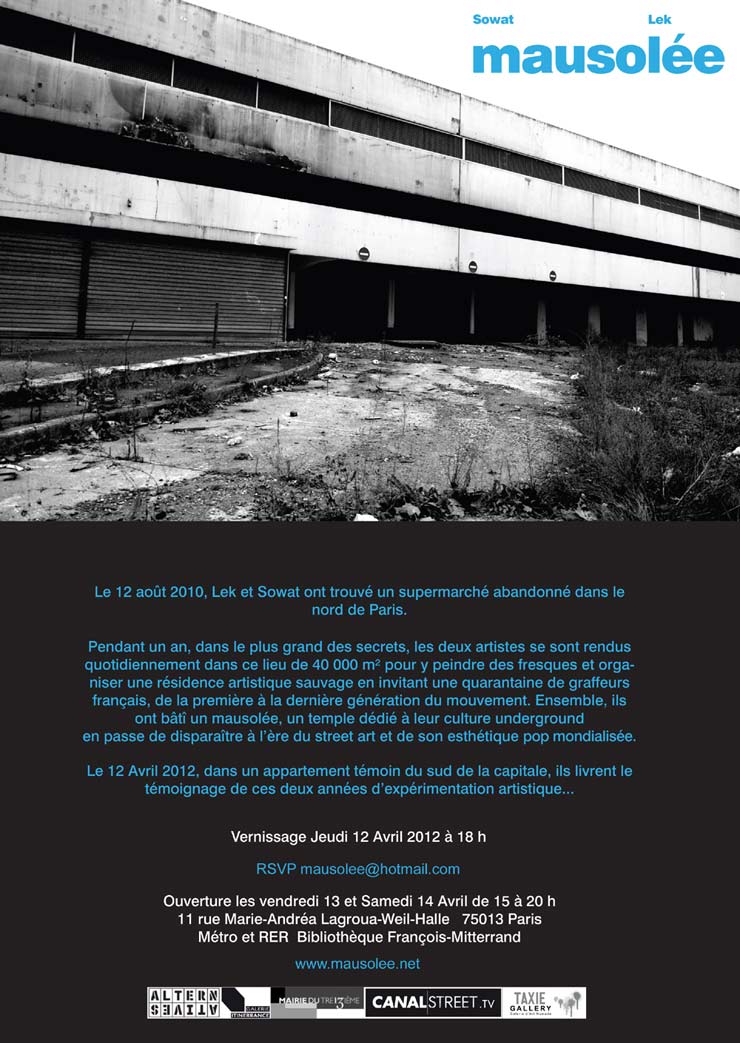 On August 12, 2010, Lek and Sowat found an abandoned supermarket in the north of Paris. For a year, in the greatest of secrets, both artists continuously wandered in this 430,000 sq ft monument to paint murals and organize an illegal artistic residency, inviting forty French graffiti artists to collaborate, from the first to the last generation of the graffiti movement.  Together they built a Mausoleum, a temple dedicated to their disappearing underground culture, slowly being replaced by street art and its global pop aesthetics. 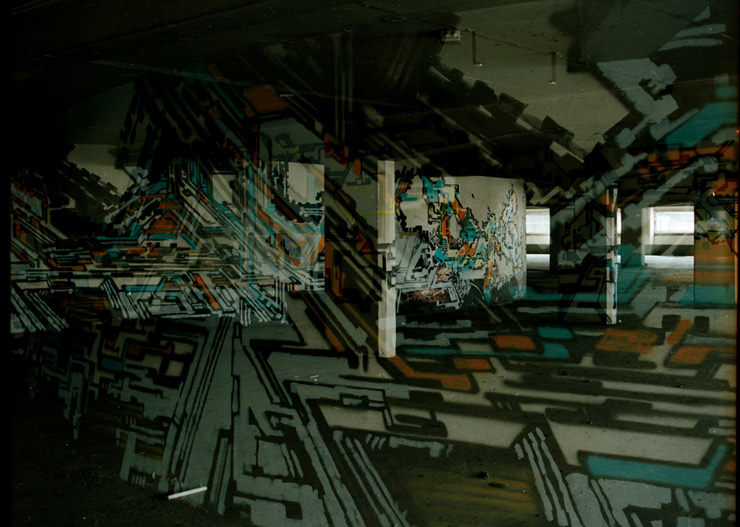 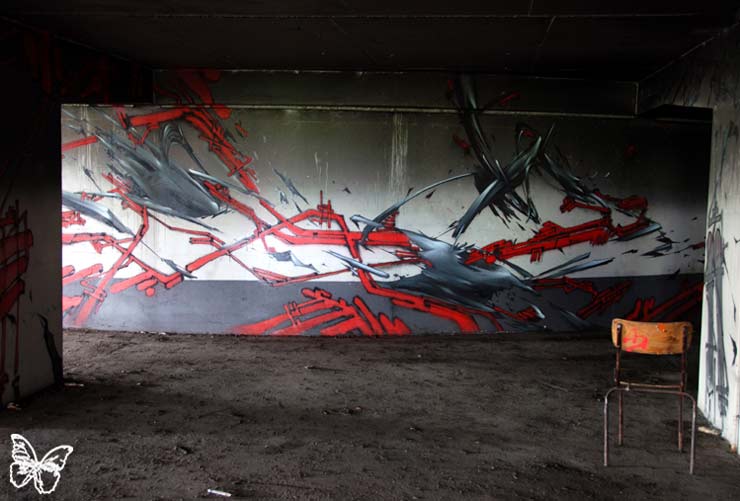