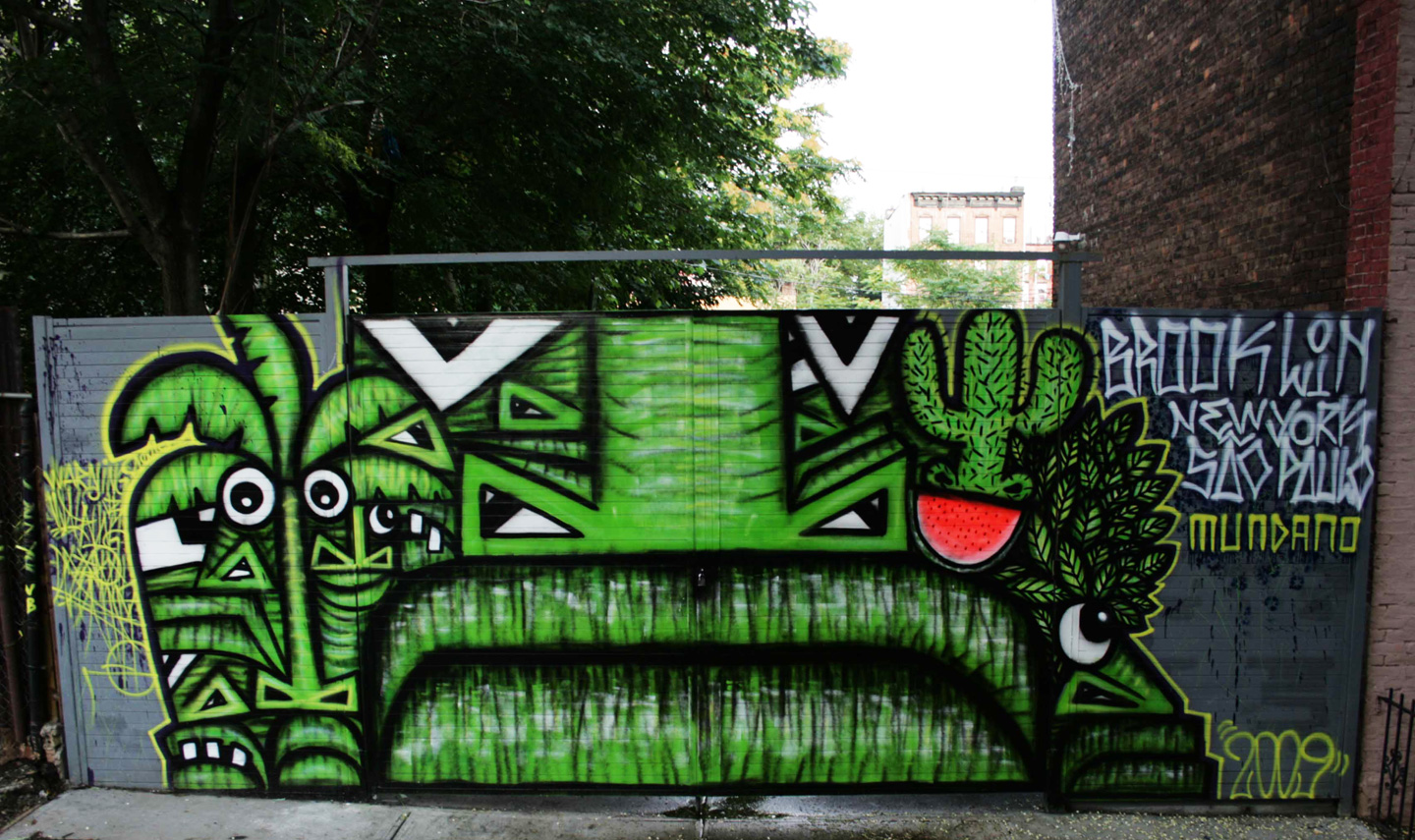 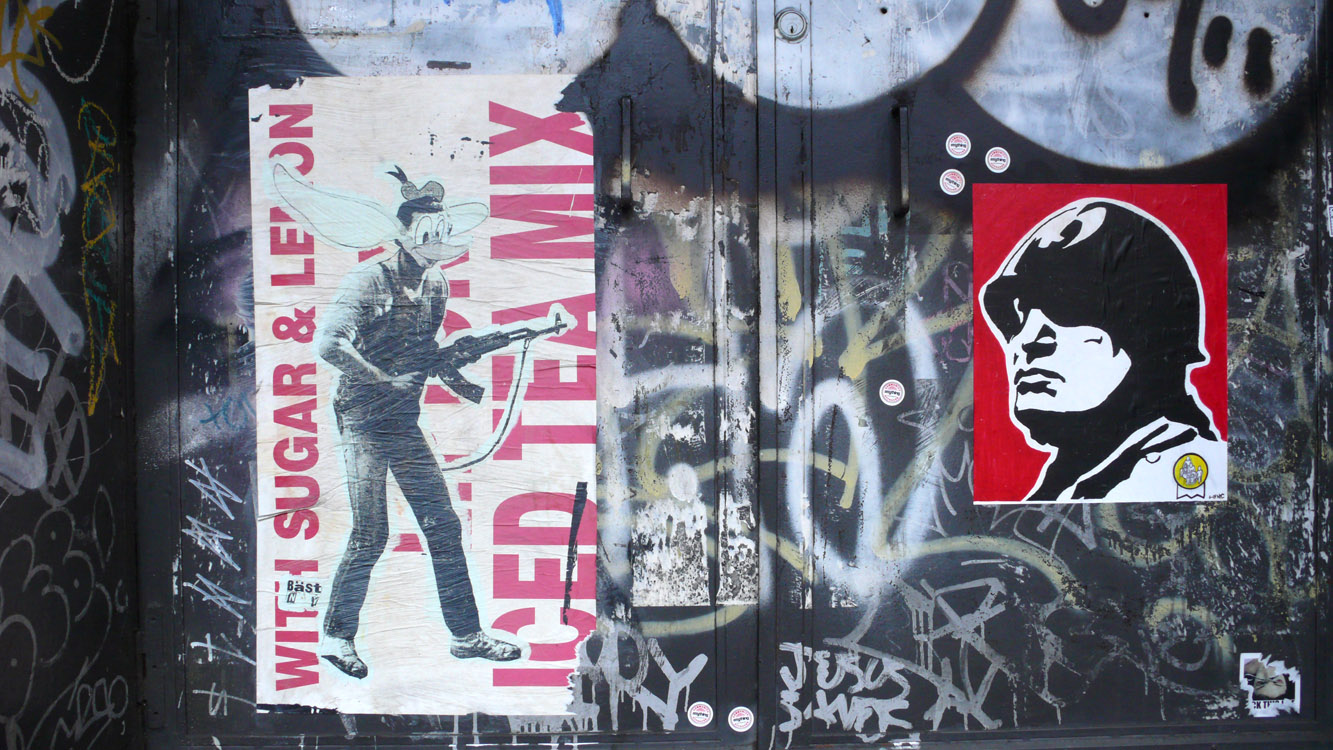 Our weekly interview with the streets

Coming to terms with his own past as a weak and sickly boy. (El Sol 25) (photo Jaime Rojo)

The national savings rate must increase, even if a few coins at a time. (Tian) (photo Jaime Rojo)

The noble hippie, bare-chested and defiant, sucks in his gut and clutches his ham and swiss hero. (Trovadour) (photo Jaime Rojo)

I hate to seem aggressive but I really need you to use your bathroom. Please give me the key. (Bast) (photo Jaime Rojo)

And which one would we call illegal? (El Sol 25) (photo Jaime Rojo)

Time to come out of the bushes! (Know Hope) (photo Jaime Rojo)

Last night I really blew it.  Two packs of smokes, a tin of tuna, some lemonade soda, and a tub of watermelon.  I really gotta stop before I lose an arm or something. (Know Hope) (photo Jaime Rojo)

And when he leans over the railing, I’ll pounce! (Space Invader) (photo Jaime Rojo)

On July 10th, São Paulo will invade Factory Fresh, as LORO VERZ, MUNDANO and APOLO TORRES arrive with a varied collection of their freshest individual and collective works. During their setup for the gallery they will paint the walls of the Factory Fresh courtyard with their large scale mural work.

The three artists come from different backgrounds and aspects
of the life however all located in São Paulo, Brazil, conveying their interpretations to a strong organism of many environments, the Lichen. The Lichen is the result of the symbiotic association of fungus with a photosynthetic partner, such as algae or cyanobacterium, and they live as a single culture. Although it’s severely affected by pollution, it’s very resistant to the absence of water and nutrients, being able to survive even in deserts and places taken by a huge cemented, grey area, like São Paulo and other conurbations around the globe.

For a long time describing his paintings as an urban parasite, MUNDANO has paintings all over the city, even in the carts of many “Carroceiros”, people that work collecting cardboards, aluminum and other material from the trash to sell to recycling companies. The painted carts run through the city traffic disseminating his messages against the marginalization of this honest and necessary work. On the city’s walls, his messages directly question the corruption of the government, social issues, the pallor and the city traffic. In a way, his characters filled up with eyes are the voice of a silent people.

LORO VERZ decodes the hectic and busy city life style and transforms it into critical, satirical, subversive images. His work is a direct response to the urban and almost schizophrenic state of mind of people living in massive cities as Sao Paulo, where simultaneity and synchronicity are always present. The artist explores different painting surfaces and mediums from oil to spray cans. His style is a fusion of influences that goes from Hyeronimous Bosch to graffiti, from Robert Crumb to Michelangelo. Besides being an artist, Loro is also an illustrator and cartoonist for the Sao Paulo edition of the Metro Newspaper. For this present show, the Lichen’s shapes and colors are the structure for his work.

APOLO TORRES work is the most figurative one, but there is a strong relationship between the figure and the surface it’s painted on. There is a lot of work on the canvas surface, trying to capture the colors and textures found on the city’s walls, and also other living interventions such as Lichen, moss, and human painting. Working on the depth and perspective, but at the same time leaving the elements scattered in the environment, Apolo have been trying to find a way to indicate that all the roots, the ground on which
are built our morals and customs, values, beliefs, and even the possession of the space we share with other living beings can change or disappear at any time. Due to the constant transformation of things, the art of Apolo Torres is a visual record of what he has witnessed and felt.

APOLO TORRES, LORO.VERZ and MUNDANO have been highlighted together in the recent years, and their individual work is well known in São Paulo and was exhibited at cities like London, Milan, Paris and Tel-Aviv. This is their first time in New York, this show promises to be unique and focused on their hometown roots.