Brooklyn based Street Artist Swoon has been in Haiti for the last few weeks helping re-build the community and bring in alternative ways of constructing housing and shelter. The project involves the residents of the village of Barriere Jeudy in the process.

To get the work done Swoon is there with a small team of friends and like minded individuals; Tod Seelie, KT Tierny, and Ben Wolf. 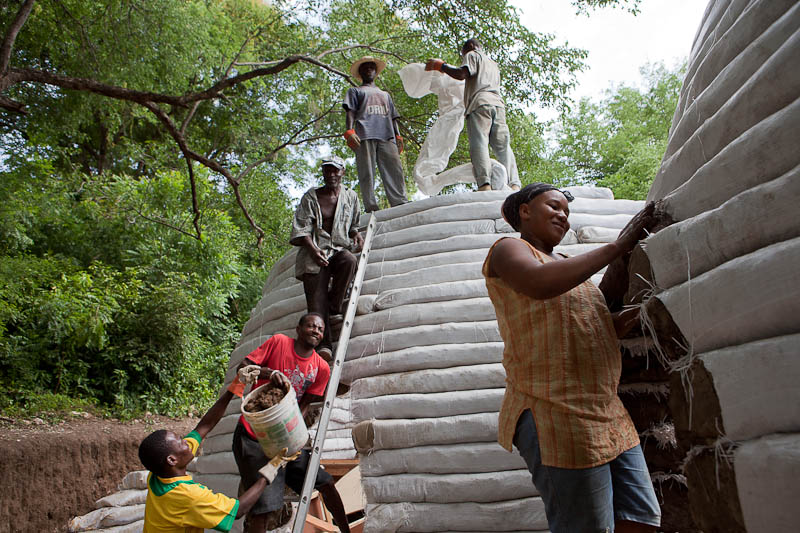 In a brief dispatch she just sent, Swoon talks about the project:

I’m writing from Haiti. I’m here with Tod Seelie, KT Tierny, and Ben
Wolf. For the last three weeks we have been building a community
center/hurricane shelter with the participation of the village of
Barriere Jeudy.

This first structure is being created to give a meeting place to the
mango growers, and other local residents, as well as to introduce some
alternative building styles as Haiti rebuilds itself after the
earthquake.

So far, we’ve been able to provide temporary jobs for about 60 people,
as well as train three teams of builders in the earthbag technique. If
all goes well, we’ll be finishing within a week or two, and returning
to build some houses in the fall.

If you have interest in the project and would like to learn more about it and MAKE A DONATION please go here: 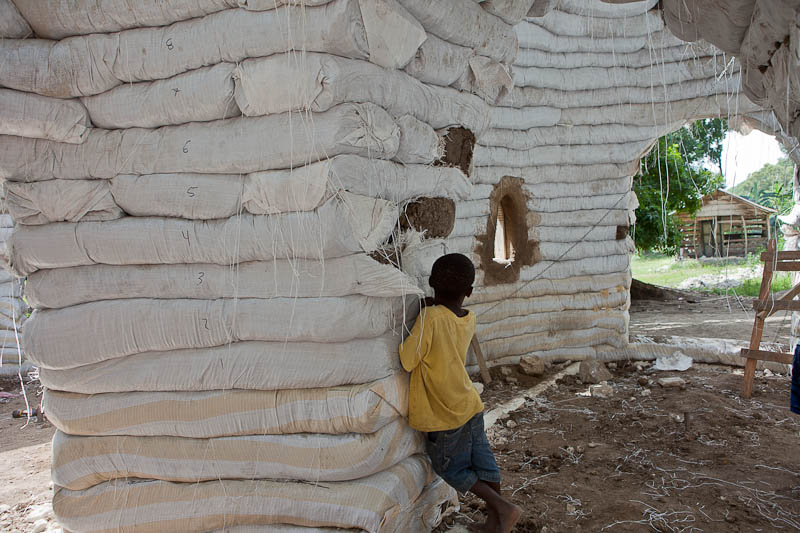