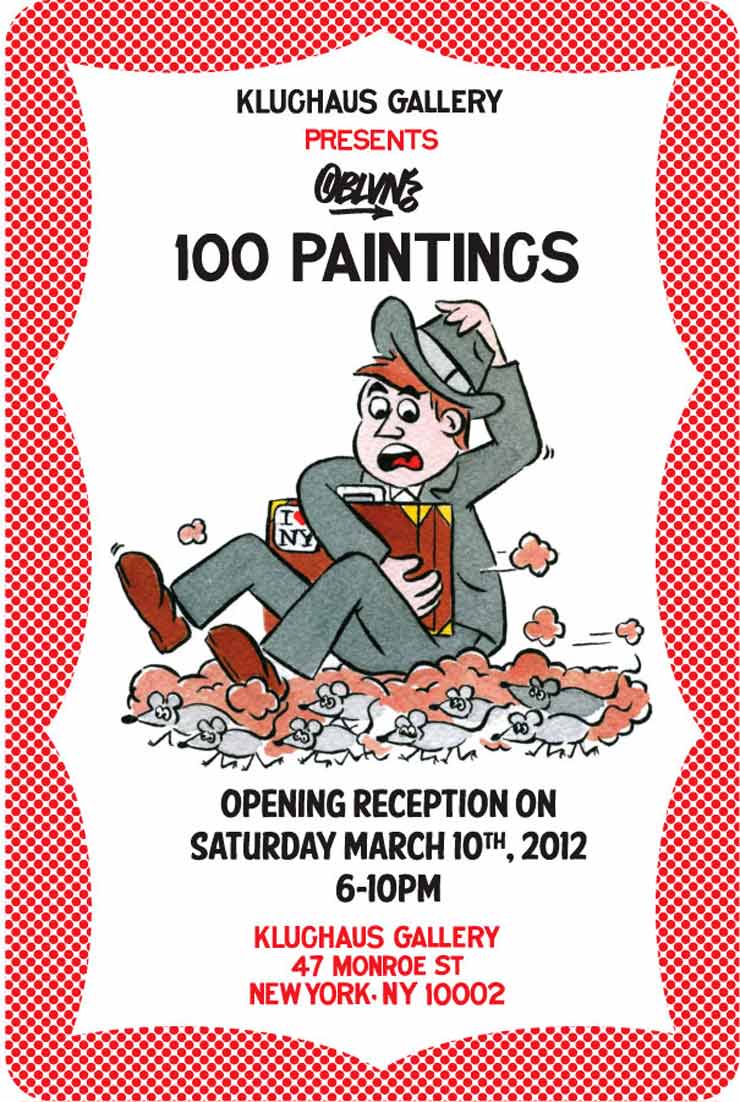 Emerging Pacific Northwest artist OBLVN hand paints 100 exclusive illustrations in honor of New York City debut—New York, NY – Feb 27, 2012 – Klughaus Gallery is proud to announce the debut of “100 Paintings,” a solo exhibition of brand new, one-of-a-kind illustrated works by Portland, Oregon-based artist and cartoonist Aaron OBLVN. In honor of his first ever east coast show, OBLVN has been hard at work for months preparing one hundred illustrations exclusively for Klughaus; highlights of the character and cartoon-heavy exhibit include contemporary, tongue-in-cheek remixes of classic cartoon characters like ‘Felix The Cat’ as an art thief and ‘Dennis the Menace’ as a vandal, as well as many original works, from mischievous spray can characters to runaway inkwells.

Why one hundred works? “I’ve been drawing my whole life, but really focusing on this style for about three years now—but not on this scale,” says OBLVN. “I read once in a sign painting comic strip by [cartoonist] Justin Green that it takes about 100 hours of brushing before you finally get your lettering down,” says OBLVN of one of the motives behind sitting down to tackle the daunting task of creating one hundred pieces of art for a single show. “So I figured if I did 100 characters, I would definitely get some good practice in. I can tell from the first cartoons I started doing a few years ago that I’ve gotten better. It’s always great to see your own progress.”

In addition to breaking the gallery record for the highest number of works in a single show, the breadth and depth of OBLVN’s body of playful, accessible work makes “100 Paintings” a show with literally something for everyone. “I love cartoons,” he says of his trademark subject matter. “I’m picky, but I love a lot of styles. From Vaughn Bode, Basil Wolverton, Skip Williamson, Text Avery, Ralph Bakshi and John K to more contemporary artists like Barry McGee and Todd James.”

In this vein “100 Paintings” is both a one-of-a-kind body of work as well as a collective ode to the artists OBLVN emulates, and he is looking forward to piecing together his collection of puzzle pieces in New York City: “I’m really stoked on the work as a whole,” he says. “So much of my time is spent up close with the pieces, my face only a few inches from my brush and the ink that it’s sort of crazy to step back and see the work as a body. It’s pretty cool to see how much I cranked out. It’s so awesome that [the opening] is in NY, but seriously daunting. I’m excited.”

The opening for “100 Paintings” will take place Saturday, March 10th from 6-10 pm. Please RSVP to rsvp@klughaus.net. 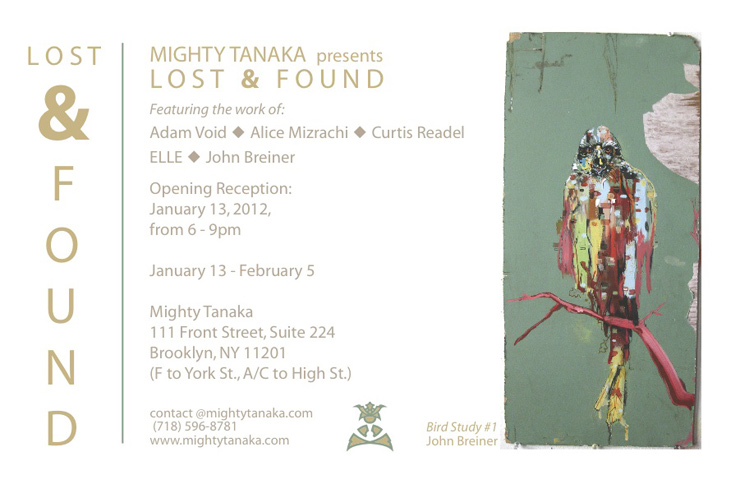 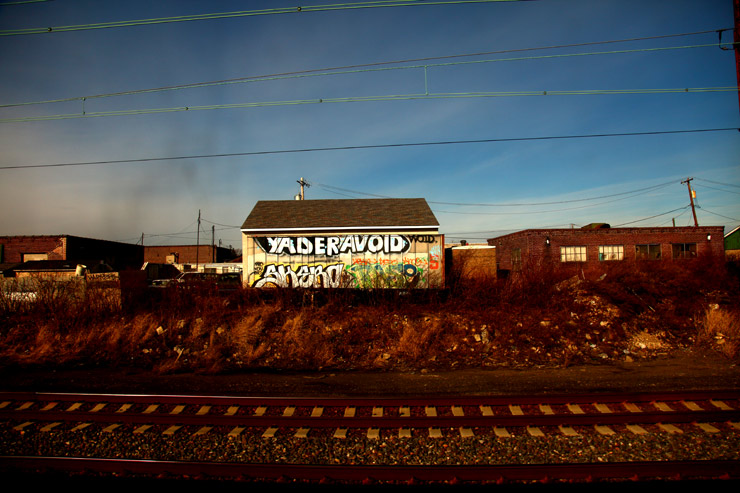 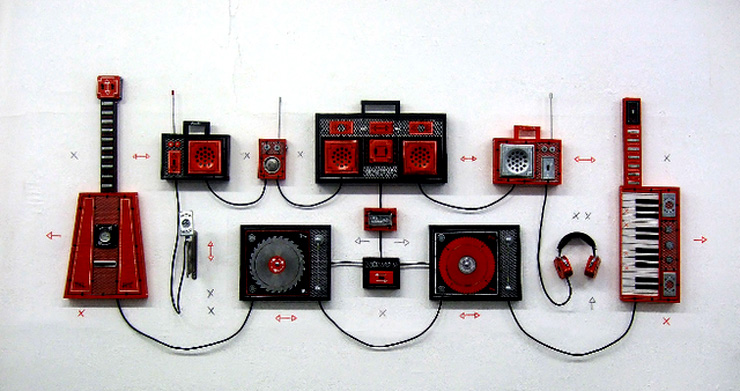 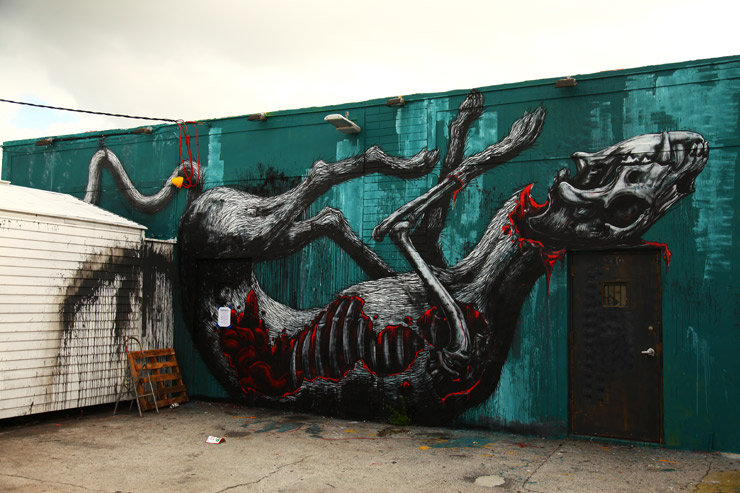 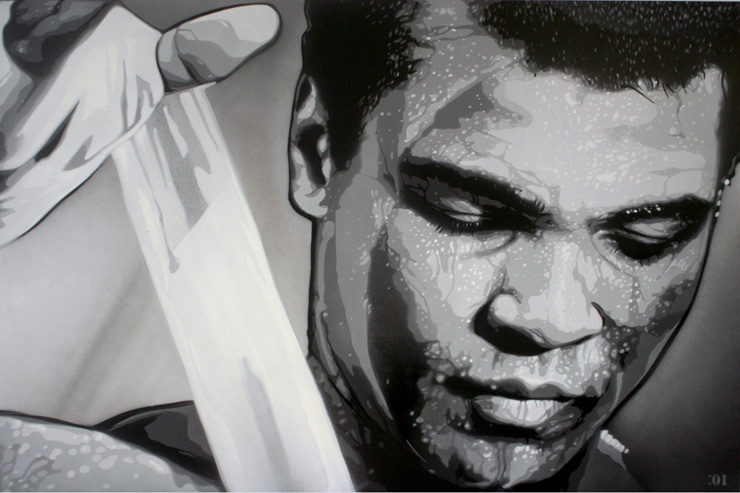 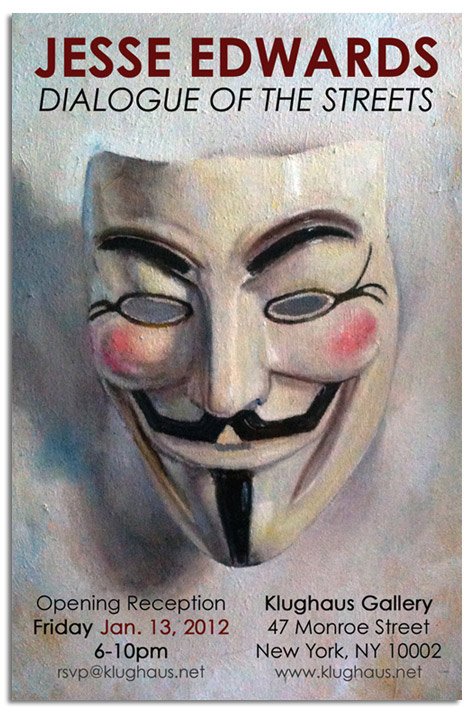 “Dialogue of the Streets” will feature a selection of Edwards’ strongest paintings produced over the last two years, including the classic landscapes and unconventional still lifes he is known for. Edwards’ rare appeal lies in a uniquely successful ability to cross-pollinate the classical 19th Century style of the Old Masters he idolizes with a contemporary subject matter from his personal street life. His oils on canvas are as likely to depict a marijuana plant or a crack pipe as they are a calming Tompkins Square landscape. A still life of a Playboy, a sock, and a jar of Vaseline is rendered as tenderly as a sweeping view of a Pacific Northwest park.

Folks today is the last day we are accepting submissions for our Holiday Giveaway Contest “12 Wishes for 2012”. Hurry! The prizes are great plus you can be featured on BSA along some great artists working today on the streets. 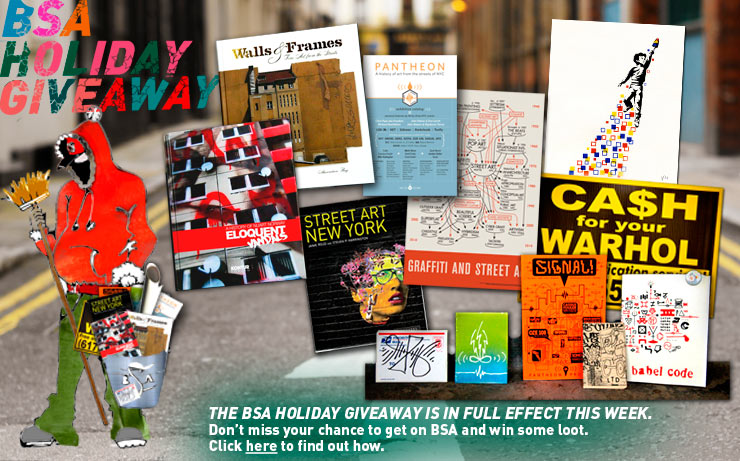 Tonight at Urban Folk Art Gallery/Brooklyn Tattoo, a dual show of photographer and artist and friends. 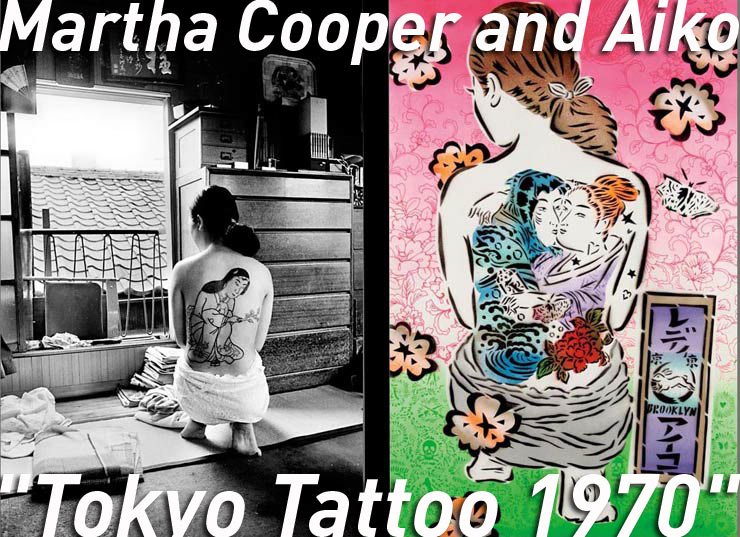 Martha Cooper will be exhibiting photos from her book, and Aiko, internationally renowned stencil artist will be displaying work inspired by Martha’s work directly related to the book. 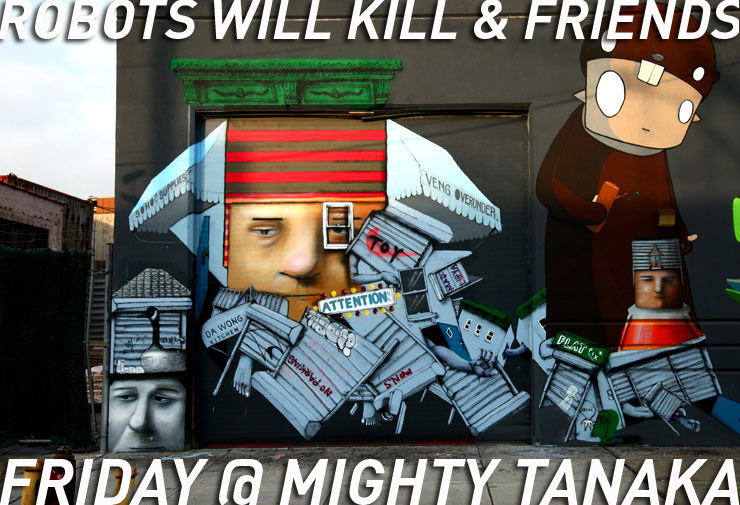 In Los Angeles, esteemed photographer and BSA collaborator Bryan Mier AKA Birdman’s show “Wish You Were Here” opens today at Novel Cafe. Wish we were there! 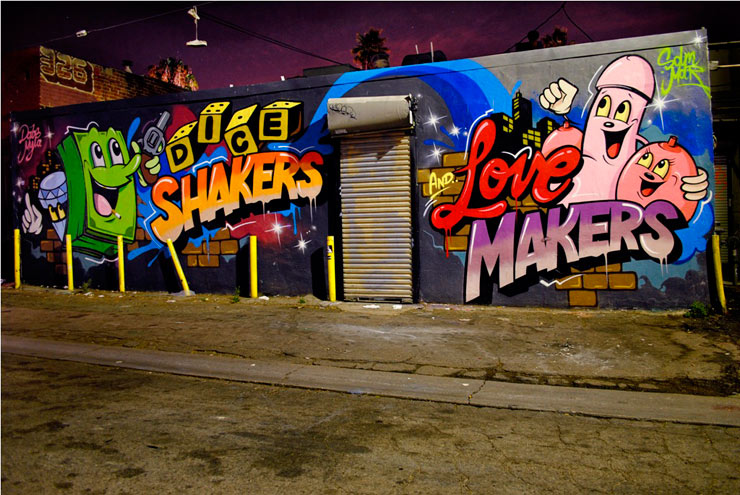 Birdman’s exhibition, “Wish You Were Here,” will feature his adventures in the art world. Including shots on roof tops, night sessions and rare images of artists up close working on murals.

French Artist C215 new solo show “Smoke Gets In Your Eyes” opens on Saturday at the Shooting Gallery in San Francisco. 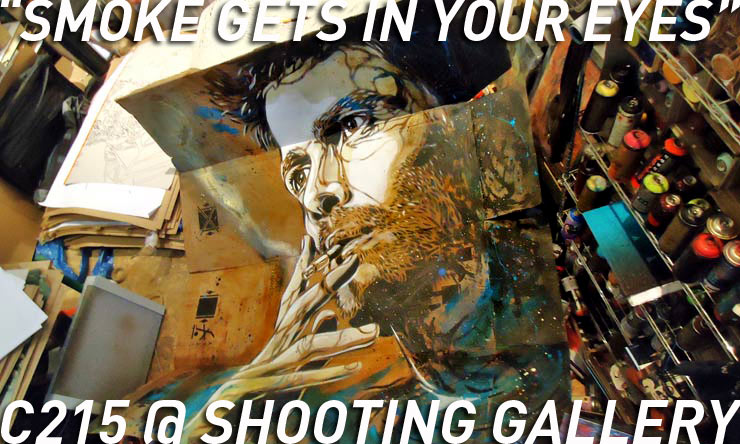 Christian Guémy, also known as C215, is a Parisian street artist known for his intensely emotive stencil portraits. C215 began painting six years ago, and has since brought his work all over the world, from New Dehli to Istanbul.

Geoff Hargadon invites you to the reception of his solo show “Dealers Protected” on Saturday at the Gallery Kayafas in Boston. 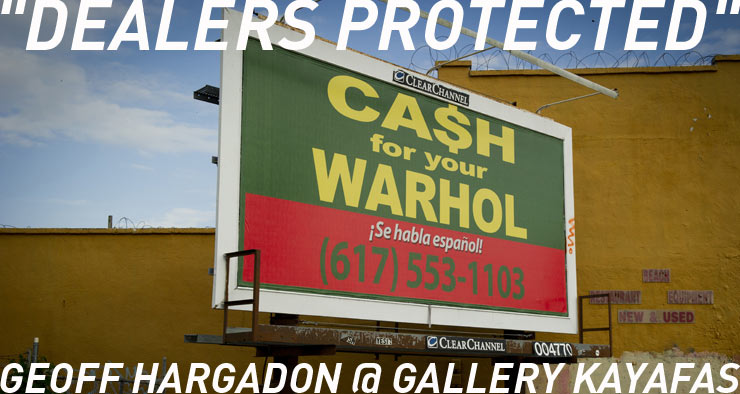 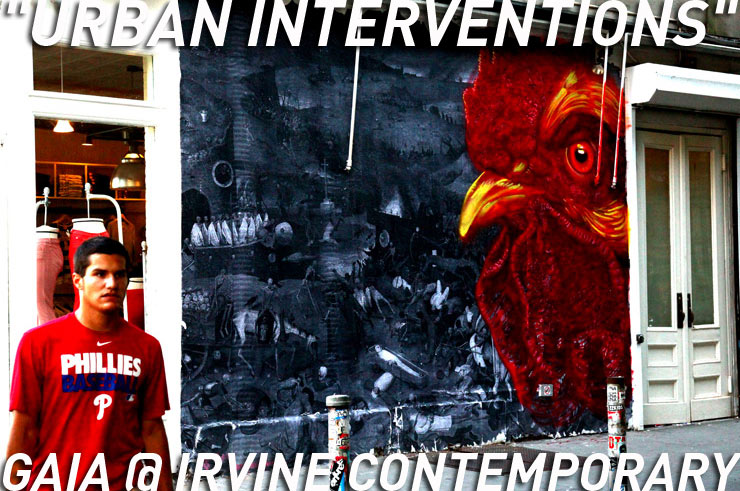 “Home For The Holidays” A group show that includes works by Faust, Moody and Katsu among other artists at the Klughaus Gallery in Manhattan. Click here for more details.

Have no idea what he is rapping about but there are some sick tricks here.

Home for the Holidays 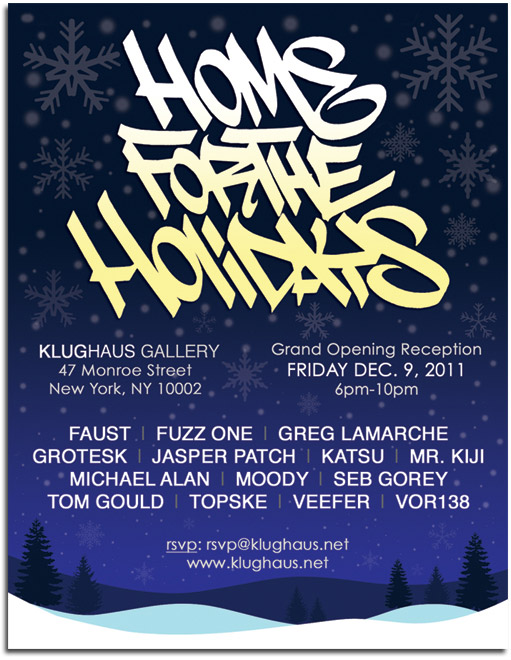 The opening reception on Friday, December 9, 2011 will be from 6:00pm-10:00pm. All are welcomed to attend the reception and may RSVP by emailing rsvp@klughaus.net.