As you scan the skies this weekend for bright lights at night you are likely to see a lot of new Street Art in NYC that has suddenly exploded.

At a steady march French Street Artist JR and company is taking over walls in New York during his campaign of installations culminating in multiples in the Bronx this weekend, bursting like the crescendo of fireworks at the end of a show. Similarly Shepard Fairey is in town for a few more days getting up with some new aesthetic and political stuff he’s been working on around the city. In time for this weekends celebrations and commemorations, Street Artist General Howe has put up a brand new hand carved print (his first?) of the skeletal remains of a soldier, expanding on his themes of war and Brooklyn’s historical connection to America’s bloody founding.  If anyone thought that Spring had given us a deluge of Street Art in New York City, it looks like Summer 2011 is going to set some records, and not just on thermometers. 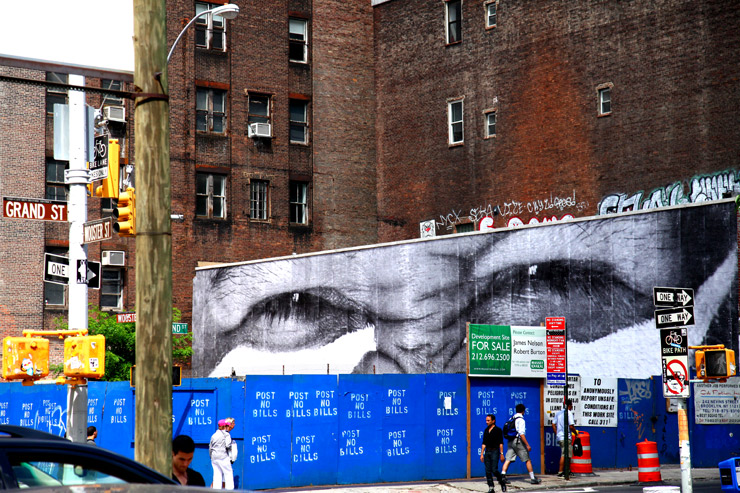 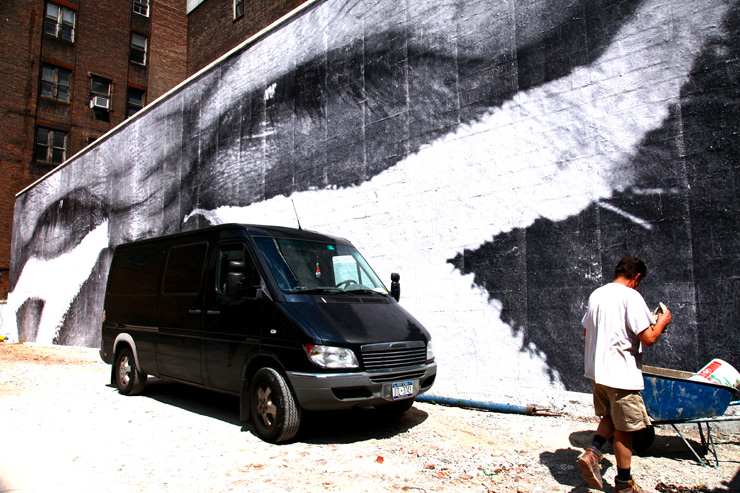 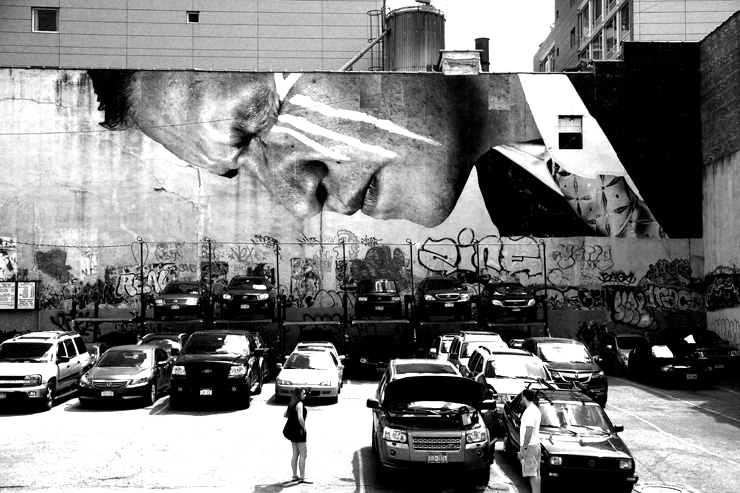 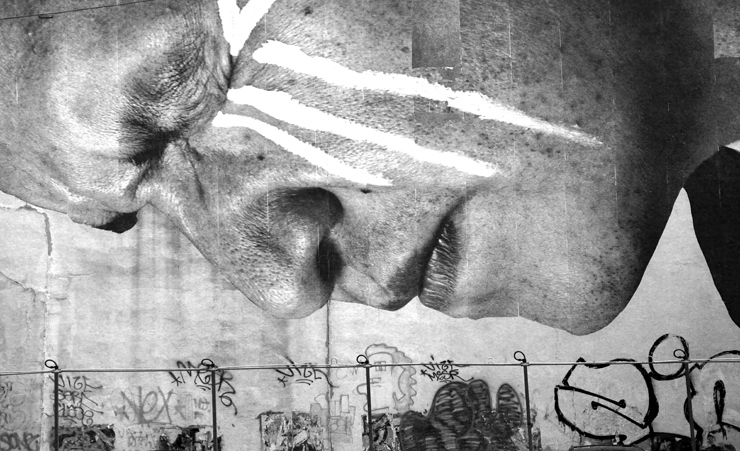 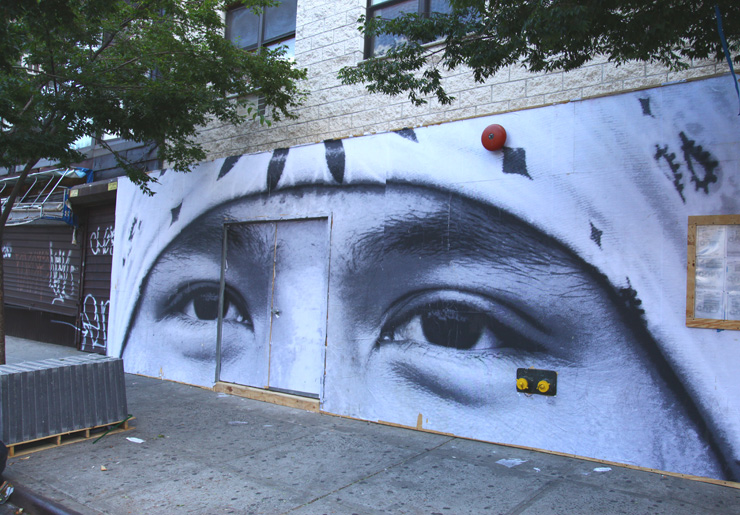 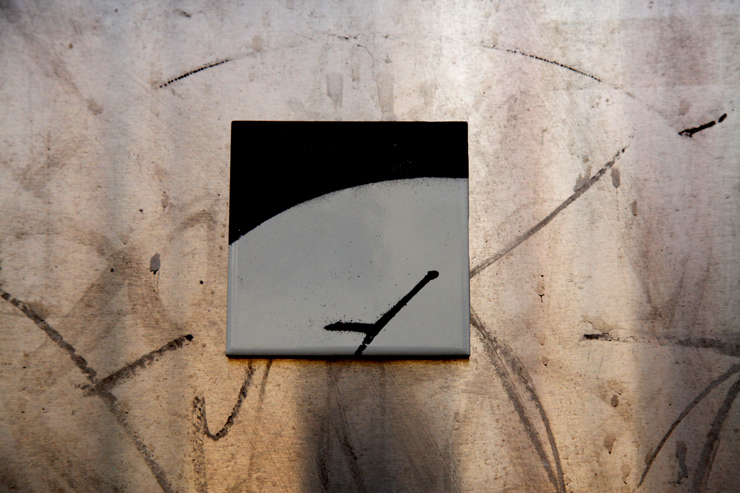 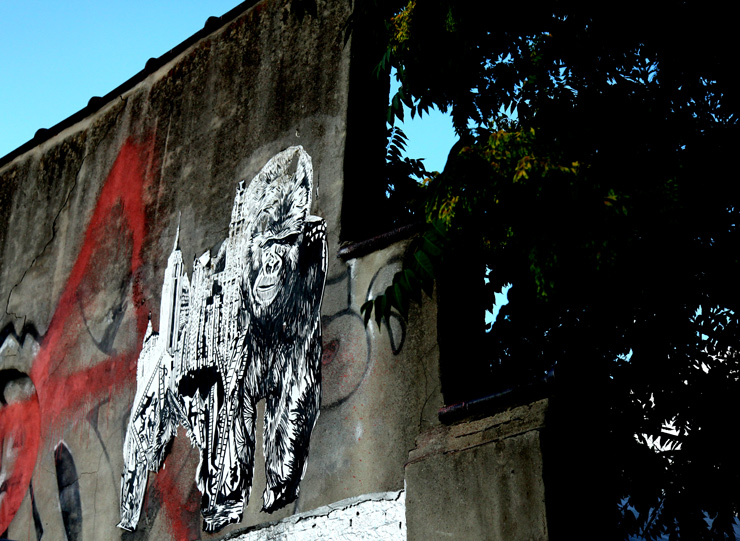 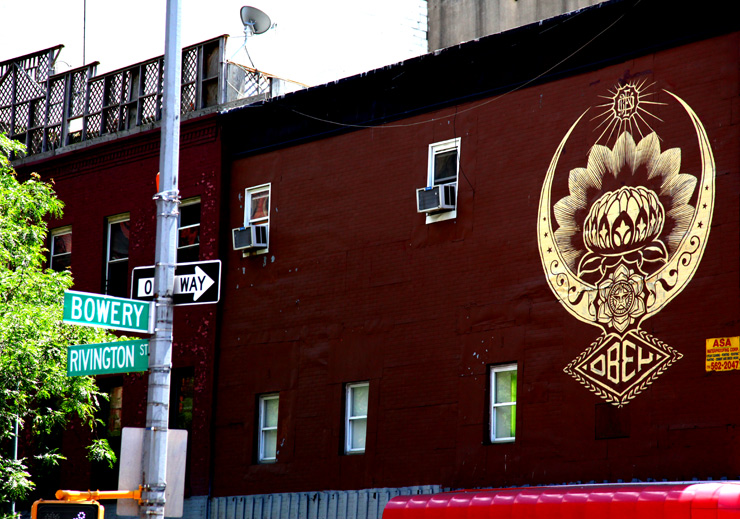 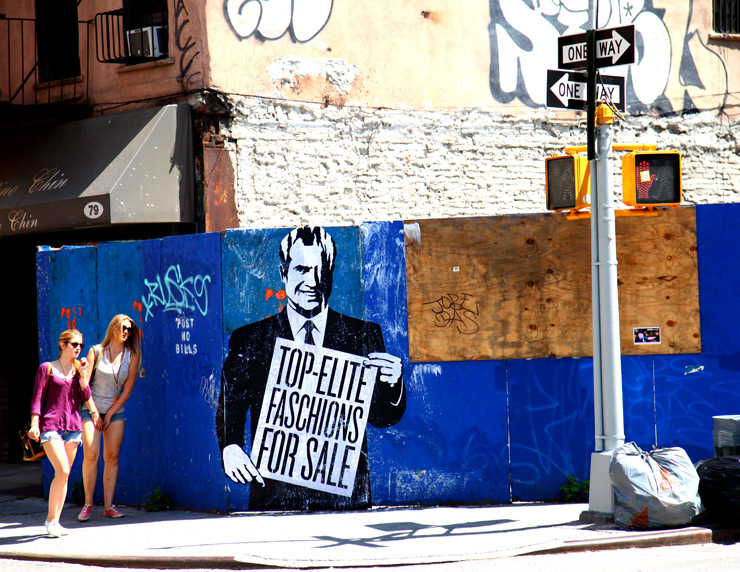 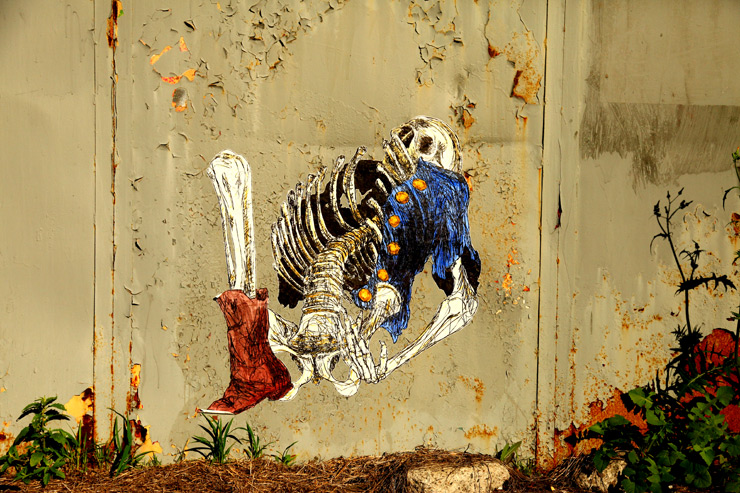 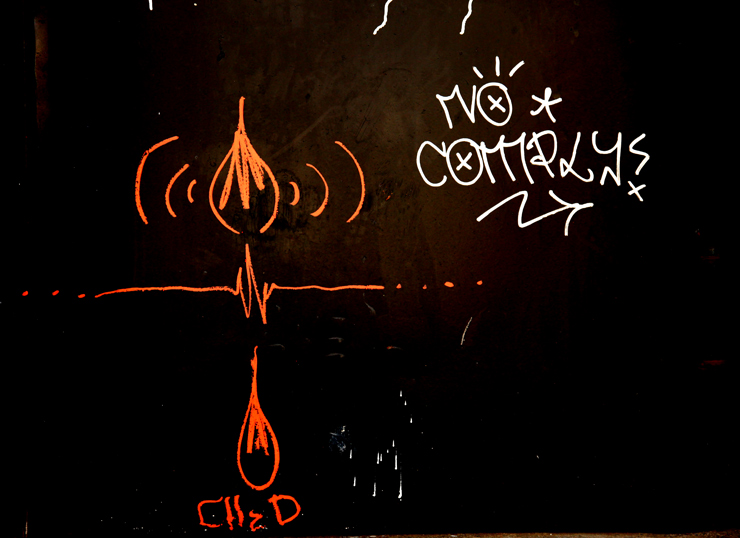 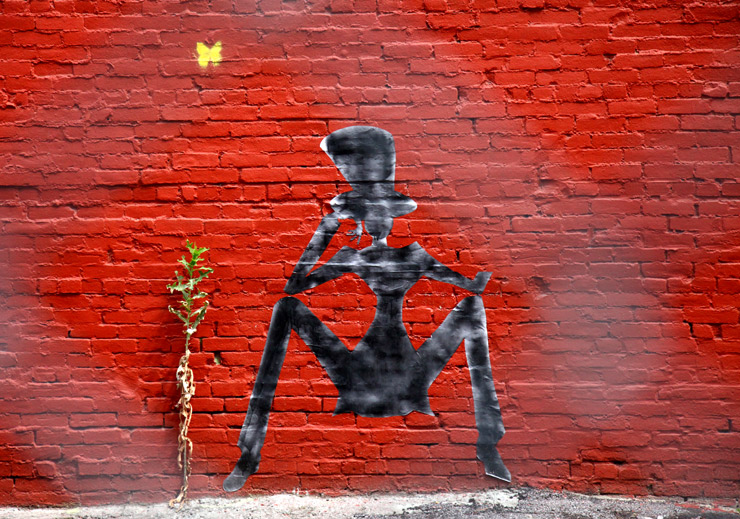 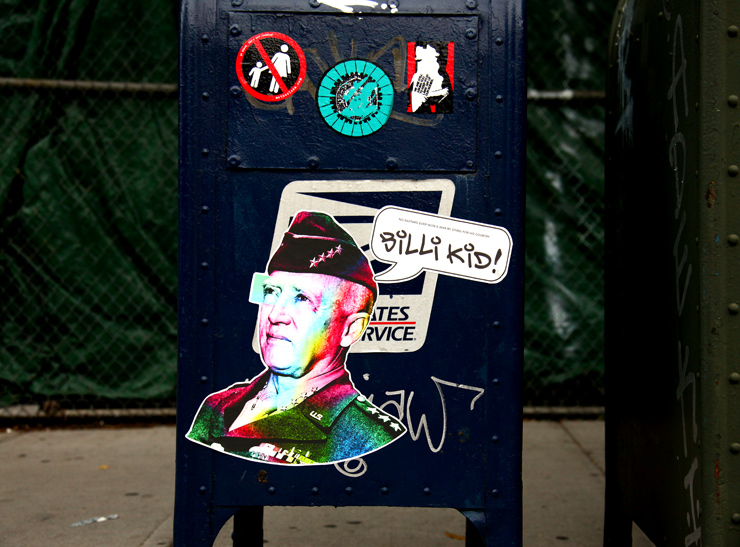 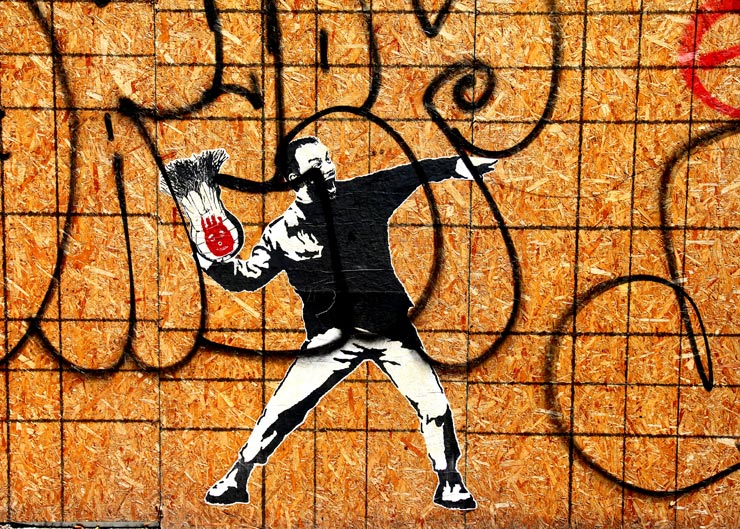 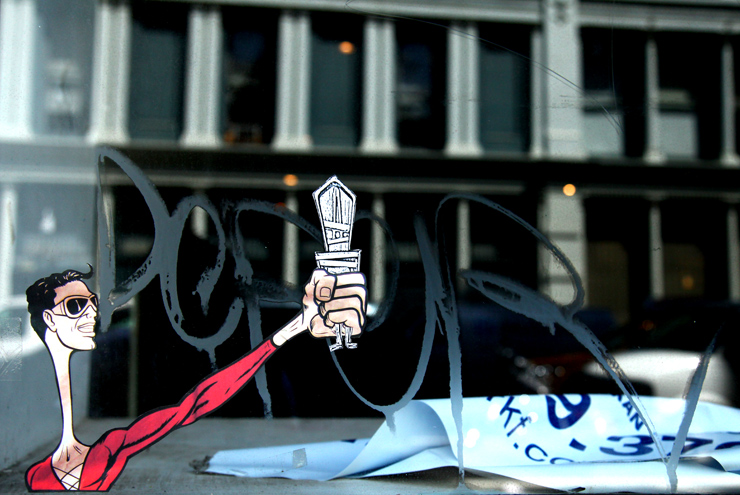 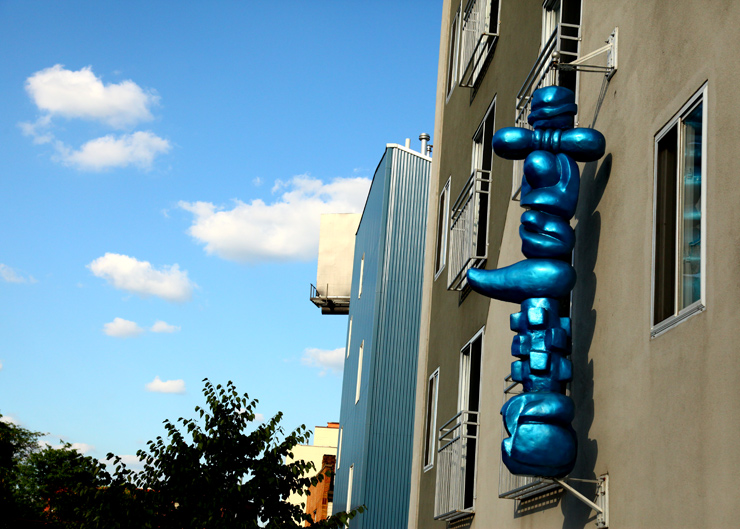 This sculpture is on a wall of a private residence. We don’t know the artist.  (photo © Jaime Rojo) 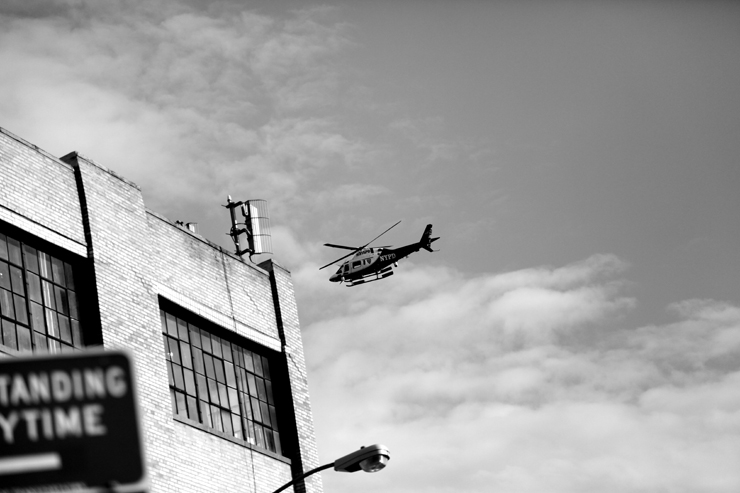