“If this was New York, this would be the place they dumped the bodies,” says Martha as she and Martyn Reed scope out the new location for her drizzly outdoor light show after hours. Nuart 2013 had a stroke of genius when the international Street Art festival didn’t invite the famous photographer as a documenter but rather as an artist – an important distinction that may be overlooked by many graffiti and Street Artists when speaking about the work of photographers sometimes. 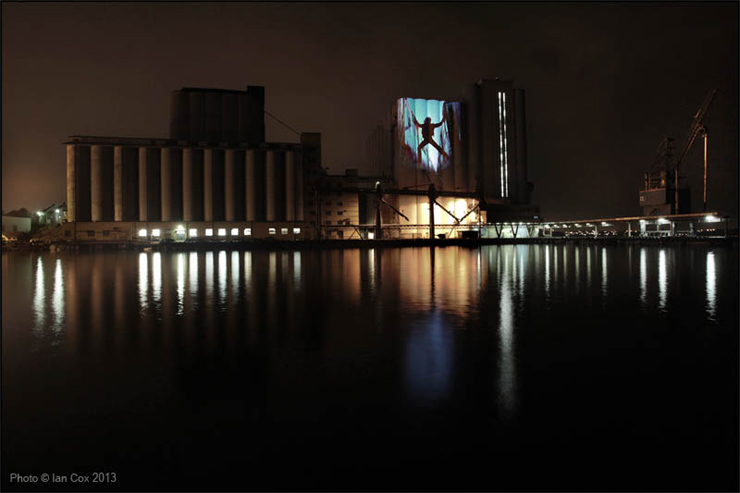 Martha Cooper’s iconic photo of graffiti and train writer DONDI, perhaps one of the most famous of Ms. Cooper’s images, is projected on silos in the Stavanger Harbor. (photo courtesy of NUART 2013 © Ian Cox)

The crew lit up the night in the dodgy part of the Norwegian town using car headlamps for their work and with a projector Reed says costs about $350,000. Not part of the official program, the team was determined to splash some of the 1,300 slides from Cooper’s 50+ year career as large as possible like a beacon. “It was in the dead of night, and pitch dark,” says Reed.

Using a rented van and a portable power generator, the boom of charged particles soon blasted upon the large rolling expanse of an industrial canvas, and with the help of other talented photographers, these exclusive images capture the nocturnal scene for BSA readers.

Special thanks to Ian Cox and Kay Donnolly. 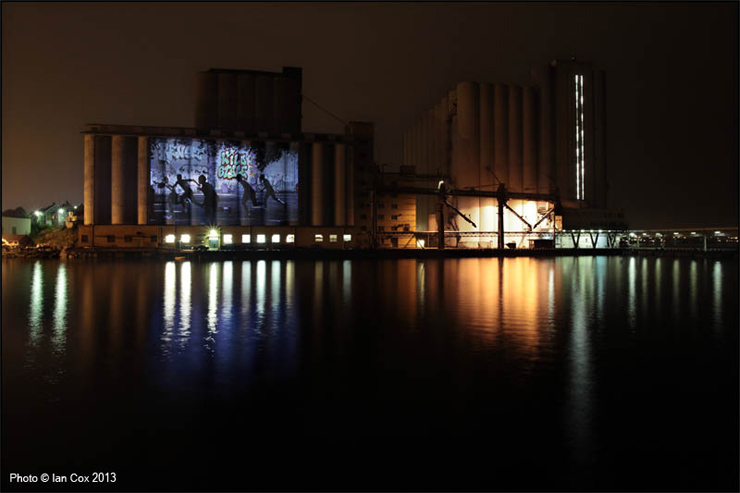 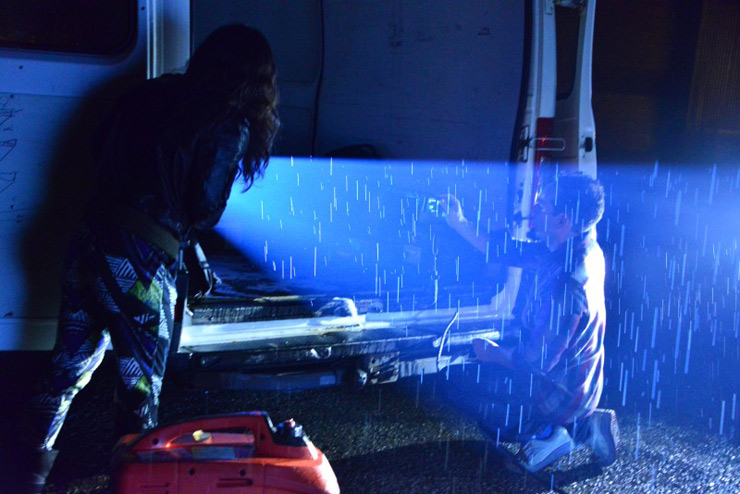 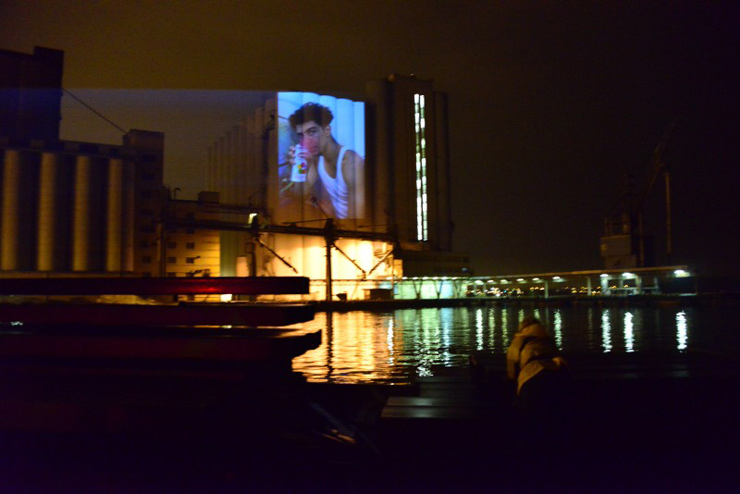 You know who is on the screen, but who is that in the foreground? (photo courtesy of NUART 2013 © Kay Donnolly)