As traditional cultures grapple with technological change that appears at lightening speed the most successful ones are neither rejecting nor accepting it fully: rather they are integrating. While broadcast television had a homogenizing effect on world culture for decades, today’s multi-channel, multi-platform electronic ecosystem affords people the chance to retain local flavor and customs while still texting and surfing and gaming and videoing their girlfriend on a skateboard. 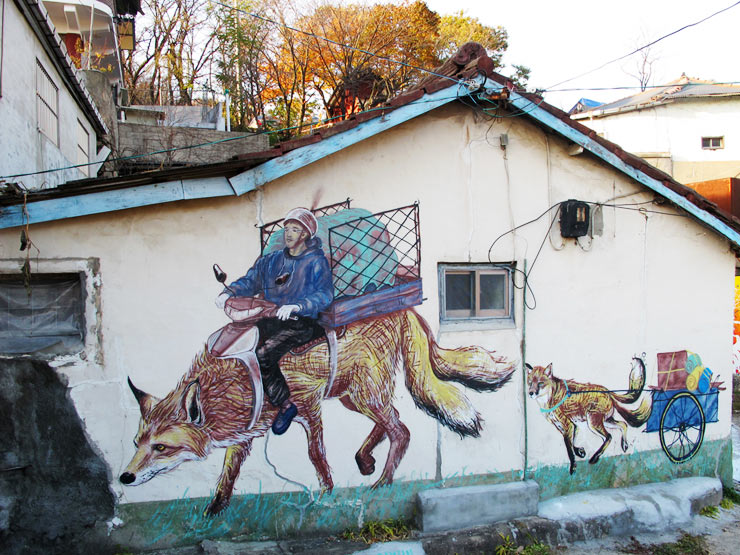 Brooklyn-based Street Artist LNY just returned from Korea, where he contemplated traditional and modern when creating his pieces on the street. He says he developed the new work as a direct reflection of what he observes as a “fractured state” in contemporary society, with consideration for what it may portend.

“Korea is the future,” he says as he recounts the conversations and kimbaps he had during his visit to Seoul, a city he says is riding the cusp of an economic wave.

“What really struck me was this dislocation between the past: myths, legends, magic, tradition, and the future: a country rising to the top of its hemisphere and a city that rivals Tokyo or New York in all aspects,” he says when describing new pieces. An adroit observer, LNY was also contemplating the now traditional colonialist attitude that a Westerner brings to a visit here, and how his own feelings were affected while trying to be clear-eyed. 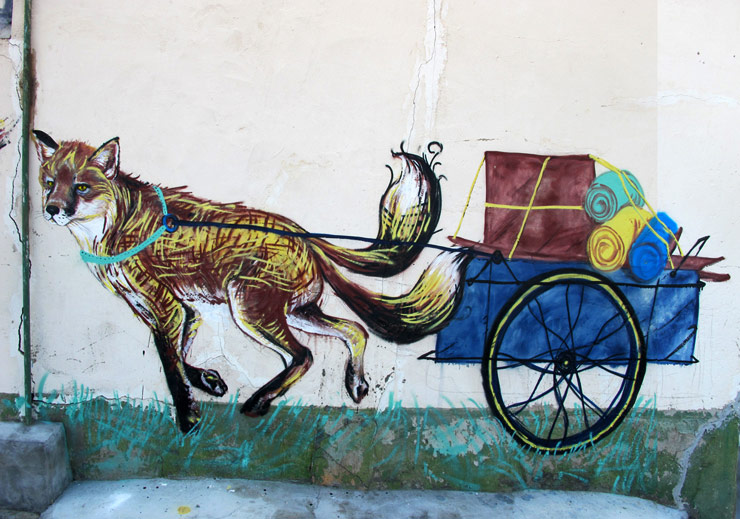 “Like the moment when you take a small bus, packed with people, jetting around old streets. The bus is being guided by GPS and four cameras that give the driver a 360 degree view of his vehicle while he watches TV on the same device that is hanging next to the steering wheel,” he recounts with some wonder and a sense of irony. “All of this is happening while I’m going to paint next to an old temple in a remote neighborhood where the kids get a better education than most American college students. At the same time they are afraid of the shamans and animals that I’m painting because the culture looks down upon these old myths.”

His pieces are full of myth and symbolism, with simple storytelling and psychological underpinning. Transmitted through personal networks on handheld electronic devices, they could not be more hand-made and contextual. It is good when the work reflects the culture and the experience. “This is where the work is coming from and I wanted to share it with you guys,” he says. We’re pleased to share it with BSA readers. 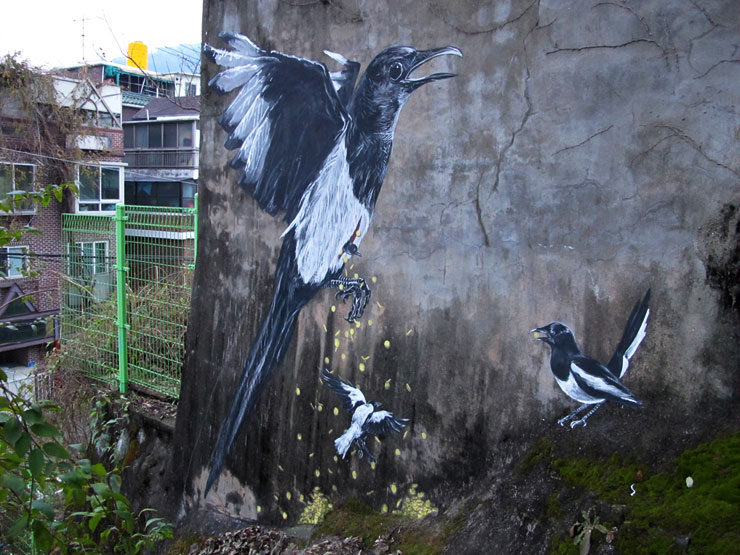 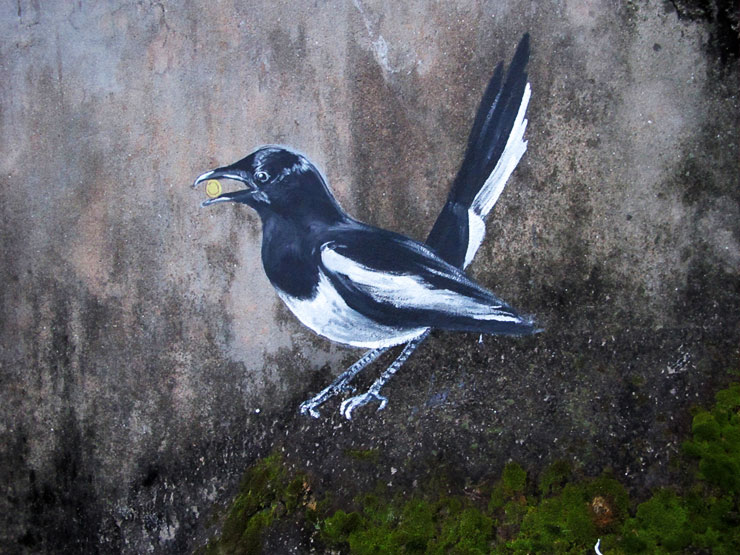 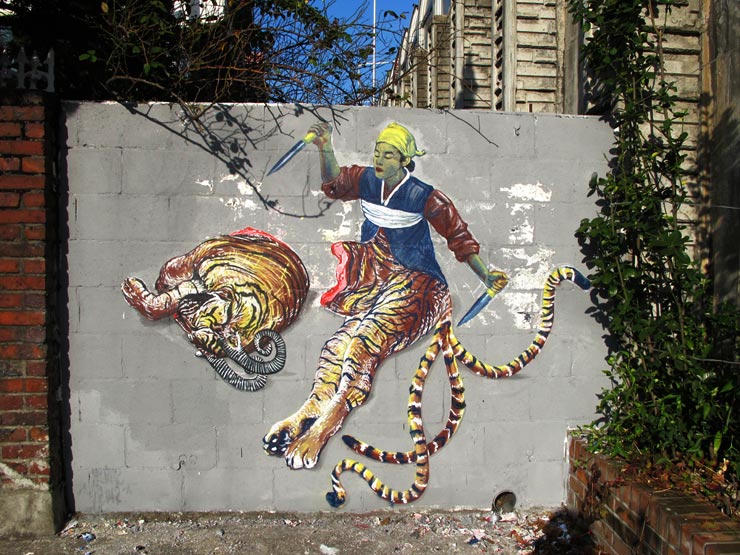 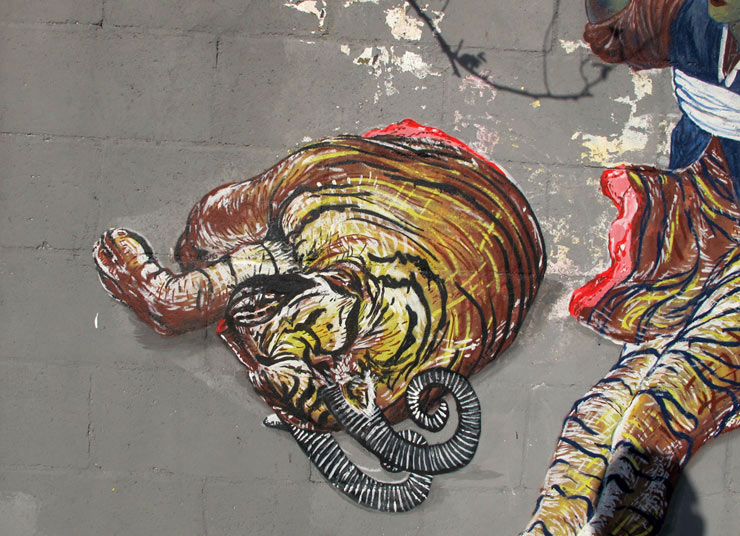 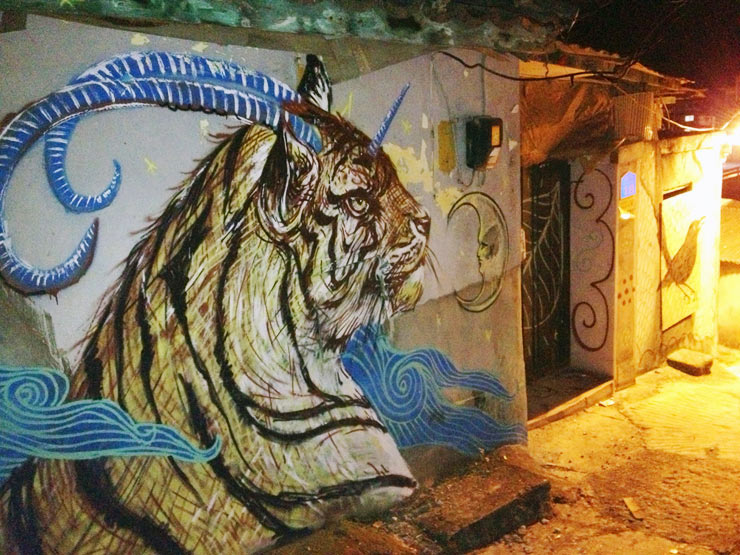 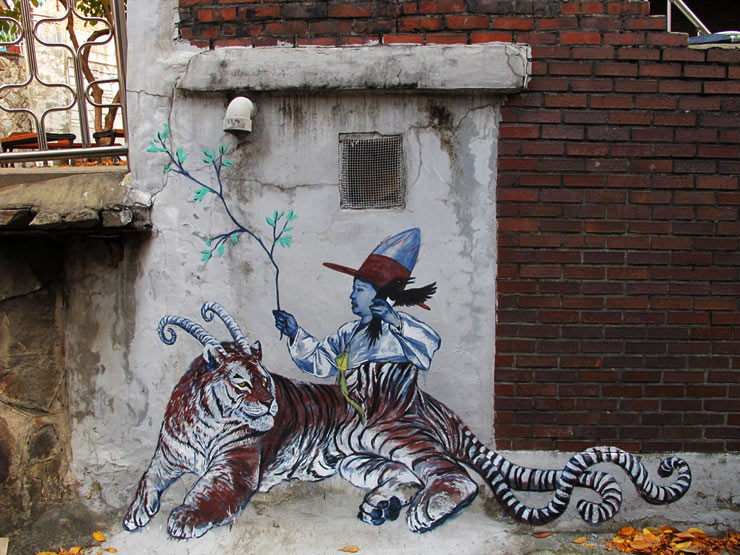 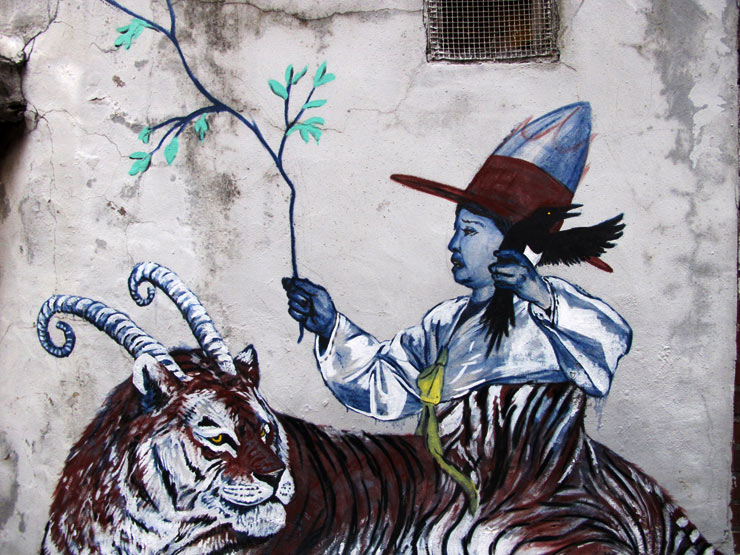 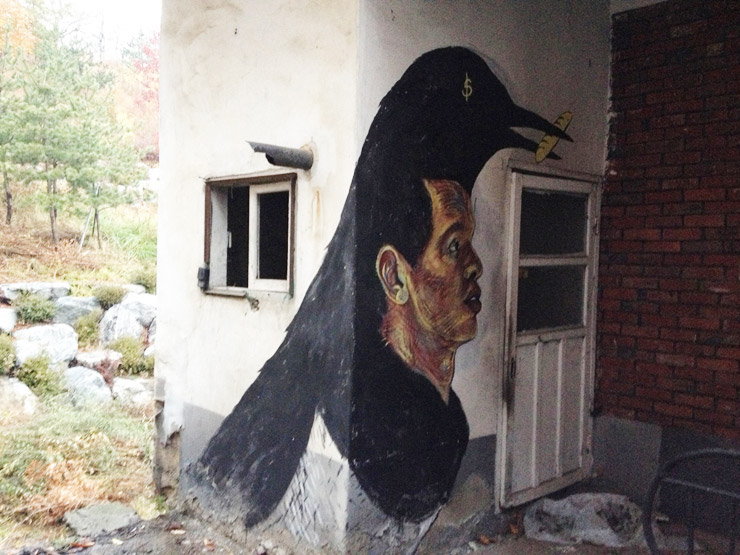