It’s good to have sense of humor in life, helps you get through it actually. Like remember when your dog died and you thought that pretty much that was the end of the world as we know it and you didn’t want to live and you didn’t ever want to see another Collie or even a German Shepherd ever again and you avoided that TV channel that played re-runs of “Lassie”? Then your brother came home and told you a bunch of new fart jokes he learned out behind the school that day while the jocks were practicing football? Those were wicked funny right? That helped a little, right?

Don’t Fret is the name of a Chicago Street Artist who has been putting up comedically human wheat-pastes for a couple of years now and every time you see one you gotta chuckle. He makes inside outside jokes that you can relate to – but doesn’t pander. Tonight if you are in San Francisco you can go see a bunch of new work by Don’t Fret and get a greater appreciation for the scope of internal thoughts and considerations that this creative mind gets sidetracked and entertained with. 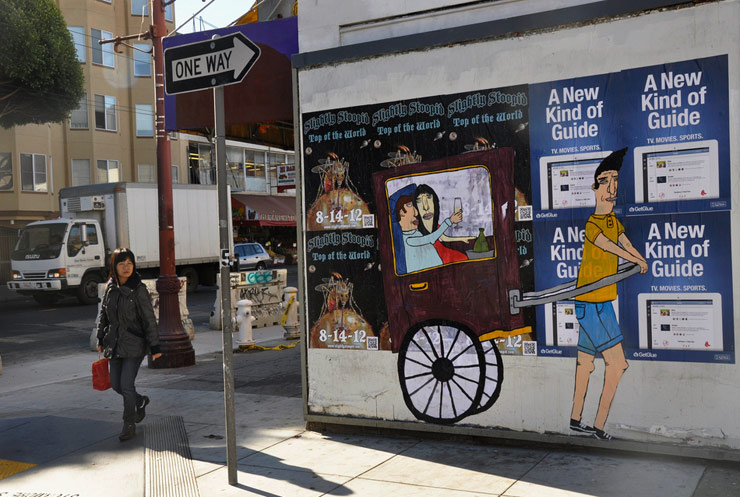 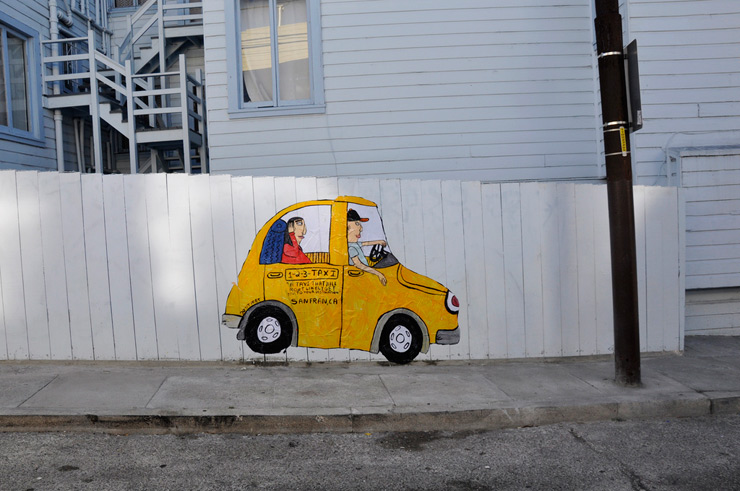 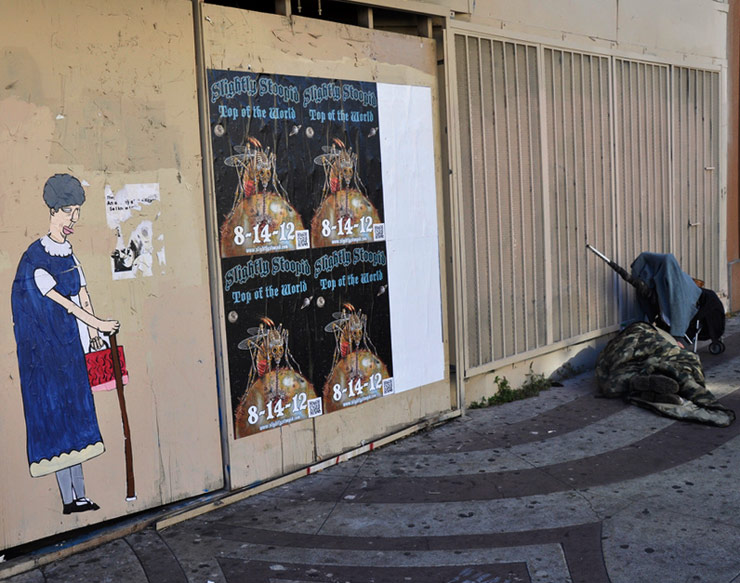 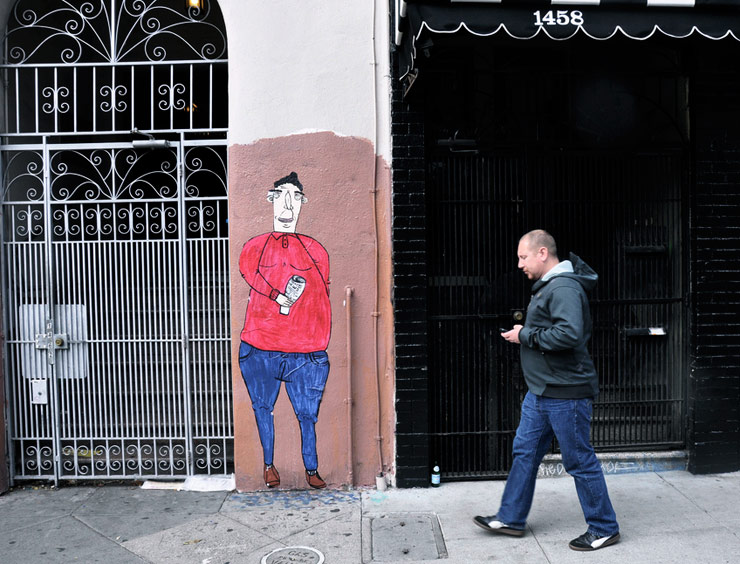 Don’t Fret solo show “No Shoes, No Shirt, No Chardonnay” Opens tonight at the Grand Bizzare Gallery in Chicago. Click here for details on this show and make sure to watch the teaser video below: 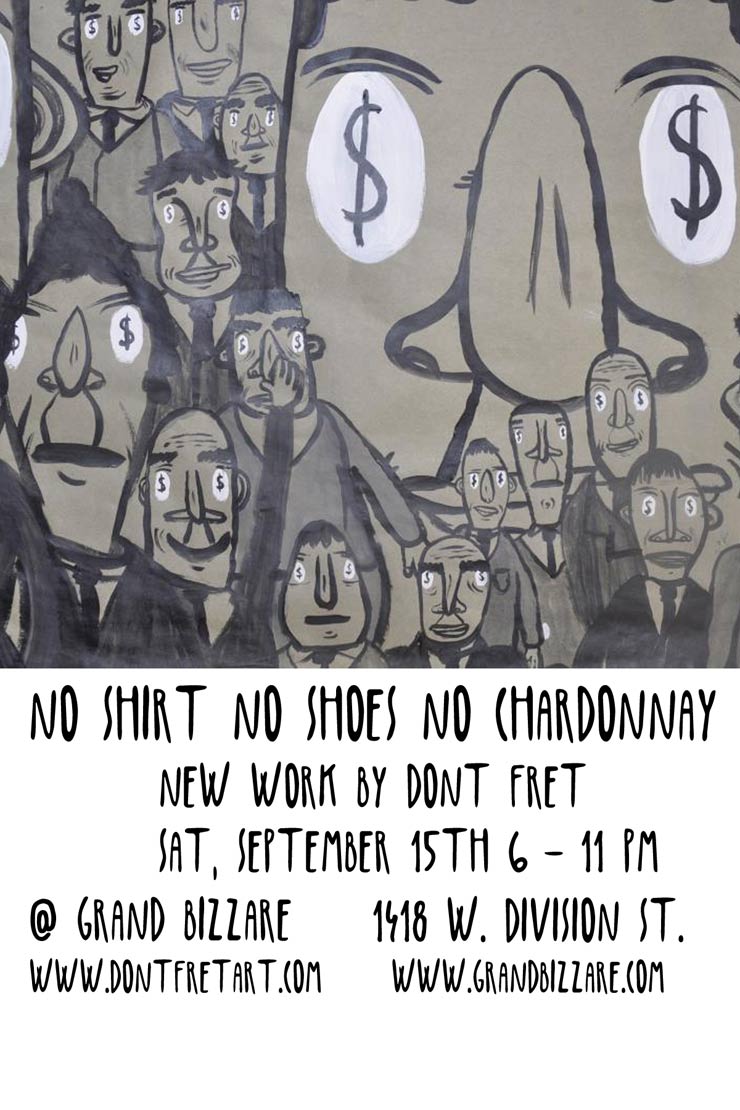 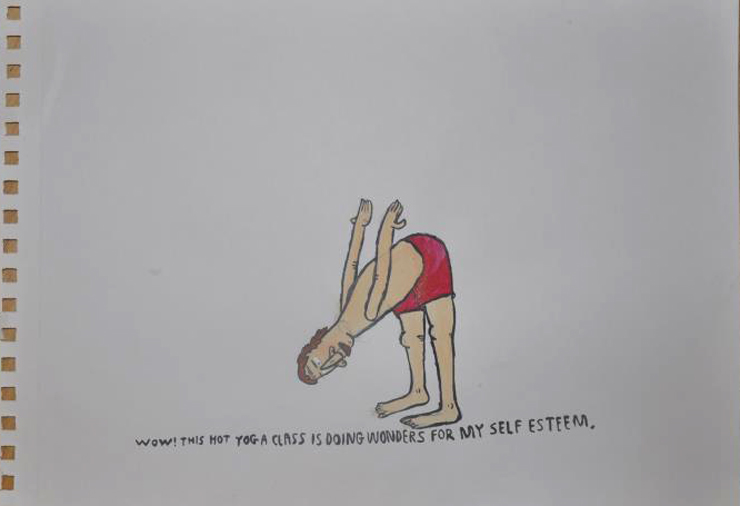