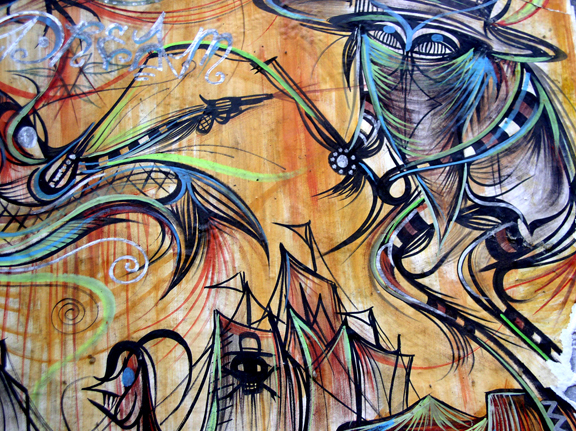 A look at some of the weeks finds from the gallery on the street.

I Should Just Pull Over and Wipe These Off (Mr. Theodore) (photo Jaime Rojo)

Thou Shalt Use Thy Cellphone at All Times (Obey, Shepard) (photo Jaime Rojo) 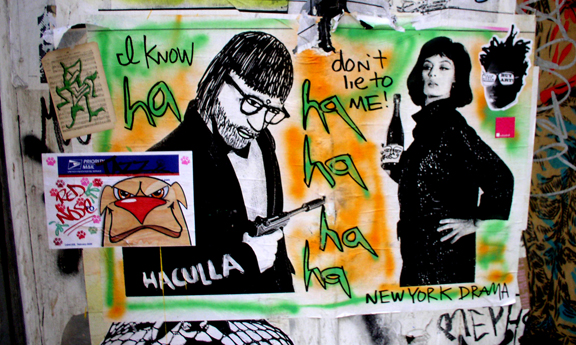 Some people have been working hard in their studio, Haculla re-emerges, and there looks like a new taper on the street – this time electrical tape.

Mom, there's nothing to Do!  (Deeker)  (photo Jaime Rojo)

Can You Help Me Put this On? (Nohj Coley) (photo Jaime Rojo) 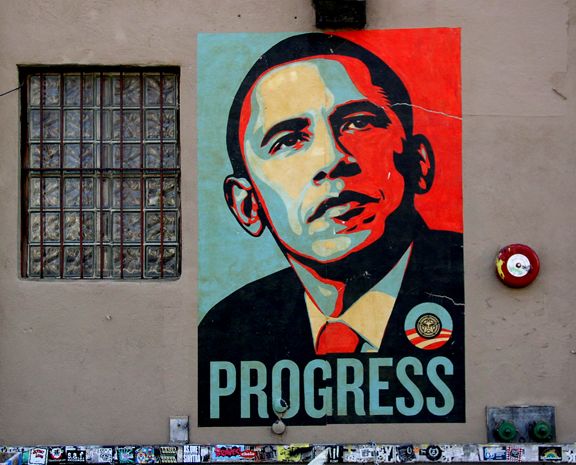 Does it have something to do with feathers? (Moody, Nome de plume) (photo Jaime Rojo)