This autumn in New York
Transforms the slums into Mayfair* 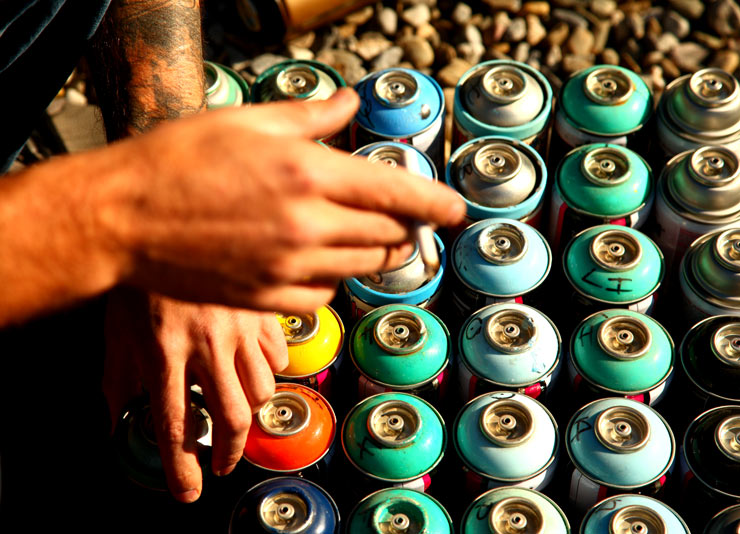 Don’t know if it was Mayfair but the Bloody Marys were spicy and the late autumn sun was shining Saturday in this back lot in Brooklyn. Gilf! Invited some buddies over to experiment on a corrugated metal wall for the afternoon, and the vibe was relaxed and fun as TipToe, Clown Soldier, Quel Beast, Bishop 203, and Gilf! took time to try some new ideas and just let the creative spirit run free. 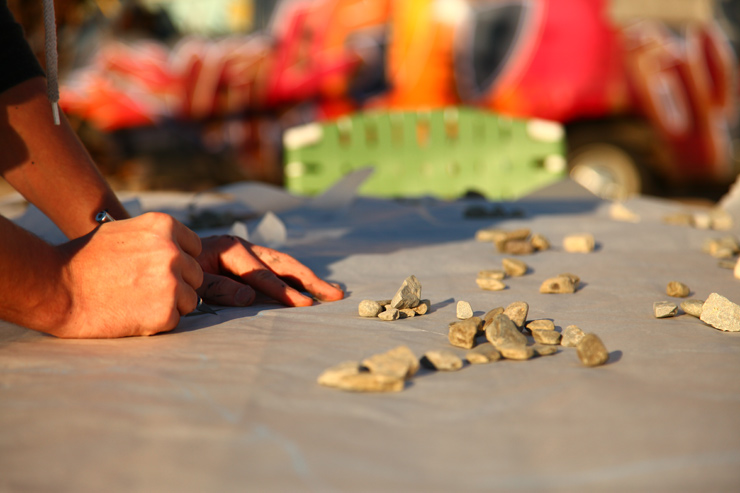 TipToe cuts a waxy translucent paper, which he applies in layers to create a gossamer effect. (photo © Jaime Rojo)

A perfect sort of salon for BSA; Artists borrowing supplies, giving opinions when asked, offering insights, trading techniques, introducing new friends, noodling around, discovering… When it comes to free time for discovery and walls to try new stuff and hang out with creative peeps, there is only one thing to say. “More please!” 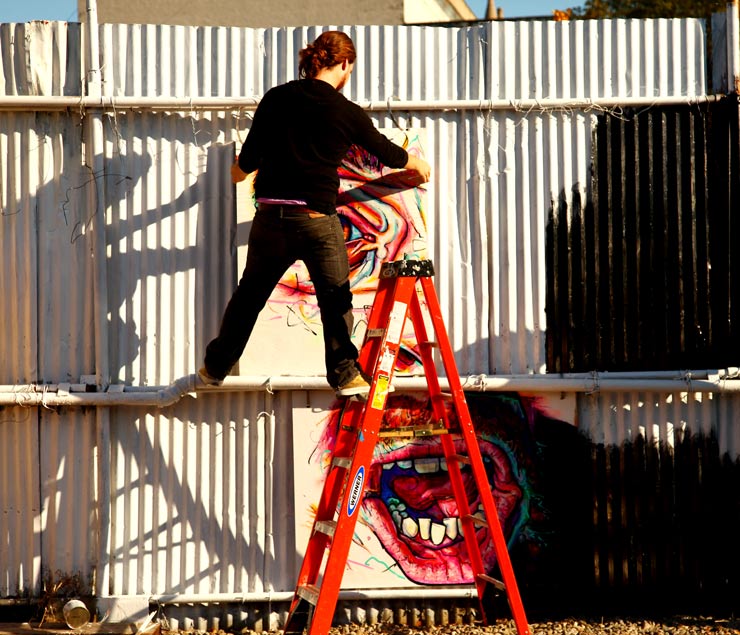 Quel Beast fits his panels to the corrugated panel, effectively re-inventing the space with his technigue.  (photo © Jaime Rojo) 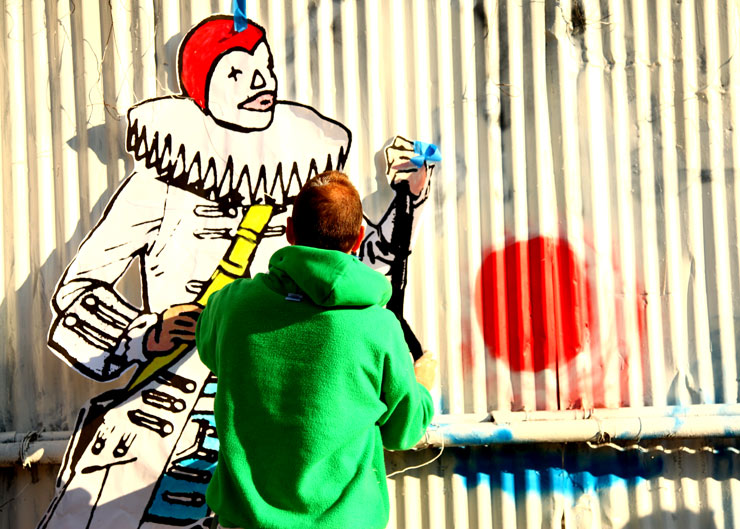 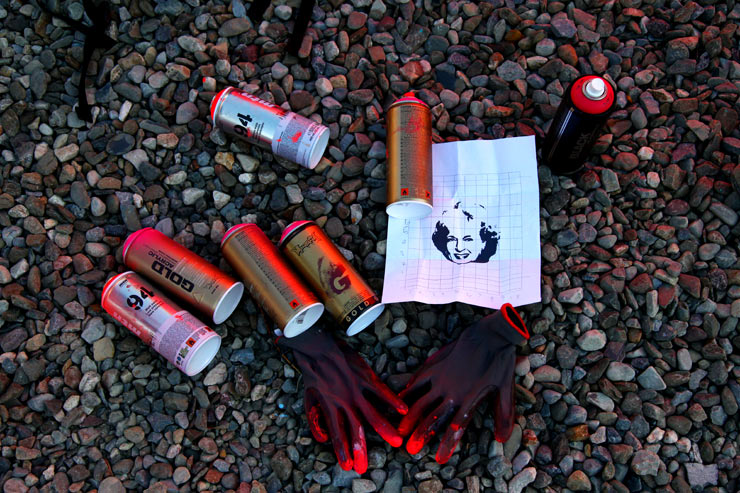 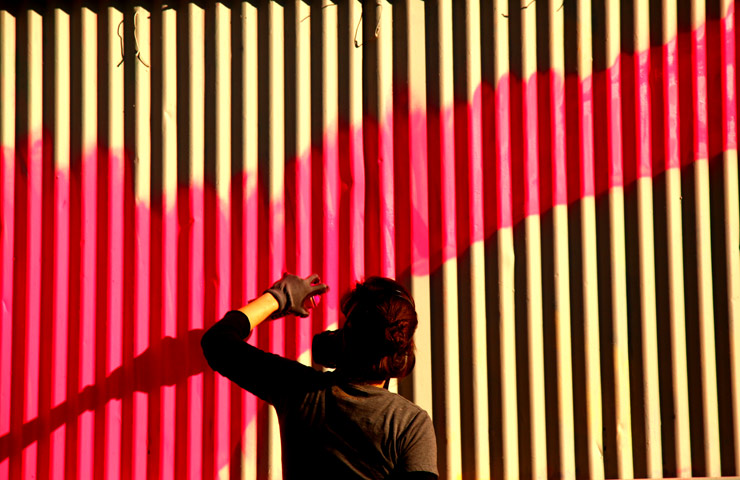 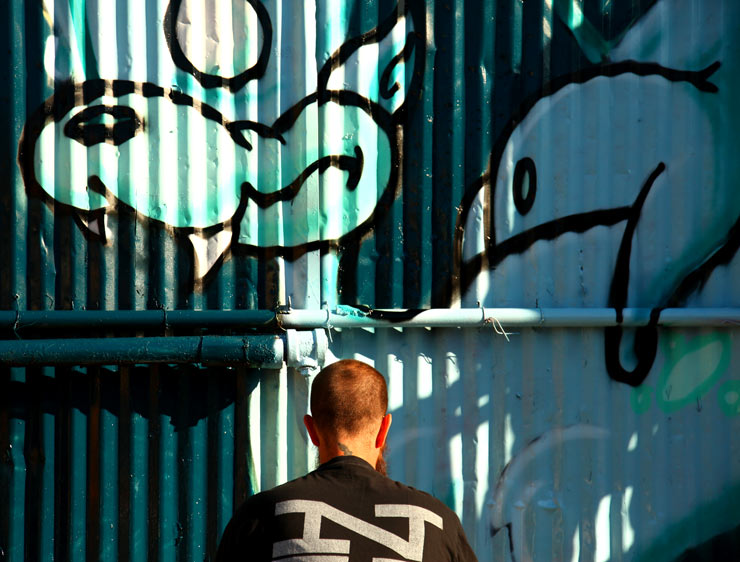 Bishop 203 has experience with these kinds of walls, and says he digs ’em. (photo © Jaime Rojo) 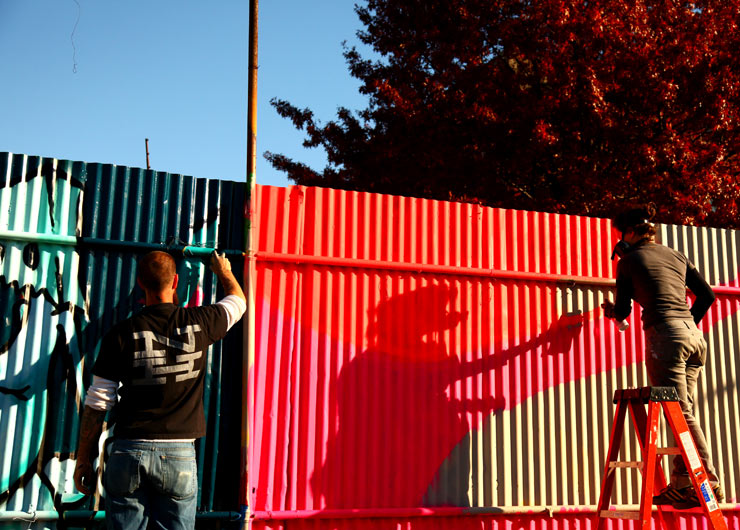 Bishop 203 and Gilf! and the autumn sunlight. (photo © Jaime Rojo) 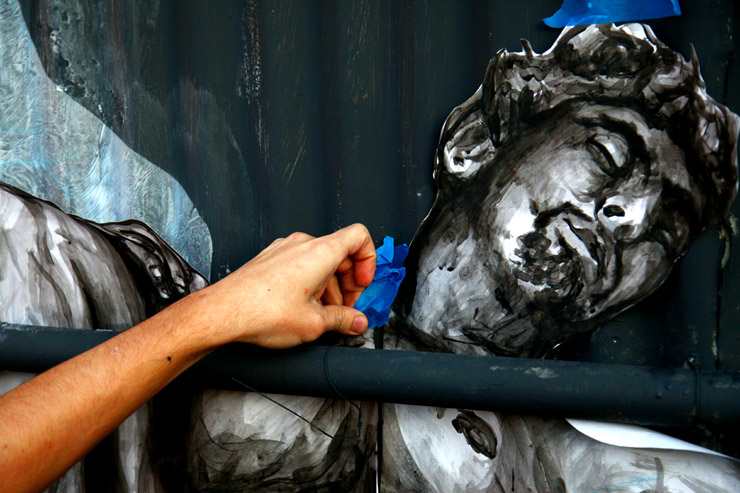 TipToe anchors his piece before wheat-pasting. Dude is a scientist about how to mix the best paste, btw. (photo © Jaime Rojo) 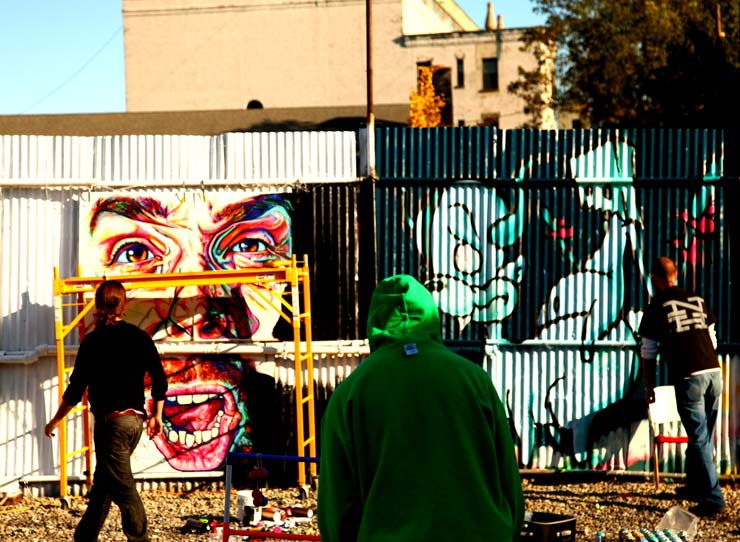 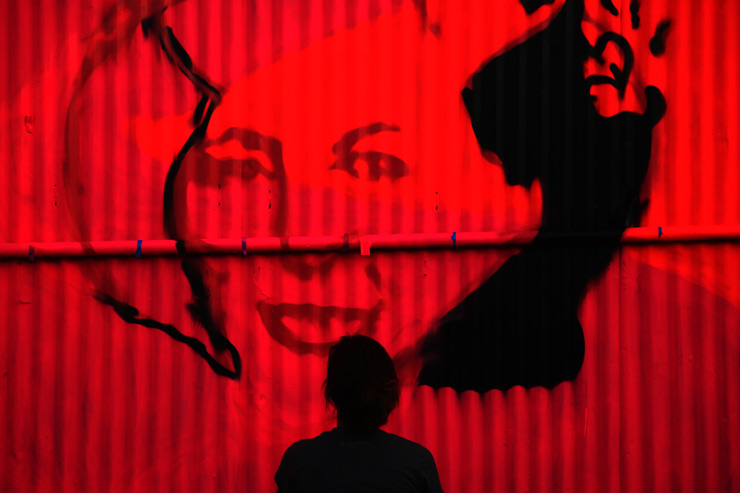 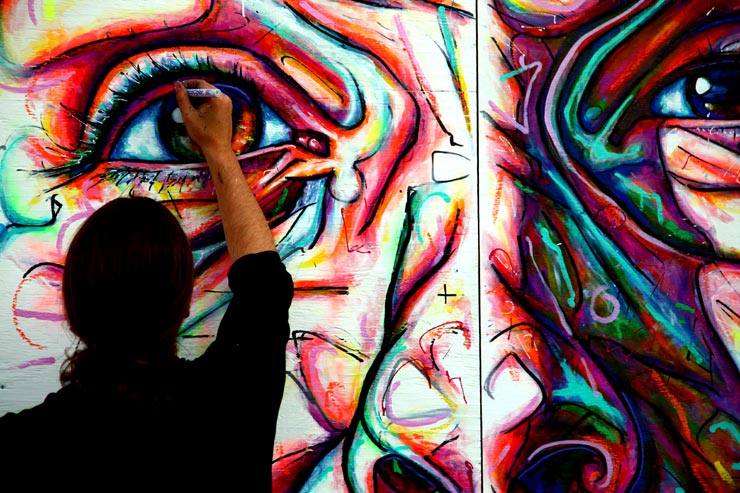 Quel Beast added a lot of dimension and form and shading with posca and handpainting. (photo © Jaime Rojo) 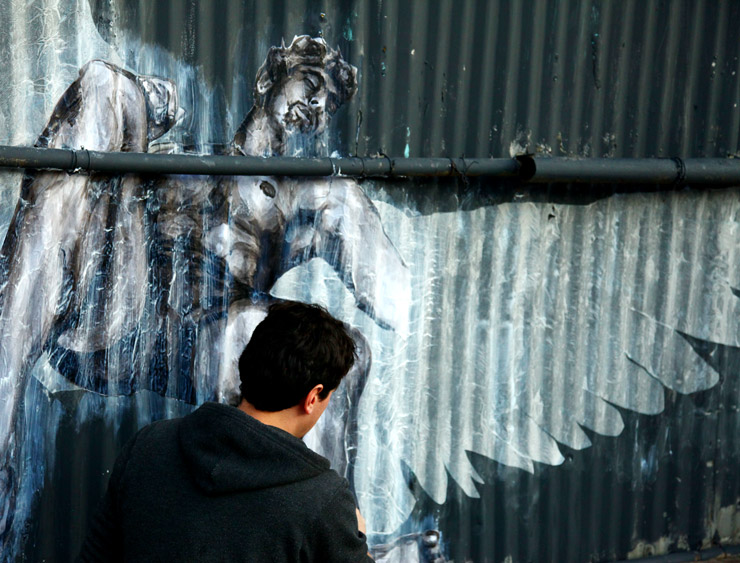 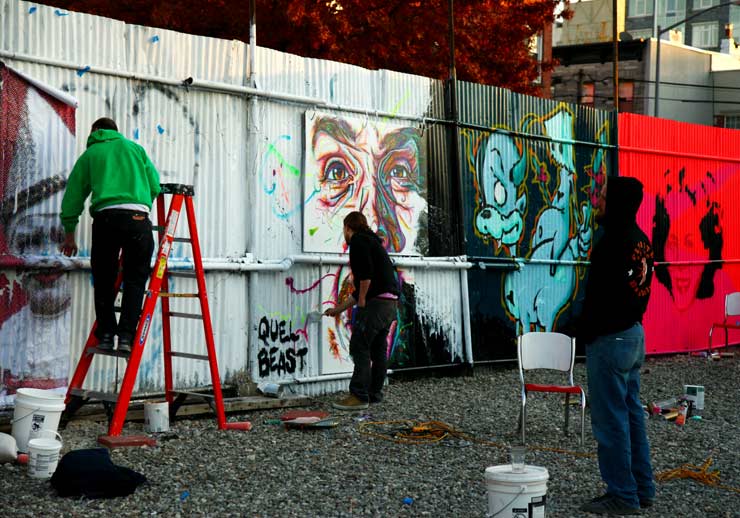 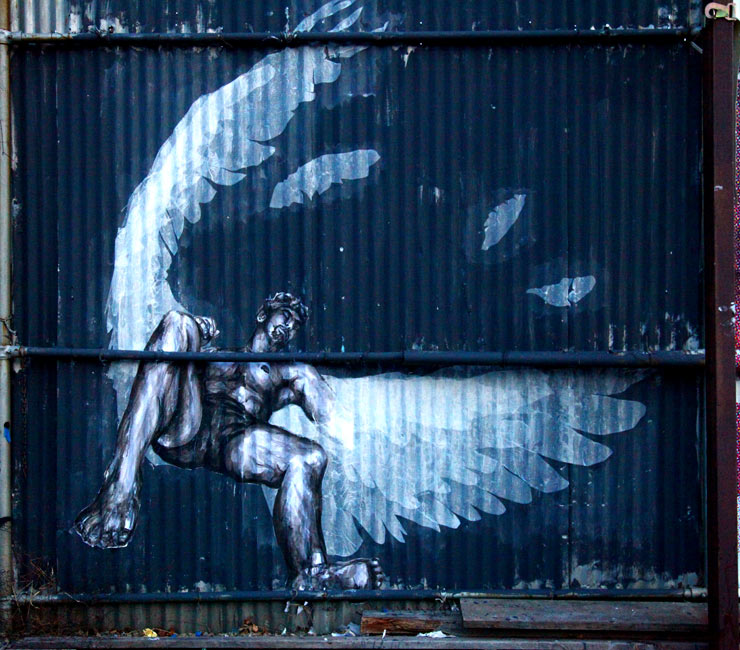 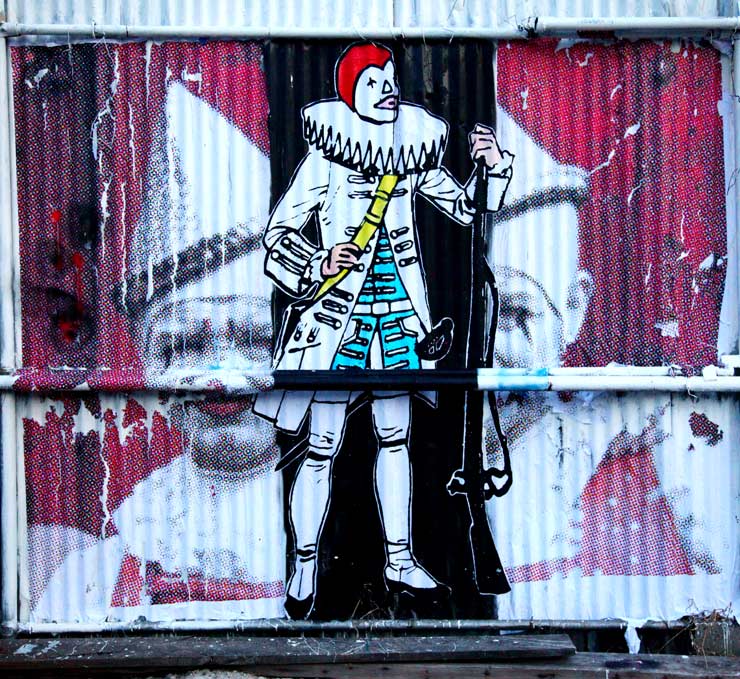 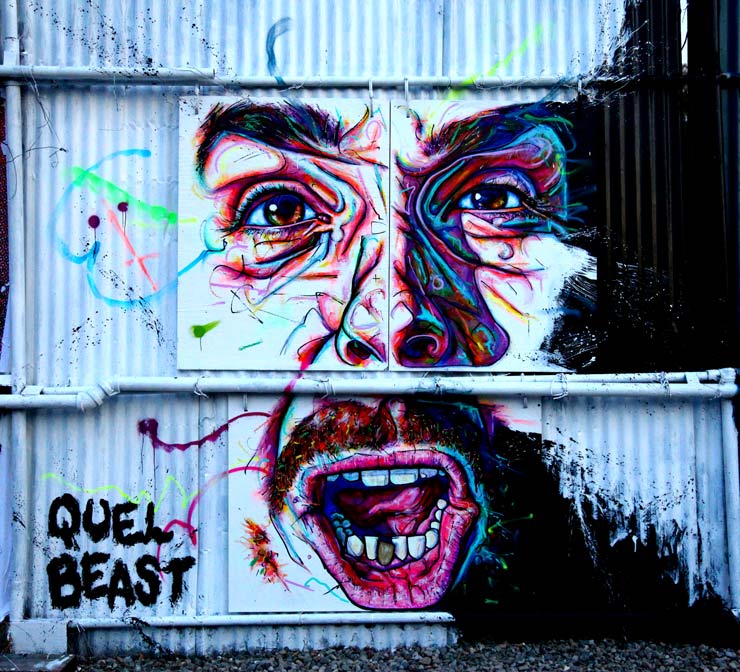 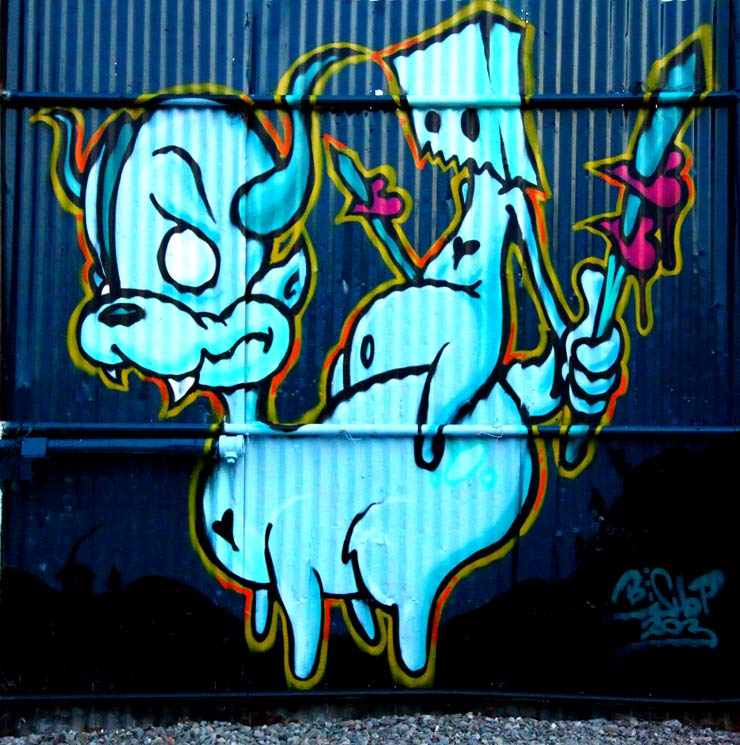 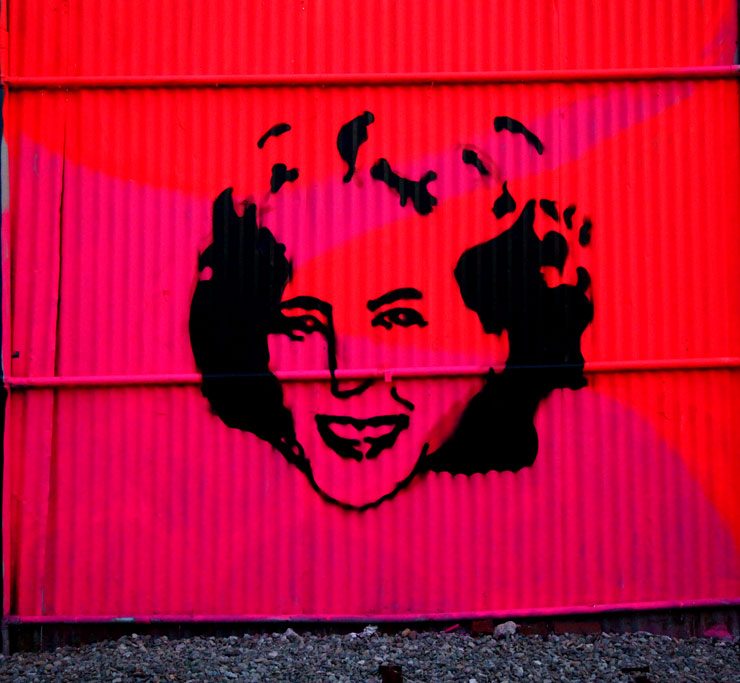 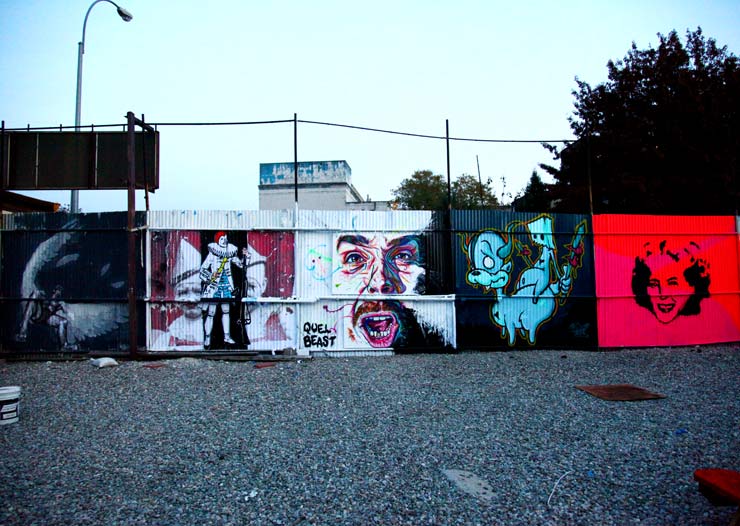 * lyrics to “Autumn in New York”, by Vernon Duke