It’s always interesting to try to unpack the cryptic meanings of Street Art pieces that suddenly appear. In the end, you have to depend on your own interpretation of pieces, because their authors are not around, and there are no helpful little placards to explain the piece to you. Over the weekend a new stencil appeared on the streets of Copenhagen and it caught our eye. It is a take on a popular emblem that promotes understanding and tolerance. According to Sandra Hoj, who runs the blog Classic Copenhagen, it’s “the best spelling of coexist I have seen to date”. In fact, if you troll around the internet you’ll find endless variations, but we wonder what this one is meant to say. 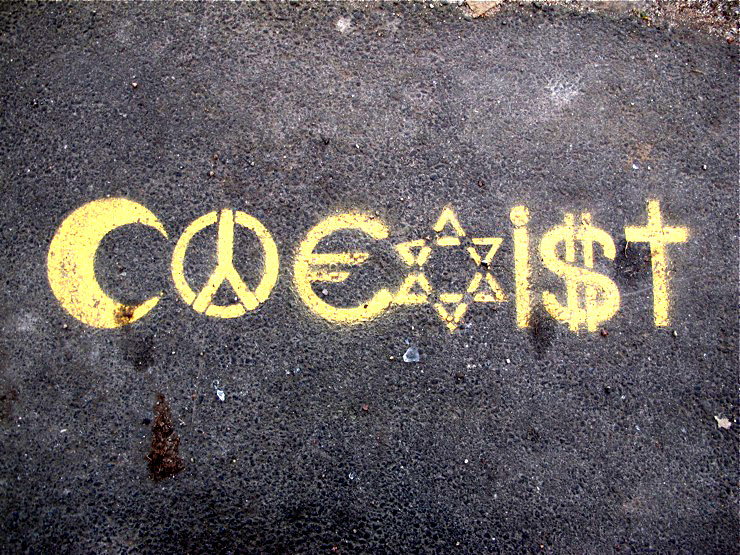 Perhaps the best known version of this combination of symbols, widely used by the rock group U2 and employed to foster tolerance between different people is on this bumper sticker from Peacemonger.org.

But as you might expect, there are a number of variations on the theme – like this one we found on Diary Of An Aspiring Nerd

According to the aspiring nerd, this is the breakdown for these symbols: