Feels kind of like it’s been street sculpture week on BSA since we dove deep into UFO 907 and the Showpaper show at BAM, but we also wanted to just show you a bit of the London Street Art sculpture activity that seems to happen in earnest in more integrated fashion. If you are looking for examples, check out CityZenKane, Doctor Cream, Christiaan Nagel, Issac Cordal, and Space Invader. 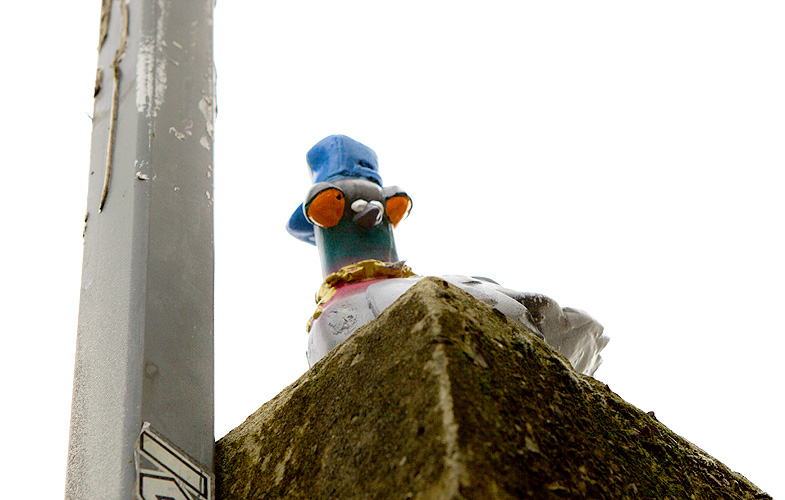 Ronzo on the lookout in London (photo © Ronzo)

And check out Ronzo, an artist/designer/sculptor who has recently been known for putting a certain little bird in selected locations to kind of keep an eye on things. Sometimes with a multi-colored wash, sometimes in a straight concrete hue, these Birdz look like they could take off if you clap your hands. With gold chain, baseball cap and kicks, these B-boy style birdz also join a line of little characters Ronzo developed over the last decade that include a cockroach, a credit card monster, and a little hooded vandal  called “Ed Von Tag”.

Here are some recent images from his site that show the birdz in situ. 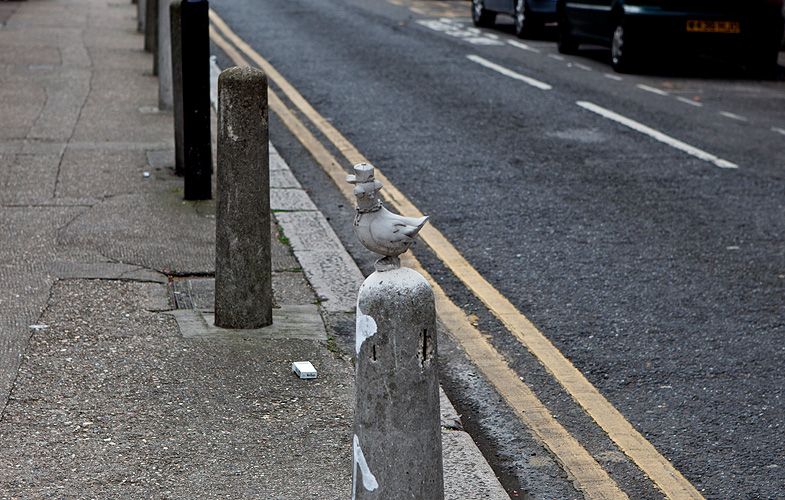 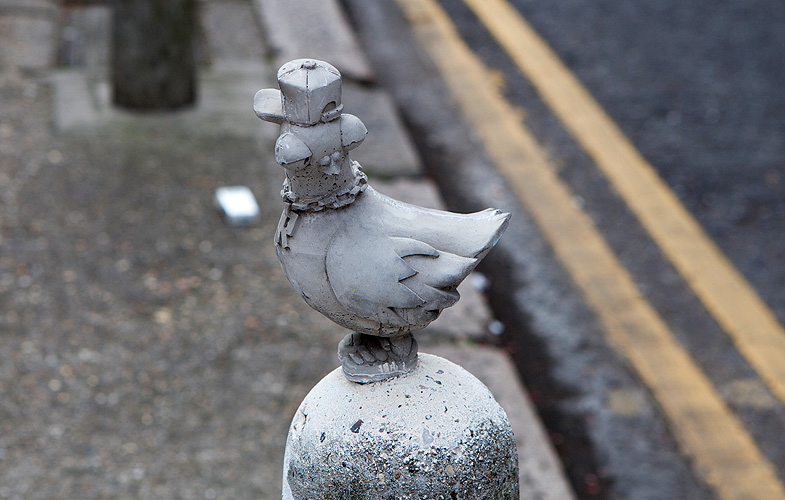 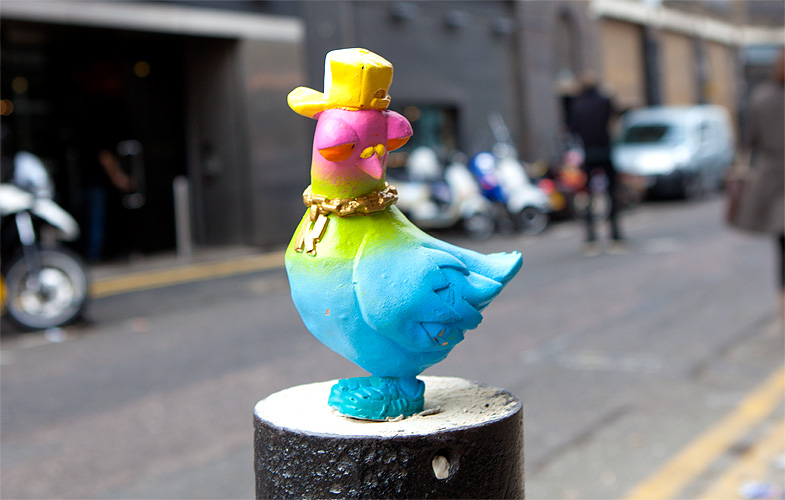 Very Nearly Almost (VNA) put together this inside look into the practice of Ronzo, who casts and prepares his figures entirely from beginning to end in his studio and installs them with a bit of humor.