LALA Gallery in downtown Los Angeles had a well attended inaugural show last week to realize physically something that had up to this point been a dream for Street Art fan and champion Daniel LaHoda. With names like How & Nosm, Cryptik, Cern, Shepard Fairey, and Dan Witz among others on display (and in the flesh) the gallery welcomed many of the LA Freewalls crowd inside and off the street where they were less likely to wander into traffic – A good move considering the refreshments that many of the clamoring crowd appeared to enjoy as they milled around the gargantuan outdoor rooftop gazing upon the glowing orbs of Cern One punctuating the LA night.

Talented photographer and BSA collaborator Todd Mazer was on hand during the opening and sends some original inside photos for BSA readers to get a sense of the raw industrial space and environment. 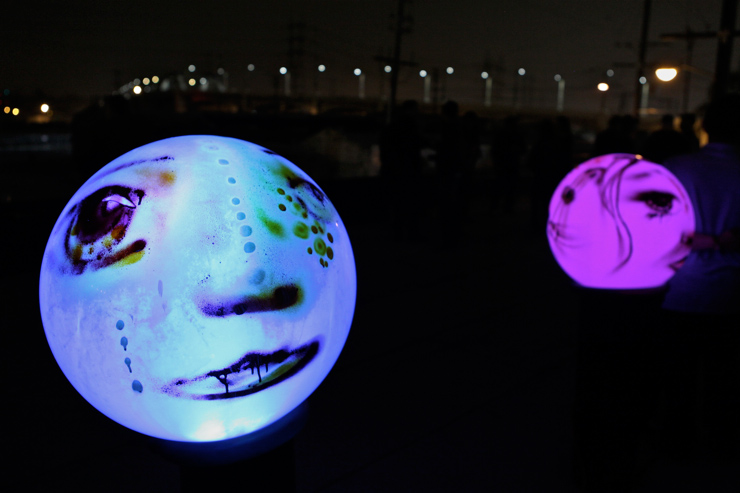 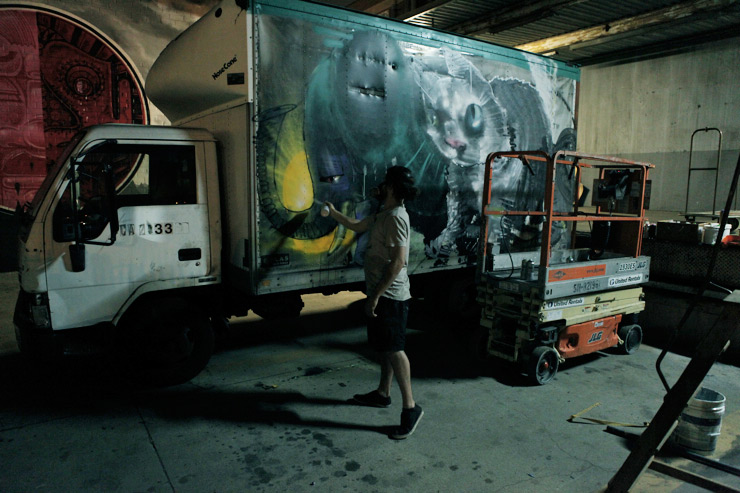 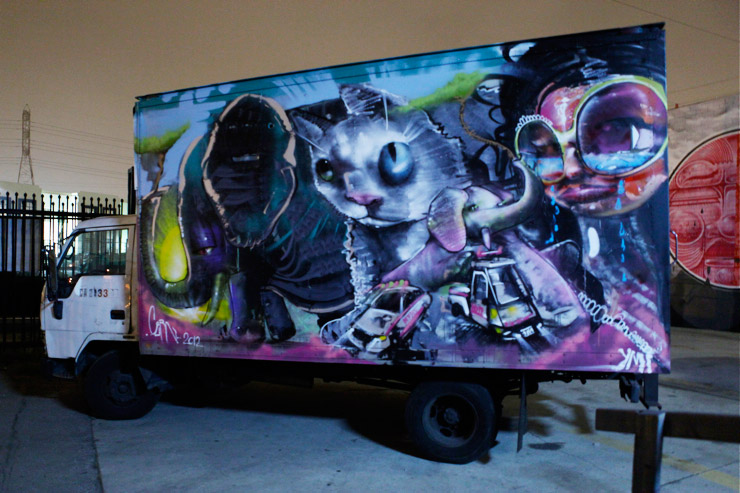 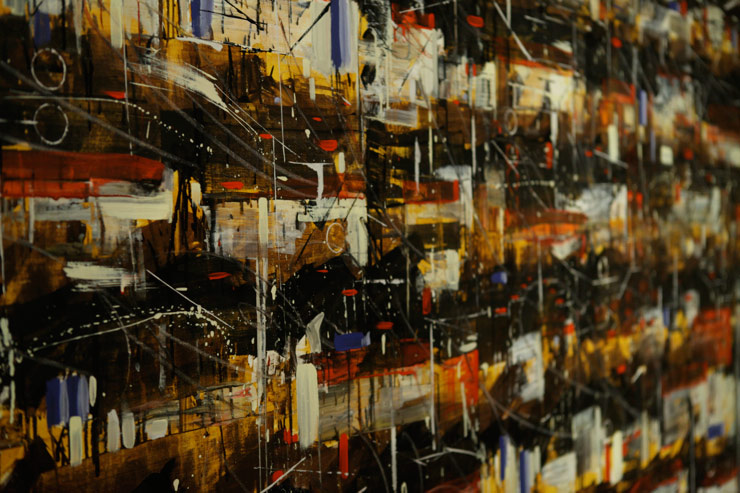 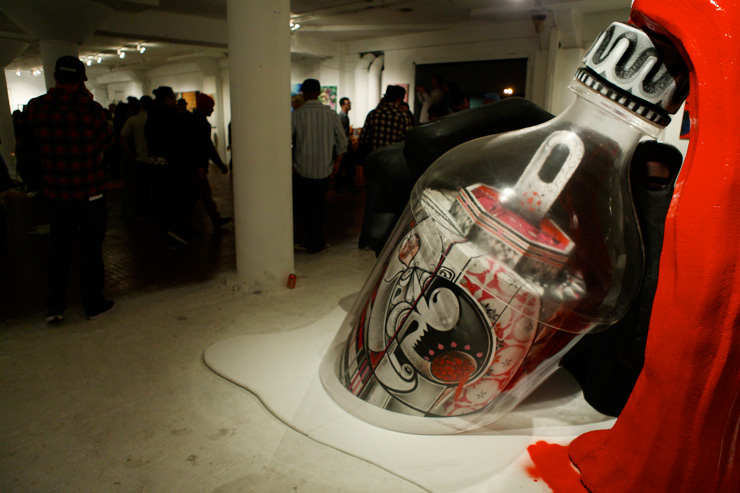 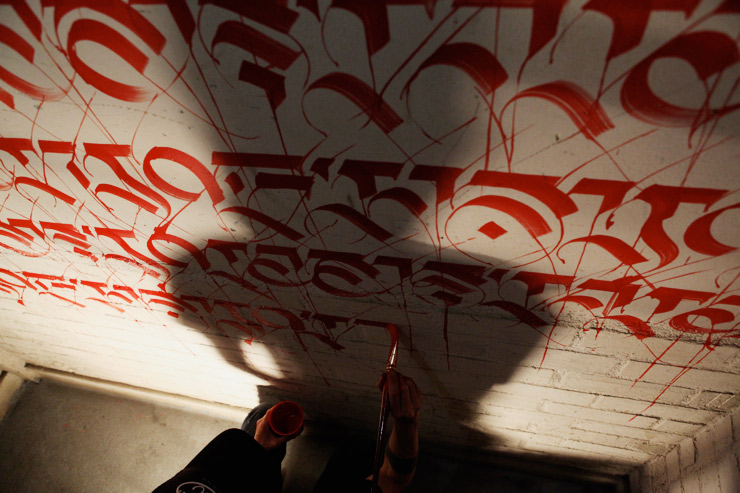 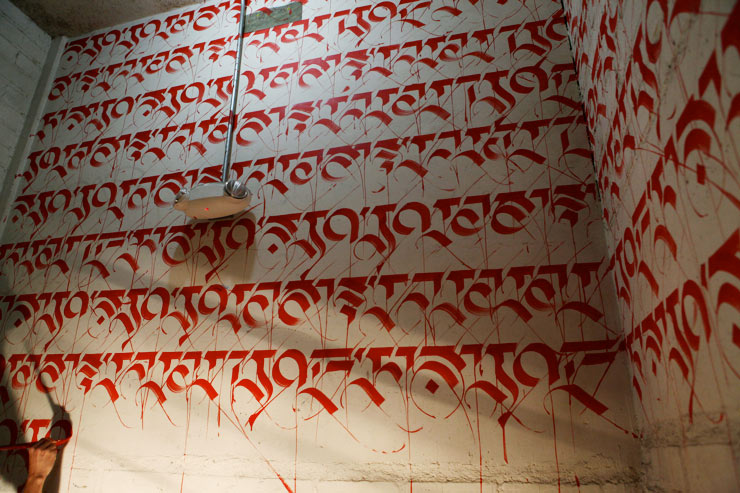 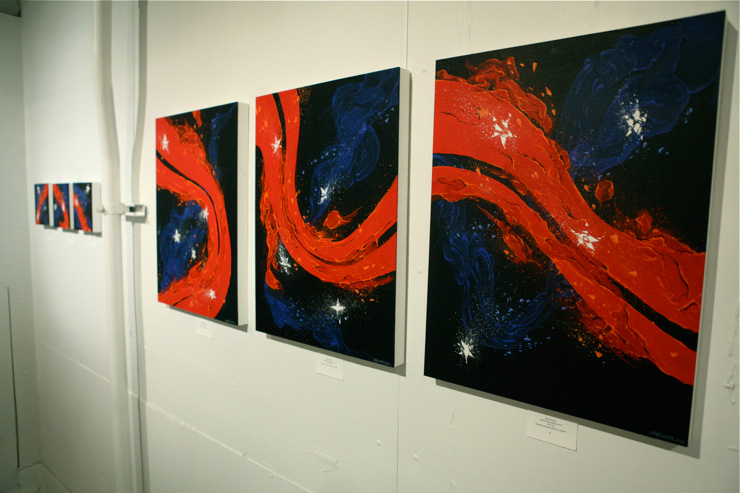