Under cover of night Street Artist Anthony Lister just monkeyed around with some cans on a wall in LA to do his own interpretation of “Rise of the Planet of the Apes”. The wall on Melrose is on the building “De La Barracuda”, “a well known wall that gets a lot of Street Artists on it,” remarks photographer Birdman.  Mr. Lister says he likes the job because it gives him a challenge. As you can see, he’s an excellent choice by wall producer Roger Gastman to interpret this modern jungle scene; a story with enough psychological layers and undertones to make any social scientist go apesh*t.

Five stars to photographer Birdman for showing these cool shots for BSA readers. 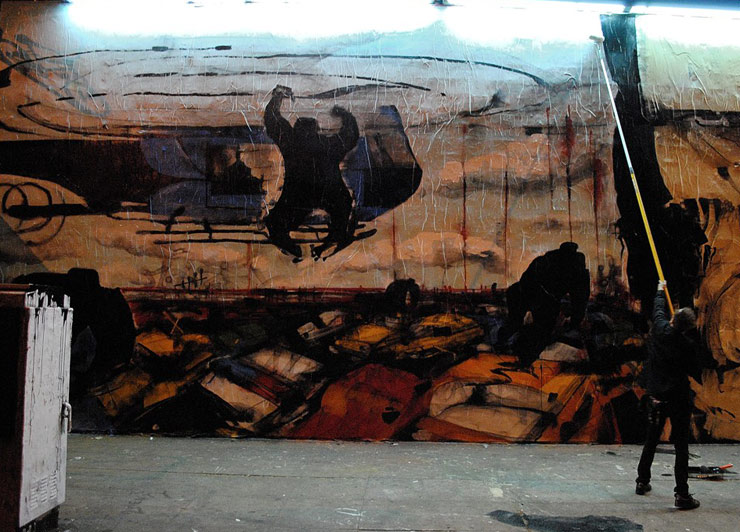 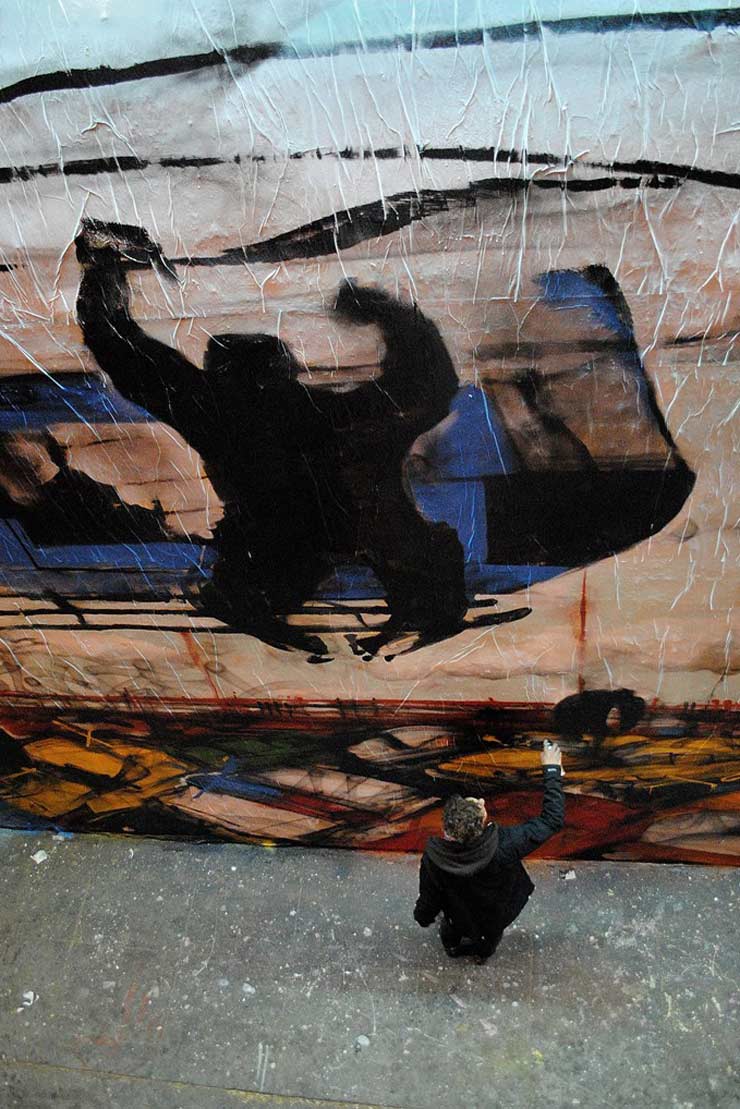 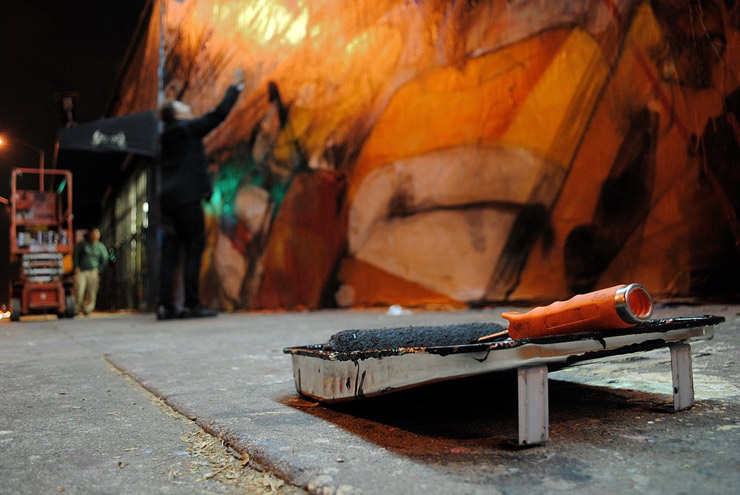 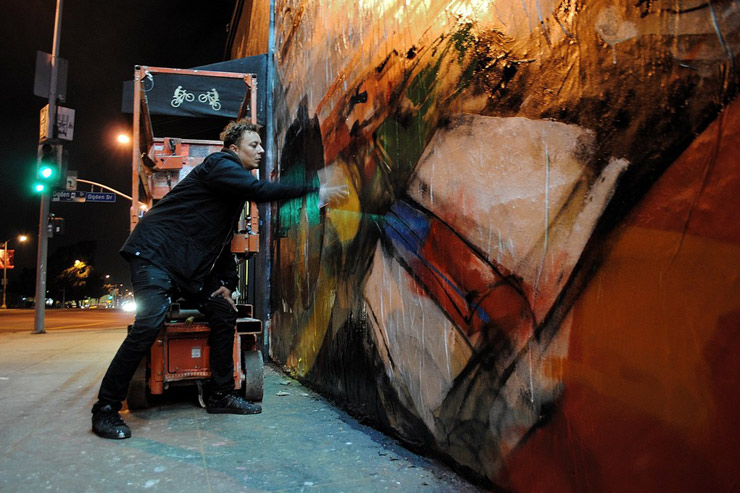 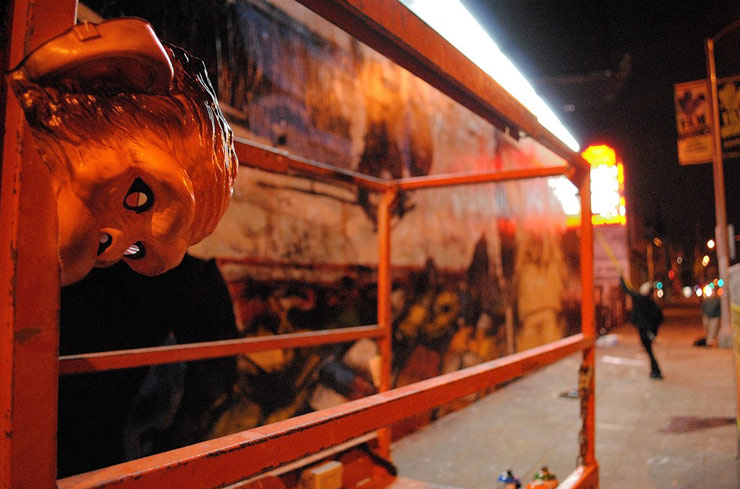 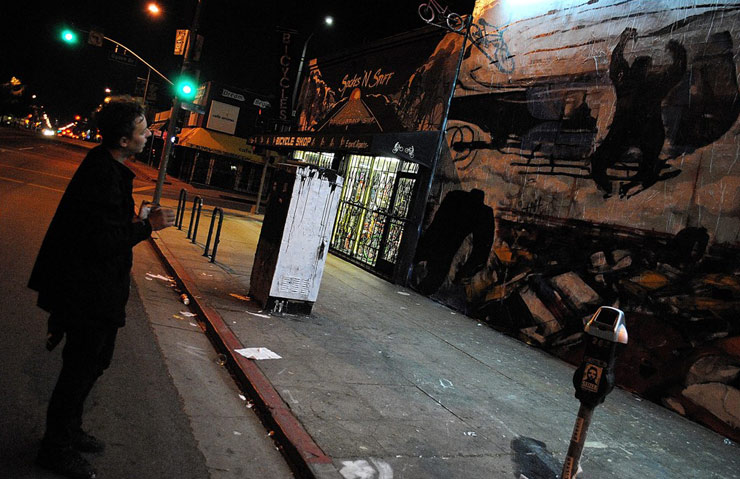 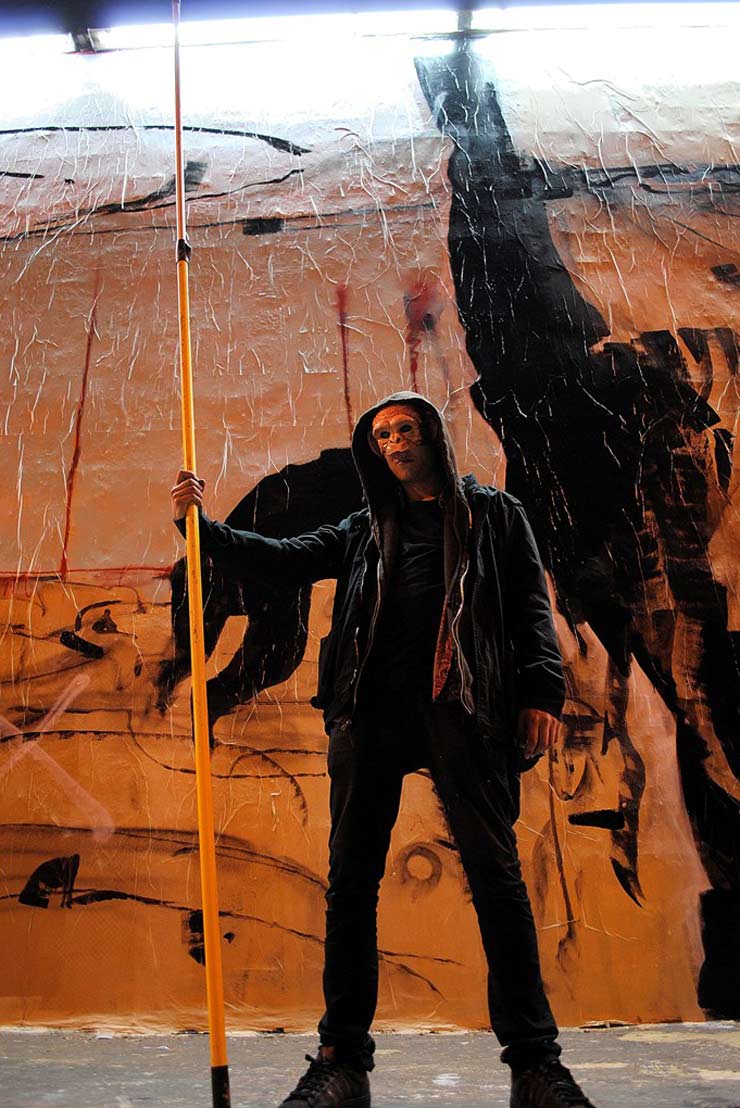 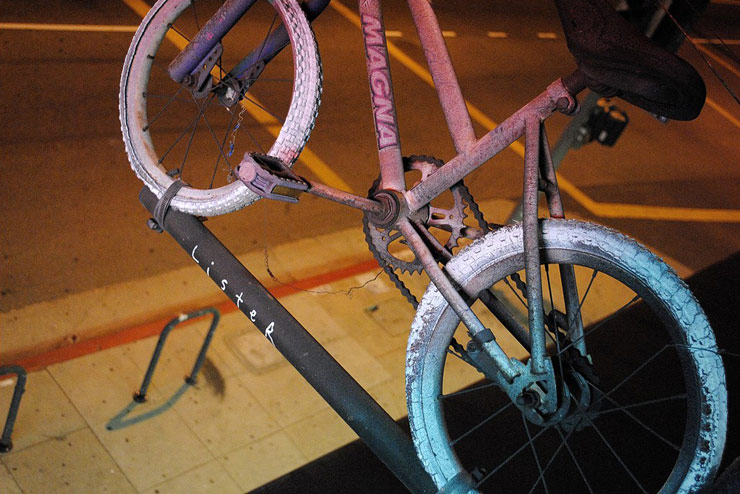 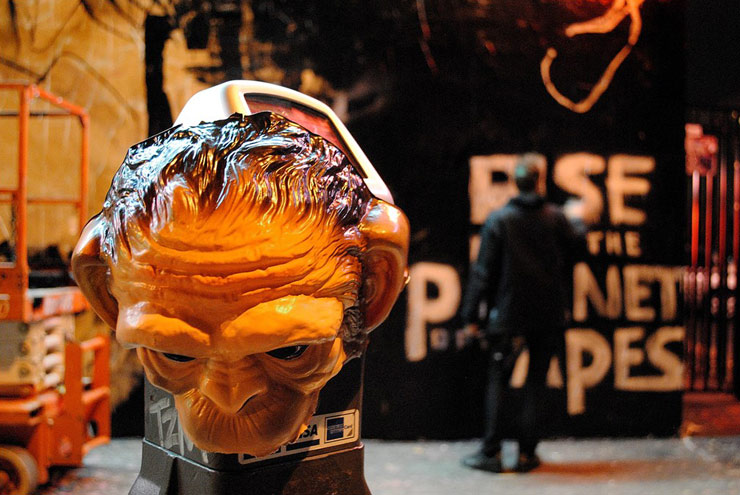 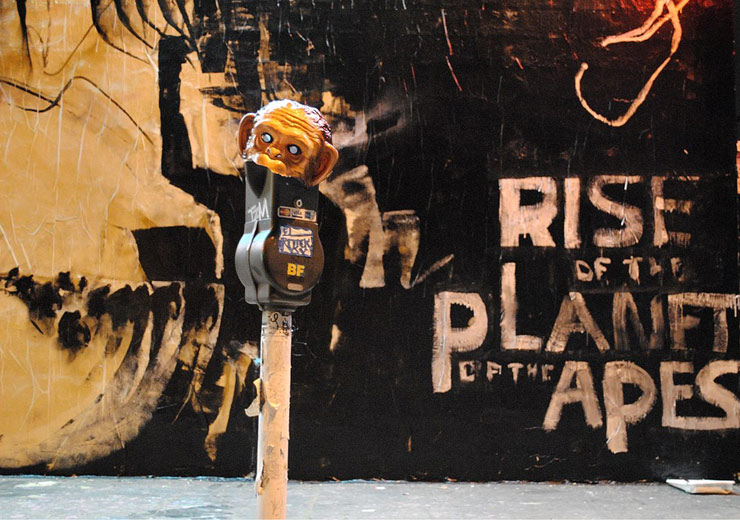 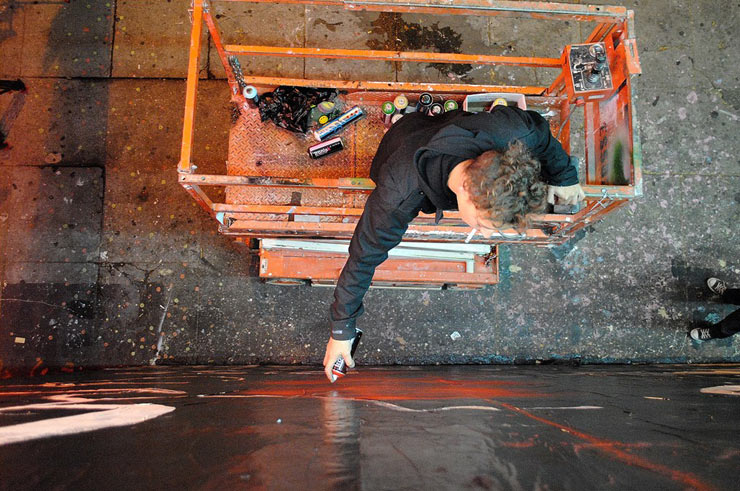 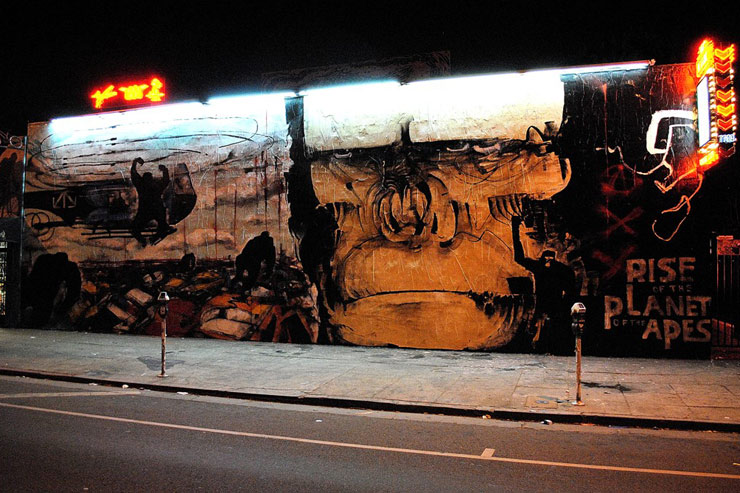 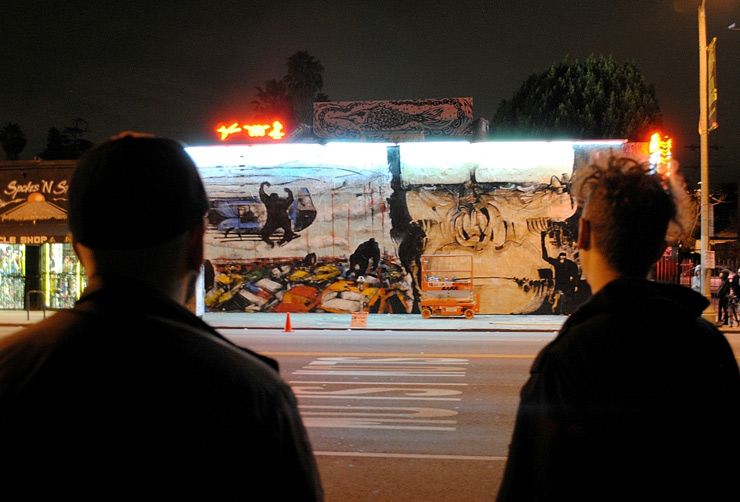 Gastman and Lister cross Melrose to get a good look. (photo © Birdman) 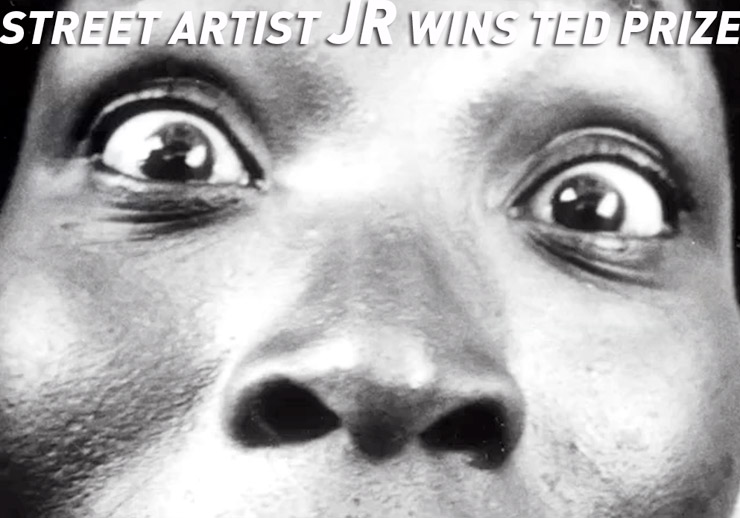 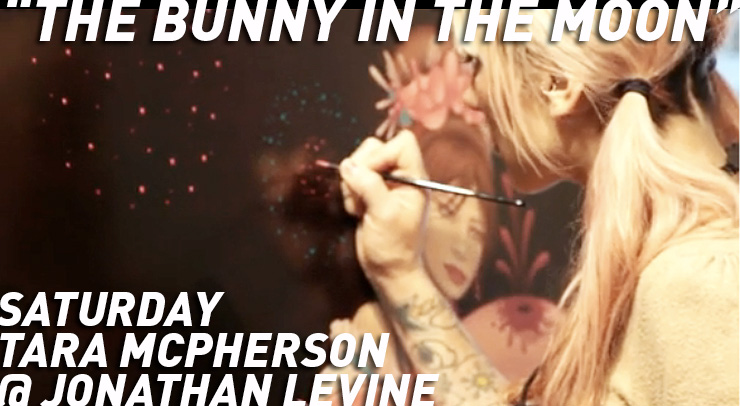