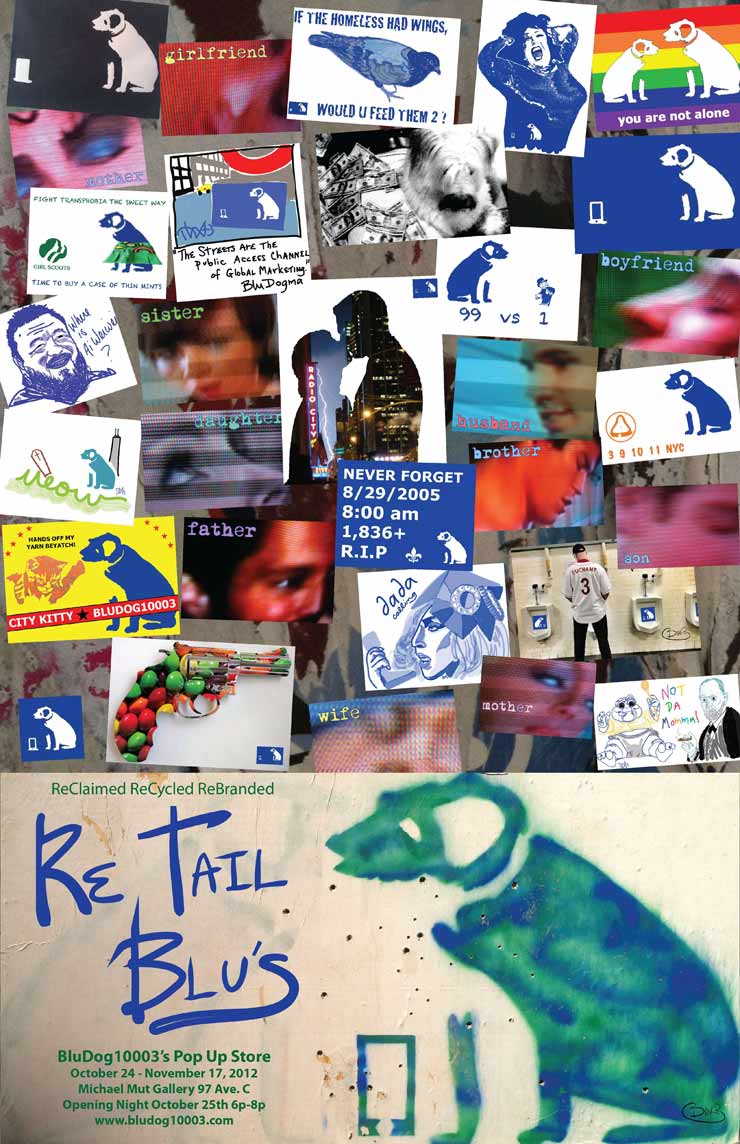 OPENING PARTY THURSDAY OCTOBER 25th 6p-8p
The high end pop up store features recycled and reclaimed items
rebranded with his unique BluDog charm. Known for his colorful
and provocative street sticker campaigns mixing pop art, culture
jamming and social awareness,  BluDog10003 has evolved into a
staple of the New York scenery as well as making his mark on
cityscapes across the globe.
NYC’s BluDog10003 is a furry, four legged adhesive artist that
believes sticker bombing is a much more hygienic form of marking
his territory than what his instinct dictates.
He chooses the street as his gallery because it remains democratic.
“You put up and if people like it they take pics or poach it. If it sucks they slap over it.”
Read more