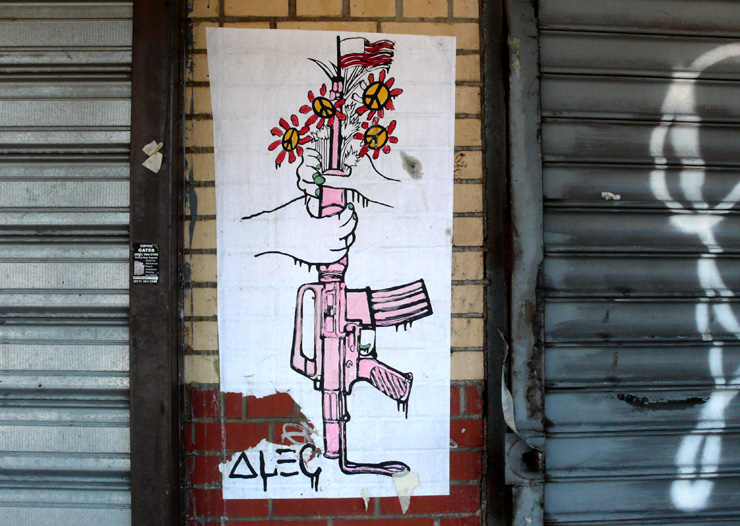 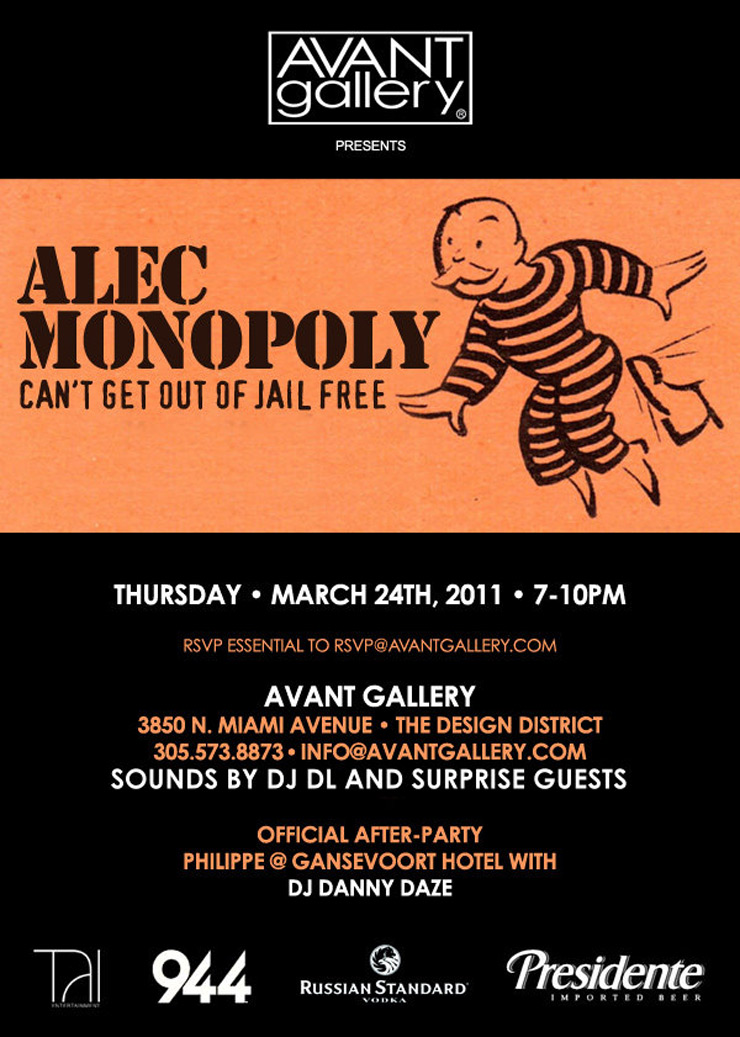 Avant Gallery proudly presents the work of ‘Alec Monopoly’, a young street artist based in Los Angeles, known throughout major city centers such as New York, London and Los Angeles for his placement of the beloved protagonist of the synonymous board game over lampposts, billboards, walls and telephone posts.

In an excerpt from ‘Alec Monopoly’: Ammunition for the Guerilla Artist’, Miami-based consultant and critic Shana Beth Mason writes, ‘‘Alec’s’ artistic motive appears to be twofold: a direct, pointedly negative commentary on the structures he paints, and the marketing of that politic utilizing a cultural icon associated with a treasured family activity, specifically within the American collective consciousness. In a more controlled, commercial gallery setup, ‘Alec’s’ work translates from an expletive gesture towards the invisible bureaucratic juggernaut into a multi-faceted array of Pop culture icons interspersed with financially-apocalyptic newspaper clippings. What separates his efforts from other high-profile graffiti artists who have effectively transitioned into the commercial art sphere (a.k.a. Banksy and Mr. Brainwash) is his tireless emphasis on the emotional experience of the American financial crisis, alongside a deeper attraction to the ‘anti-hero’ personas of Jack Nicholson and Robert De Niro.’

‘Alec Monopoly’ is the alias of an unidentified graffiti artist, originally from New York City. The artist primarily works in the urban environments of New York and Los Angeles, using varied materials (including stencils, spray paint, epoxies, varnishes and newspapers) to subversively depict the protagonist of the internationally-beloved board game, Monopoly. ‘Alec’ cites his artistic origins as learning from his mother, an artist, eventually abandoning traditional academically-driven art classes to pursue an individual methodology. ‘Alec’ and his work have been covered by  Brooklyn Street Art, The Huffington Post, The Wooster Collective (New York), Juxtapoz Magazine, and The Dirt Floor.com. Recently, Paramount Pictures commissioned Alec to design the logo for their new production company, Insurge. The artist lives and works in Los Angeles.