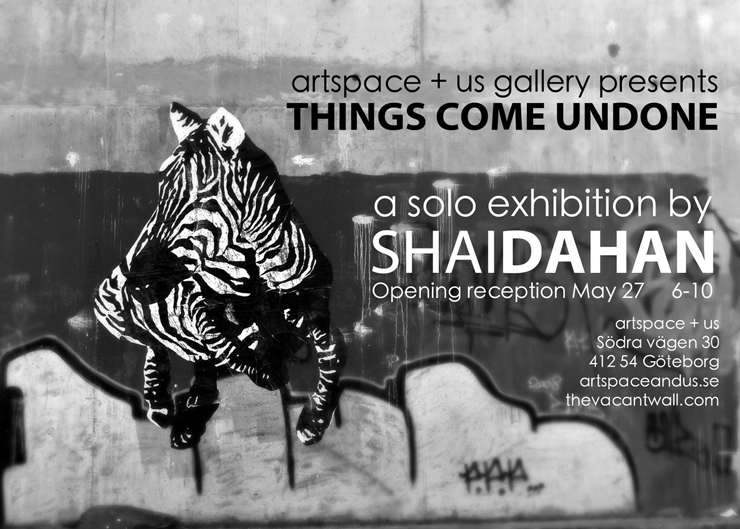 Artspace + Us Gallery is proud to present the first international solo exhibition by urban contemporary artist Shai Dahan in Gothenburg Sweden. The show will include new works by Shai including large scale canvas paintings, illustrations as well as mixed media installations.

With his recent relocation to Sweden from New York, Shai chose to combine both cultures into the work for this solo show. The work includes hybrids of urban landscapes and familiar Scandinavian wildlife. With his signature birdguns, Shai expanded his animal-gun series and also chose to utilize other means from their environment to express the conflict between animals and the humans who invade their habitat.

Shai currently lives in Borås with his wife and two dogs where he continues to paint.