Birdwatching in Central Park is one of the most popular naturalist activities, and Street Art watching is a favorite naturalist activity of cultural soothsayers here at BSA. You never know what kind of plummage or pattern you are going to see as you round the corner of an abandoned lot or rusted doorway. As the geological, political, and economic seasons shift, different birds can be seen in the urban brush – reappearing familiar ones, and new previously unseen. Like an avid birdwatcher, sometimes you can find the name in your guidebook, other times you just note the markings and hope for future clues.

Here is our weekly interview with the street, this week featuring Arms, Jaque Fragua, Marisak, a new kind of Obey, Shin Shin, XAM, and Yatika.

We start with a black and white photo of man wheat pasted next to black graff  on a white wall or was it the other way around? 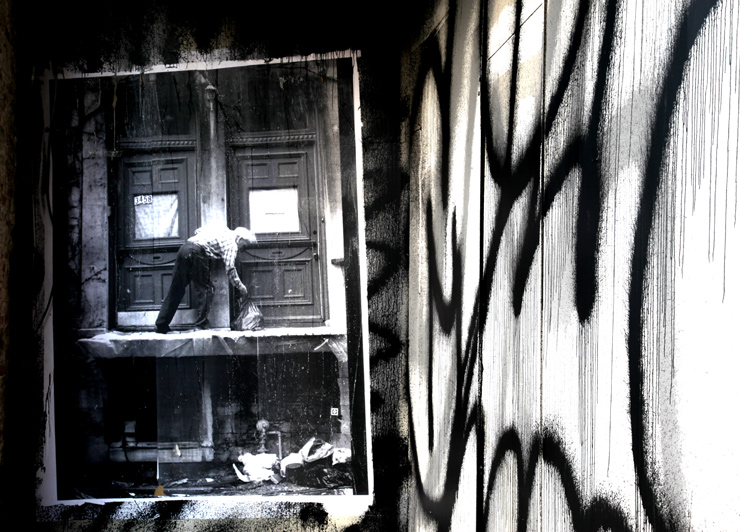 In either case the resulting dynamic made it look like the installation was intentional and the stark monochromism and subject matter play off one another. (photo © Jaime Rojo) 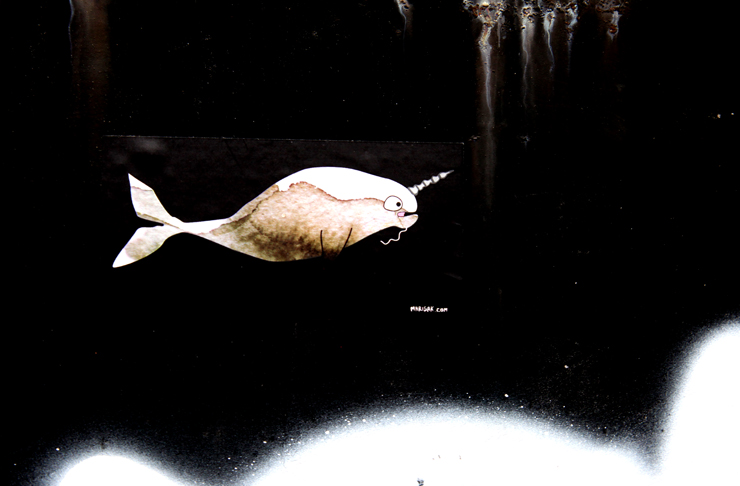 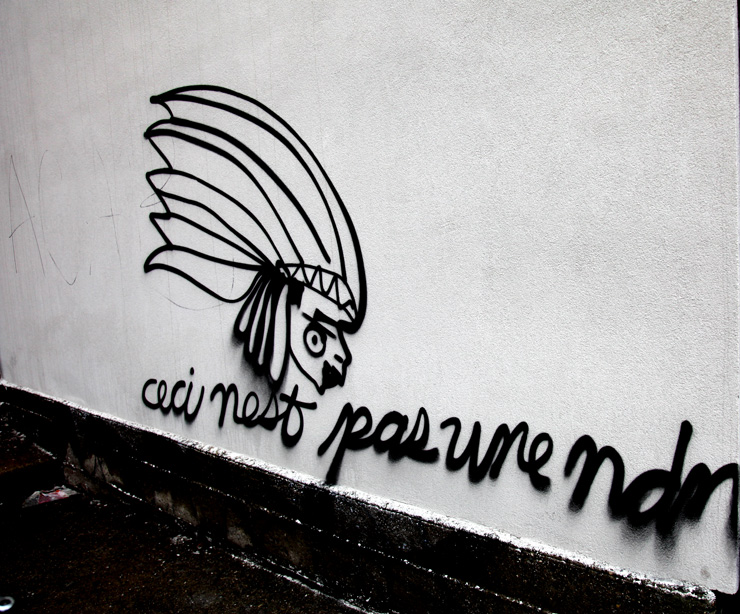 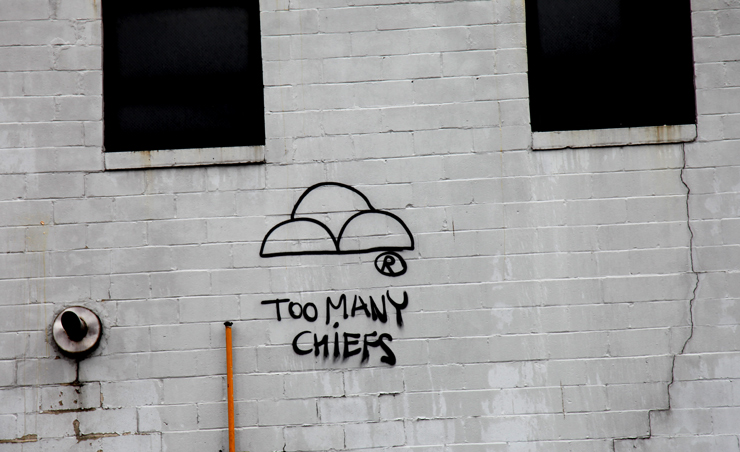 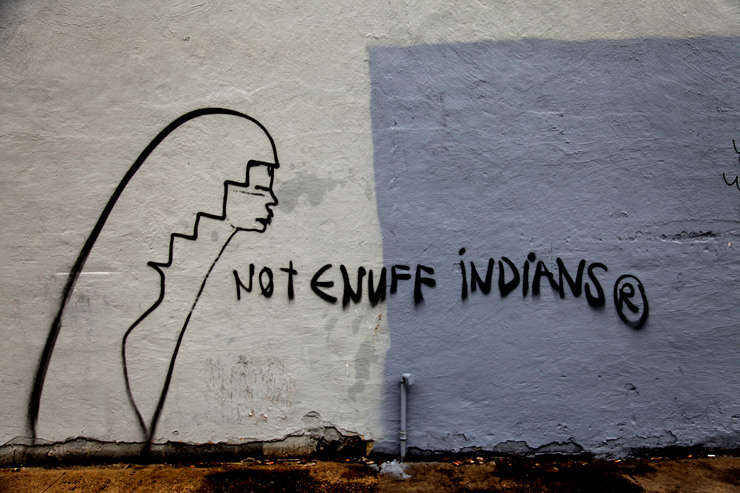 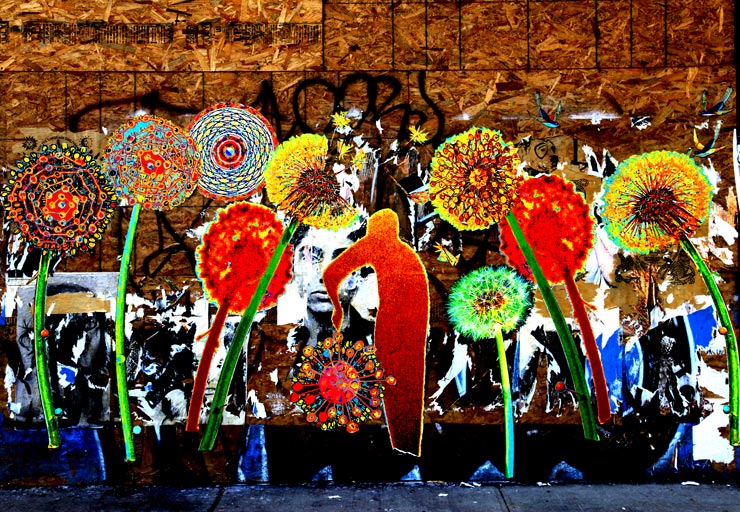 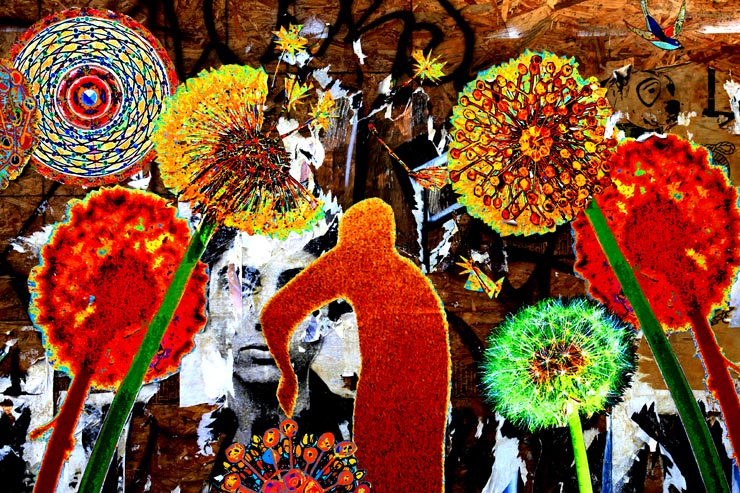 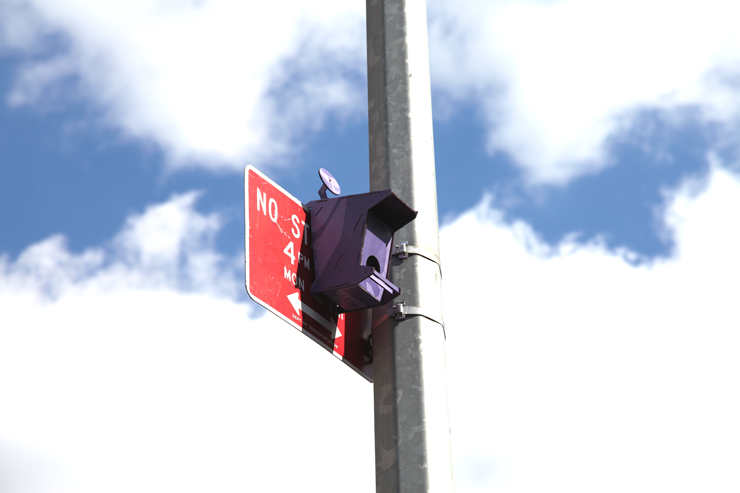 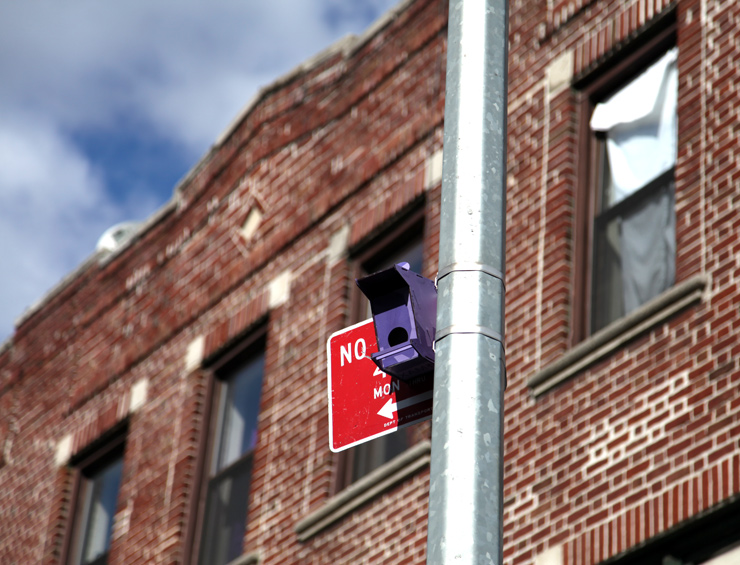 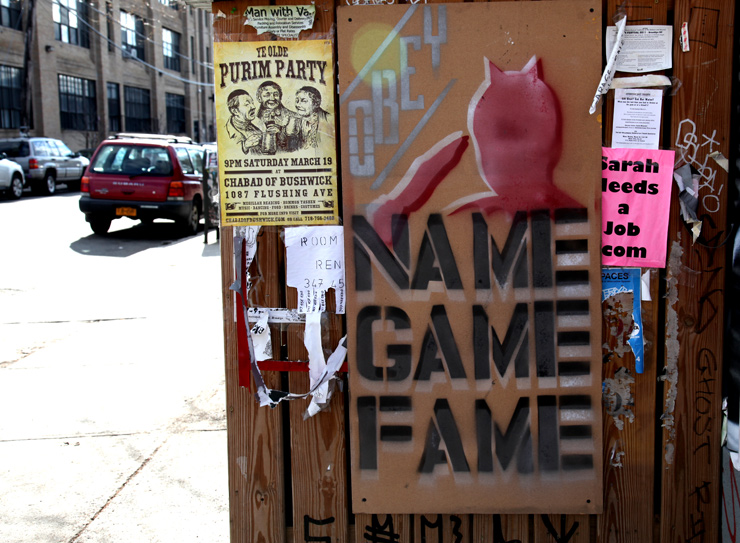 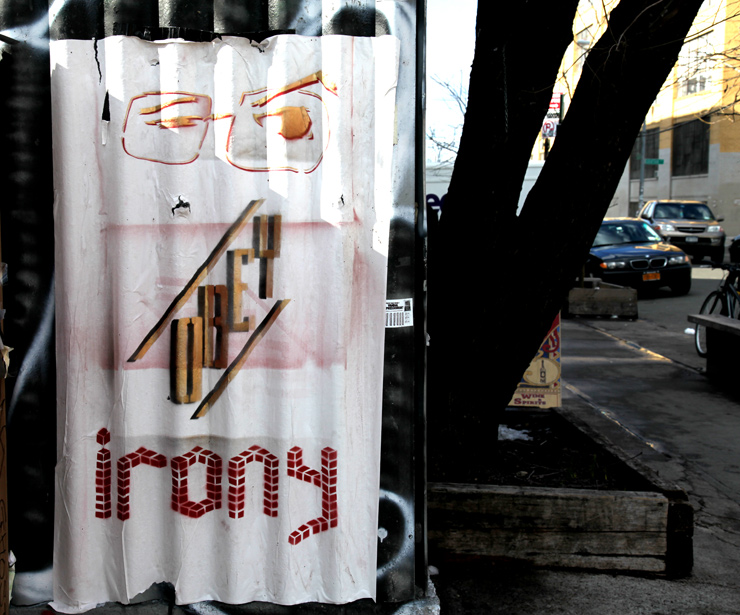 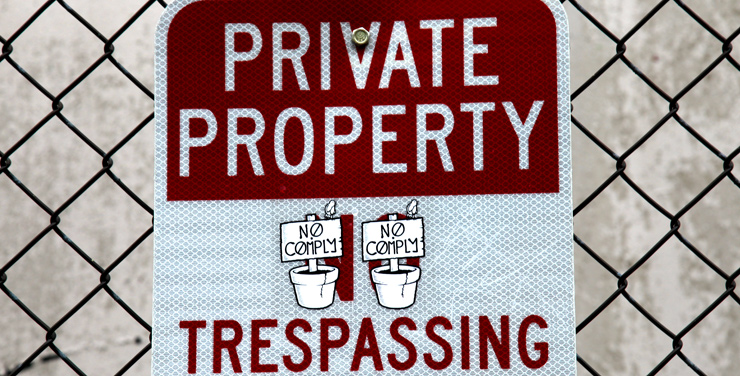 Too many conflicting and contradicting messages. (photo © Jaime Rojo) 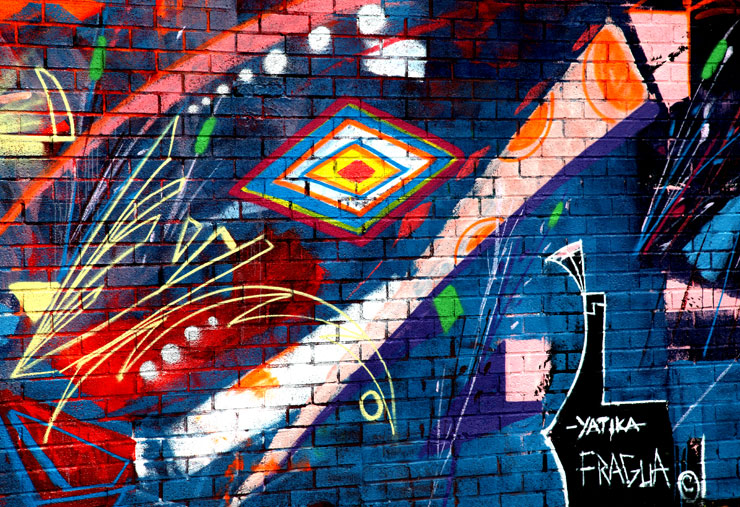 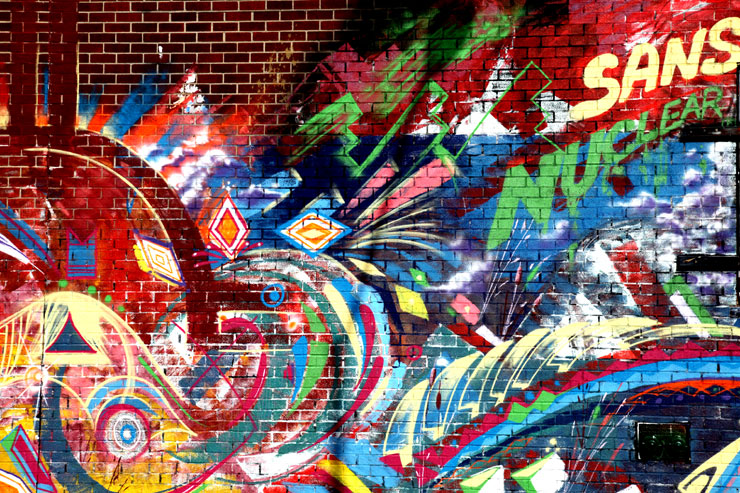 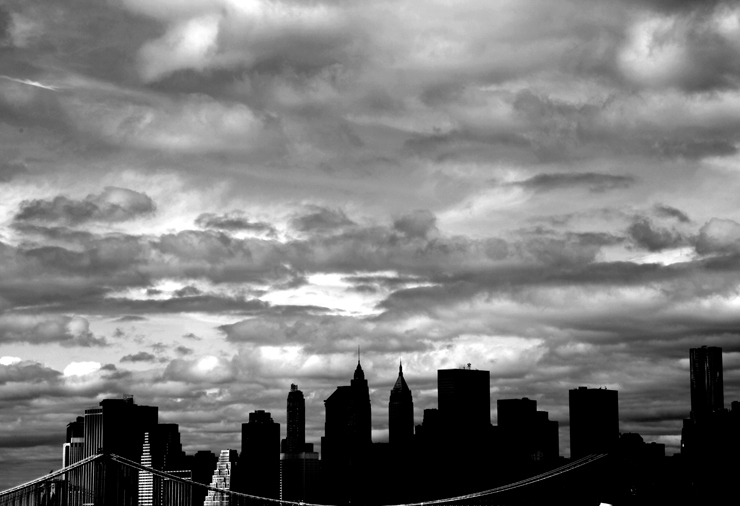