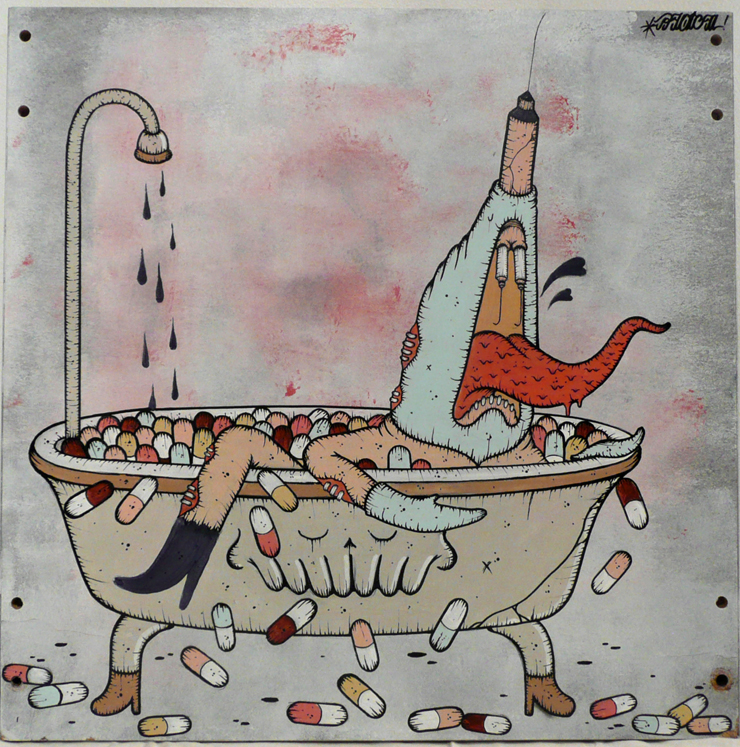 Radical “From The Drain’ Photo Courtesy of the Artist

Albany Center Gallery presents Eco Primitive Eco Surreal: Thomas D’Ambrose and RADICAL! to be held January 7, 2011 through February 12, 2011. The receptions will take place on Friday, January 7 and February 4 from 6 p.m. to 8 p.m. in congruence with 1st Friday. Albany Center Gallery is located at 39 Columbia Street between N. Pearl and Broadway in Downtown Albany, NY.

Thomas D’Ambrose is a self taught artist and received his first Special Opportunity Stipend through The New York Foundation for the Arts administered by The Arts Center for the Capital Region in Troy, NY for this exhibit. D’Ambrose has exhibited at The Lark Street Improvement District and Upstate Artists Guild, and recently participated in Flux, an multimedia exhibition at St. Joseph’s church curated by Ken Jacobie. A lifetime resident of the capital district, D’Ambrose has also been musician for the Past 30 years performing with the critically acclaimed group THE SHARKS. He recorded and performed with Albany rock luminaries BLOTTO and appeared in a BLOTTO MTV music video. Thomas received his B.S. in Music Education from the College of St. Rose and M.S. in Educational Communications from the University at Albany. Over the past few years he has taken an interest in the capital district art scene and in 2001 co-founded the TRINK Gallery in Cohoes, N.Y. with Nadia Trinkala and Robert Gullie. His eco-primitive style features a variety of jungle animals which he transforms into colorful and stylized primitive representations. Much of his work incorporates vintage wall paper and found or discarded canvases. Colorful zoological and botanical specimens are recurring themes throughout his work. D’Ambrose states, “the vast majority of my work features spectacular zoological and botanical specimens which I attempt to transform into colorful and stylized primitive representations. I capture a magical feeling of innocence and wonder for the natural world”.

RADICAL! is not the artist’s birth name, rather an identity created to embody the imaginative. A prolific artist, RADICAL! is the youngest to exhibit in a two person exhibit at Albany Center Gallery. The artist states, “I work with whatever I can find, and I hope to reach a point someday where I can pick up anything I see and treat it as a new canvas…my fondness of the urban landscape dwells inside me, and beckons me”. RADICAL! often incorporates needles and other blunt objects; however, it is never the artist’s intent to promote drugs or violence. Instead, RADICAL’S! use of illustrative imagery are incorporated to serve as a metaphor for the lack of societies discomfort to communicate. Before the age of 18, RADICAL! exhibited all over the world including Artsic Festival at The Haven Wolverhamton in London, UK, the Re-Use Project II exhibition in Tel Aviv Isreal, Waxploitation:Lost in Transit in Washington D.C., Everybody Get Up in London, UK and Cut Out at The Sommercasino in Basel Switzerland. RADICAL’S! artwork has been published in “We Were Here: a steet book” by After the Fall and “Stickerbomb 2” published by Laurence King Publishers, and he has exhibited his work locally with the Grand Street Community Arts, The Marketplace Gallery, and Kismet Gallery to name a few. RADICAL! has also exhibited his work in Russia, Moscow, and most recently in Rosendale, NY. 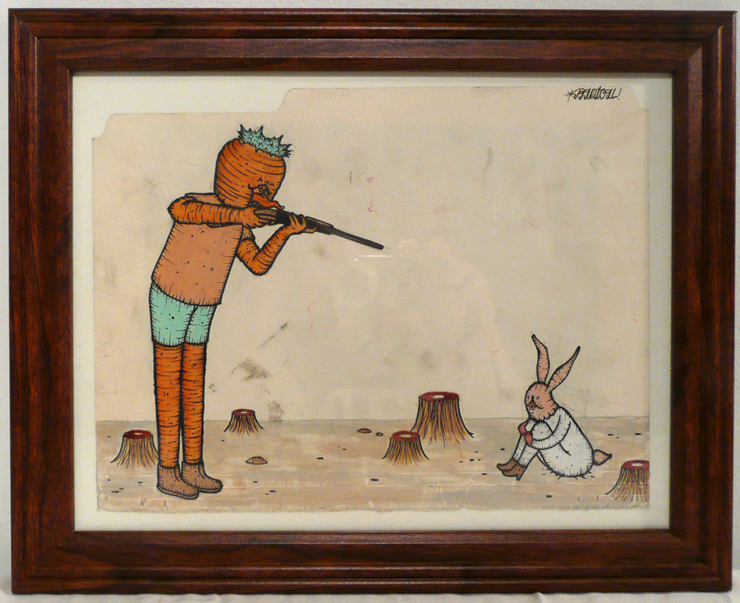 Gallery Hours
Tuesday – Saturday
Noon to 5 p.m.
or by appointment