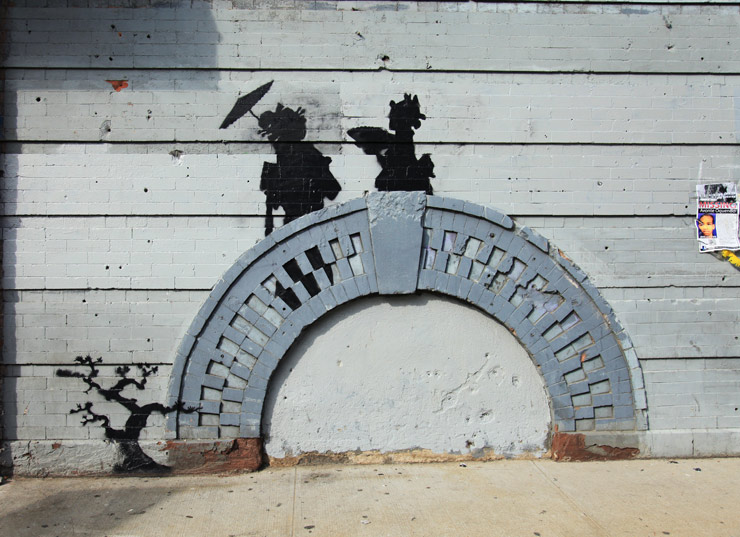 The leaves in Central Park are aflame and so are the passions of Street Art fans (and artists) this week in New York where the general public is now conditioned to be on alert for a near-daily announcement of a new Banksy installation nearly anywhere in the city. It can be a stencil, a sculpture, a performance, a rolling truck gallery, or a canvas suspended from the Highline – but don’t worry about finding it – it will be announced on the website first… 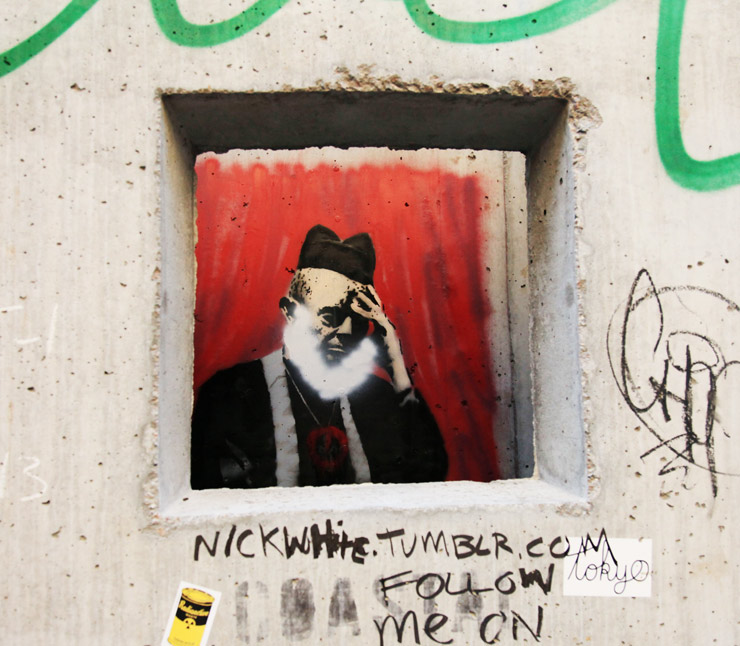 We’ve tried to keep it all in perspective and not slavishly cancel life to run out and capture the latest installation, but the buzz is unavoidable and we get sucked in.  It is now taking on some air of a circus, complete with barkers and clowns and otters flapping their flippers (and lips).  As a branding “re-fresh”, it’s been a very successful campaign so far with news reportage, Instagramming and re-tweets, crowds assembling at a moments notice to snap images of and/or with the work, and we even found vigilante fans tackling vandals who are vandalizing the vandalism.  You can’t engineer that sort of irony. Now an elected leader or two are talking about trying to capture the president of Banksy Inc. LLC – which would send a clear message to all Street Artists that this really is the best way to market your work. 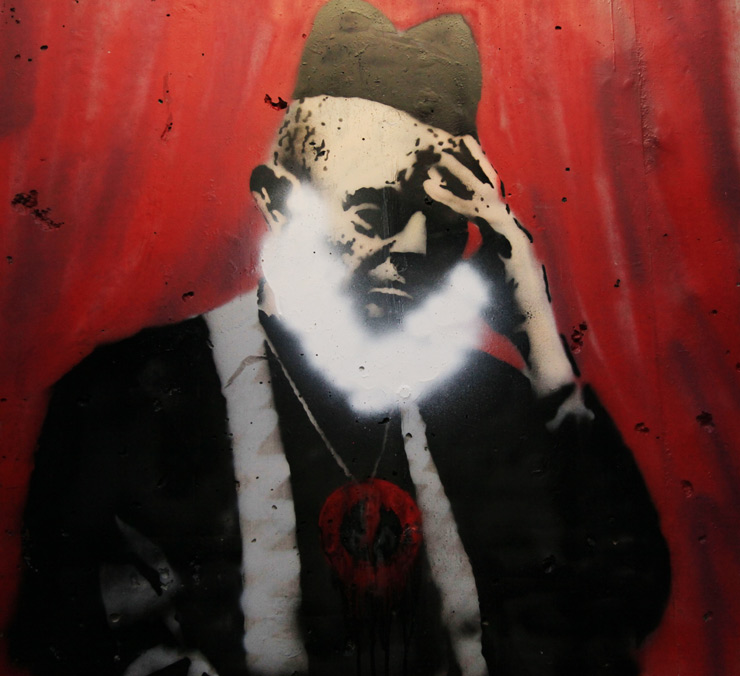 Meanwhile there are many other Street Artists and fine artists in general who are still at work on the streets of New York, and you may even give their content, quality and placement more praise than some from this Banksy campaign. We’ve always celebrated the creative spirit however it is expressed and invariably find some of the greatest work is done by people we’ve never heard of, or barely know much about. At a time where large media is consolidating and the individual voice is being marginalized and commodified, we find this to still be an amazingly democratic practice of joining the conversation, if imperfect and confusing. And New York doesn’t stop just because one new guy is getting a lot of attention – Hell, we barely notice when Obama or the Pope or even the Queen of England visits – she’s just one queen after all and we have the entire neighborhood of Chelsea. 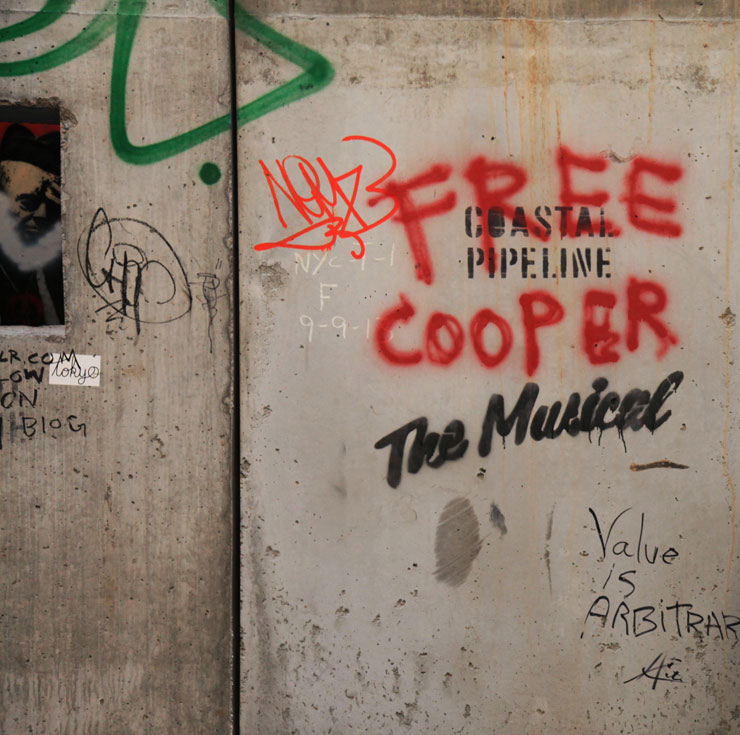 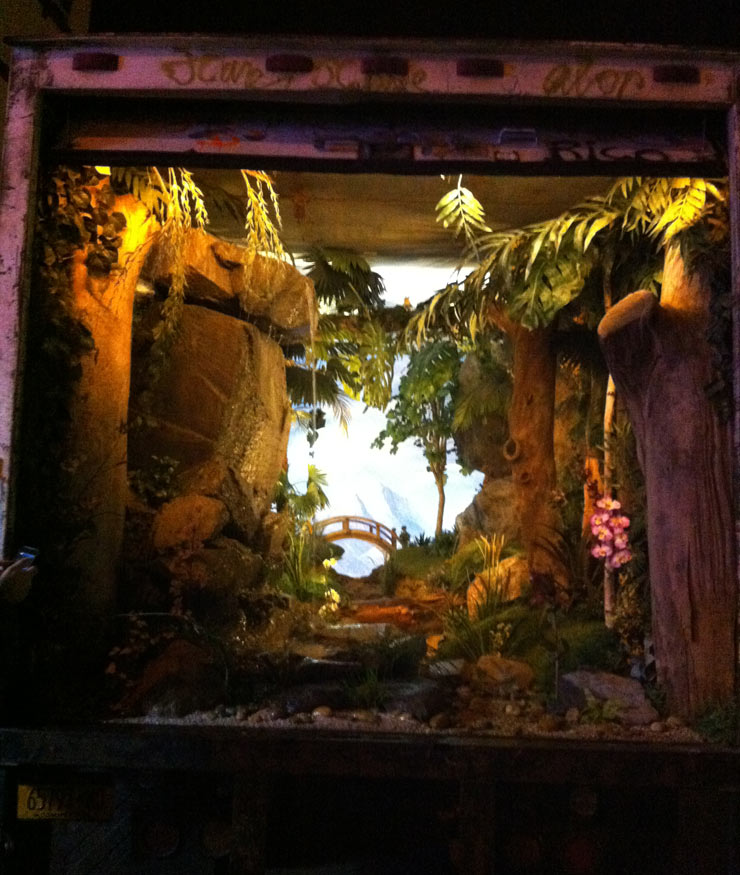 The view into the back of a box truck with an installation attributed to Banksy. (photo © Jaime Rojo) 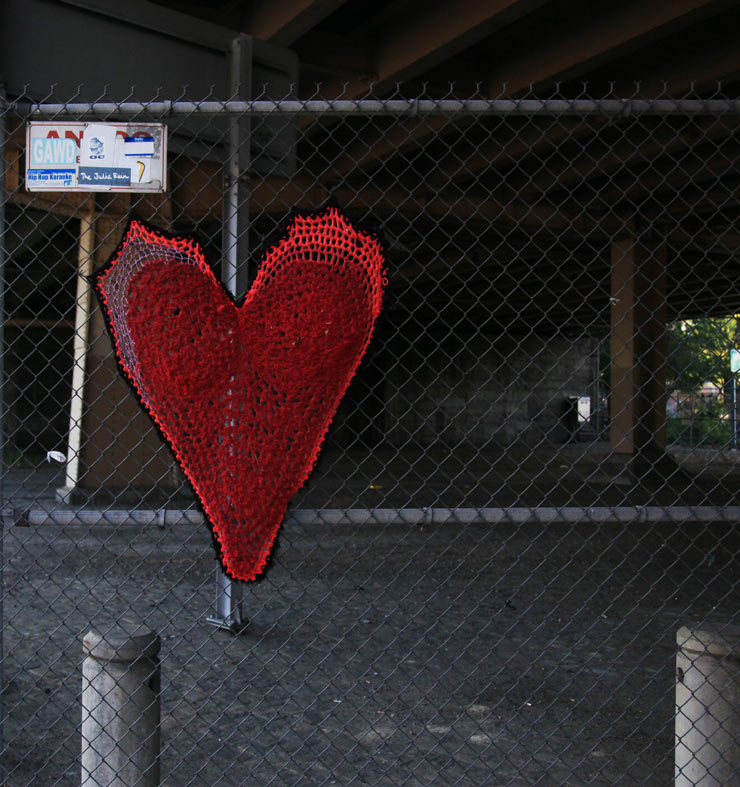 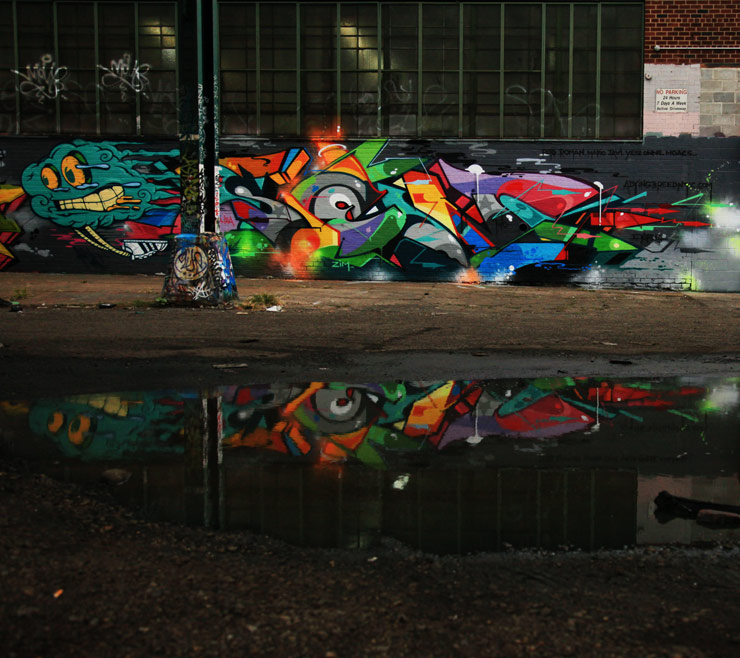 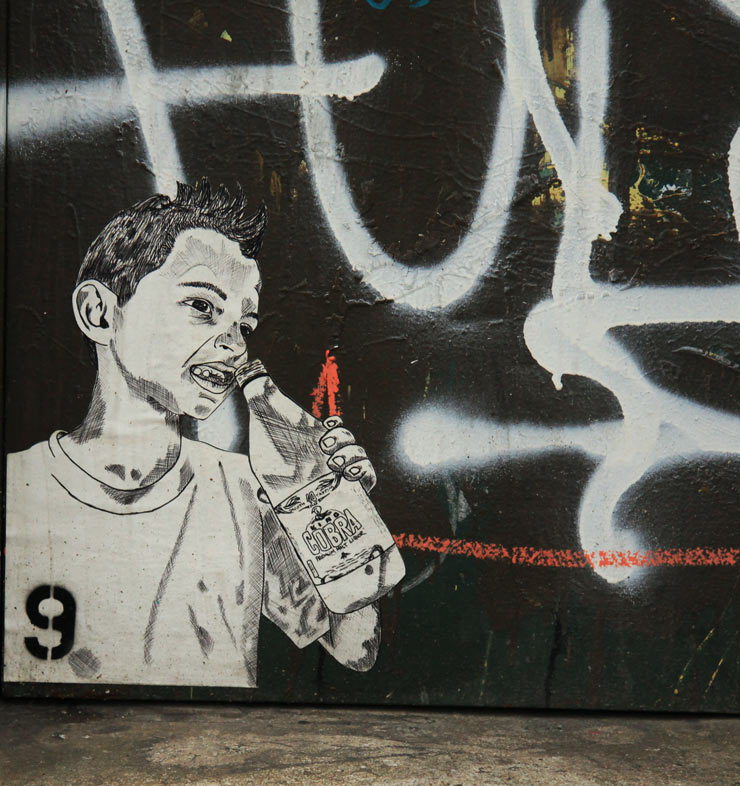 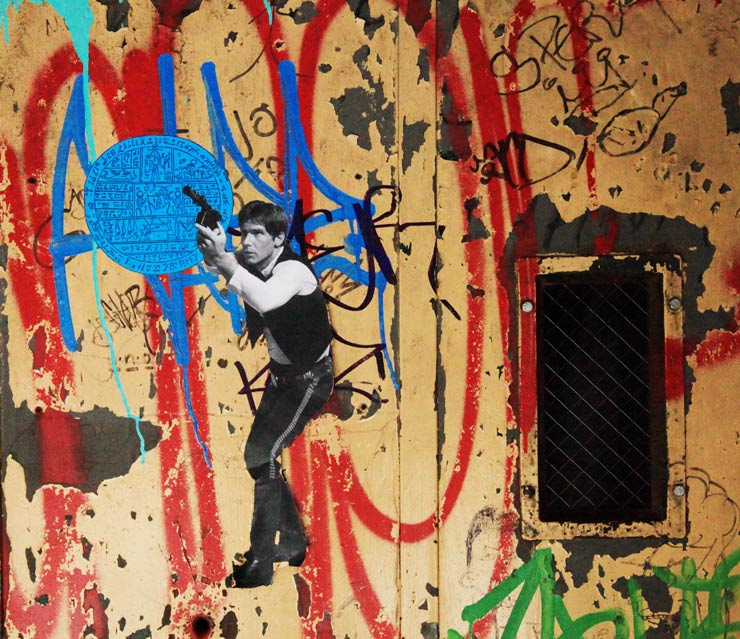 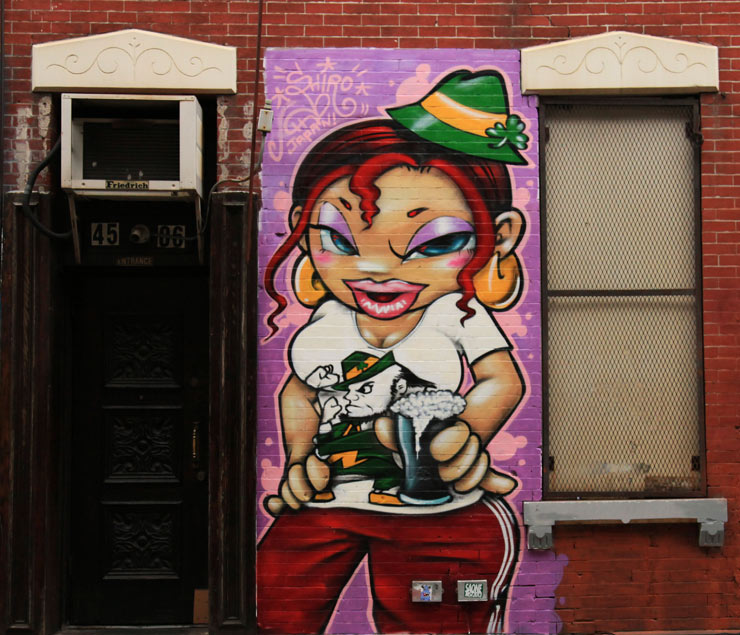 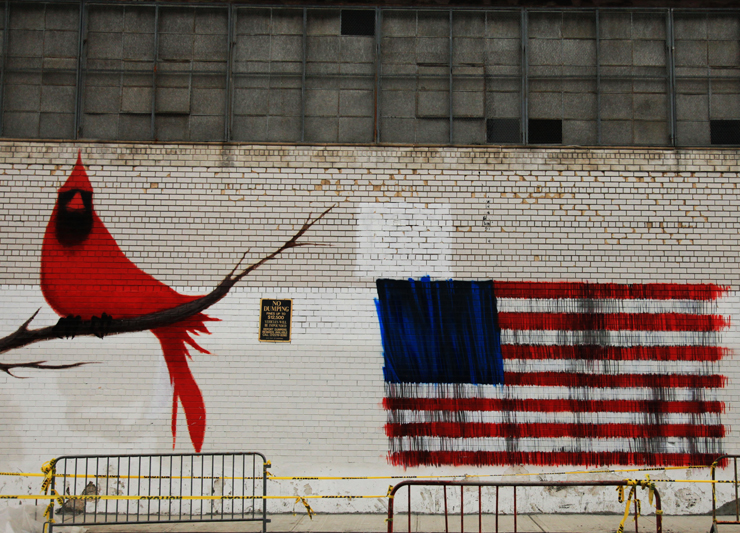 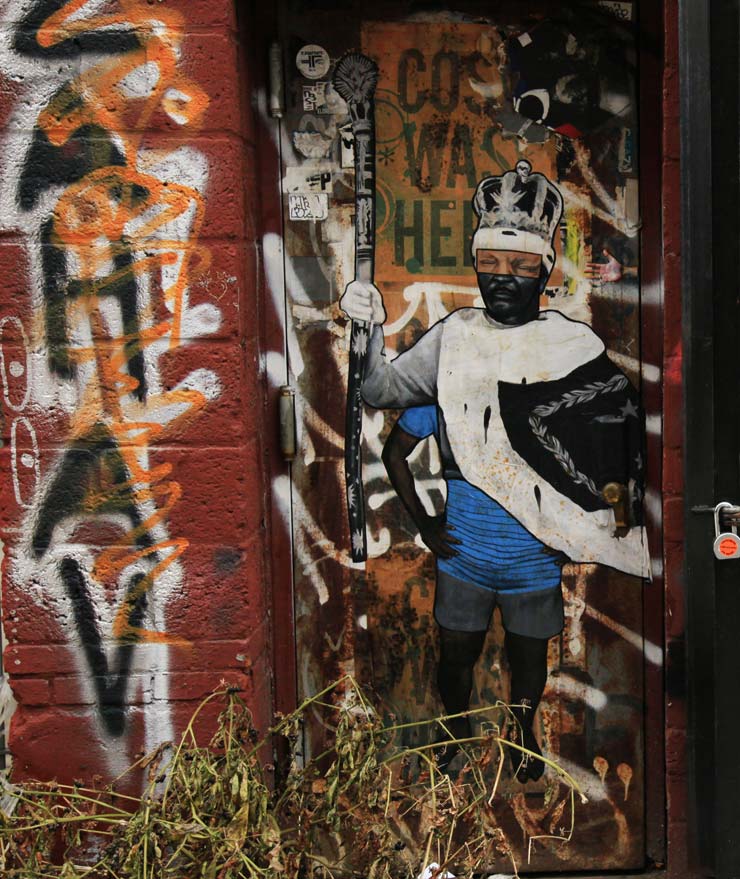 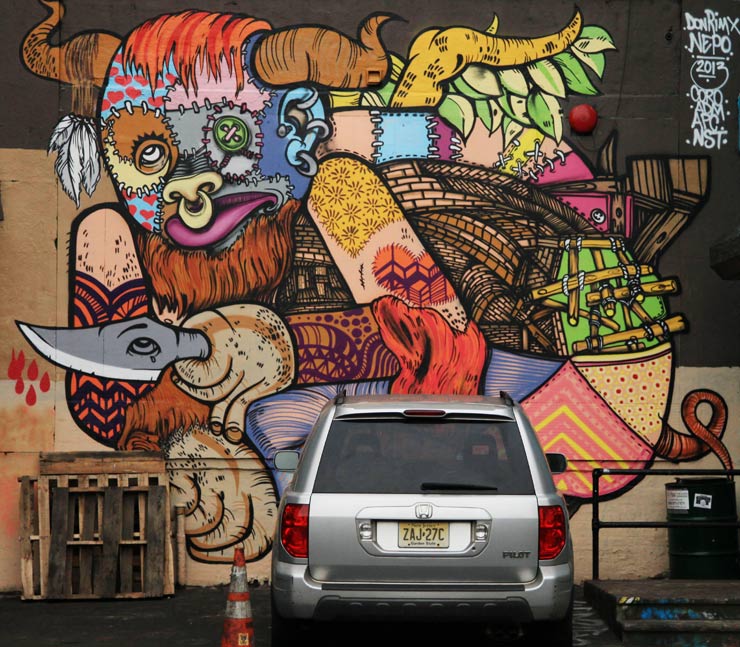 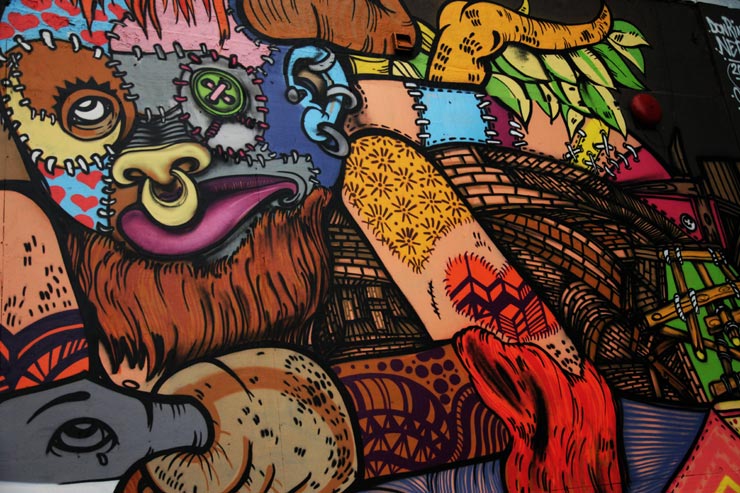 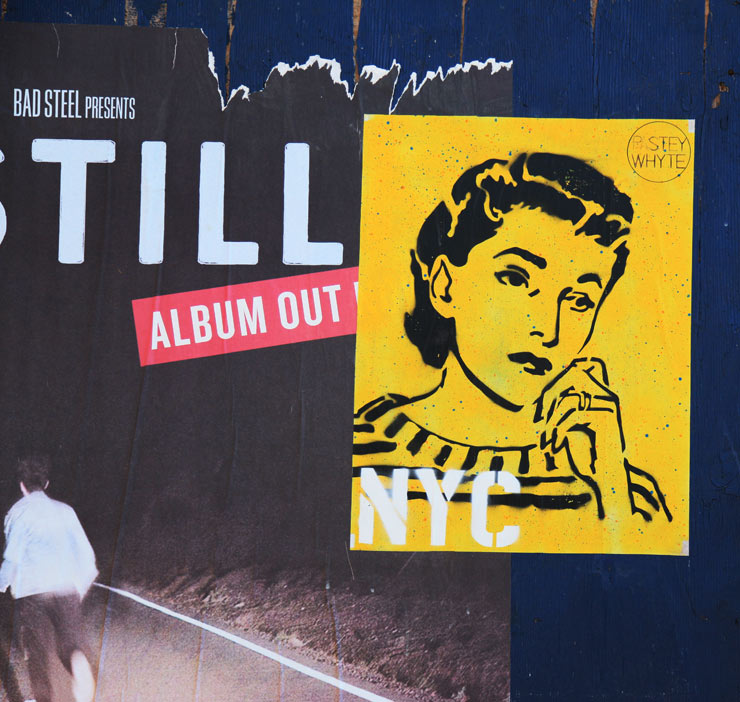 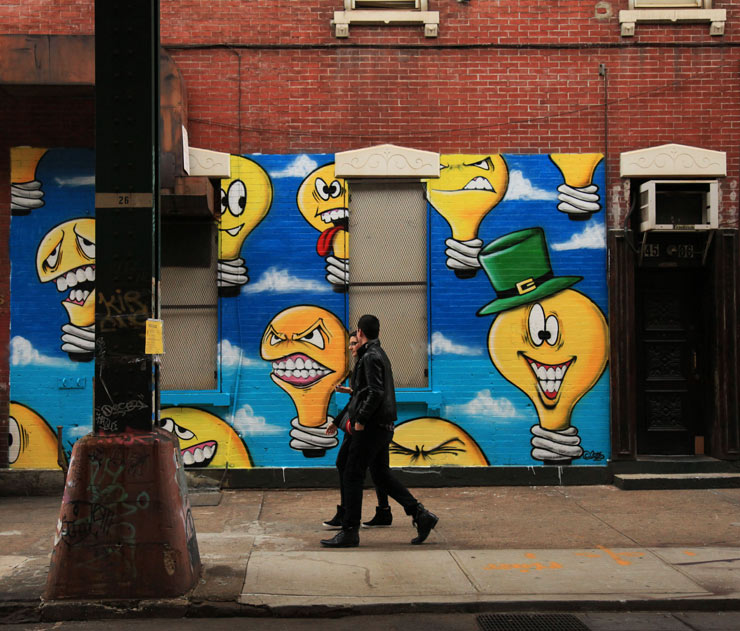 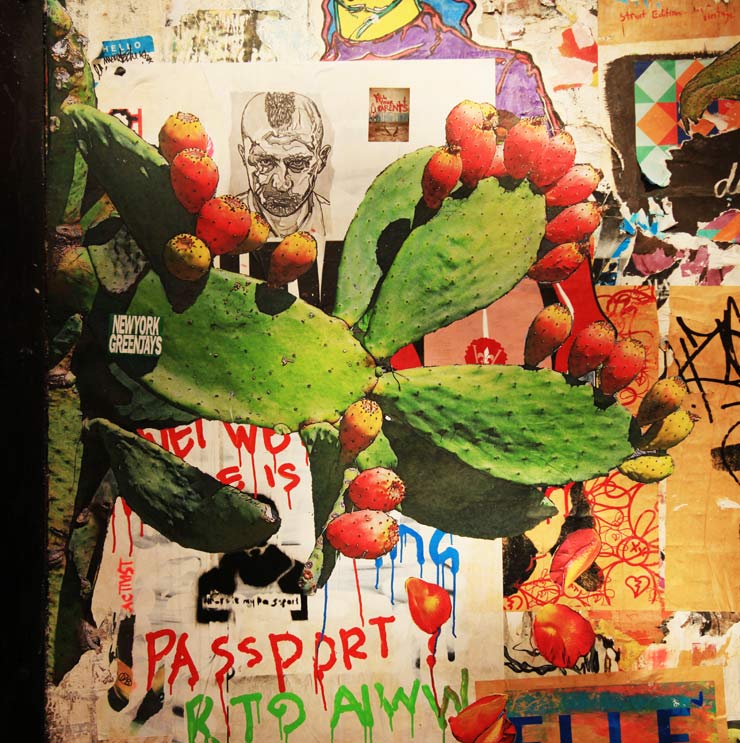 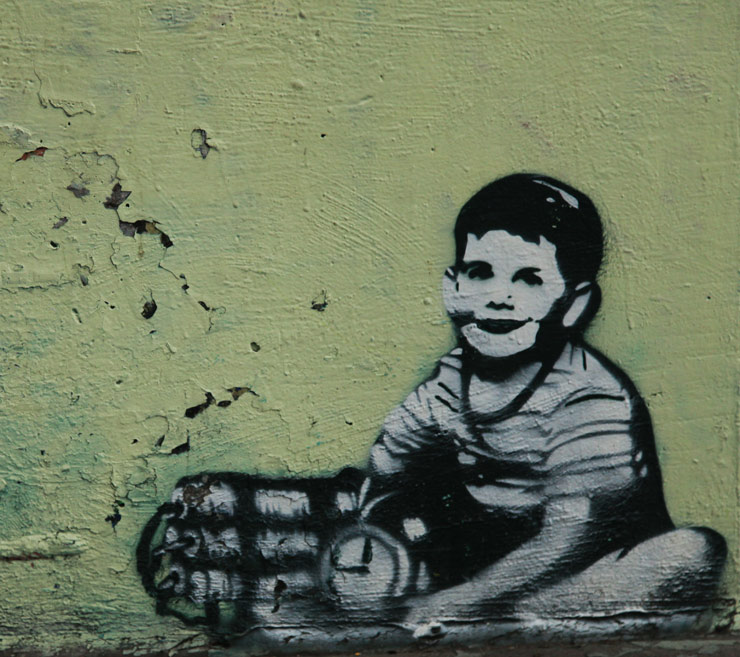 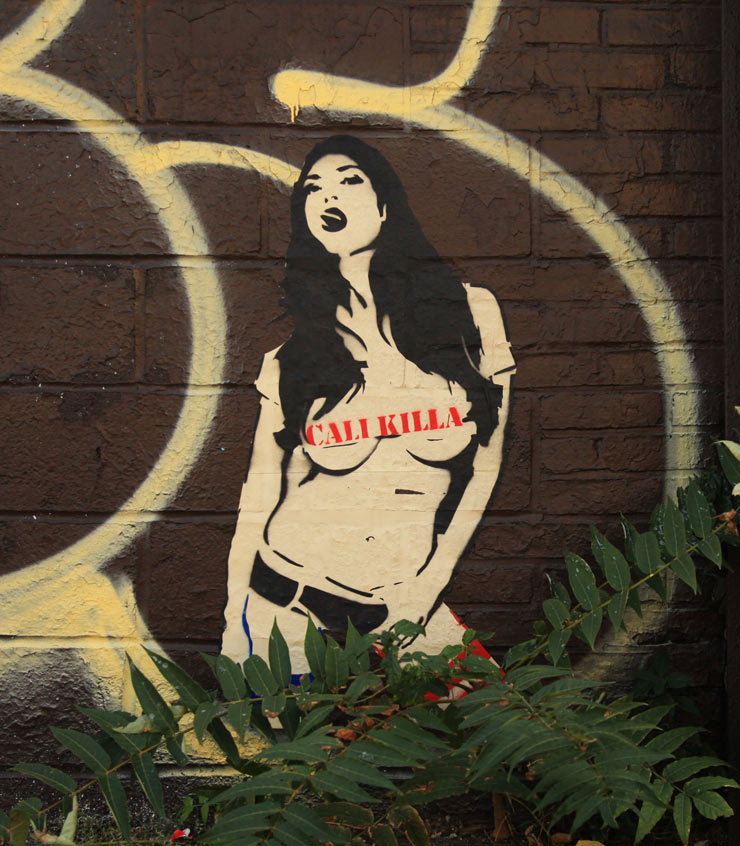 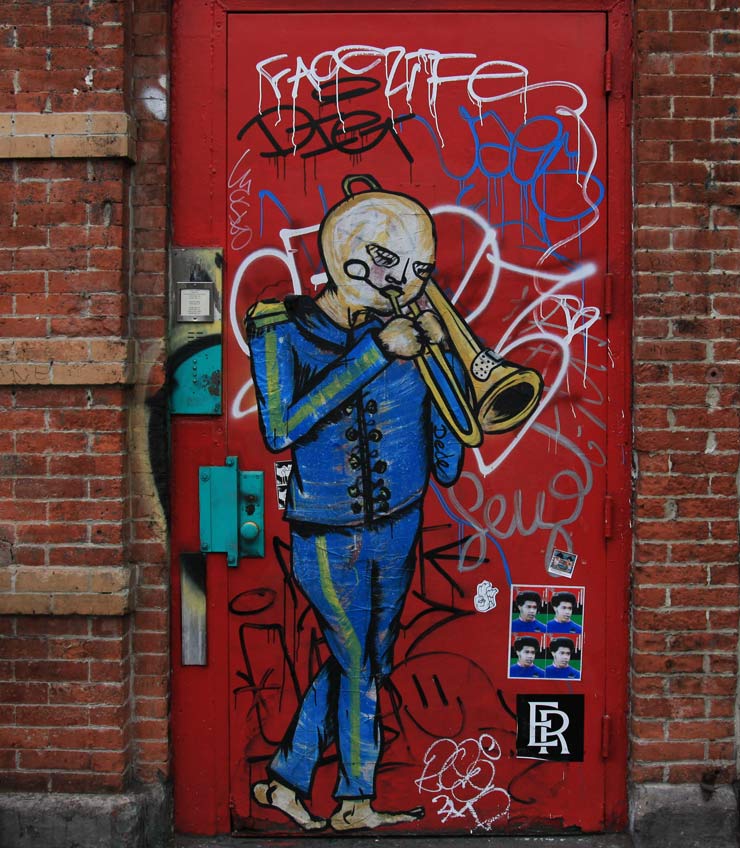 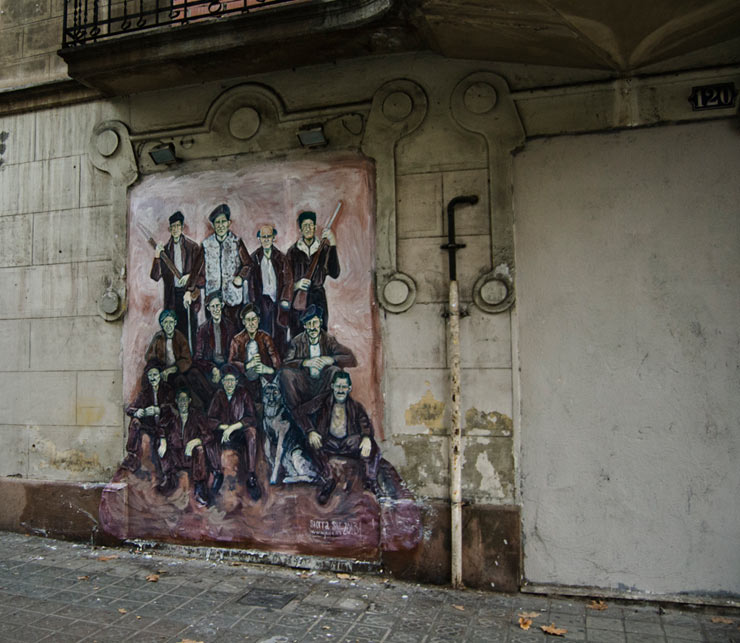 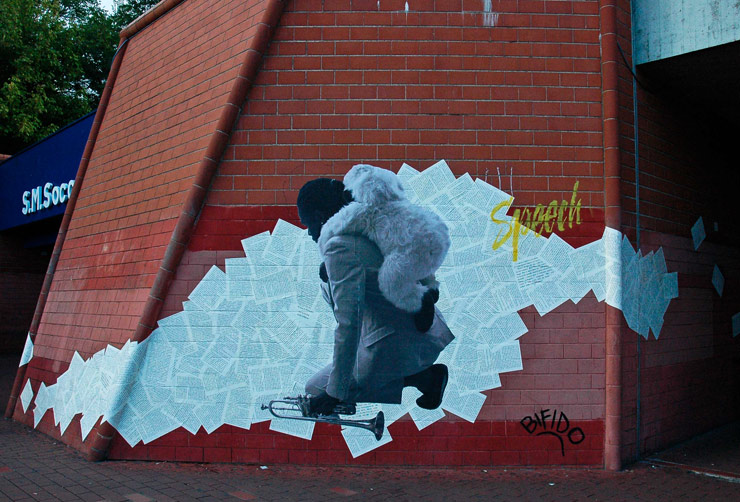 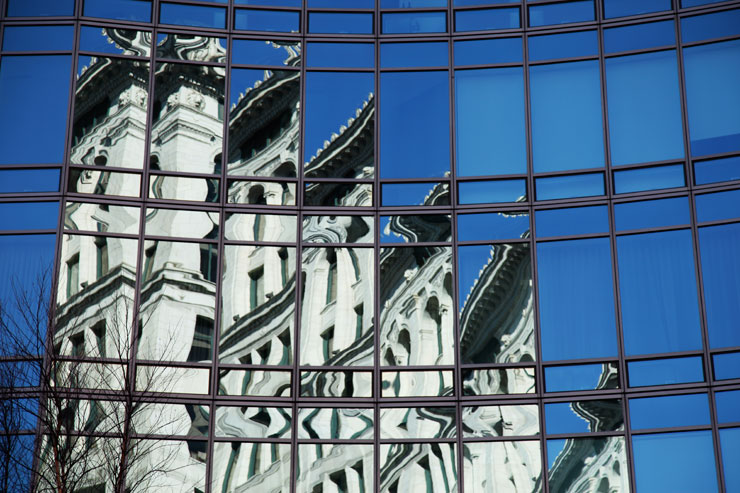