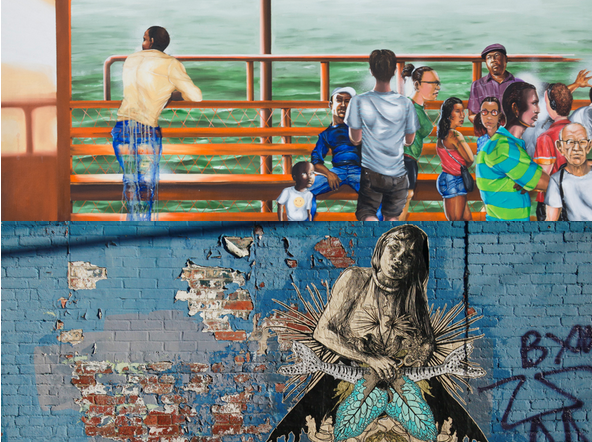 Every ticket sold tonight for “Street Art Stories” goes directly to benefit the Museum of the City of New York and you bought them all!

We have to be two of the luckiest people in this graffiti/street art/urban art scene when we get to hang out with you and artists and talk about New York and how it continues to inspire those who live here and those who arrive year after year.

The New York that inspired hometown train writer and teenager Chris “DAZE” Ellis in 1970s and 80s is the same one that inspired art school student and Street Artist Swoon in the 1990s and 00s. The five boroughs continue to be in a state of movement and flux but the artists on the streets have their fingers on the pulse of that change, adding their own stories and using their work to reflect the city back to itself.

Each pioneers in their own right, DAZE and Swoon have established voices that speak of the aesthetics and the anthropological, sociological, and psychological aspects of life in the city, each using it as a muse to better understand the inner workings and complex nature of urban life. Tonight as we celebrate this unique form of storytelling with these artists you are invited to see Chris’ current exhibition Chris “DAZE” Ellis: The City is My Muse. 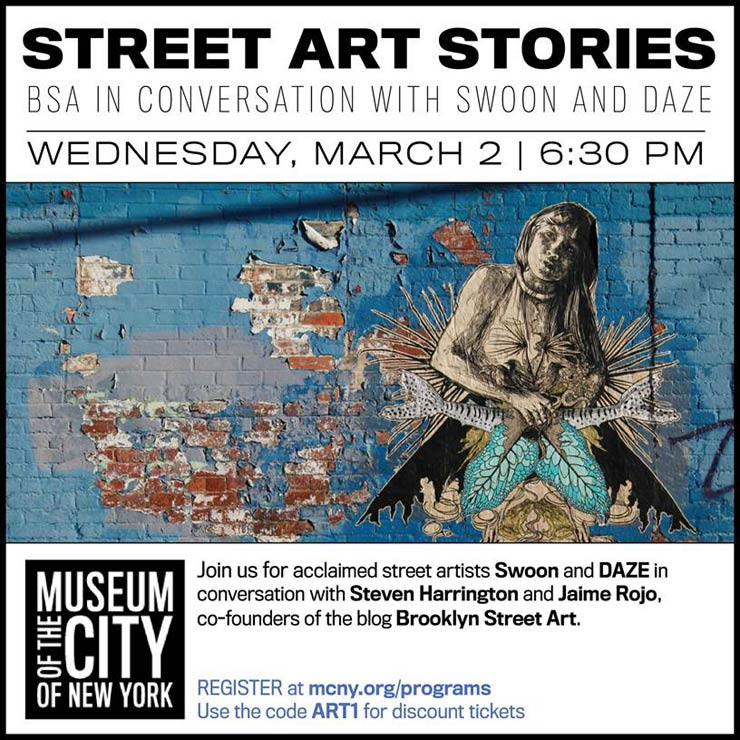 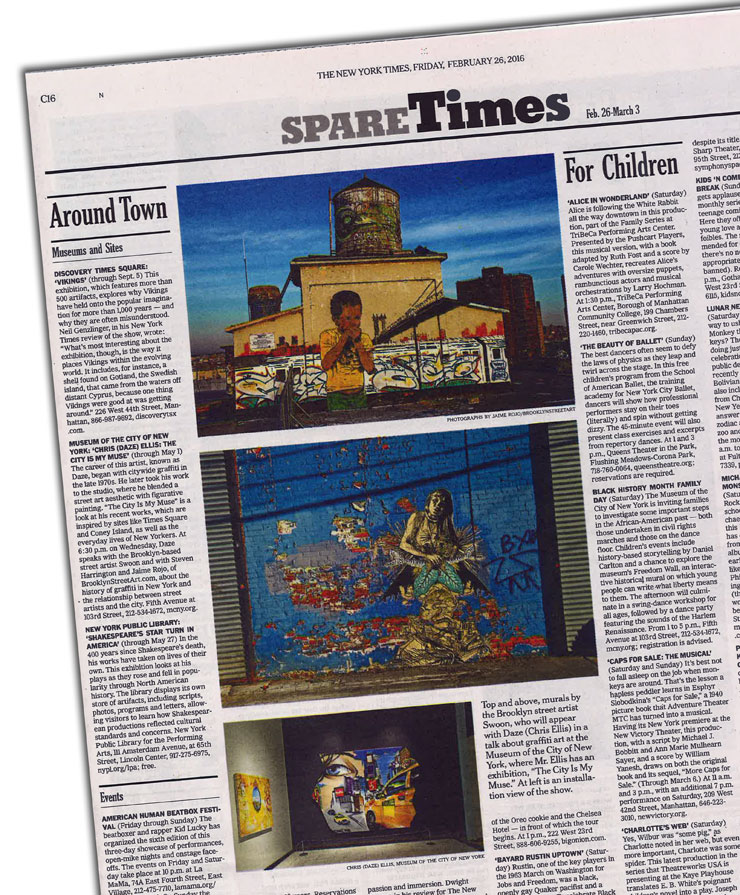 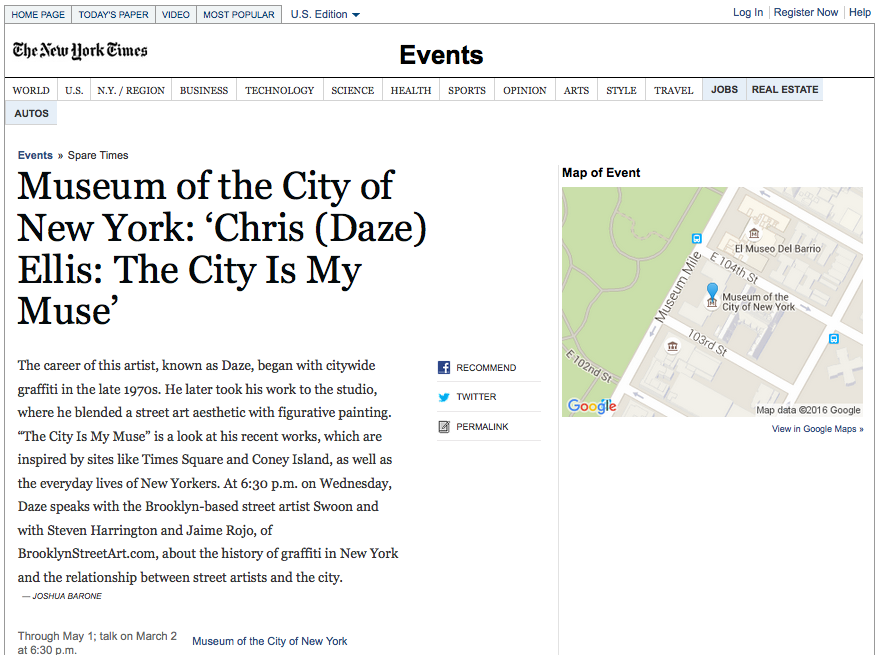 Top image in New York Times piece is Chris Stain and Billy Mode. Second image is Swoon. Both images in Brooklyn and shot by Jaime Rojo. 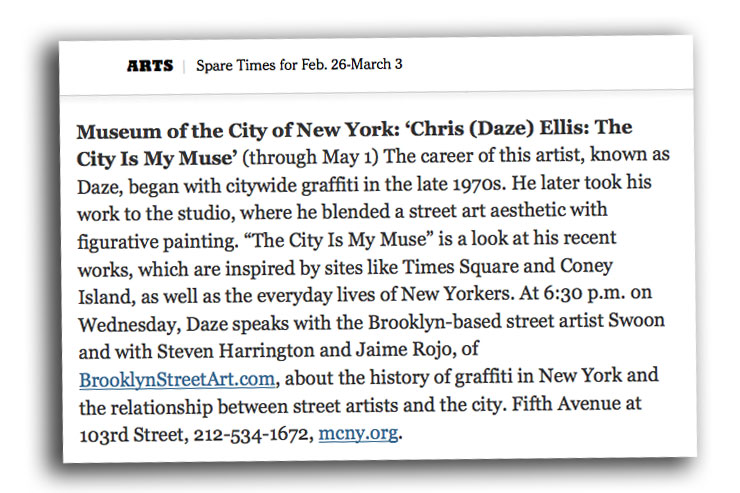