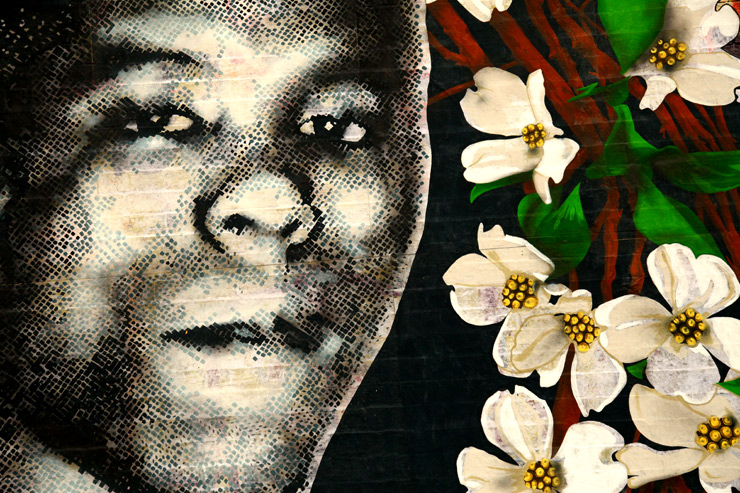 As thousands march in the streets of New York City to protest the death of Eric Garner in Staten Island today we are reminded of a similar series of marches that happened in Bensonhurst, Brooklyn exactly 25 years ago. Then, as now, the city was hurting because of our collective inability to face our legacy of racism and many of the speeches given today were almost identical to the ones given then. Reverend Al Sharpton was in that march and here he is again, as well as many other leaders and people of good faith.

A few years ago we shared with you the particulars of 16 year old Yusef Hawkins who was chased and killed because of his race and the memorial that Street Artist Specter had placed on a wall to remember him (see Specter Memorializes Yusef Hawkins in Brooklyn). 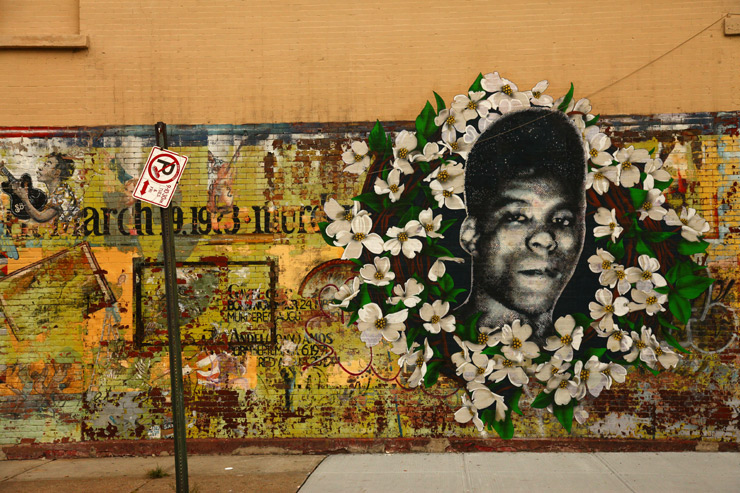 Friday the local radio station WNYC revisited the neighborhood to see how much had changed and how much has stayed the same.