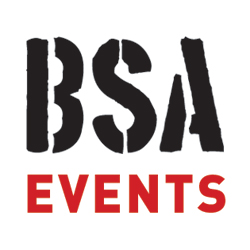 BSA Images Of The Week: 06.13.21
Last week we brought you the first annual Jersey City Mural Festival with generously scaled murals and unbridled color. Muralism isn't new but mural festivals are now a dominant vehicle or platfo...
BSA Images Of The Week: 08.13.17
“I would recommend you take a good look in the mirror & remember it was White Americans who put you in the presidency, not radical leftists,” tweeted David Duke yesterday as #cha...
Spring Has Sprung : BonBon, UNO, and OX on the Street
It has been two days since the Sun was directly over the Equator and she is heading north to bring the Global North a lot of flowers and blossoms in the earliest spring since 1896. Today we have newly...
Louis Masai, Dogs, Kids and "Mission Rabies" in Malawi
"Dog is man’s best friend," goes the colloquialism attributed to Frederick II, King of Prussia. Rabies is friend to neither. Louis Masai for Mission Rabies. Blantyre, Malawi. May 2016. (photo © Lo...
Michael Beerens: Stop Slavery
Modern slavery takes many forms, and is known by many names: slavery, forced labor or human trafficking. A star of yesterday's BSA Film Friday, here is French Street Artist Michael Beerens sharing pi...
Brooklyn Street Art Cock 'n' Bull Gallery Dcreet London Run U.K.