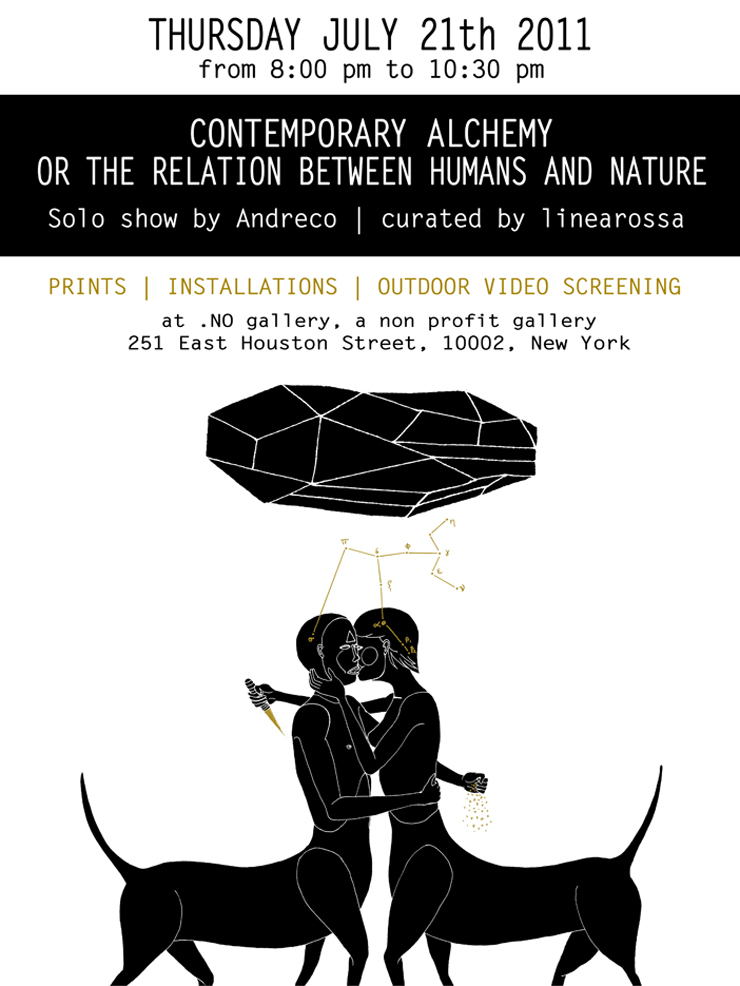 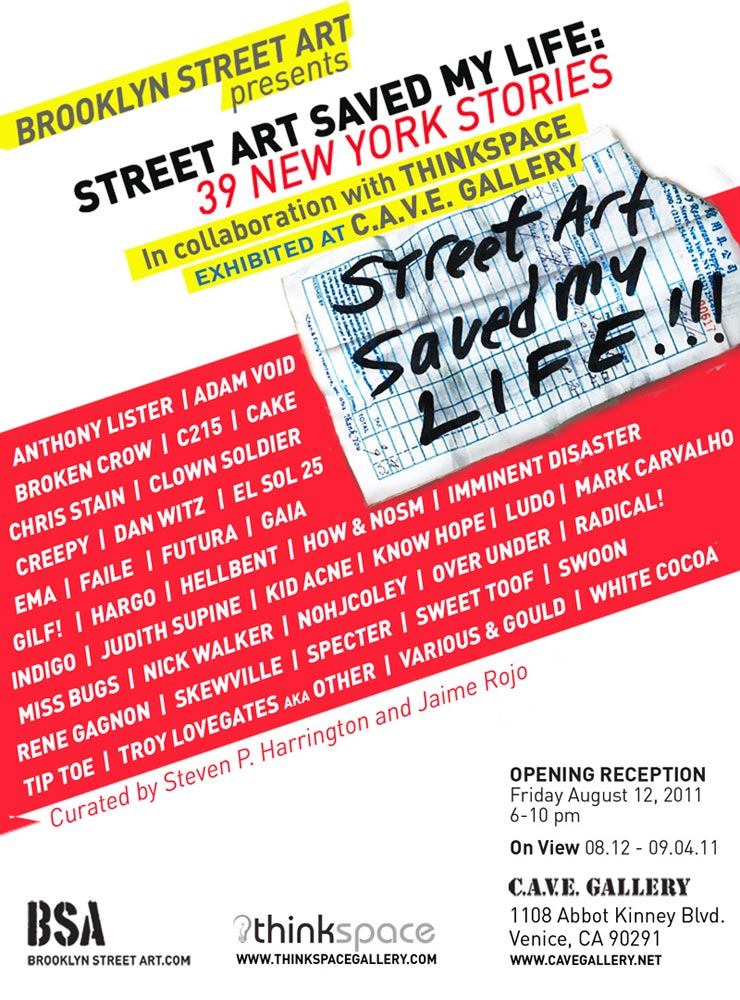 Street Art Saved My Life : 39 New York Stories heralds the new highly individual character of stories being told on the streets of New York by brand new and established Street Artists from all over the world. Steven P. Harrington and Jaime Rojo, founders of BrooklynStreetArt.com focus on this flashpoint in modern Street Art evolution by curating a strongly eclectic story-driven gallery show with 39 of the best storytellers hitting the streets of New York.

Street Art Saved My Life : 39 New York Stories, the gallery show, accompanied by an LA street wall series by selected artists and a public panel lecture and discussion, intends to stake out the New Guard in street art while recognizing some powerful near-legendary forerunners.

The staunch individualists in Street Art Saved My Life : 39 New York Stories give voice to the evolution of the Graffiti, Mash-Up, and D.I.Y. movements that birthed them; creating an eccentric, highly individual, and raucous visual experience on the street. With widely varied backgrounds, techniques, and materials at play, “The Story” is the story. With truths as diverse and difficult as the city itself, each one of these artists is a part of a fierce, raw, new storytelling tradition that is evolving daily before our eyes.

Presented by Brooklyn Street Art in collaboration with ThinkSpace and C.A.V.E
Curated by Steven P. Harrington and Jaime Rojo of BrooklynStreetArt.com

To introduce readers to some of the Street Artists in the upcoming show “Street Art Saved My Life: 39 New York Stories”, BSA asked a number of the artists to take part in “Back Talk” with one of our most trusted and underground and sweet sources for modern art, Juxtapoz.

Today we hear from Chris Stain.

Something you want the world to know about you: “Baltimore born. Mixed breed. House broken. Got two kids I love. Get along with punks and skins, b-boys and b-girls. Like to cut stencils. Spray paint. Write my name on sh*t. Member of justseeds.org, Out to Live, and In the Dream. Been vegetarian for 22 years goin’ on 23. Wish I could still skateboard like it was ’87.” 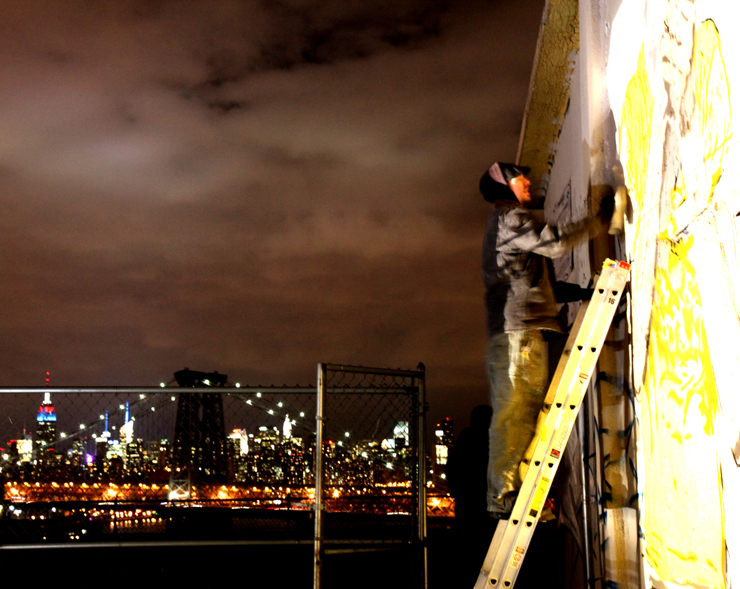 Read “Back Talk: A conversation with Chris Stain” on Juxtapoz: http://www.juxtapoz.com/Features/back-talk-a-conversation-with-chris-stain