Latin America has a proud history of public and political mural artists in the past century – Revered masters of muralism like Diego Rivera, Jose Clemente Orozco, and David Alfaro Sigueiros (among others) are widely considered defining contributors to Latin American culture and socio-political advocates of change. Outdoor murals have historically been considered a fitting stage for creative expression, social critique and political galvanizing – even a point of civic pride for their role in engaging communities. In the case of muralists working in the realm of their newly coined “Social realism” style, wide credit is given for being social change catalysts in the fight for workers rights and the rights of the poor in much of Latin America from the1920s through the 1960s.  In the 1970s and 1980s other renowned artists took the public mural tradition into additional stylistic territory reflective of the art movements inside galleries worldwide, while retaining thematic connections to social and political advocacy. 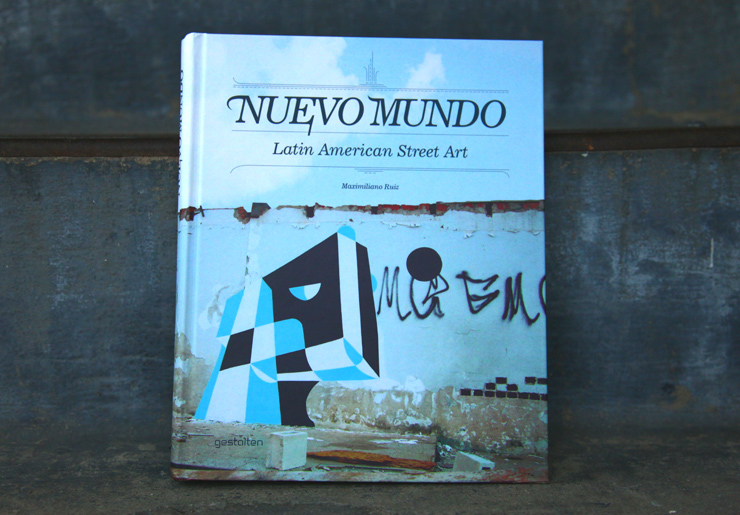 Perhaps it is this history and tradition that has enabled the explosive growth in street art in the last five years thoughout Latin America. Maximiliano Ruiz observes in his book “Nuevo Mundo”, published this spring by Gestalten, that the people of this region, “have managed – and still manage today – to create a strong artistic identity, even during difficult times.” It is only natural then that Street Art has taken deep roots all over Latin America. No stranger to economic hardship and military regimes, the resiliency and self reliant character of artists in Latin America lends itself naturally to the D.I.Y. approach of Street Art culture; resulting in “sudden” growth of strongly realized, fully formed pieces taking over sides of buildings everywhere. 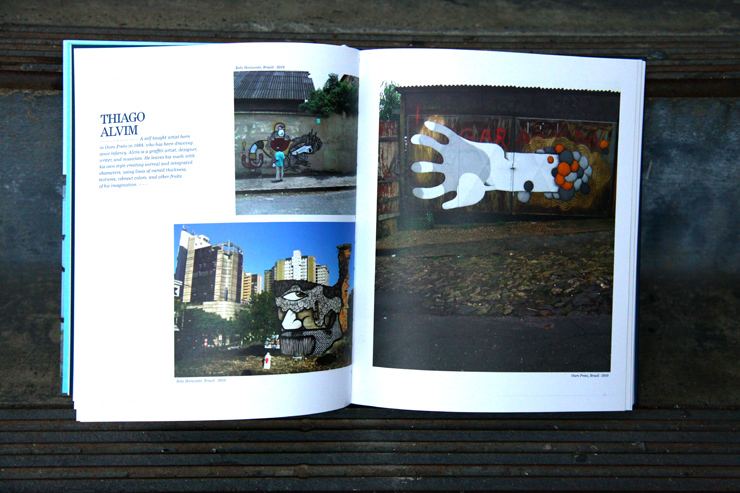 Ruiz traveled to many Latin American countries to document the artistic output of this new generation in polished metropolises as well as smaller rural towns in Latin America. An exhaustive collection of beautifully photographed works of art, context for each artist is given in smartly insightful summary and the occasional soliloquy – part of the poetry that defines this world. Particularly beautiful is the seamless way in which the placement of many pieces blends with the unique Spanish-Baroque architecture prevalent in Latin America. 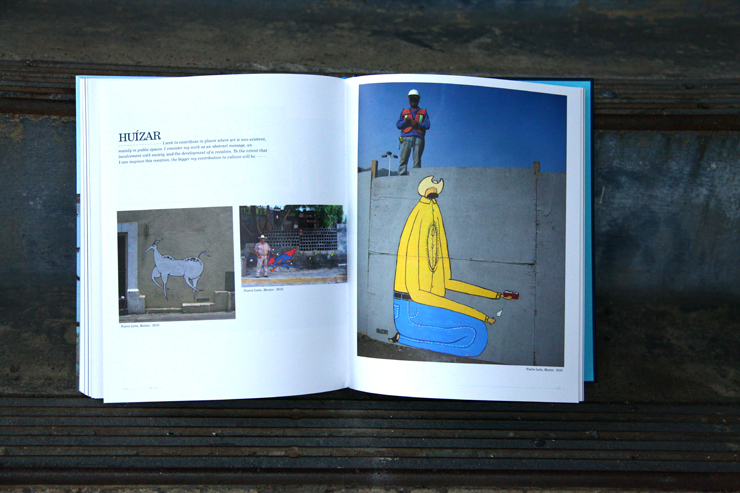 From the press release below:

One could argue that today’s most innovative street artists come from Latin America. The unique visual styles of Os Gêmeos, Bastardilla, Vitché, Saner, Jorge Rodriguez Gerada, and others are not only highly respected in the international art scene, but their work has also been exhibited at renowned museums including the Tate Modern and Fondation Cartier.

Nuevo Mundo is the first book to provide a comprehensive documentation of current street art in Latin America by exploring the full spectrum of regional scenes in their impressive diversity. The book is structured into chapters that introduce work from Argentina, Brazil, Central America, Chile, Columbia, Cuba, Ecuador, Mexico, Paraguay, Peru, Uruguay, and Venezuela.

Click on the link below for more on “Nuevo Mundo: Latin American Street Art”