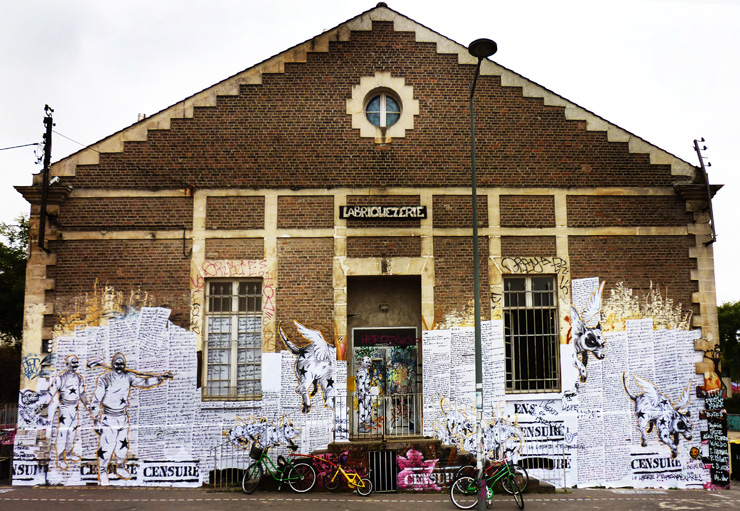 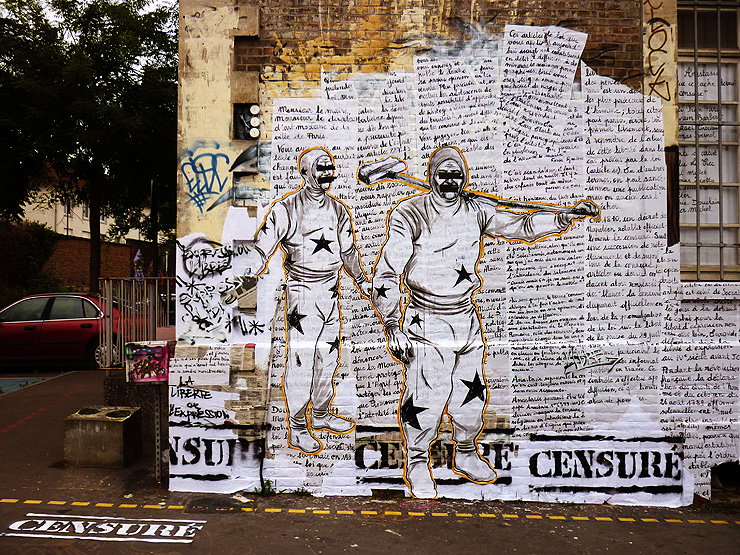 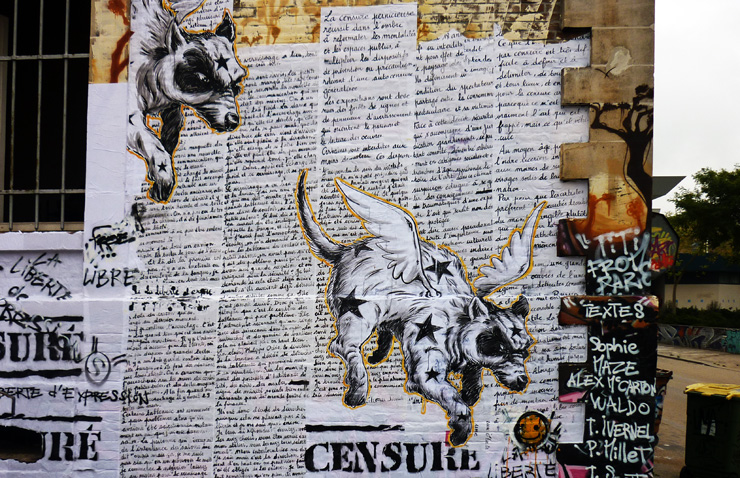 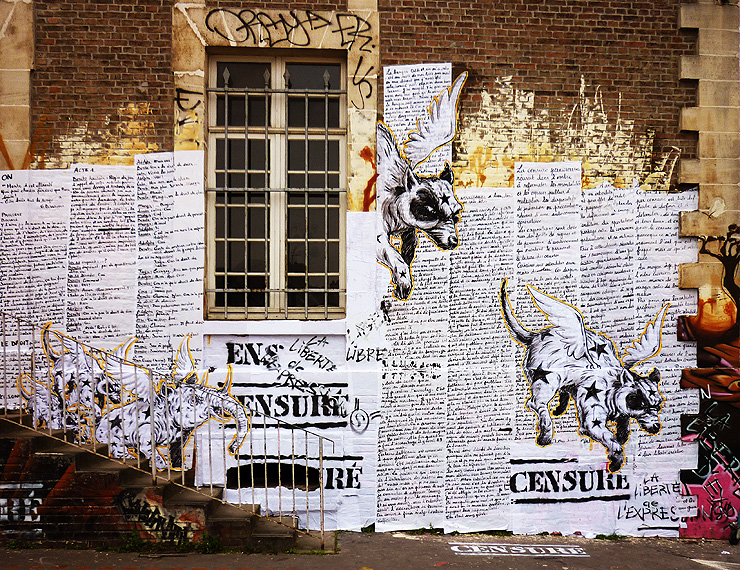 The Bushwick Collective Turns 5
BSA has been promoting and supporting The Bushwick Collective and the artists who paint there from the very beginning. Before The New York Times. Before Time Out. Before The Daily News and many other...
Sandra Chevrier and "Cages"
With precision and guile Sandra Chevrier has painted a female world that is sophisticated, unreachable and appealing, whether painted on canvas, street mural, or stuck to a wall in the margins of a ...
GLEO Paints "The Original Dream" in Kansas
A blended composition of communities in a somewhat theatrical and warmly surreal rendering with personal features and cross-cultural decorative finesse, these folks painted across 17 silos in Witchit...
Jersey City Mural Festival Cracks Open Summer Skies in MANA Style
After a lot of planning and with great fanfare Jersey City is launching its inaugural mural festival and BSA is proud to bring it to you as media partner - and we are excited to see familiar and ...
SpiderTag Traces Electric Geometry on the Swedish Waterfront
The Argentinian Street Artist named Spidertag has freed his work from the wall these days and prefers to trace geometry in the air. Spidertag. Artweek. Helsingborg, Sweden. Day 5. (photo © Spiderta...
Amiens André François censorship Christian Manable Enlightenment For Adults Only France Galileo Janine Kotwica Jean Claverie L'Observatoire de la censure Le Monde Nicole Claveloux Roman Catholic Church Steven P. Harrington Titi from Paris Tomi Ungerer