It wasn’t so long ago that these Brooklyn streets were at war, in a real army v. army battling sort of way, not just rappers out-rhyming each other at a block party.

Street artist General Howe researches significant sites in Brooklyn that relate to the Revolutionary War aka Battle of Brooklyn.  It’s probably an extension of his childhood, where the General waged war regularly with these same toy soldiers. 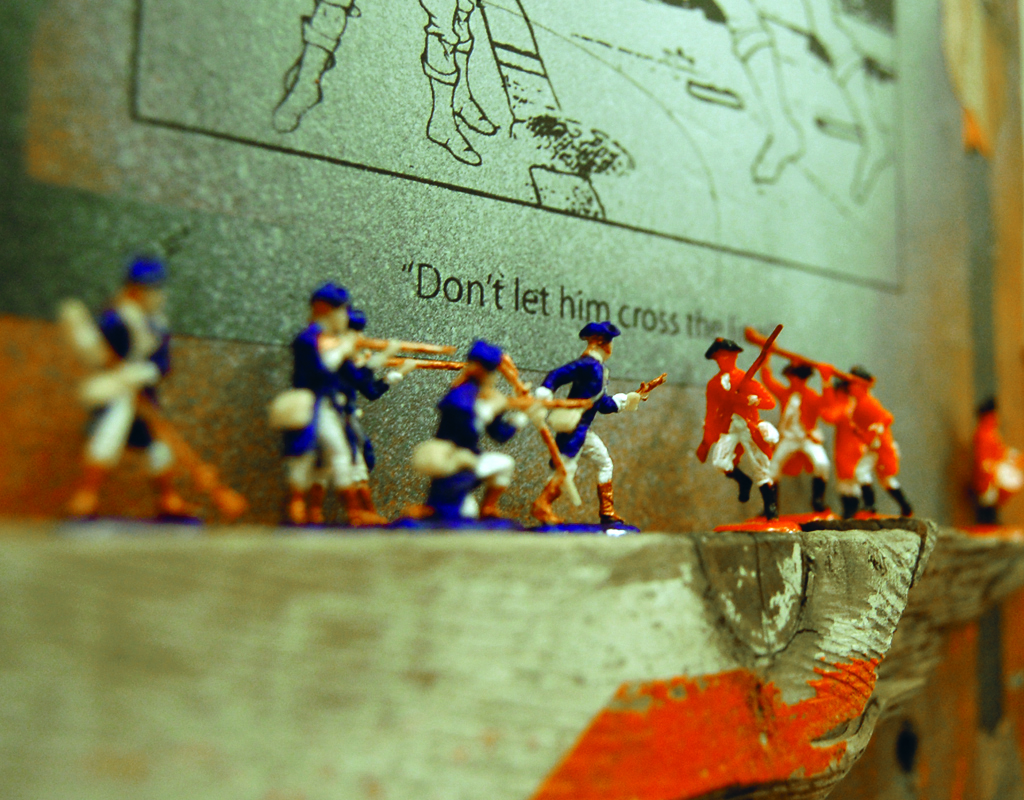 Now the tiny plastic men are historically placed in exact locations around the city where battles actually took place. If you don’t notice the small cluster, you might smush an entire brigade with your foot – which is usually what happens.  In the loud grit of the street, the bright little dudes, detritus and Duco cement mix with history, movies, and the nostalgia for childhood. 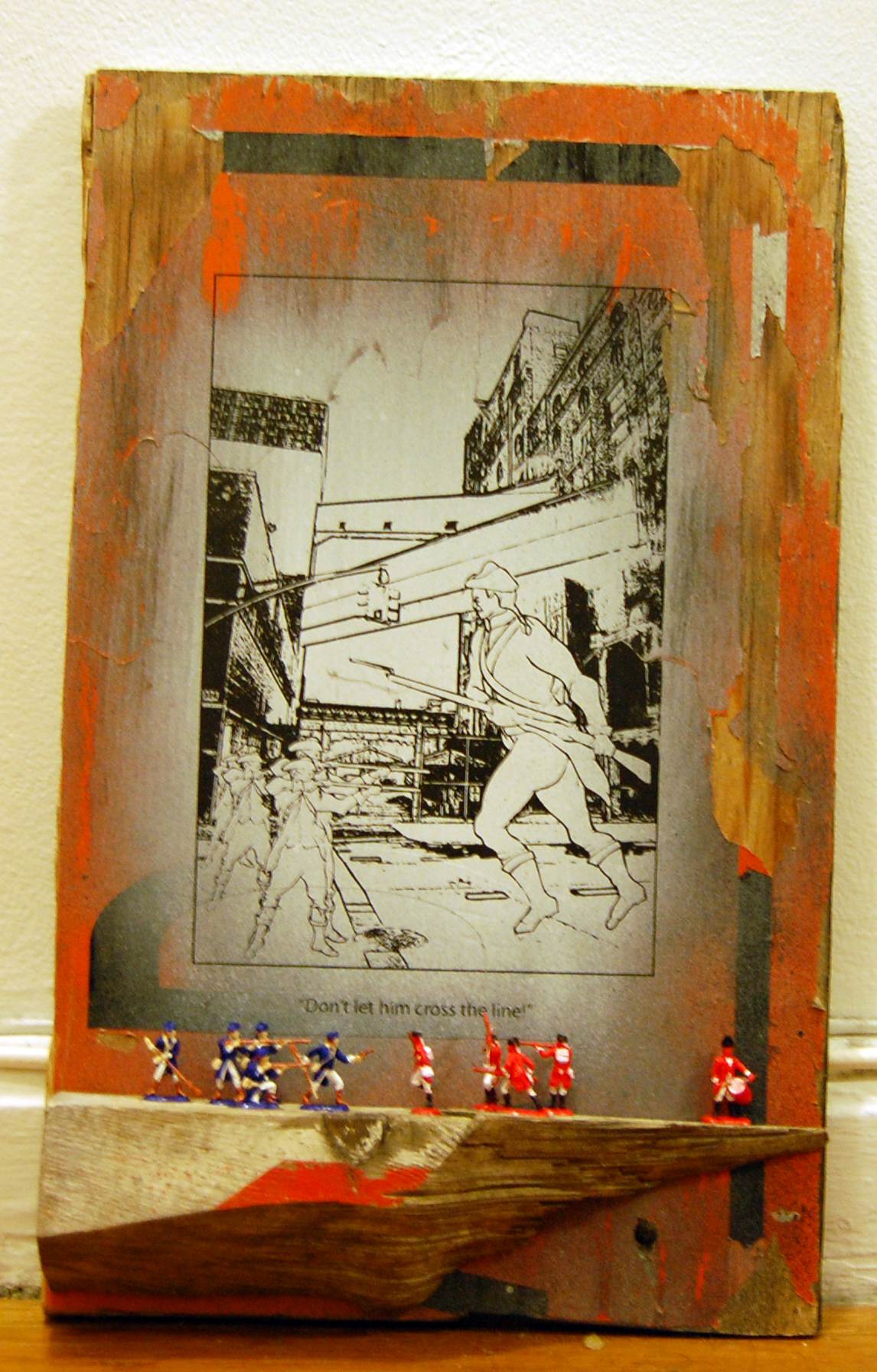 For the Street Art New York Silent Auction, the General has contributed this piece that ties in all his favorite themes and labeled it “Faith”.  He says it’s “an icon to reflect on the experience of creating these battles in the streets of Brooklyn.” The scene is actually part of the Domino Sugar Factory on Kent Avenue, and the style is part of a new series he is doing to evoke the aesthetic of coloring books that children use.