Monday while most of New York street art enthusiasts were frantically chasing after Banksy’s new offerings in our city, BSA had the good fortune to spend the afternoon with ROA witnessing the Belgian’s masterstrokes with a spray can on the side of one of Brooklyn’s iconic water towers.

CLICK ON IMAGES TO ENLARGE.  SEE BRAND NEW VIDEO BELOW.

It was gray and warmish, the sun was somewhere radiating behind the clouds, and enough spring was in the air to bring a mocking bird to the roof to dart from spot to spot and sit atop a satellite dish. 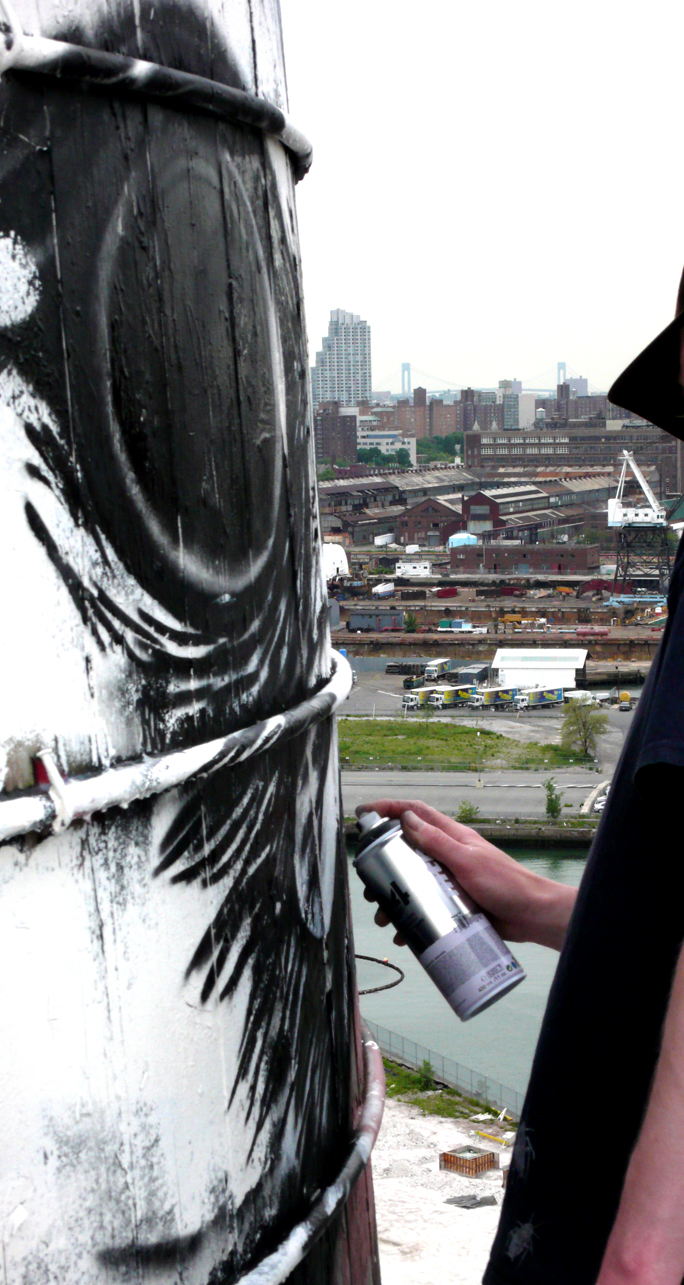 While ROA lithely paced the roof looking for the right position on the tower and tracing it with his fingers in the air, our fine flying city visitor popped off a few jazzy notes in search of a lady bird who might find his downy wings a refuge from the dirty breeze. 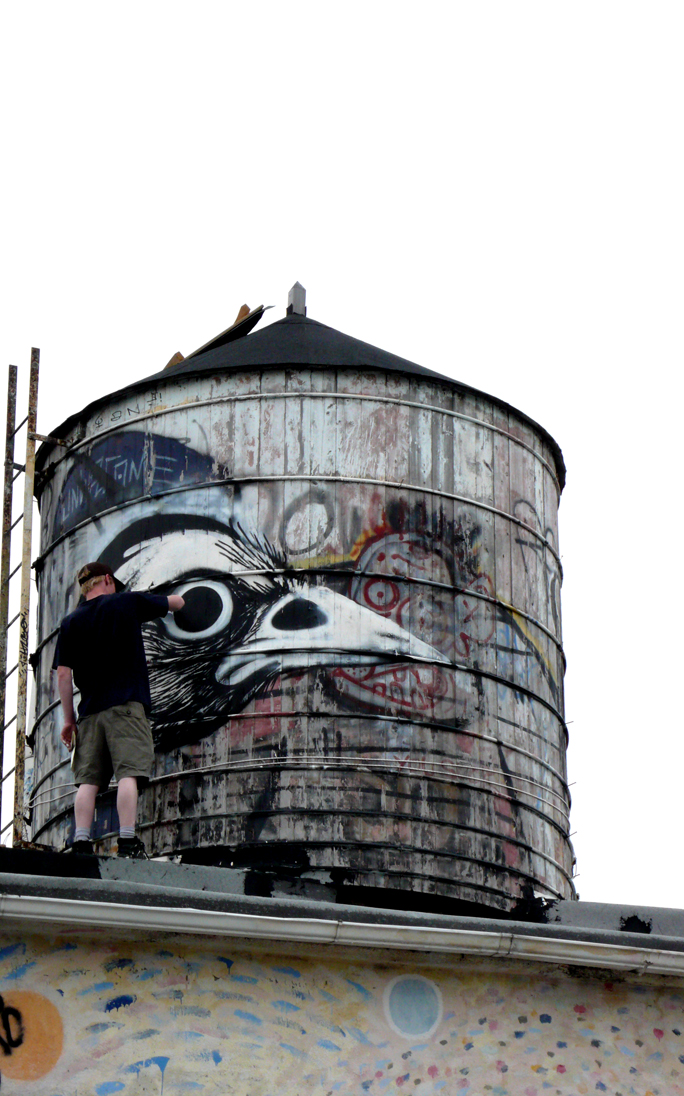 Any cityscape depiction of Brooklyn always includes the silhouette of a water tower or two, and having one of ROA’s distinctive animals embellished with peculiar sooty urbanity across the side of this icon completes some kind of cycle. 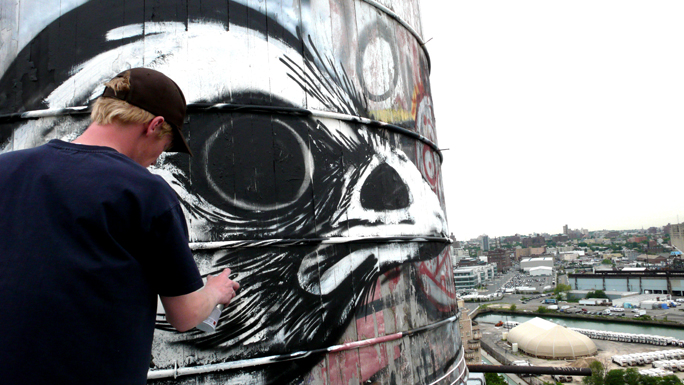 Once he began, it wasn’t long before ROA’s bird was poking his head out of the water tank to take a gander at the roof and the river and the industrial gray day that spread across New York.

Our little friend the mocking bird may have known what was happening, but he may have been more interested in the female that also darted by once or twice, and that’s why he kept singing.  Looks like a cycle of spring was completed in front of our eyes. 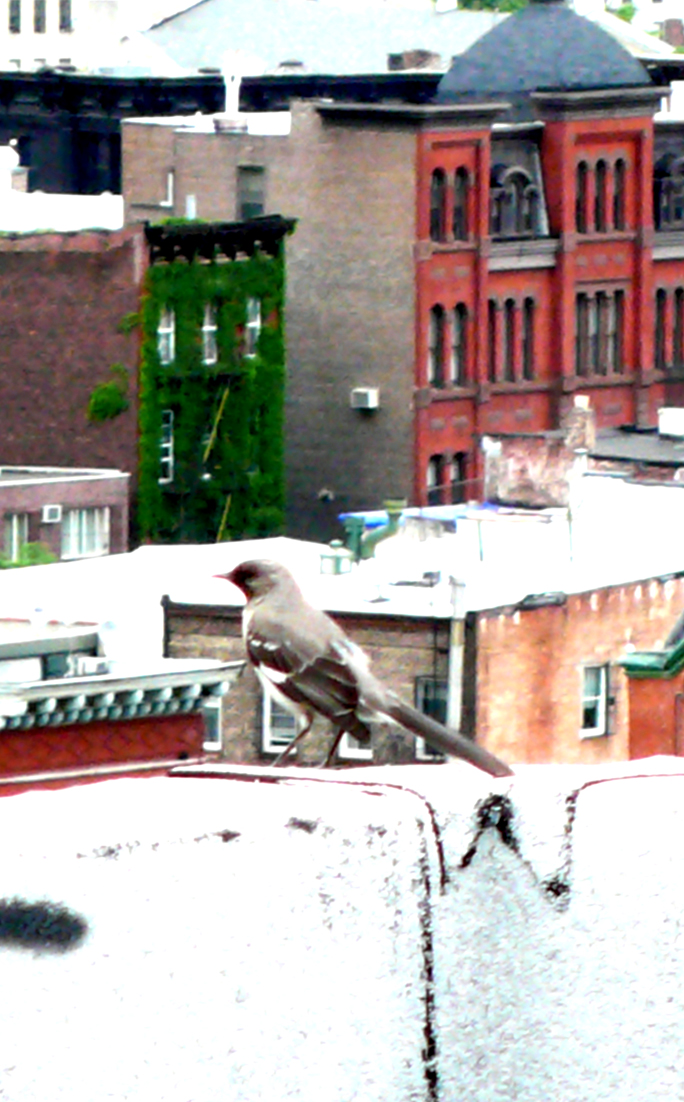 This smartly attired mocking bird hung out with us and kept up the pace with a steady repertoire of chirpy songs and fly-overs. He loved the attention all afternoon. He also liked dried fruit. (photo © Jaime Rojo) 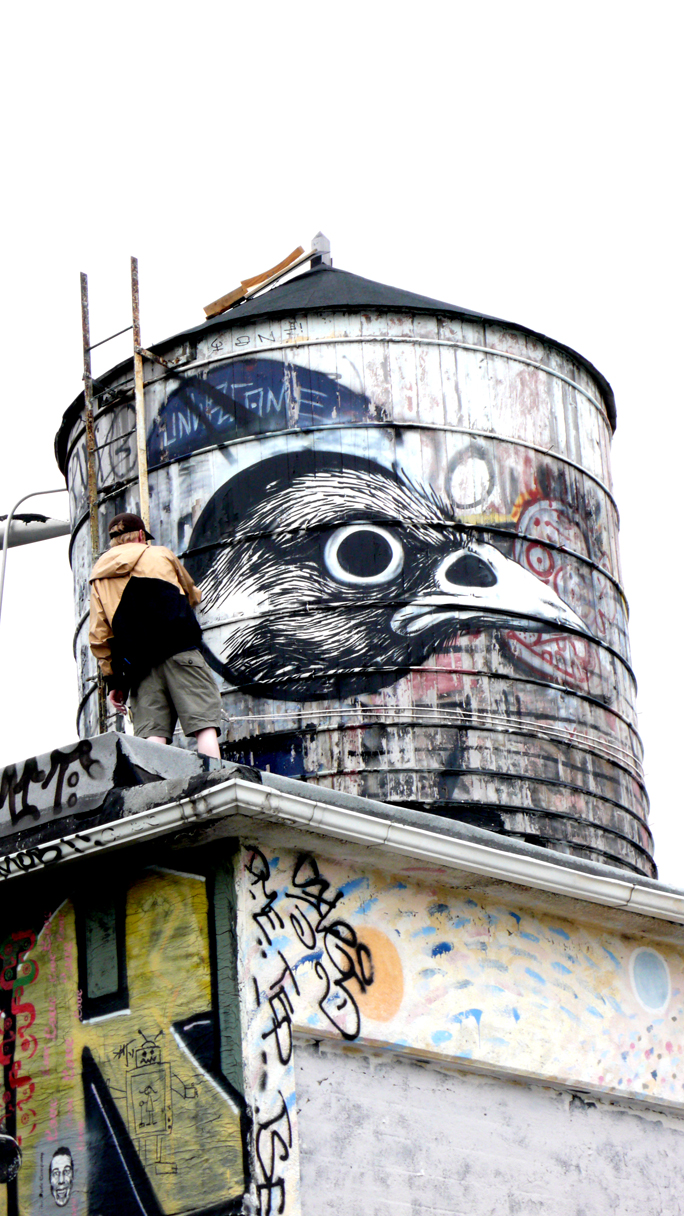 Witnessing ROA at work, one sees that the decision of placement is key – and the execution is tempered and thoughtful. His singular animals are frank and unromanticized – at home on this unvarnished post, a counterweight to caged dilettantes posturing inside glass towers. 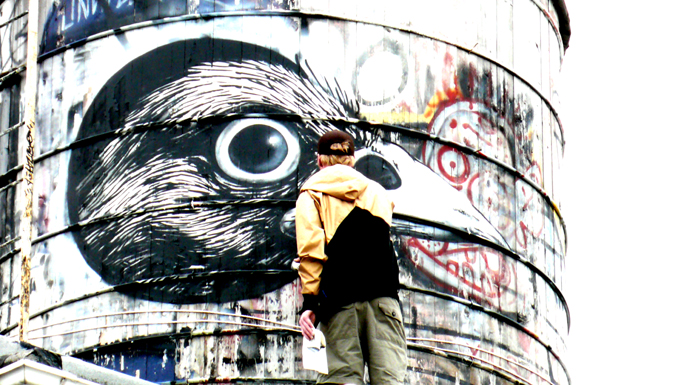 When the breeze picked up ROA picked up his hoody. (photo © Jaime Rojo) 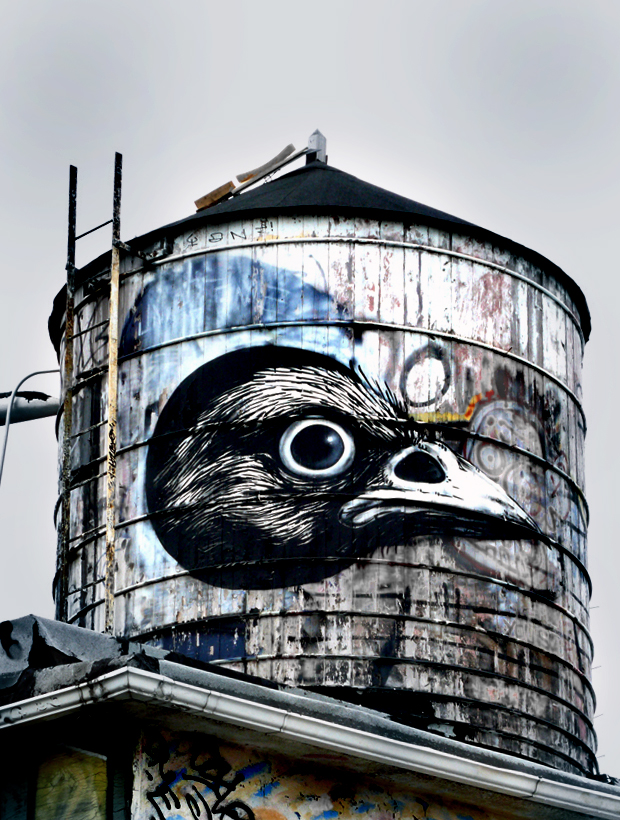 The finished bird poking his big head out of the water tower. (ROA )(photo © Jaime Rojo)

SEE our other video of ROA’s installation of a 35 foot high bird HERE: