Education continues to be hotly discussed and chronically underfunded, much to the detriment of current and future workers in the US.  Despite the rhetoric of the last ten years, many children have been left behind. For some reason we can save banks but not schools. As elsewhere in the social strata, the gap widens between those with access and those who don’t stand a chance. 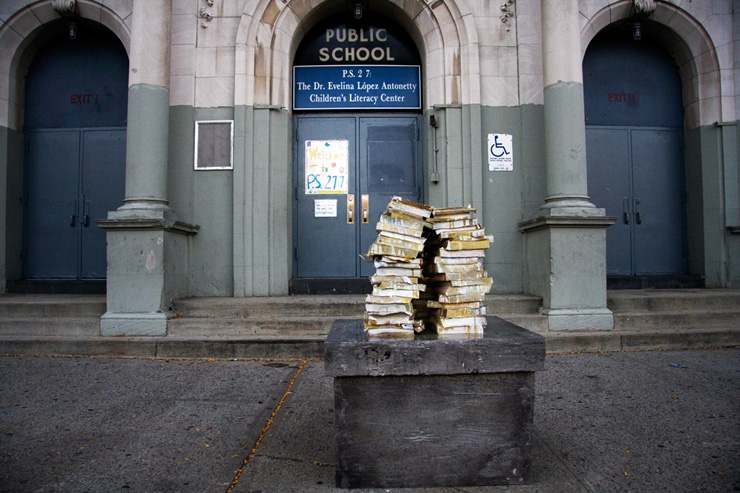 A recent show in Manhattan featured Street Artists and others to raise funds and re-kindle the education discussion about how the collective “we” is in danger in the US when it comes to preparedness in science and technology among other areas.  Street Artist Specter participated in the Re:Form School show and is now thinking about how to translate that experience into his work on the street. 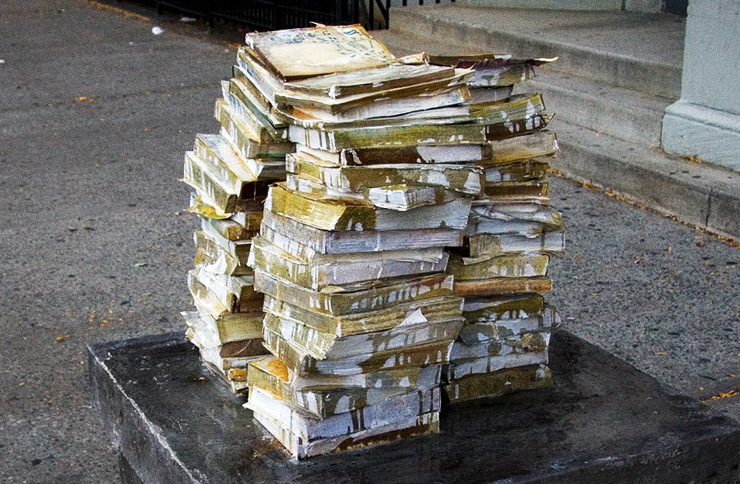 Explains Specter, “My new series, ‘Undereducated,’ continues the discussion of the RE:FORM SCHOOL art show and the release of Waiting for Superman. A text-book sculpture was placed at the entrance of P.S. 277 in the South Bronx’s 7th District. Old text books are renewed to inspire students, bring art to their streets and force attention to disastrous cuts in arts education. By placing art around schools we can expose students to different ideas and present art where it has been cut out.”