Street art in the last five years has been lit on fire with politically themed illustrations, installations, slogans, opinions, and insights that implore passersby to take action and to be engaged in the direction that society is leading.

The once-consolidated TV-print media system has had many challengers in social media and websites, though those now too are being censored, demonetized, and throttled by the corporations and certain state actors who have infiltrated and hampered the free-flow of opinions and political discourse under various “honorable” guises.

Because major political machines and the corporate media don’t typically use the streets as a communication platform in US cities, aside from the occasional poster campaign for a candidate, the rather unfiltered collection of views and voices come through.

The inheritor of the historically revered “soapbox”, a physical and metaphorical location in a public square where people put forward their opinions, beliefs, philosophies, and ideologies in an impassioned voice, street art currently thrills, perplexes, informs, and annoys. It reaches the tech-savvy and the greater majority of our neighbors who are not on social media.

Given that these opinions could be easily buffed or blighted by any passerby yet are permitted to stay, there is an argument that art on the street is the present Vox Populi, a truer representation of the voice of the people.

In the city that knew him first, Donald Trump is given special scrutiny and particular invective for his actions, inactions, behaviors in the role he has occupied as president of the country since 2016. His official opponent in the race is a career politician, an historically right-wing version of a left-wing party, is somehow positioned as a better alternative for an electorate who is desperate for something, anything better than what they have.

By night’s end (or week end, or year end) we will know who is the winner of today’s election; Trump or Anti-Trump. No matter who prevails, street art will undoubtedly weigh in with its opinion. 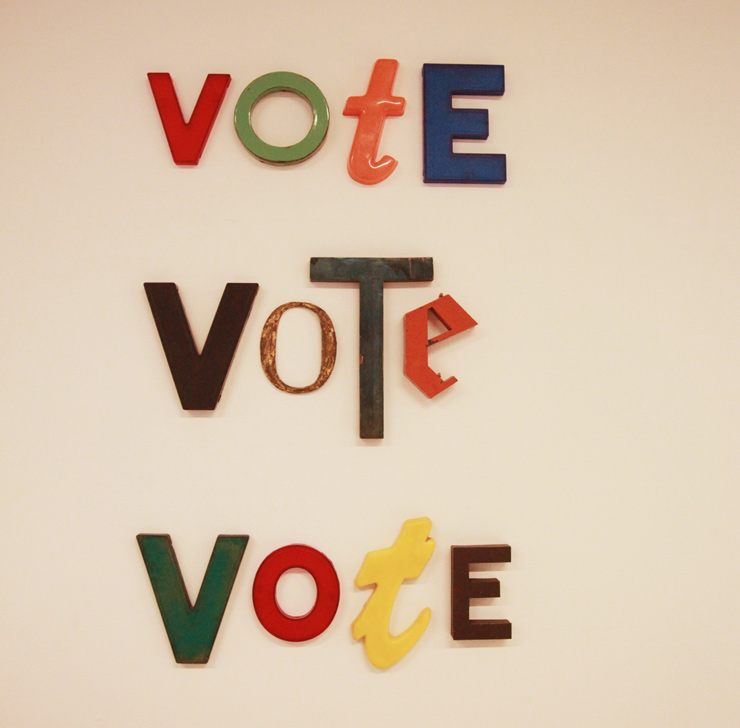 Let’s go team! All across the US the people are voting right now. People like YOU.

BSA has readers and fans in many countries, but the brightest young people dominate across all of them. They know what we need – they just need to use their voices at the polls.

If Millennials and Gen Z do not vote, it stays the same.