It is always a surprise to find a one-off piece that evidently took hours of work to create, wheat pasted into the public sphere and ready to face the ravages of rain and sun and wind and time on the street. It can be compounded when you discover there is meaningful story behind the piece.

“La Gran Inundada,” an acrylic painting on paper that began as a detailed drawing, is the name of this new piece by Jeice2 that just appeared in Istanbul, Turkey tucked into this arched depression on the street.  A portrait of a handful of chummy men of some official station from an earlier age posing formally and proudly before a church and a government building like one that may appear in a schoolbook illustration, until you observe that they are submerged up to their knees on an island, while water rushes wildly around them. 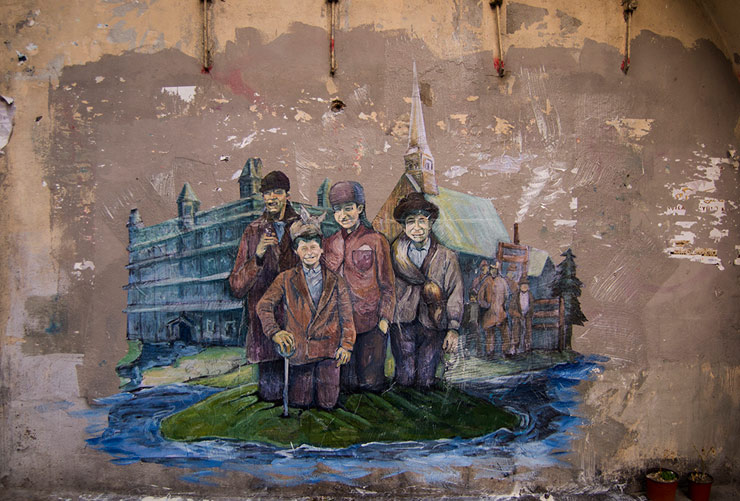 The metaphor rises from Jeice2’s opinions of the state of the economy and politics in his country, and the sentiment is heard in many places right now if you listen to the citizenry. In the case of some thoughtful street art, the message may not be explicit, but it is deliberate.

“The theme of this piece deals with corruption which is overflowing through the political system, flooding everything in my country today,” he says, as he discusses what he sees as an inundation of influential currency that is flowing into the metaphorical town hall behind these guys, a flood that will sweep up the poor and middle class. His advice? “Stay out of the money flooding.” 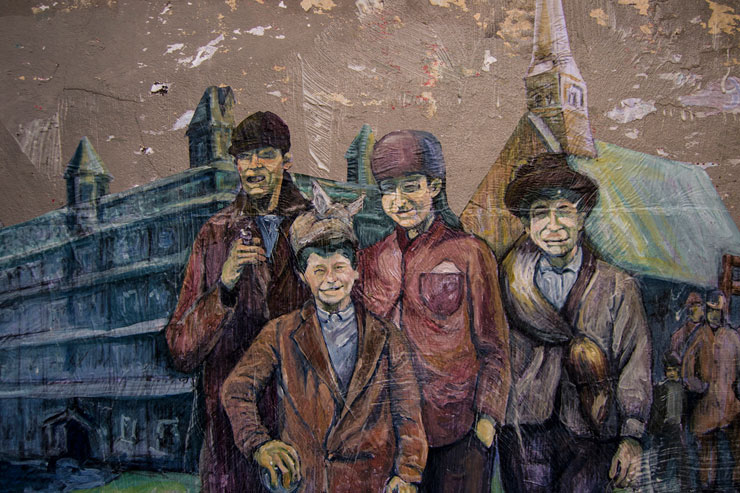 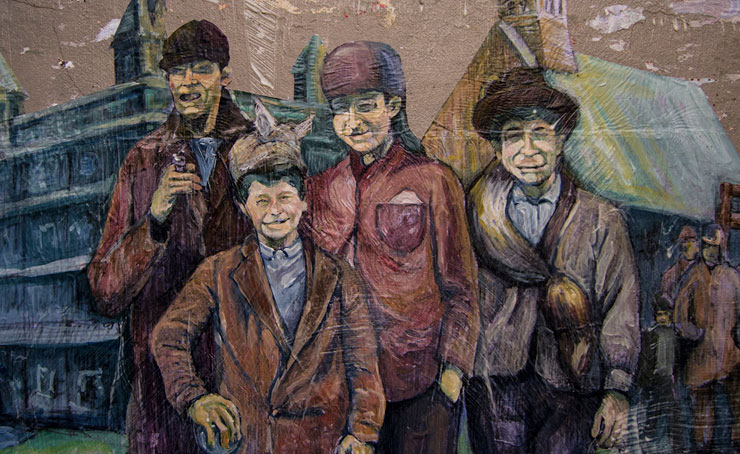 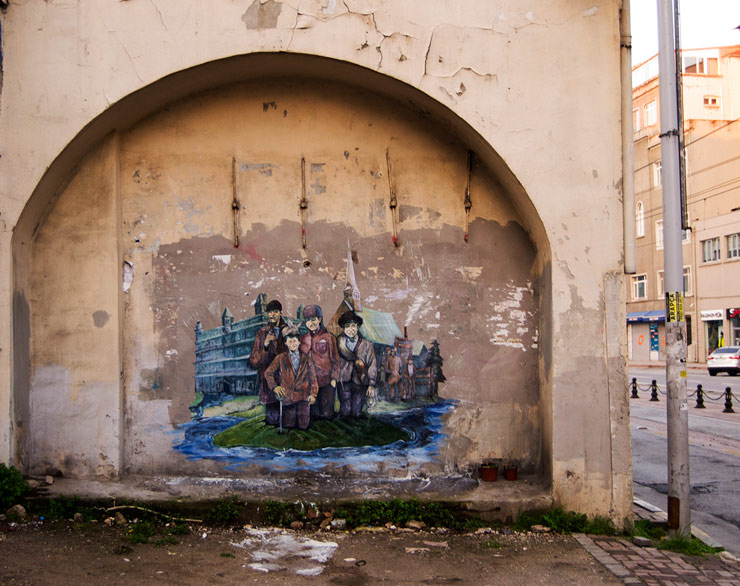