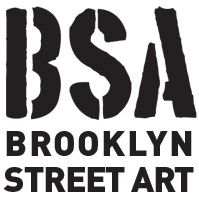 The Schoolhouse is pleased to present the first solo exhibition of Bushwick-based public artist Mata Ruda,
“Incurable Otherness.” In conjunction with Bushwick Open Studios, this exhibit will be open to the public from 5pm-10pm May 31 as well as 12pm-8pm June 1 and June 2.

Located in the turn of the century site of Public School 52, “Incurable Otherness” ties New York’s immigrant past with contemporary outsider concerns. At the height of Irish immigration in the nineteenth century, Superintendent James W. Naughton’s family left home for a promising future in the United States. Through this transition, the superintendent became an influential member of the Board of Education, which led to the construction of this building, along with several others, as a means to accommodate the burgeoning borough of Brooklyn. As time has shifted, so have the immigrant populations within the city. Today, through his imagery, Mata Ruda represents the wave of travelers moving from Central and South America north. Originally from Venezuela, the emotions that the artist raises can be earnestly seen, as they are a part of his experience.