Two years after his first exhibit, Brazilian Street Artist Apolo Torres returns to Verbo gallery in Sao Paulo for a show Thursday called TEMPESTADE (or Storm), with a collection of paintings from his most recent studio work, as well as drawings and prints on paper. 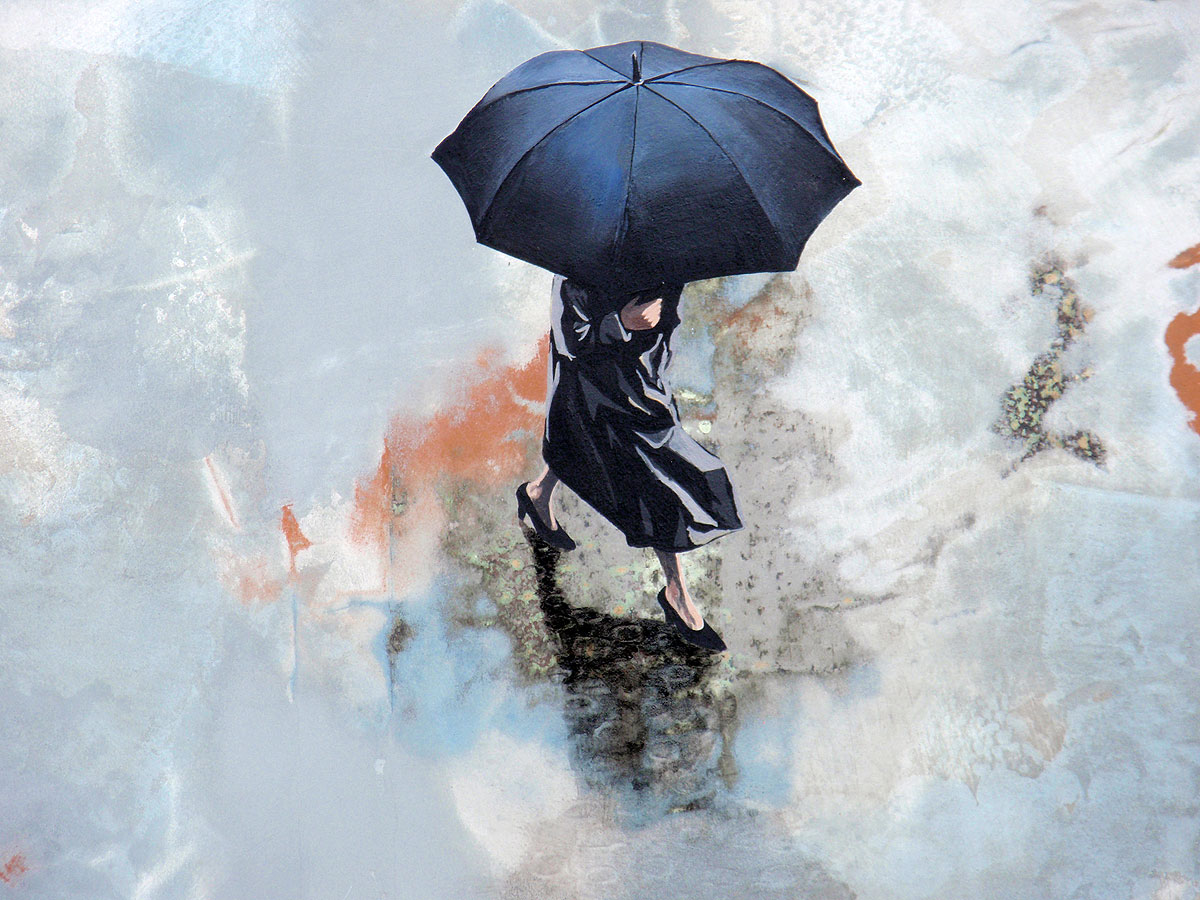 At a good moment in his career, Apolo participated in important group exhibitions and partnerships over the last couple of years, leading him recently to a gig making the art for songwriter Rodrigo Ramos’ debut record. 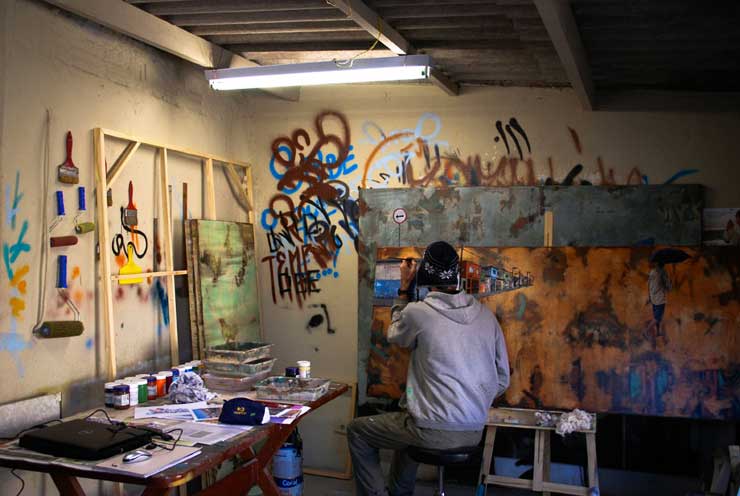 The contemporary works for this show show sensitive approach to the life in big cities; in a questioning, poetic way that focus on environmental and political problems such as the recent floods in Sao Paulo and Rio de Janeiro. 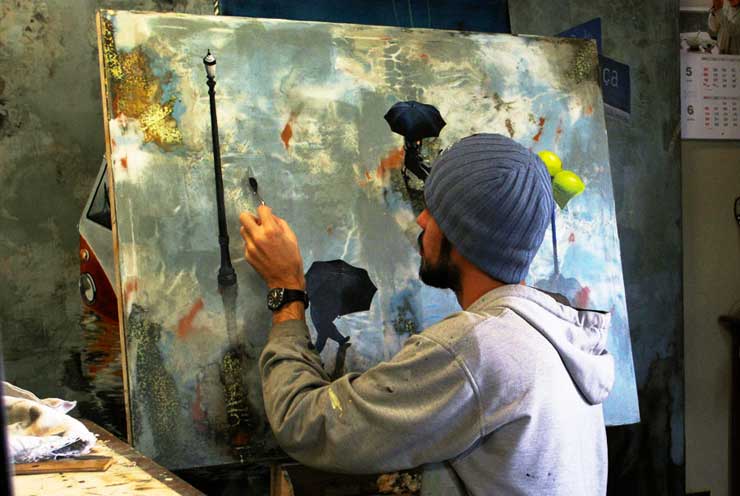 Behind the aesthetics is a criticism of poor urban planning and overpopulation along with a tribute to the people who get on with their lives and their routine in spite of these problems. 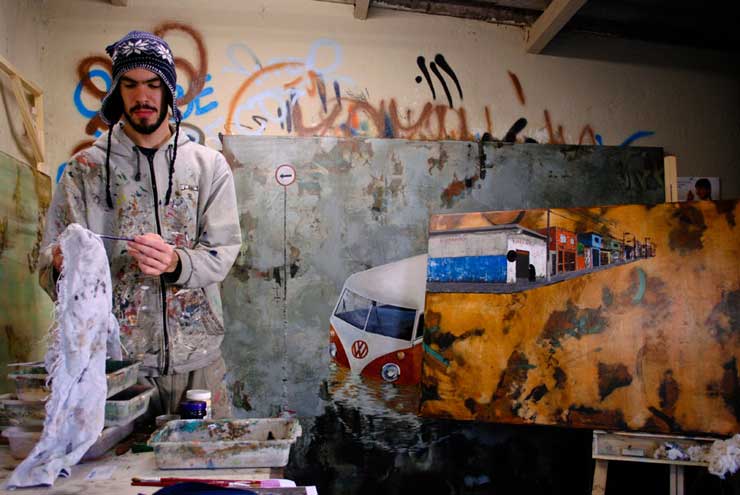