We start off with MCity visiting Queens and hanging with Allison and Garrison from Ad Hoc, who helped him get some walls while he is here in New York. Then we get some Miami shots from Geoff Hargadon, and back to Brooklyn with photographer Jaime Rojo. 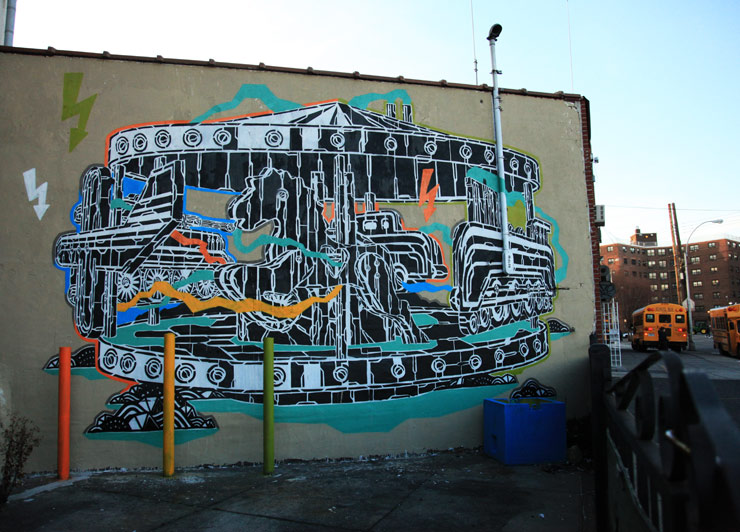 MCity, the Polish Street Artist paid a flash visit to NYC this week and proceeded to paint as soon as he set foot in our city. This carrousel was painted in Welling Court, Queens aided by Alison Buxton of Ad Hoc Art. (photo © Jaime Rojo) 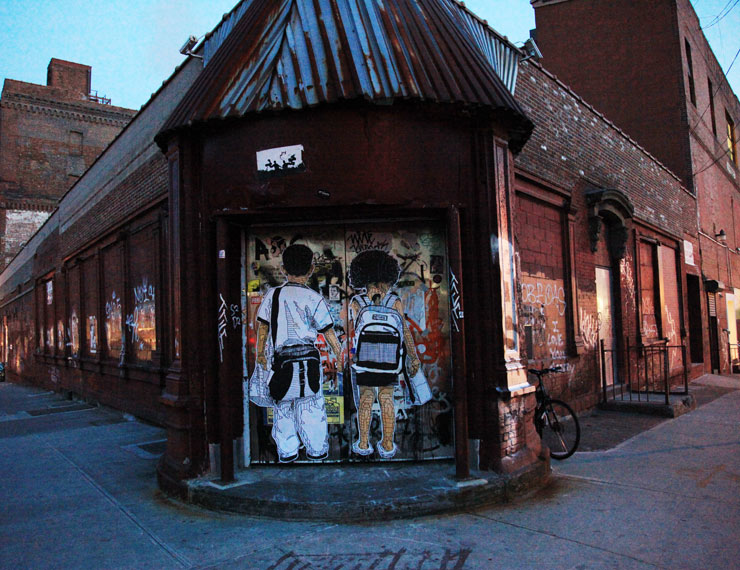 Nether has some similarities to NohJColey in this wheat Paste. (photo © Jaime Rojo) 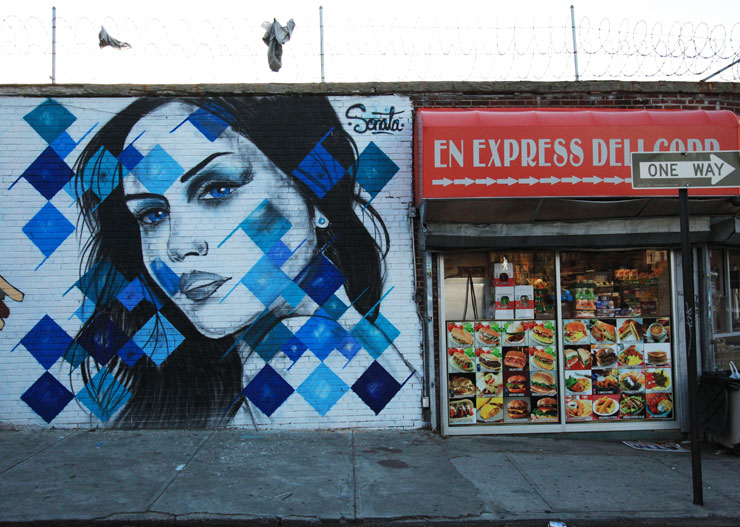 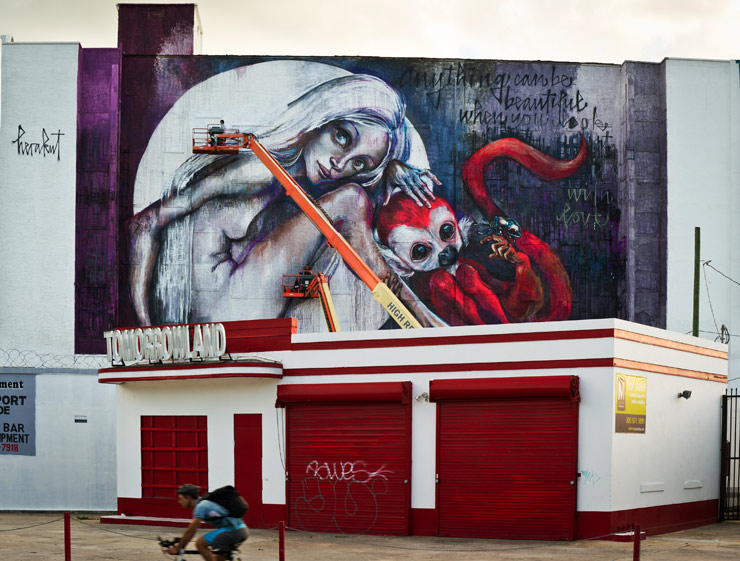 A different angle from our previous Miami update of Herakut in action. Miami 2012 (photo © Geoff Hargadon) 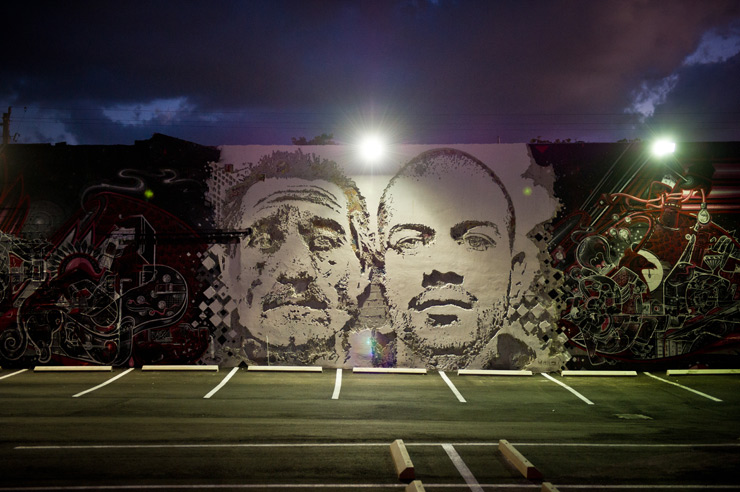 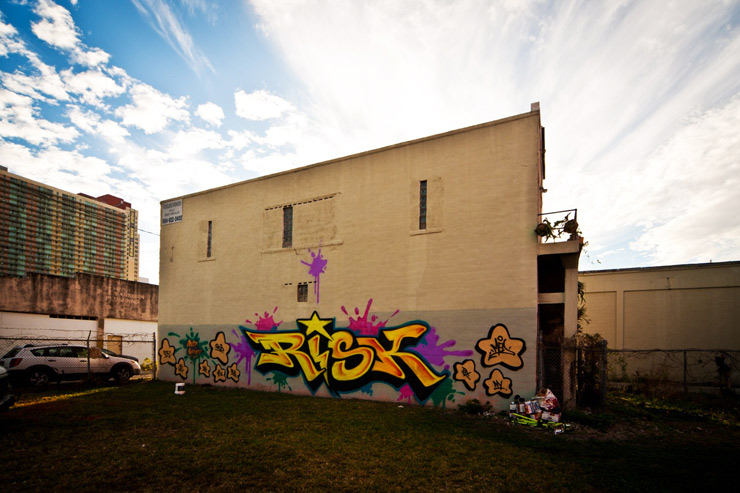 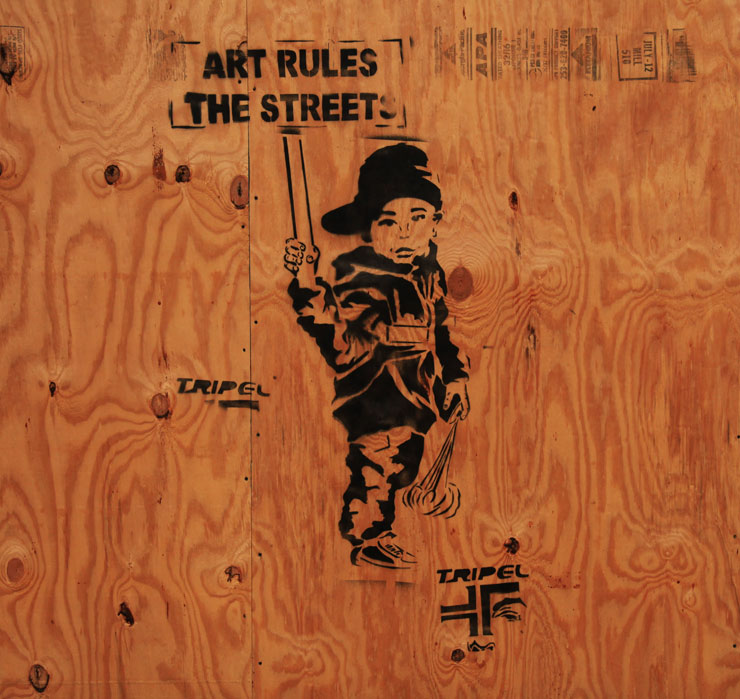 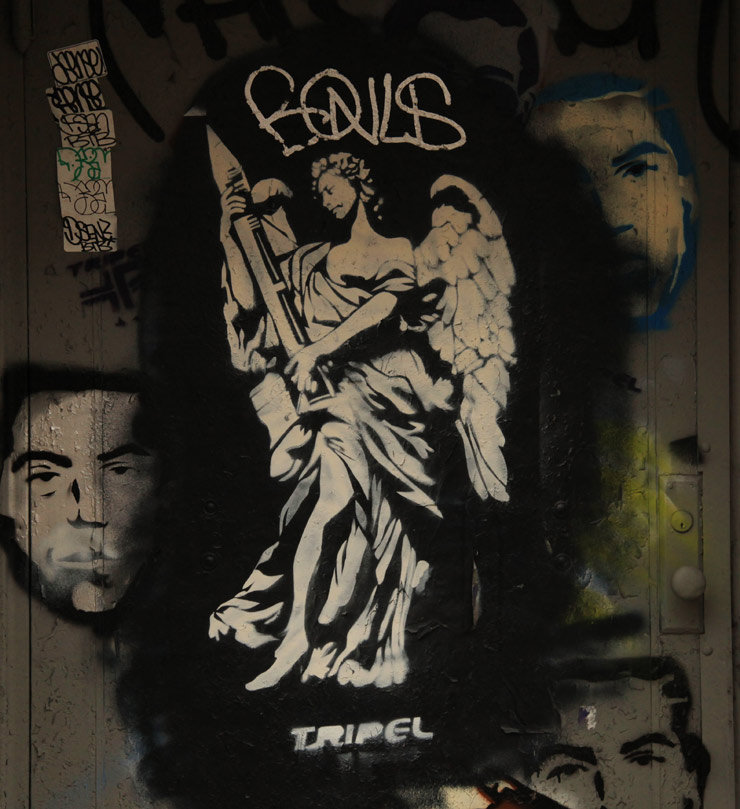 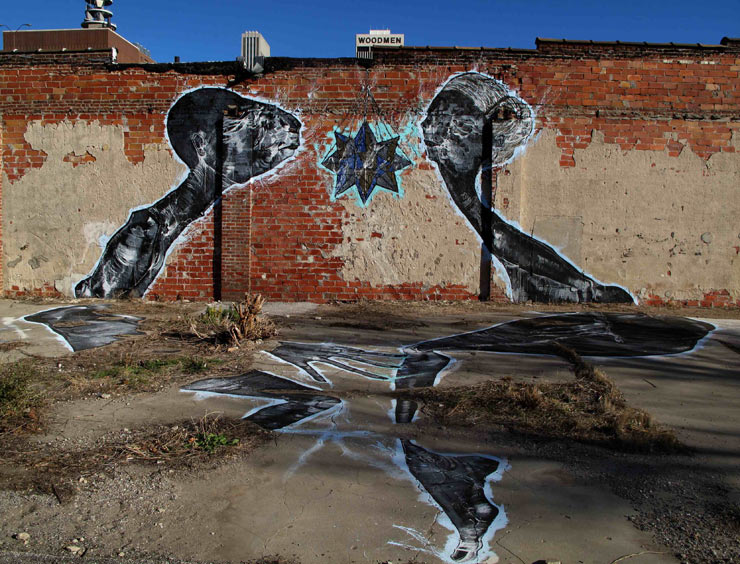 Faring Purth “We’re All in this Together”. Omaha, Nebraska. December, 2012 (photo © Faring Purth) 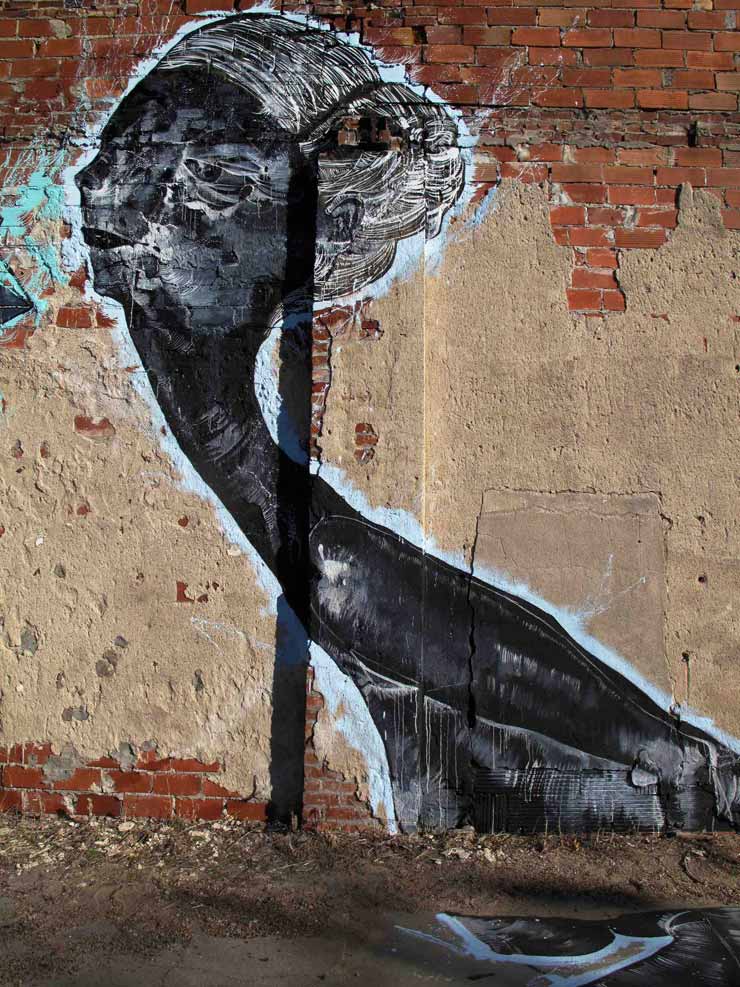 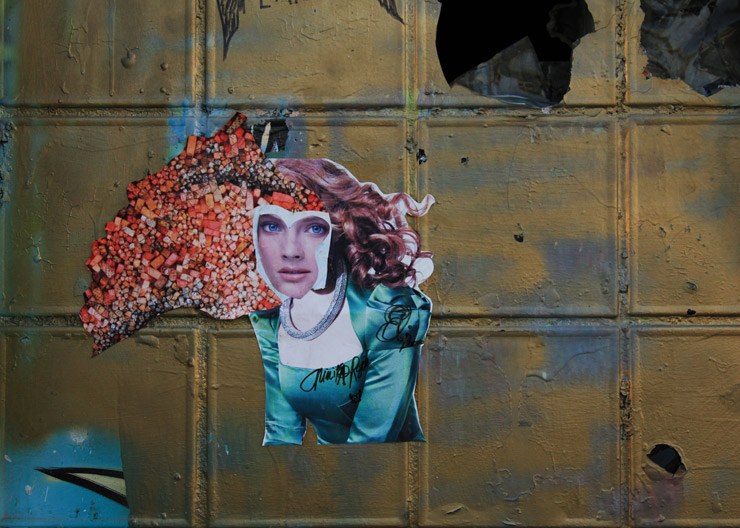 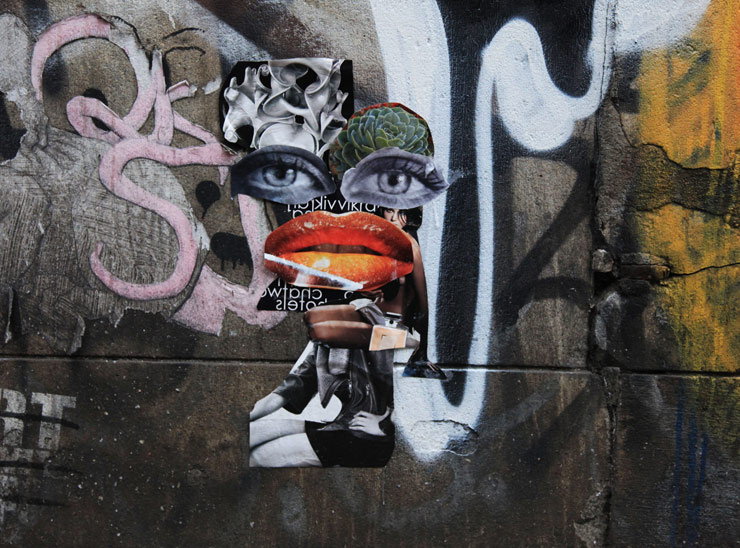 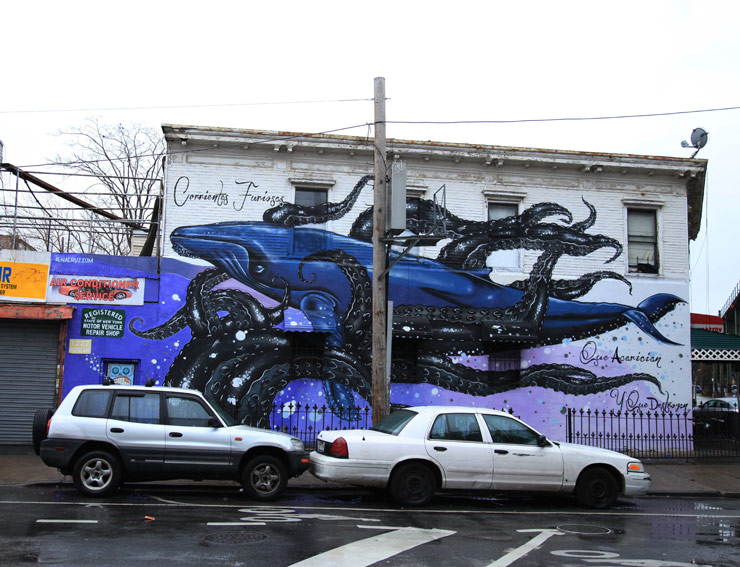 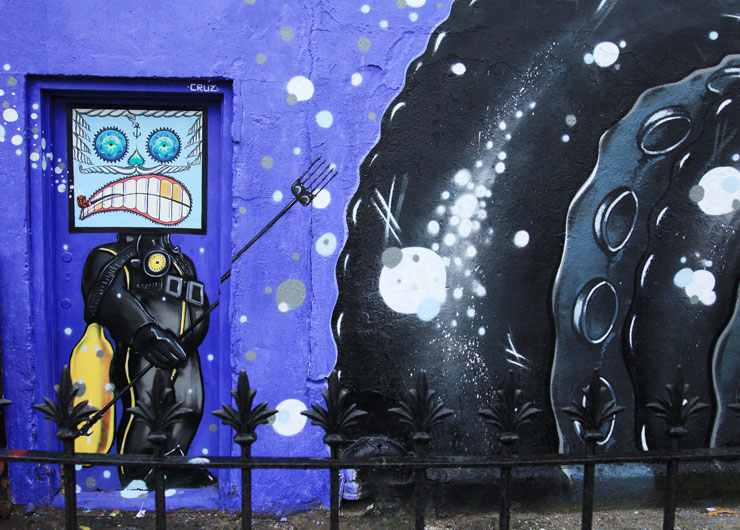 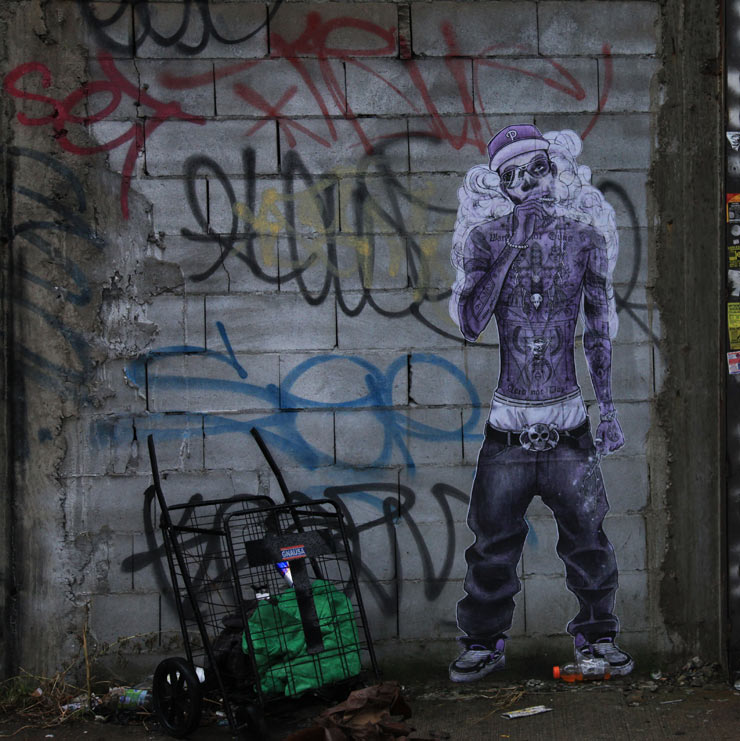 Doug Nox aka the Harlequinade is looking straight up thuggish. (photo © Jaime Rojo) 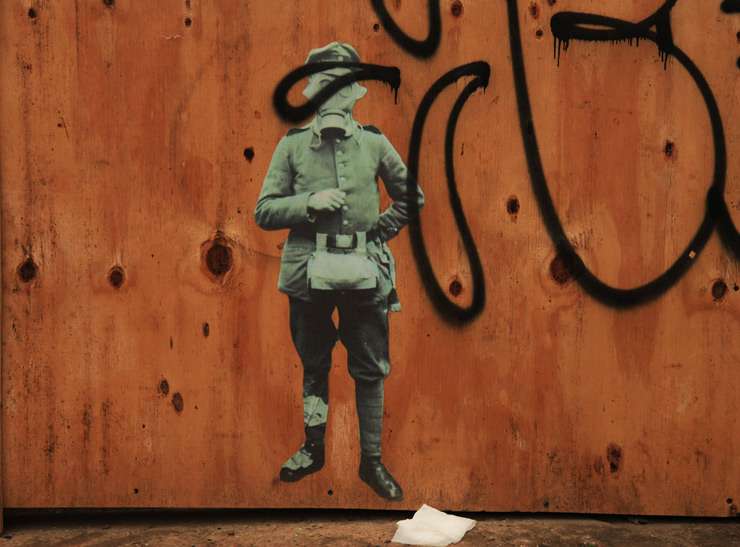 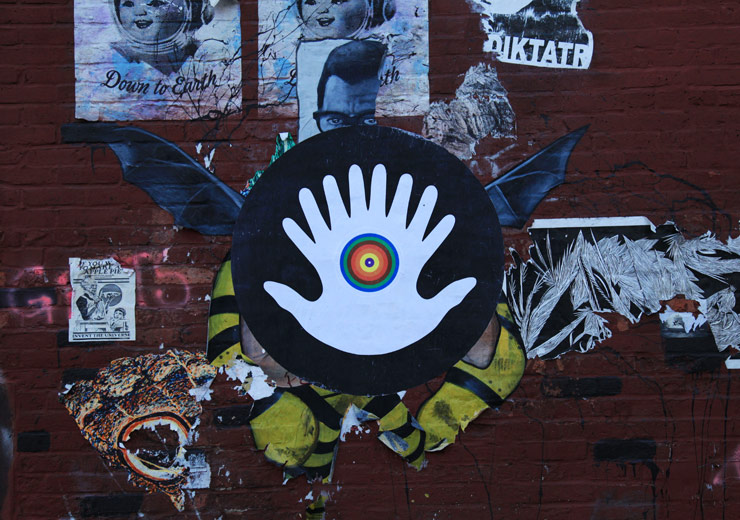 Looks like someone got inspired by all those hand turkeys over Thanksgiving. Artist Unknown (photo © Jaime Rojo) 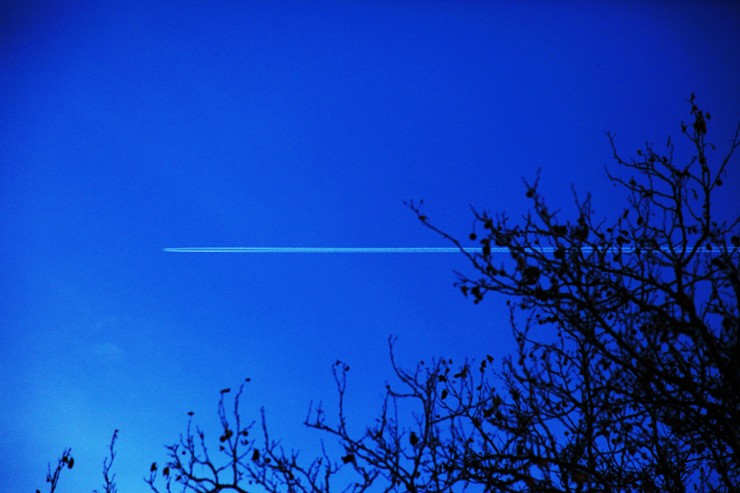