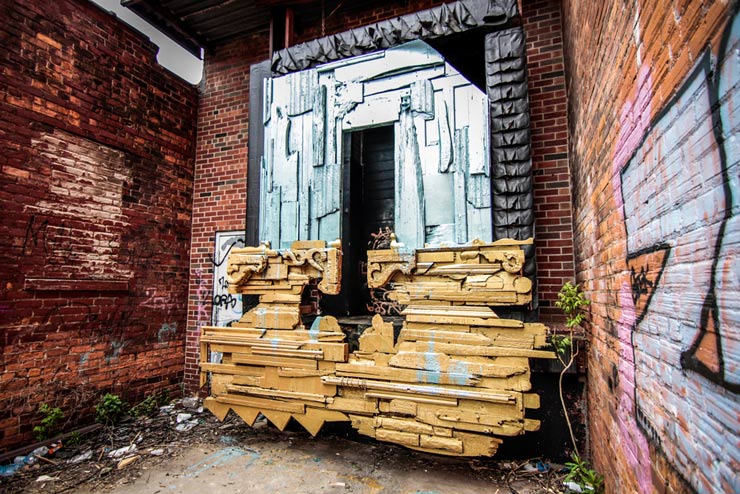 Detroit is crumbling, ya heard?  Bask and his assistant Nikolas Kekllas decided to make something rather ornate among all the wreckage. Here he builds a big D entirely constructed out of debris salvaged from Detroit factories and general abandonment.

Also, you’ll get to see a giant slab of wall falling, which means that this stuff can be pretty dangerous. 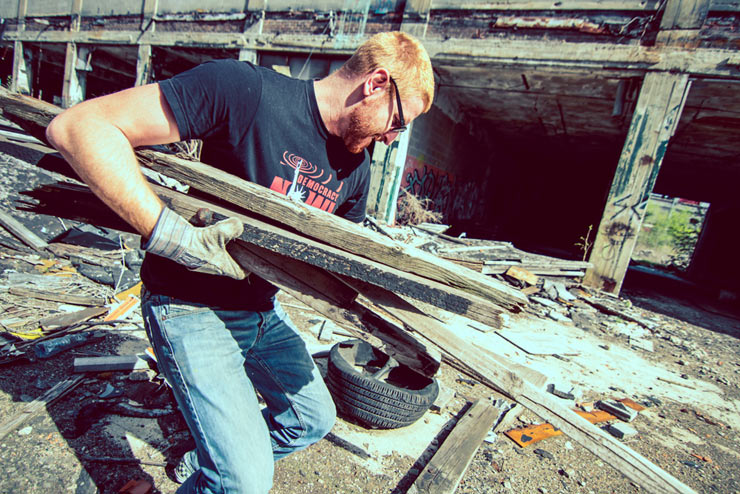 BASK rounds up the debris. Finding diamonds in the back yard in Detroit. (photo here and top of post © Salvador Rodriguez)

From his trip to Brazil last month, this video is a very good way to learn about the nature of work that Alexandre Farto AKA the Street Artist Vhils does when removing fragments of the wall and revealing a portrait.

The film is by João Retorta

Sheryo and The Yok: Pipe Dreams

Re-upping their spot at 5Pointz in Queens, Sheryo and The Yok bang out some new stuff.

In September 2012  Sheryo and The Yok travelled to Vietnam to make a series of porcelain vases. They hand painted each vase in the ancient factories that have been making these vases for centuries with their tattoo influenced, cartoon styles. Currently the vases are on display at Krause Gallery.