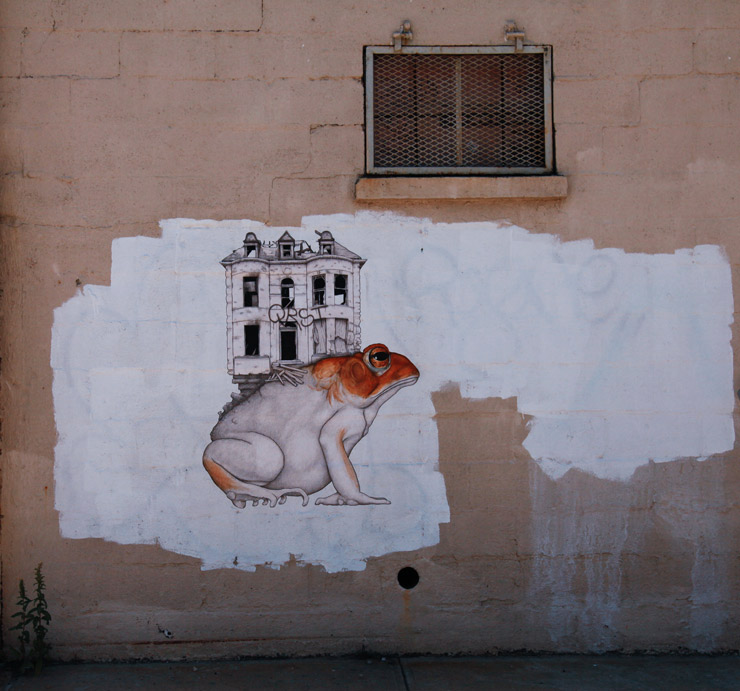 Such a pleasure and honor to give a tour to Brooklyn Museum members yesterday – mainly because of the mixture of people who traipsed through Brooklyn streets with us: older, younger, academic, street smart, curiosity seeking, students, teachers. The questions and observations helped push our perspectives wider.

Good to be schooled by someone who knew a lot about REVS & Cost, and to learn that LMNOP may have chosen her name with QRST’s in mind. Who knew? It was also great to describe the linotype process as it pertains to Swoons’ practice – and only a block later to discover an original carved plywood version of a linotype drilled to a wall by TipToe!

It was especially refreshing was talking with the woman who had not heard of Banksy or Faile or JR but thought she had heard of Swoon – and to see her write these names in a small book for further research.  Sometimes we think all this Street Art stuff is such a big deal, then that “perspective” thing kicks in. 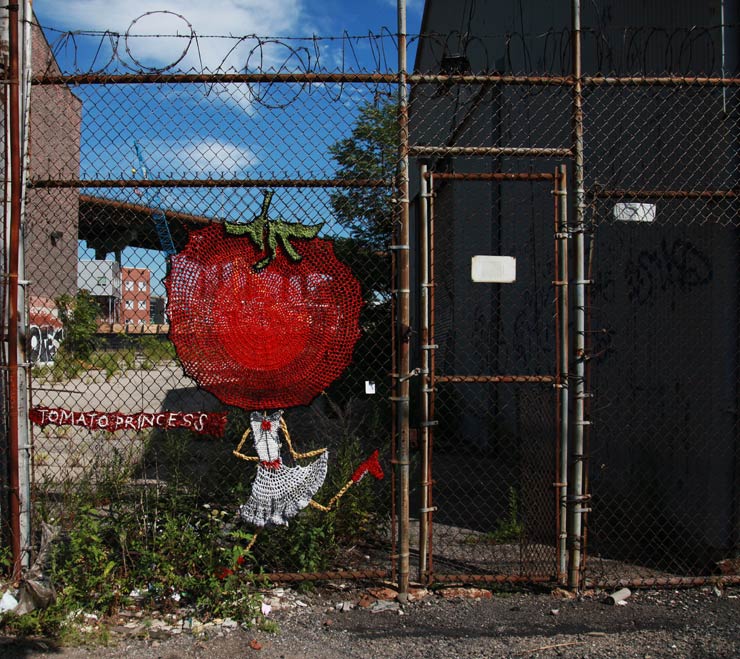 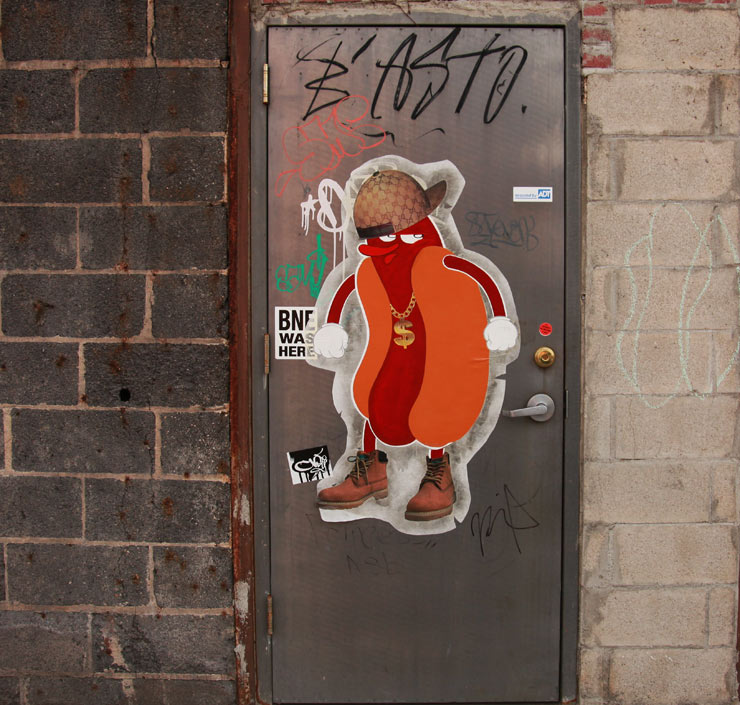 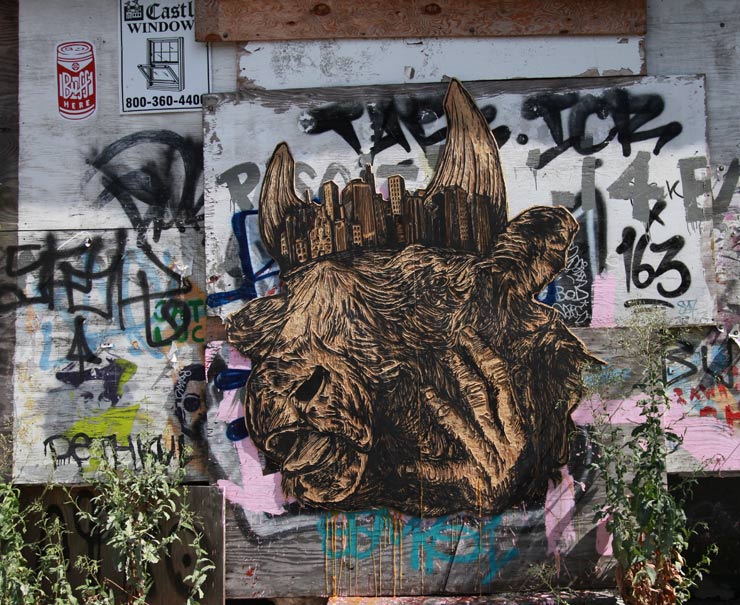 Tip Toe didn’t just put a printed poster up. He put the actual printing device with which you make the posters. This could indicate that he wants you to bring your own paper and ink! (photo © Jaime Rojo) 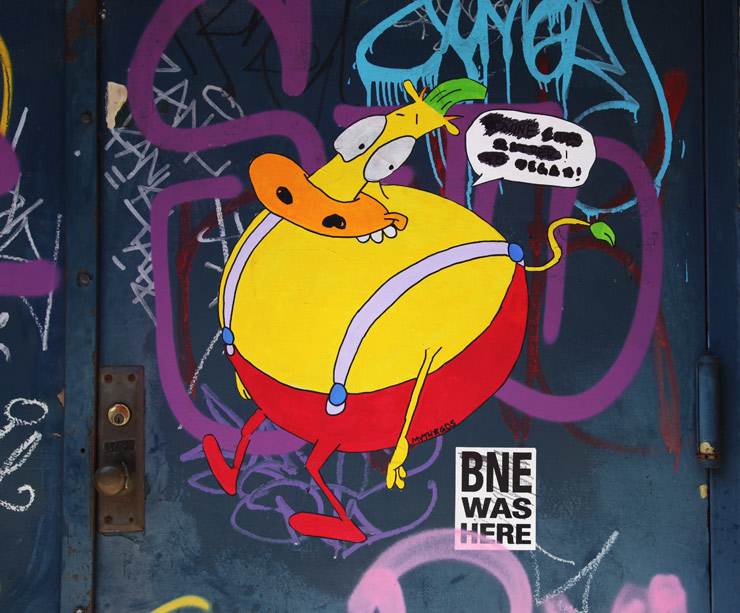 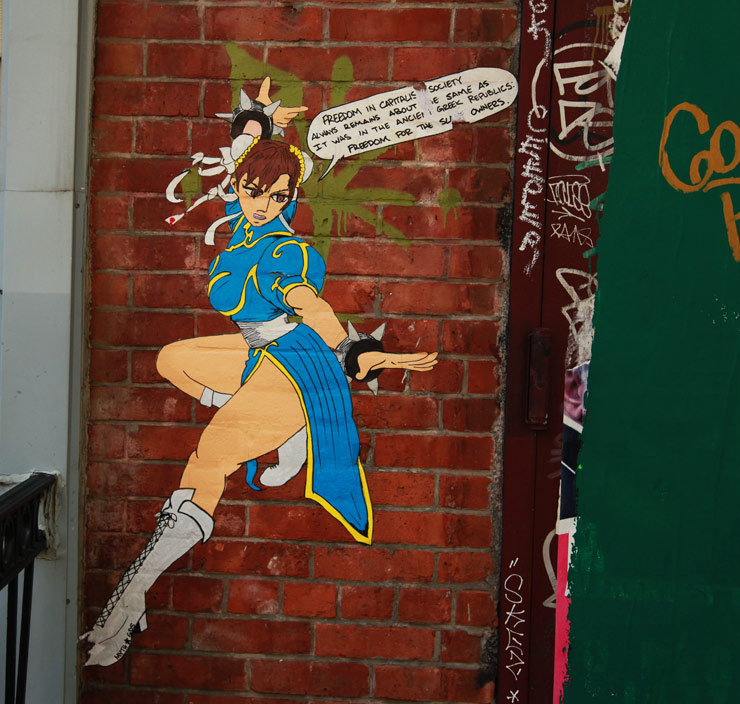 Myth quotes Lenin here: “Freedom in capitalist society always remains about the same as it was in ancient Greek republics: Freedom for slave owners.”(photo © Jaime Rojo) 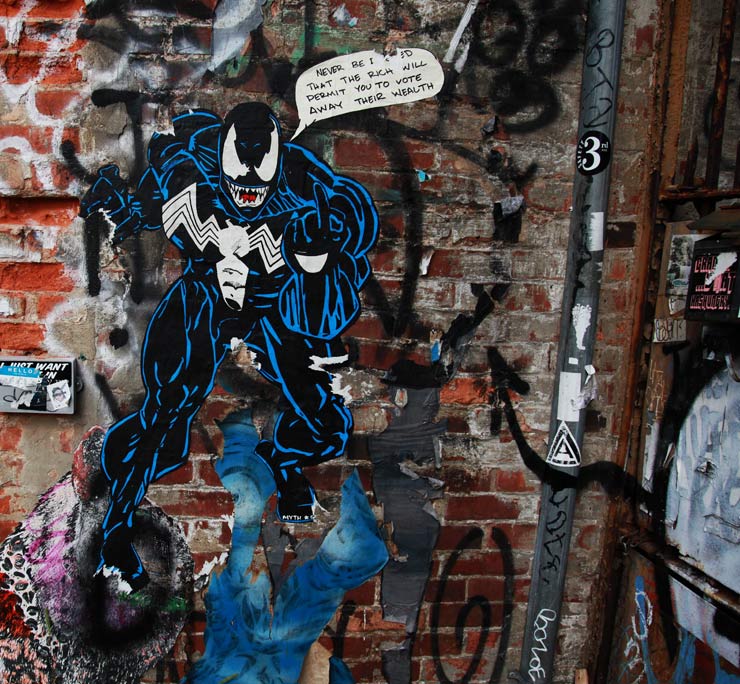 Myth has the Venom character quoting the feminist Lucy Parsons, “Never be deceived that the rich will allow you to vote away their wealth.” (photo © Jaime Rojo) 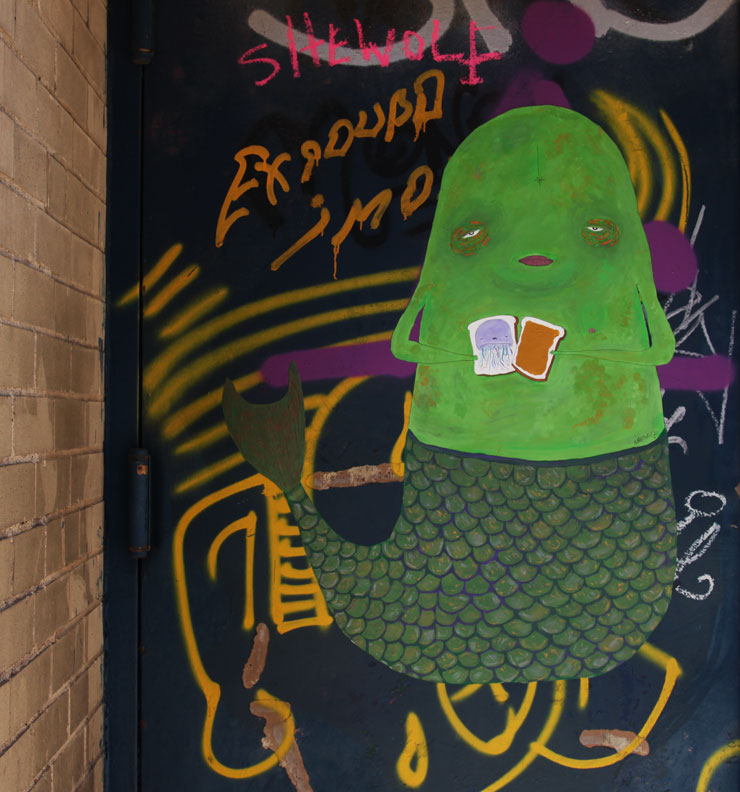 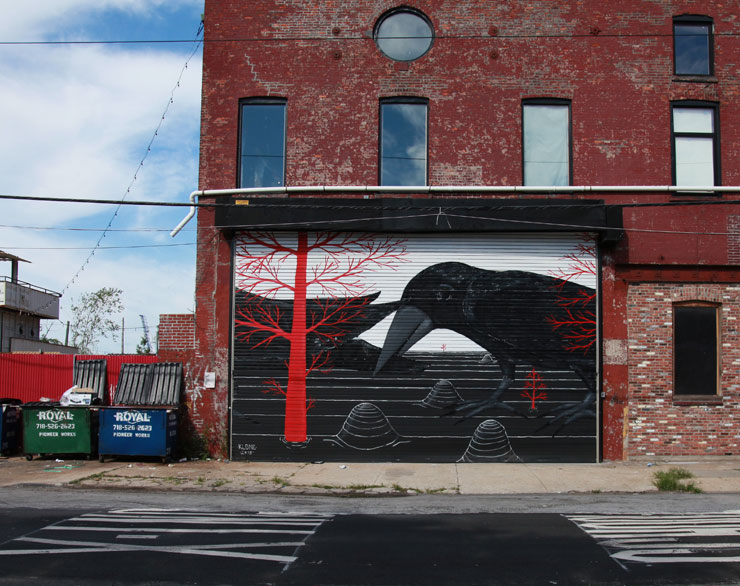 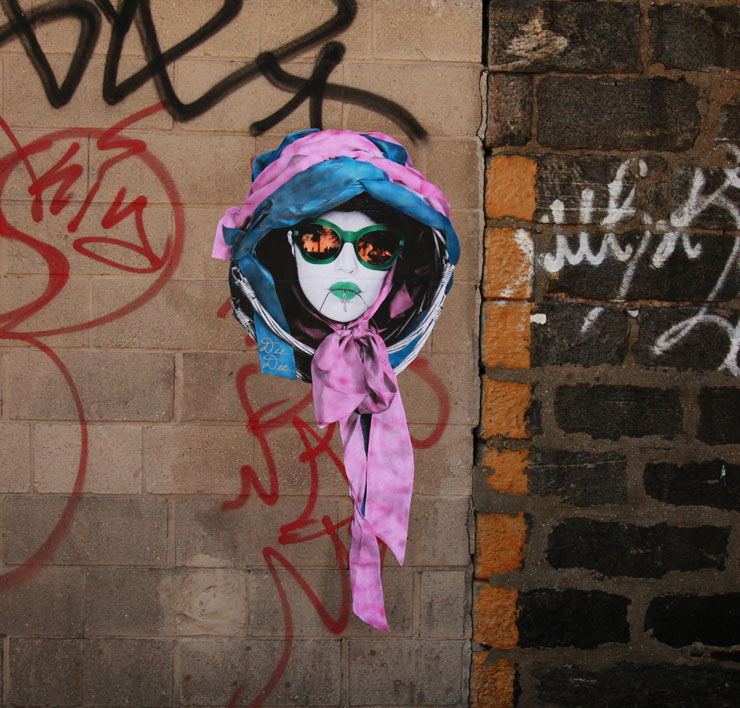 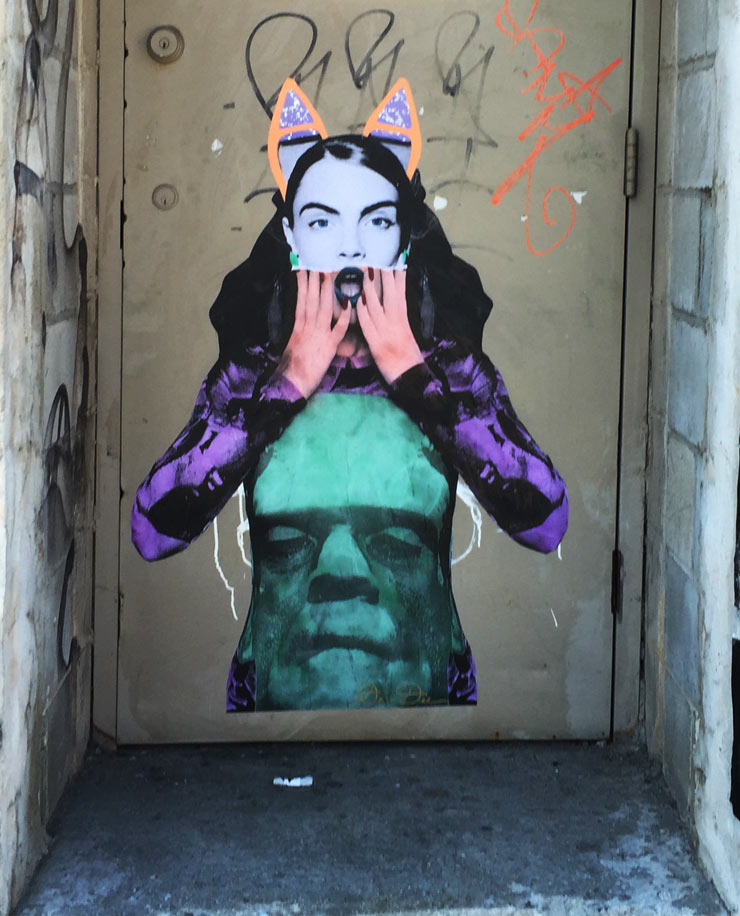 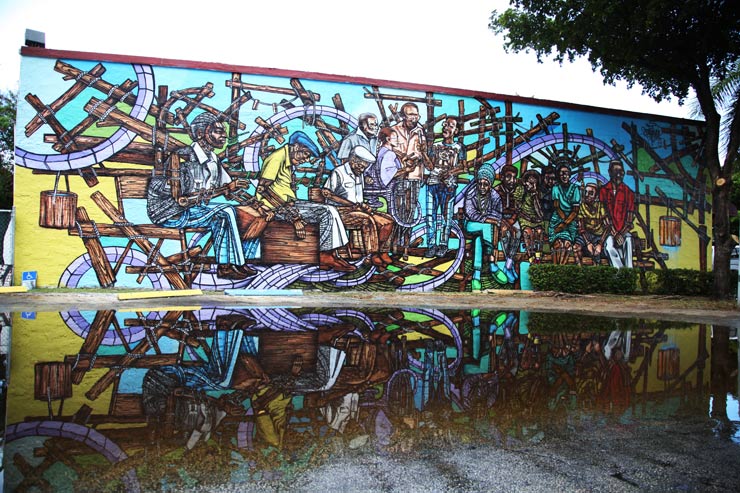 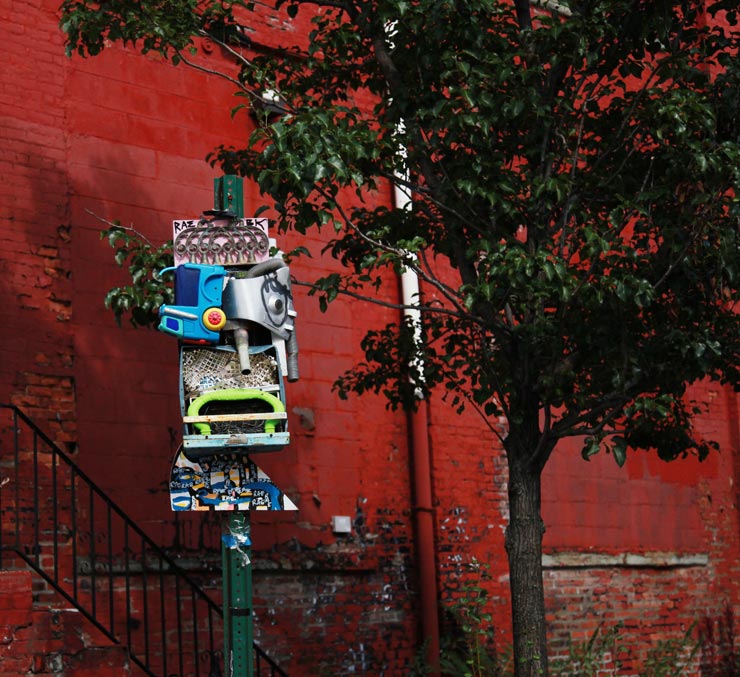 Rae is back on the street sculpture tip, a little bit pop this time (photo © Jaime Rojo) 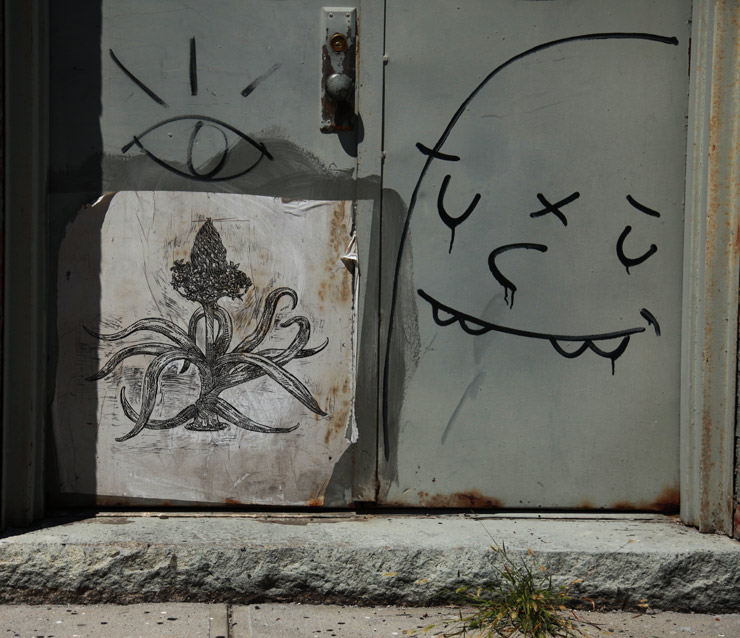 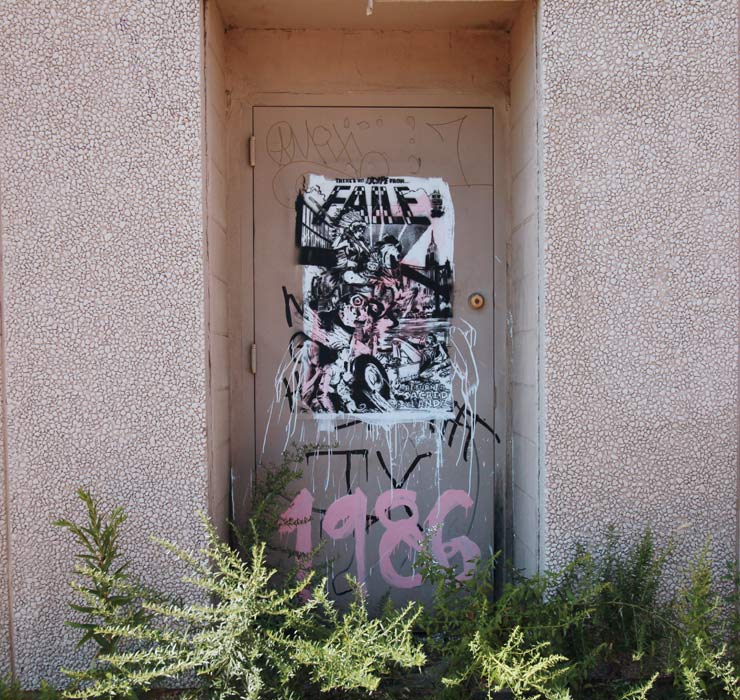 Faile does a piece from their series about native peoples coming to reclaim lands. (photo © Jaime Rojo) 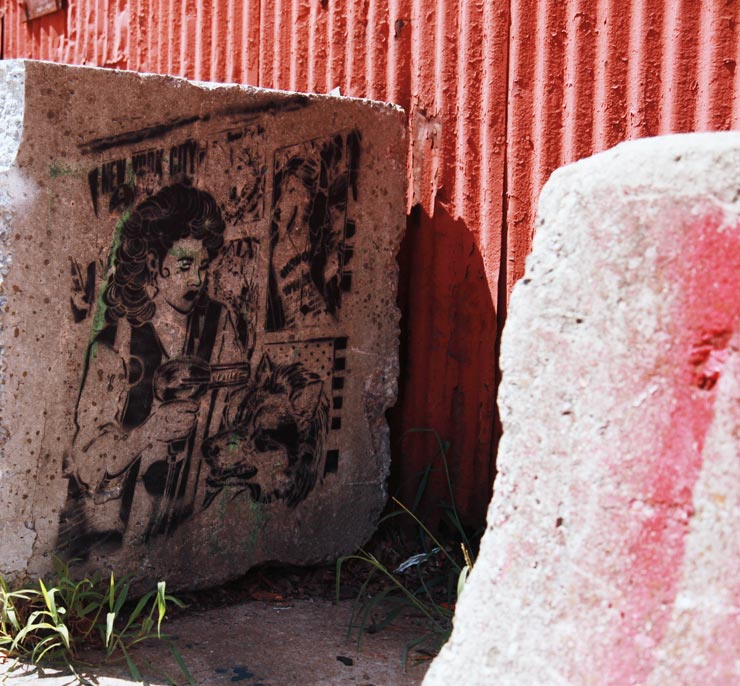 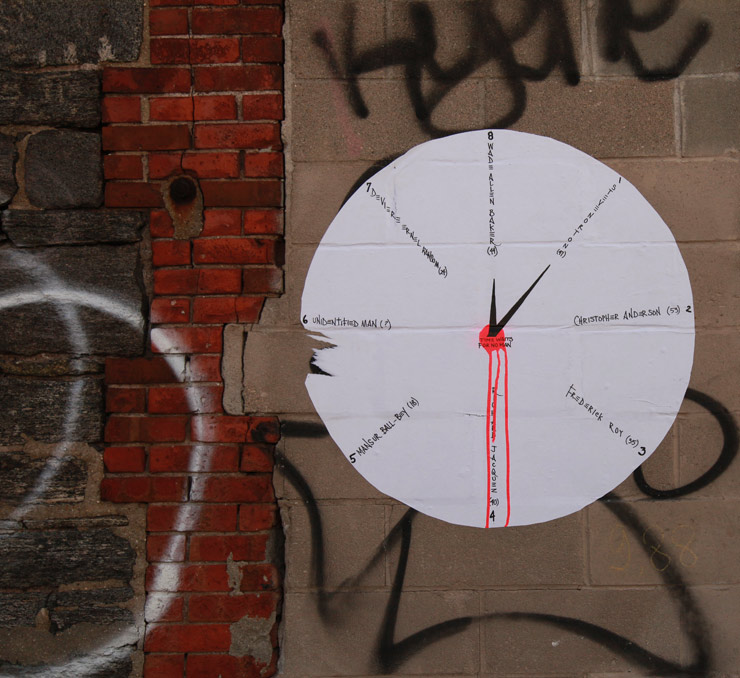 Gilf! going for a conceptual timepiece that recalls names of Americans shot by police, with reference to how often it occurs. This is one of two recent time pieces.  The other contains high profile nationally known names that have sparked protests – this one has names that are more recent but we didn’t recognize them or understand their significance till we started Googling. (photo © Jaime Rojo)

LMNOPI depicts Indira, a child who works in a marble quarry with her parents near Katmandu. The same image was also featured in her Welling Court mural this year. (photo © Jaime Rojo) 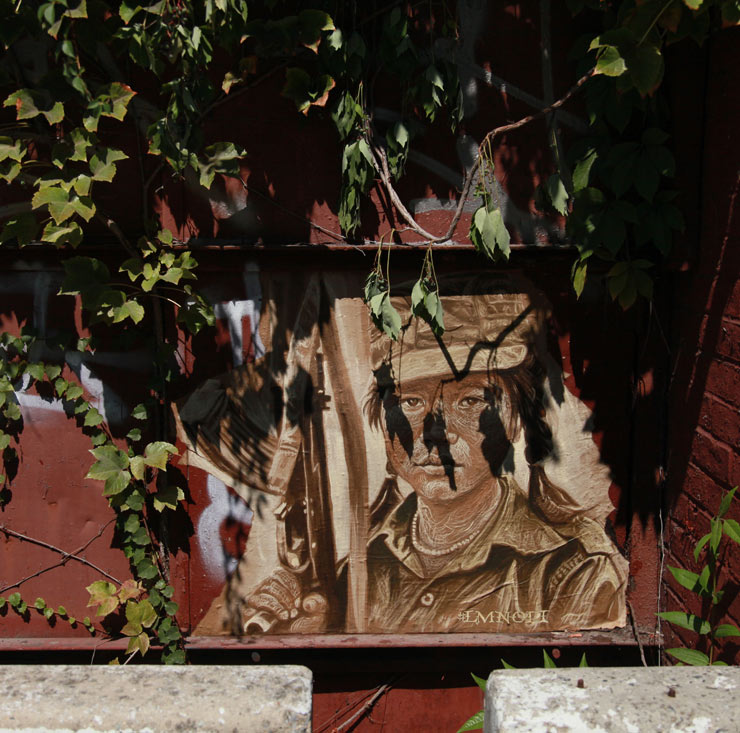 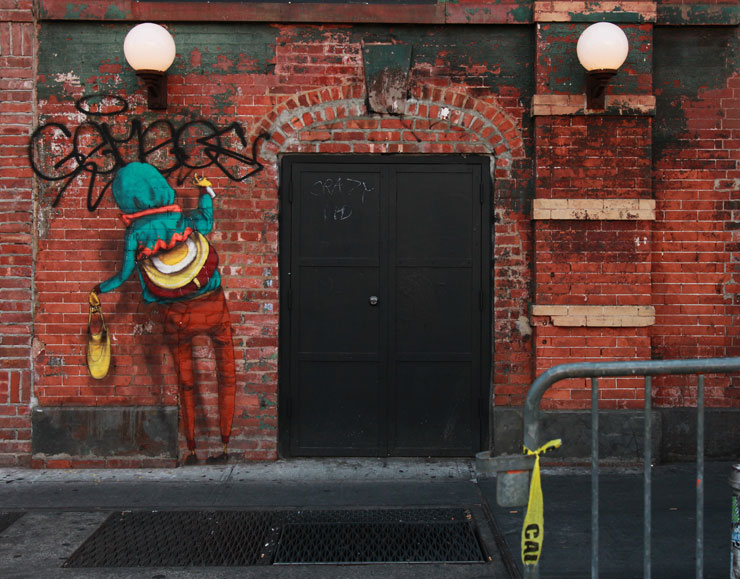 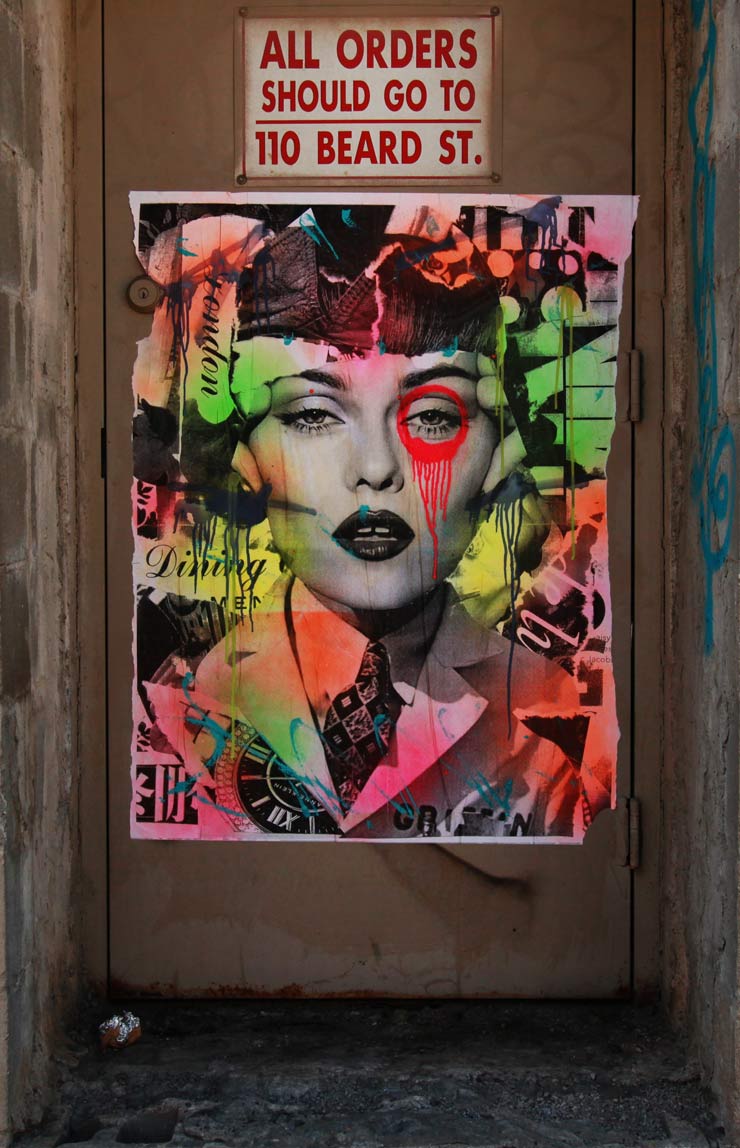 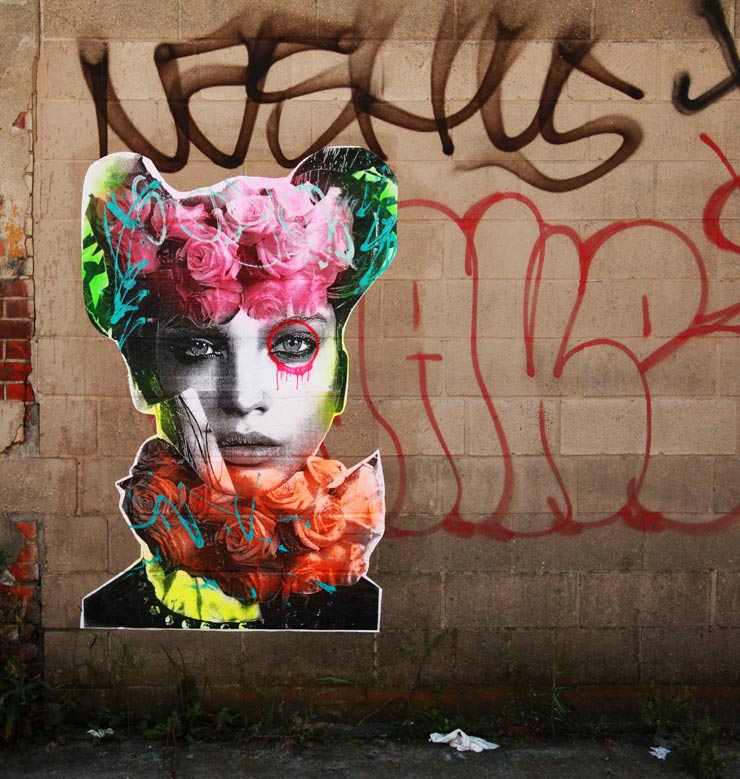 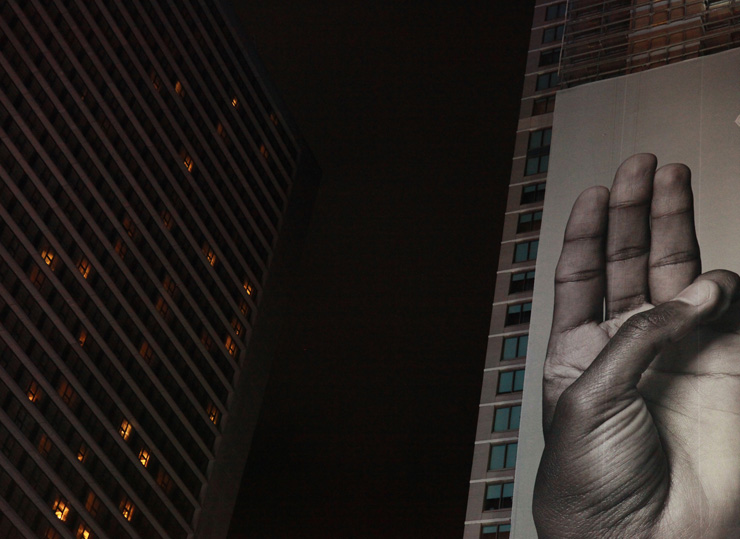