Today in the US we are electing a President. Exercise your right to VOTE.  Otherwise we don’t want to hear one single complaint out of you, okay?

We endorse President Barack Obama for a second term. Here’s why:

In four years Obama has proved to have the character and integrity to lead us out of financial ruin and build some good things for our future. They drove the car into the ditch and drunkenly tossed Brother Barry the keys – what he inherited was a country on the verge of financial collapse with a growing bad reputation in the neighborhood. With steady hands and determination he managed, without much help from the Republicans in Congress, to slowly rebuild our nation and make it stronger. Sure he didn’t do everything he promised he would. But he accomplished a lot, despite unrelenting attacks on him every time he drew a breath. 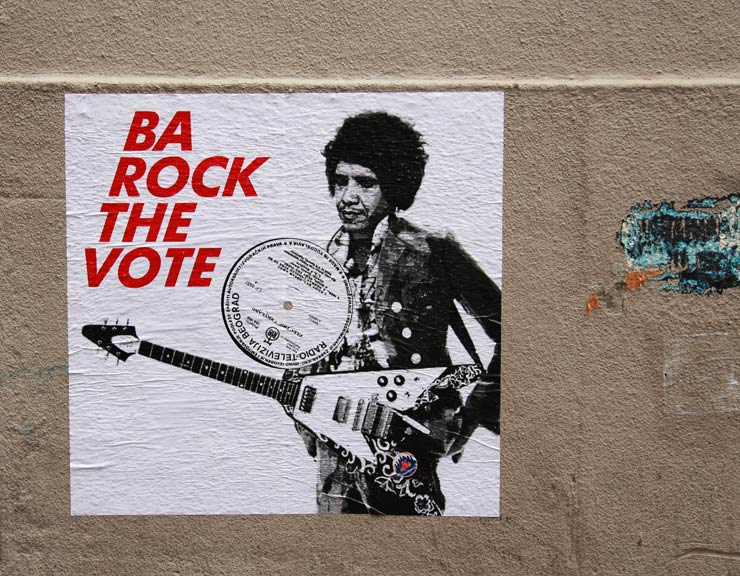 Let’s call it like it is – racist hatred came out in full force over the last four years like sewage from an overflowing septic tank. We’re getting better at this racism thing, but we still suck at it. And Obama faced it with honor and grace. People reversed their own positions completely – just so they could fight him, box him out, sandbag him, or try to put him in his place. Some of these people would have mowed down their own grandma with an SUV if Obama was helping her across the street. Regardless of who captures this race for the next four years, Obama has made us proud with his style of steadily fighting for what he believed was good for the country – without trashing other people in the process. That’s a style of American we can support. 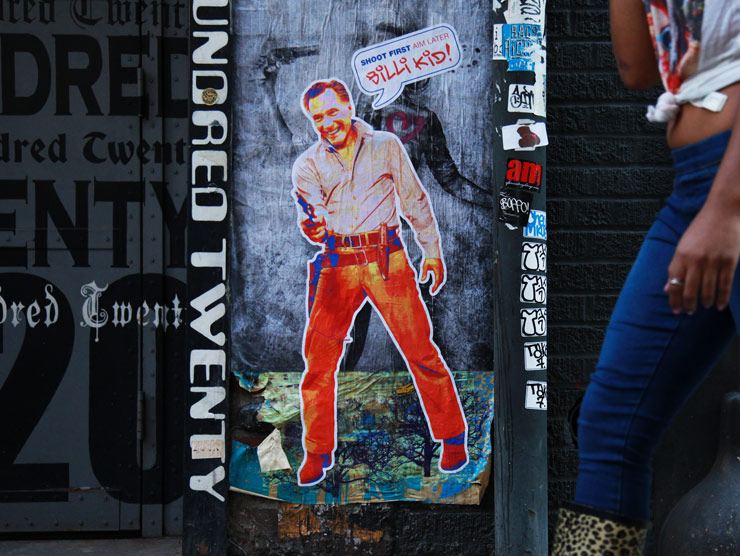 There are a lot of people who will be affected by your vote for Obama/Biden:

Artists: If you are an artist and care for the arts in this country or if you have an artist friend or relative, Obama is your man. Romney promises to gut the National Endowment for the Arts, National Public Radio, the Public Broadcasting System, and to put Big Bird on the Thanksgiving dinner table.

Teachers: If you are a teacher and care for our schools and our kids education or if you have a teacher friend or a relative, Obama’s got your back. He has also been on the side of most working people in general, and supports union people and families, fire fighters, car workers, the whole enchilada.

GLBT folks: Dude was a little slow at first, but eventually O and Biden have proven to be torch bearers in one of the most important civil rights issue of our time. If you are not gay but you have friends or relatives who are, voting for Obama will help make sure that LGBT aren’t stripped of their rights again. It’s rough to go back in the closet once you are out, and you really should have the same rights as everybody else. 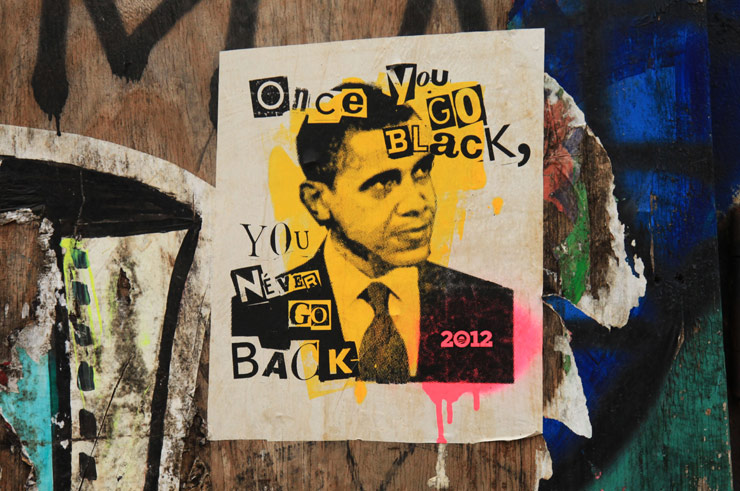 Social Service workers: Only Obama and the Democrats are committed to help funding our social safety net – This prevents people from falling into despair and poverty when they are old, sick, unemployed, hungry, disabled. It’s what we are supposed to do – take care of our people. Millions of families are poorer now than ever before and Money Bags Mitt and his friends will happily shred the safety net if they can make another buck. Social Services workers deal with individuals who have special needs and who need special care too – these are true heroes of our communities. If you have a family member or friend who is mentally ill or physically challenged, you know who are the people who work with them to treat them and care for them with dignity. Obama and Co. will work to make sure that they keep getting what they need to do God’s work, instead of figuring out ways to cut budgets for food, travel, medical treatment, rehabilitation.

Immigrants: If you know a friend or a relative who is a decent human being, a hard worker and a value to our society who cannot secure a safe position in the community due his or her legal status in this country you will help them to achieve their dreams by casting a vote for Obama. Scapegoating people who have consistently contributed great things to society is kind of sick. Keeping people afraid and economically insecure is so below us. 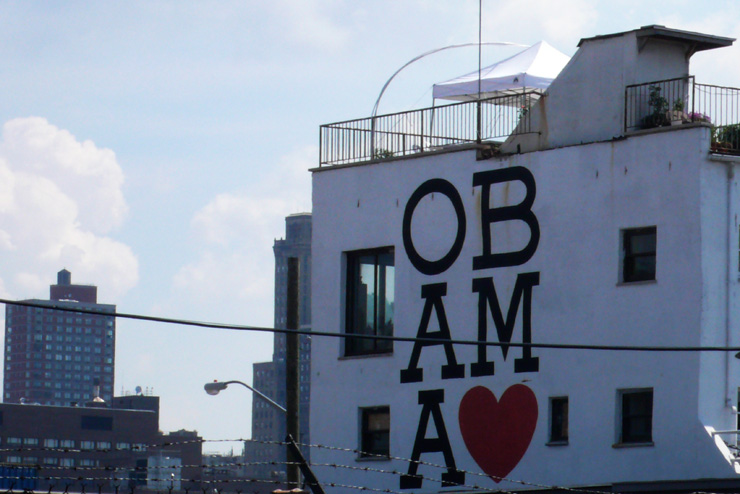 Women: Lilly Ledbetter Fair Pay Act was Obama’s first – giving women the right to sue after they realize they’ve been getting paid less than men. He also put two women on the Supreme Court by the way. Mitt and his buddies may have binders full of women but the ugly truth is they have been totally busy rolling back the clock on women’s rights to the 1950s, or 1850s.  If you are a woman or love one, support women’s right to live in the 2010s.

People who breathe air and drink water: Not that he’s been the best, and Obama’s still giving up too much to the oil / goal / gas lobbies – but Romney will just hand over everything, including public lands, and will decimate any pretense at protecting our land, water, and air.

People who get sick: About 30 million more people will be able to get healthcare now than 4 years ago. Obamacare isn’t going to be perfect because he gave into the insurance companies too much during negotiations, but it’s a Hell of a lot better now than four years ago – and we can build on this plan. Pre-existing medical condition? – You can’t get dropped like a hot potato anymore. You can also stay on your parents’ health insurance till your 25. That didn’t exist 4 years ago. Mitt wants to scrap the whole thing. 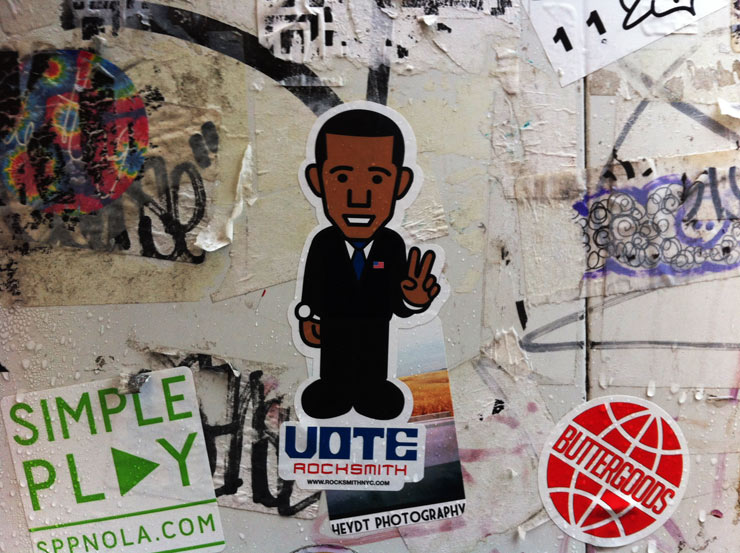 Old People and Future Old People: Just like the Bush-Cheney people before them, when it comes to Social Security and healthcare, Romney and Ryan want to slice and dice that shit, and play it on the horses. If we had let George put Social Security into investments in the stock market like he wanted to, your grandma would be starving right now. That would have crashed in ’09.  Social Security, Medicare, Medicaid – that’s yours baby. Social Security is the most successful program in human history that has helped prevent millions of old people from falling through the cracks . Don’t let them slice and dice it away. You are gonna need it later. No kidding.

The President and the First Lady have endured a lot since the day they moved into the White House and in a lot of ways they have made us proud and sometimes full of admiration. Keeping them there is an excellent way to tell the haters how bad their behavior has been – And that the first time we elected him wasn’t a fluke.

Okay we’ve said our piece. It’s not about Street Art, really, and we’re not strictly thought of as political analysts.  But you know, this blog is about you and people who follow this ongoing conversation that artists have on the street. Politics, sex, love, money, power, social issues; Somehow it’s all related. Most importantly you should probably just vote your conscience, and thanks for your time and support. 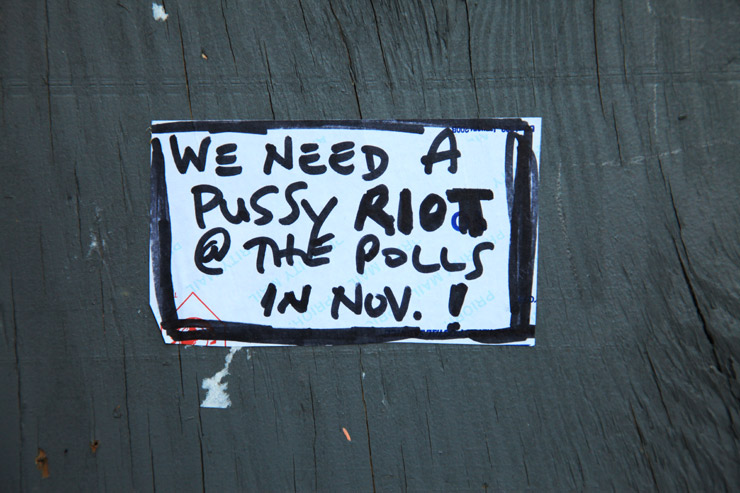 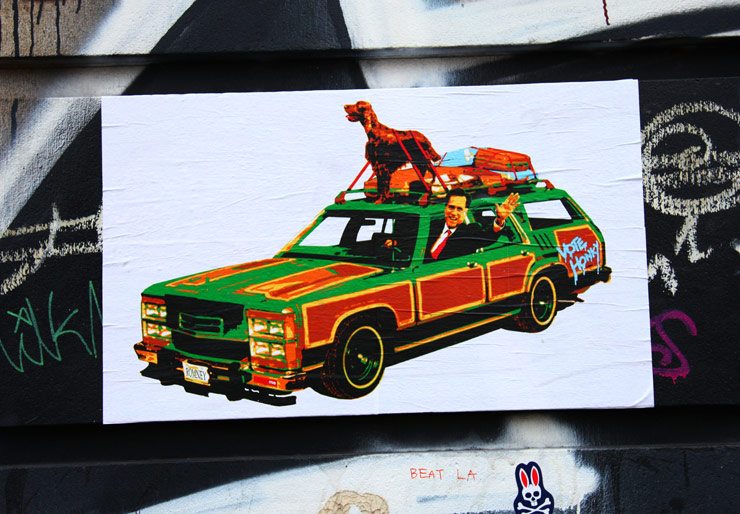 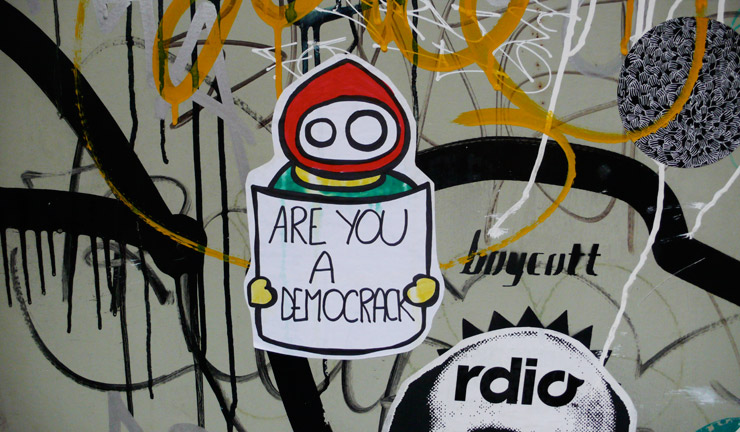 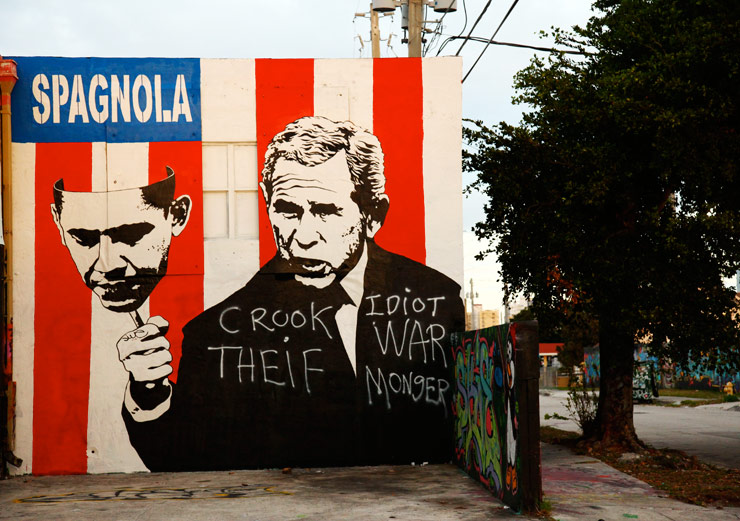 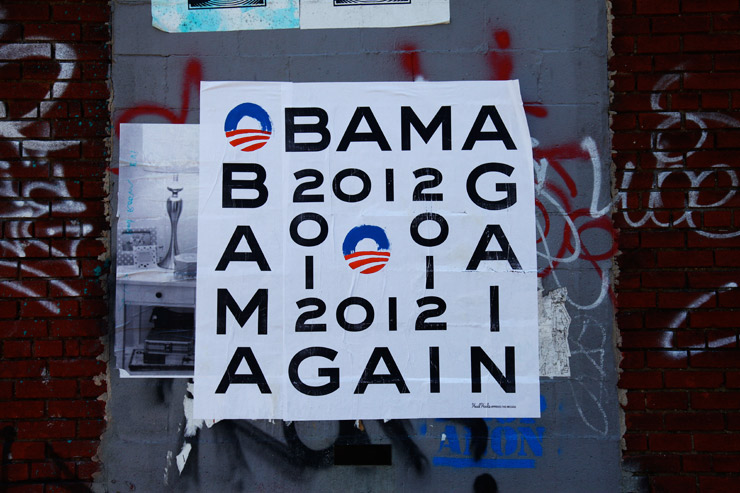 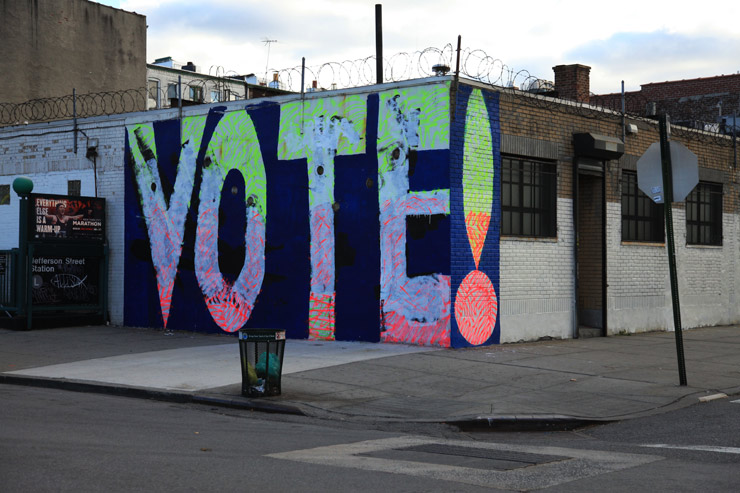 Maya Hayuk did this new one just this week. Next day it was marred by what some might call an attempt at Voter Suppression. (photo © Jaime Rojo)