During the recent Los Angeles Art Show 2011, four Street Artists regaled the residences at the Ritz Carlton with brand new pieces. Mear One, Chor Boogie, and Shark Toof each worked for 6 days in the highest residence on the West Coast in advance of the big opening party hosted by Shepard and Amanda Fairey. Curated by Bryson Strauss, the show features aerosol, traditional brush painting, and a pulpy wall of wheat-pasted pieces. 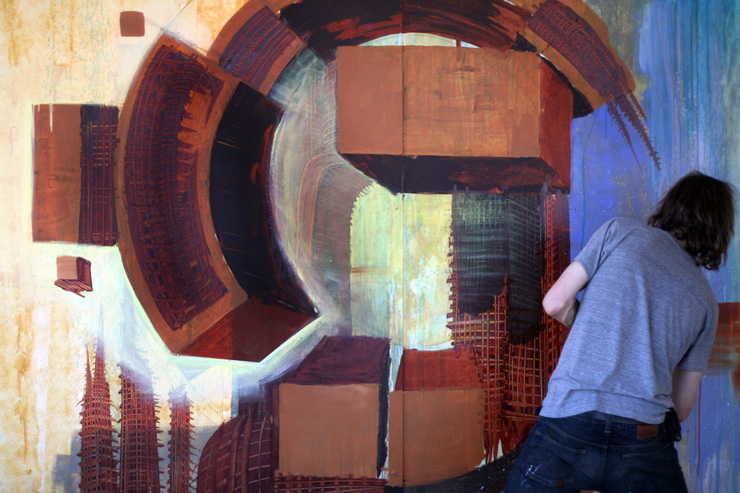 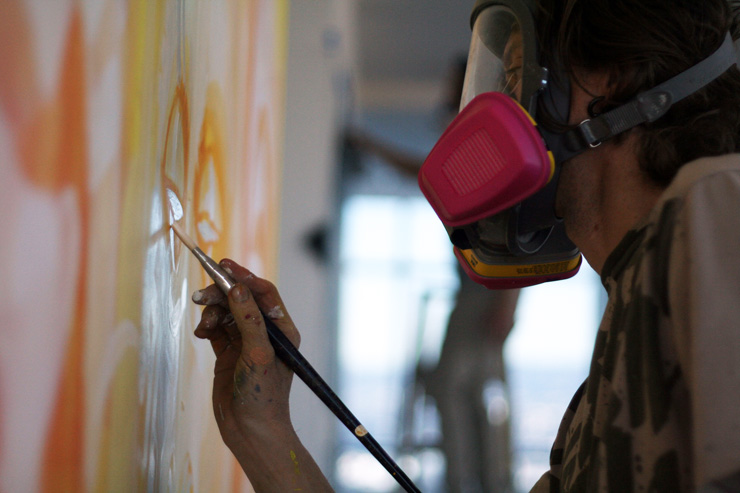 That’s fine. Mear One puts down the cans and picks up the paintbrush. (photo © Kohshin Finley) 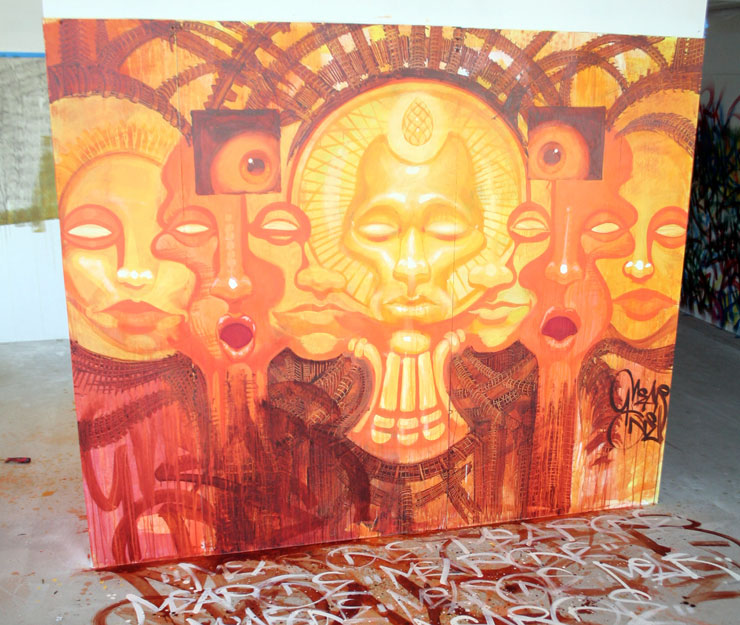 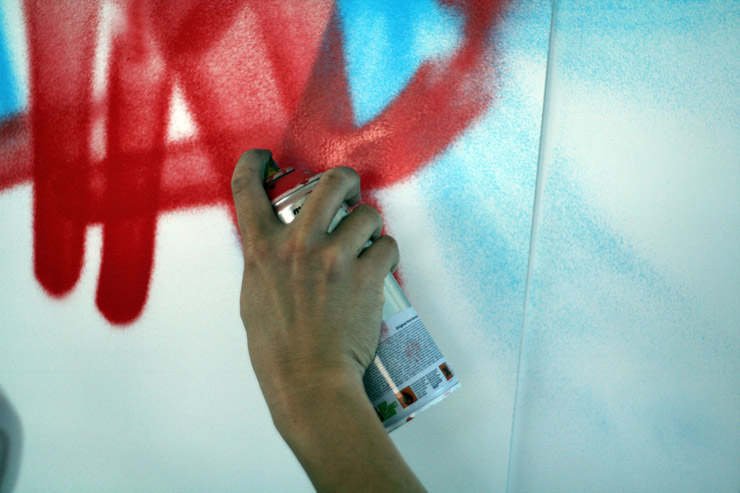 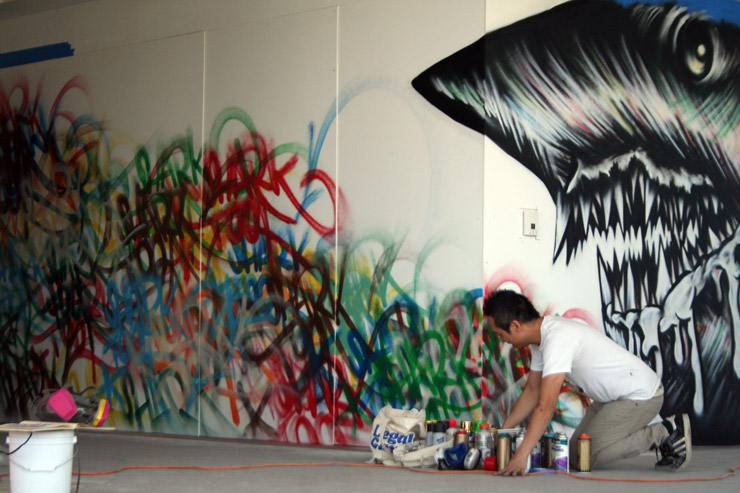 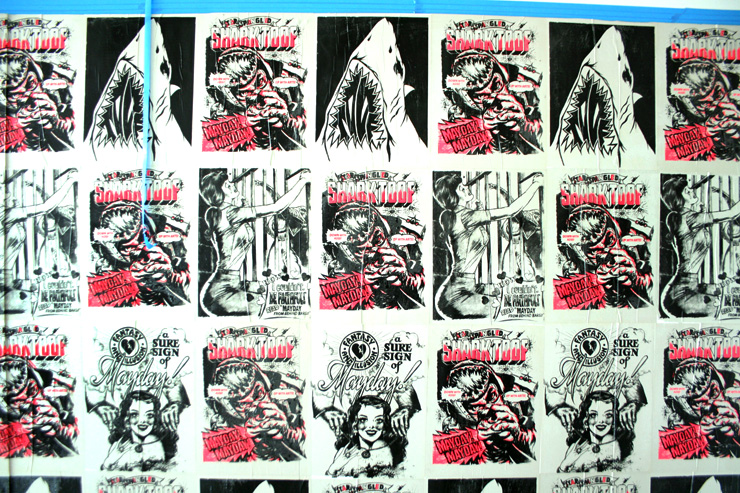 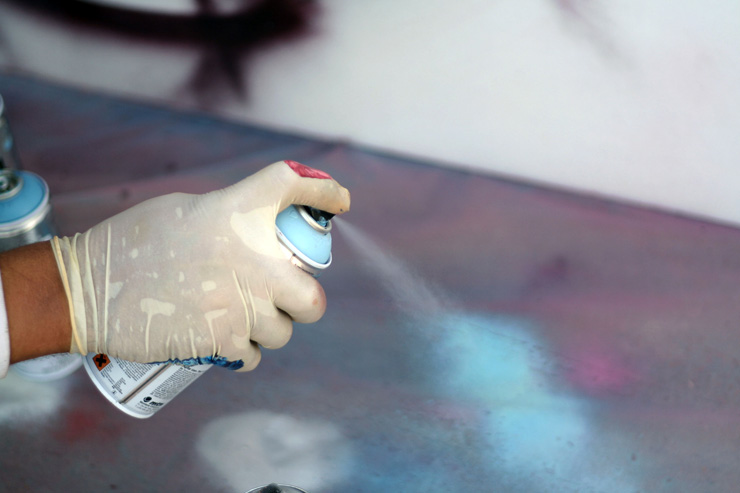 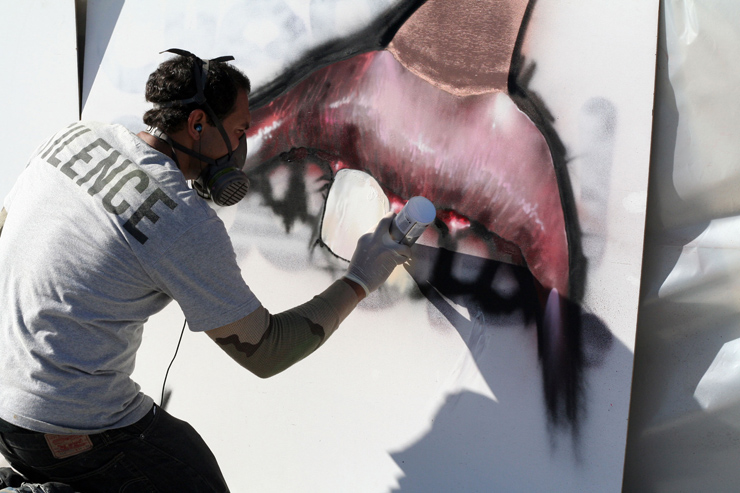 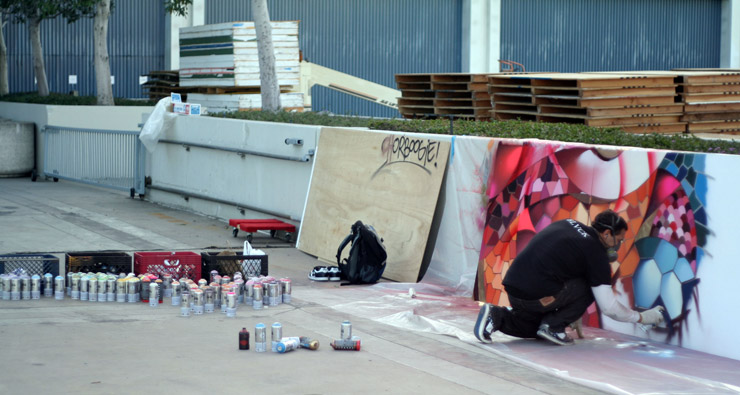 If you gave him 3 colors, he would feel mute. Chor Boogie doing the color therapy. (photo © Kohshin Finley)

See more photos of the guys setting up on Hi- Fructose HERE:

See a sound-clippishly funny interview on the local news station with Chor and Shark Toof HERE: