Loosely layered and color-blocked figures in the desaturated tones of pre-Depression 1910s, the new lineup on these walls in downtown Providence, Rhode Island recalls a proud industrial age here – as painted by the graffiti/street artist Arz.

Originally from Palo Alto, he’s now considered a Catalan muralist of large scale works whose more than two decades of experience on the streets has fully formed this trim team of workers. It is a style that hearkens to the elegant depictions of a century ago by illustrators like Frank Godwin – known as much for his depictions of industrial workers as the privileged beneficiaries in their drawing rooms balanced gently on a piano bench.

“The idea is to make a representation where you can read the hard years of the construction of a ‘modern’ city from scratch,” says Aryz in a press release, “representing all the anonymous workers who built it, representing the American Industrial Revolution and the workers in their labors.”

Funded by donations from perhaps some of todays’ captains of industry, the mural lends a grace to that toil, a dignity to the classes who fought for union rights, better working conditions, a minimum wage, an end to child labor. Providence itself is known as the location of America’s first Labor Day Parade on August 23, 1882, with thousands of union members parading through downtown. 11 years later Labor Day became a holiday in Rhode Island.

Previously a graffiti writer in Barcelona, Aryz is no stranger to factory buildings when it comes to getting up. Now the owners of factory-looking buildings invite him to paint. A little over a decade we published his work on the side of a Brooklyn deli with How and Nosm. Today his visual style and mastery of technique has evolved into one that is quickly recognized and admired for its harmony, composition, and impeccable color palette. 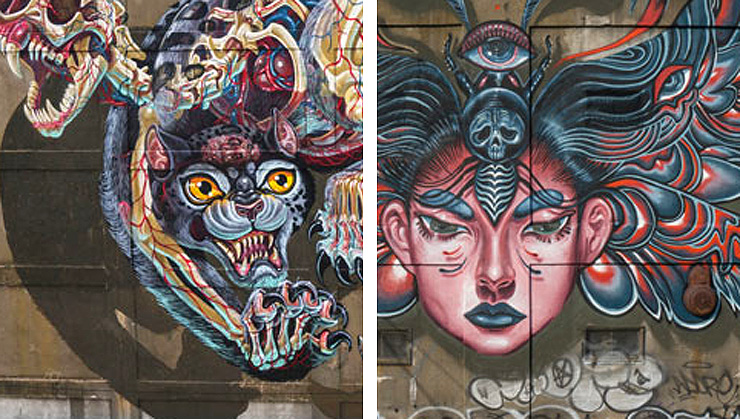 Exclusive shots today for you from Nychos and Lauren Ys in with his “Battlecat” and her “Night Flight” in Providence, Rhode Island. With styles that are complimentarily in some of their fantasy based origins, you can discern differences in personal style. As you might guess, these two artists have also collaborated successfully on pieces, most recently in Brooklyn a couple of months ago. 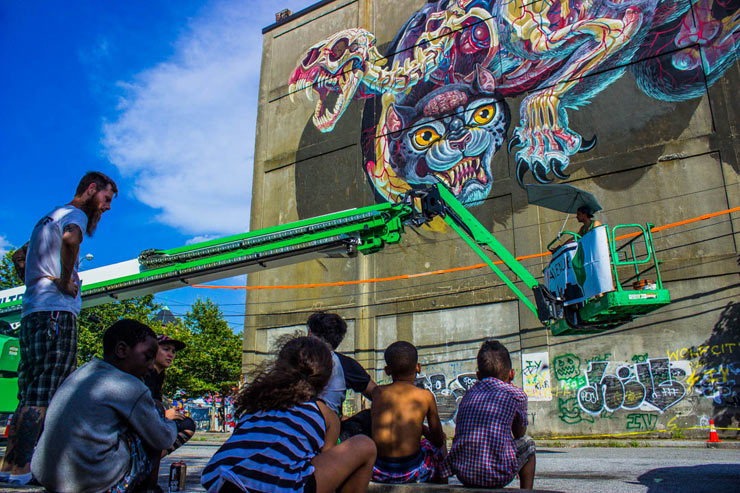 For these pieces that were curated by their hosts from Inoperable Gallery, the two artists were thinking about species of animals that are disappearing due to climate change and man-made threats to their existence. Nicholas Platzer, who curated for the project, tells us that the news on television and the Internet during the days they were painting these was full of talk about racism, violence, division – but that’s not what he was feeling.

Neither were local kids. “The community around us was welcoming, excited, positive, and enamored with the murals. What started as a project to raise awareness for endangered species became more about the unification of people through art and the sustainability of mankind,” says Nicholas. 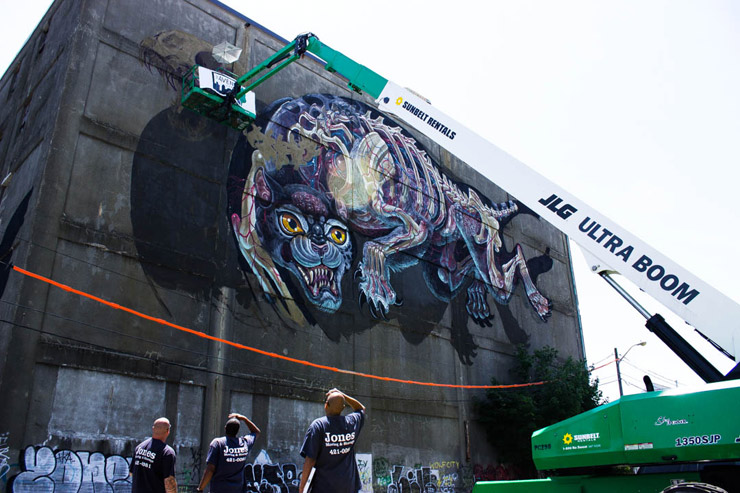 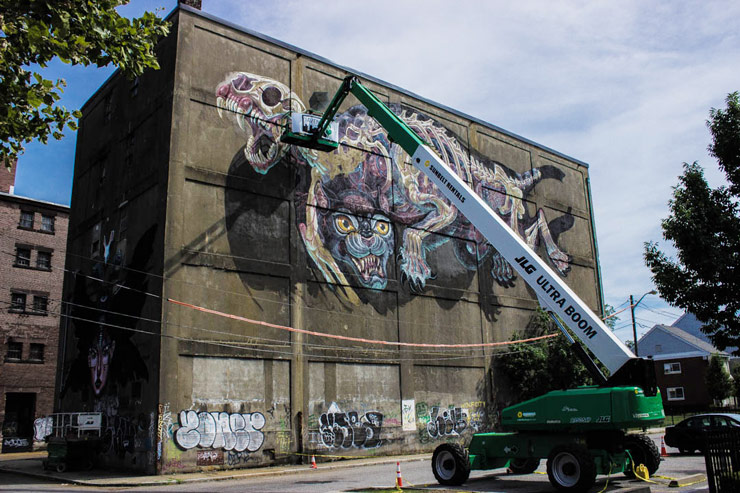 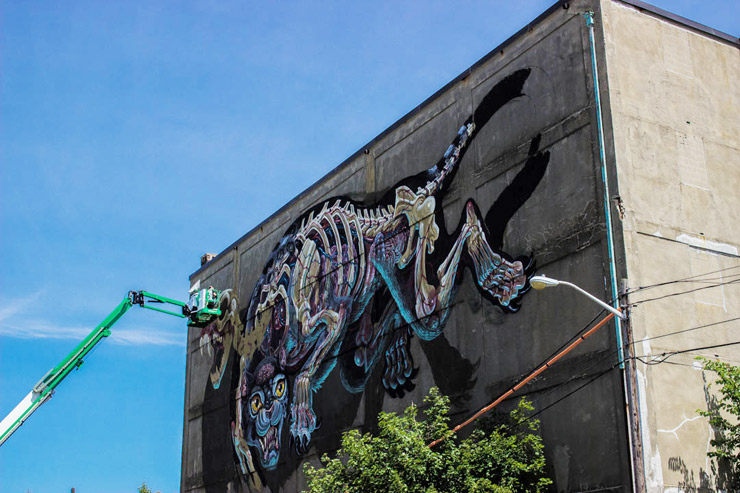 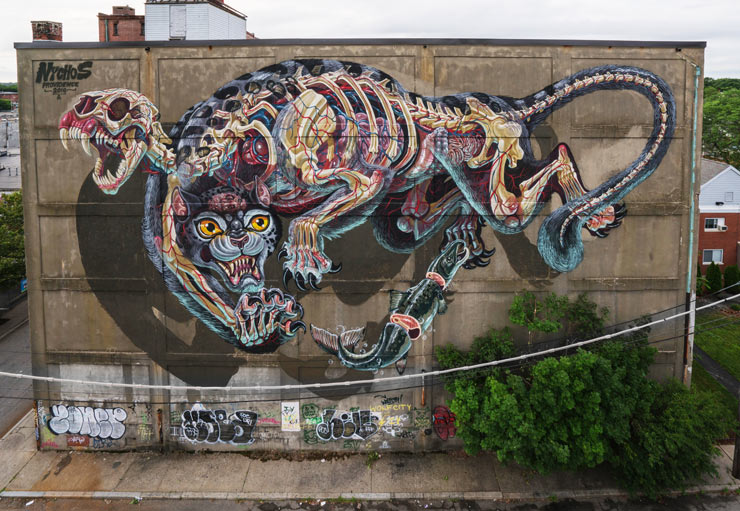 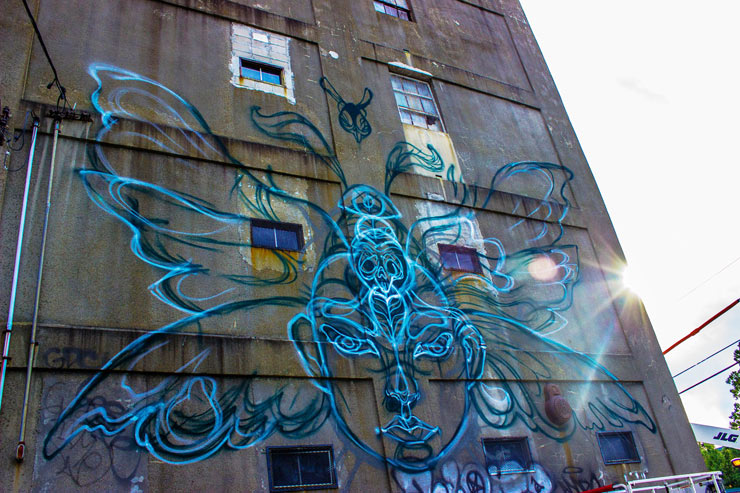 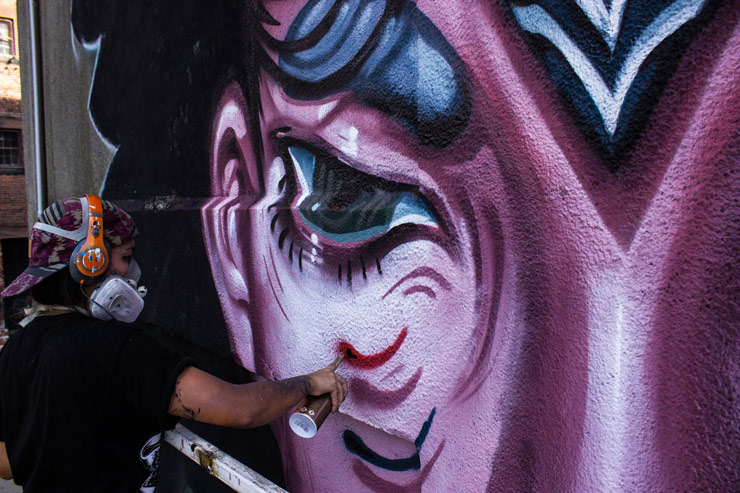 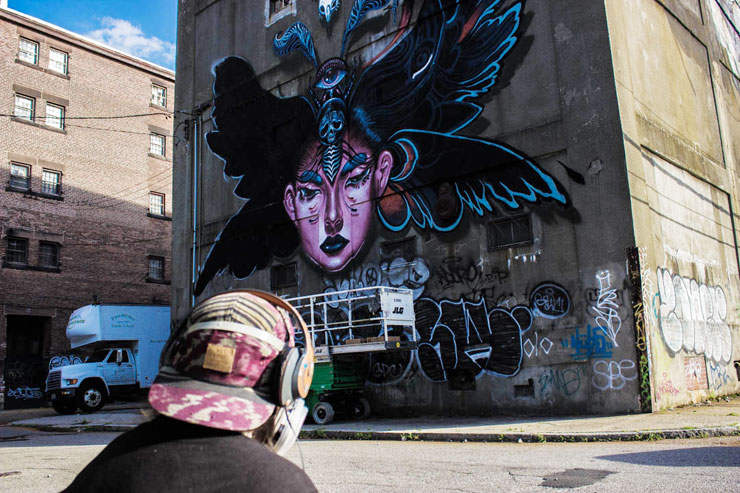 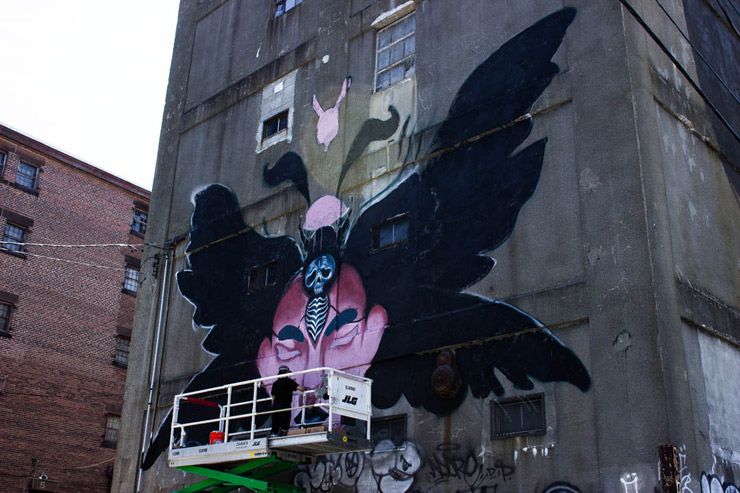 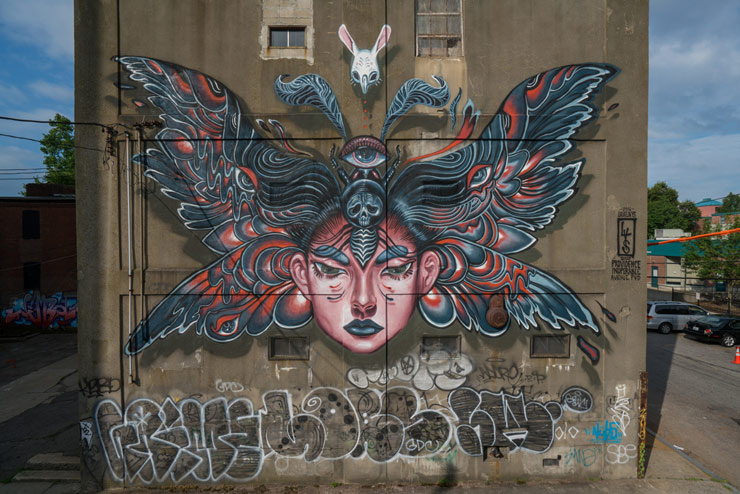