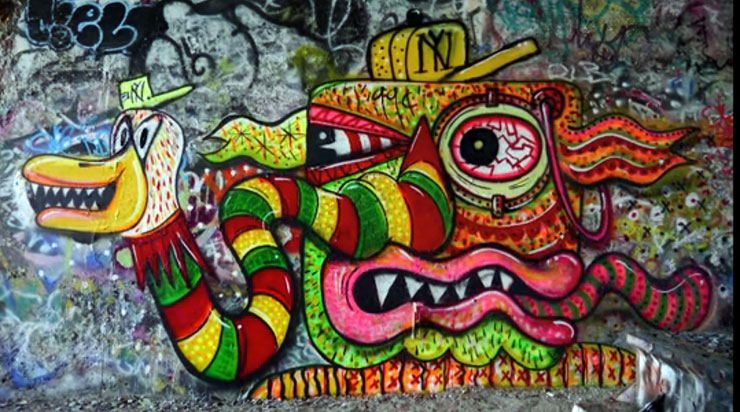 Bast and Paul Insect just put out this stop action this week of what appears to be some  character painting in dilapidated buildings – and according to the accompanying text it was all shot on an iPhone 4. The soundtrack gives it a funhouse appeal and makes us want to go to Coney Island one last time before they tell us that summer has ended.

Nychos X Sheryo X The Yok on a Schoolhouse Rolldown

A couple of weeks ago The Yok launched the new edition of his King Brown magazine with a gallery show inside the schoolhouse in Bushwick. It was 8000 degrees inside but a few hundred people milled around to see the 30 or so new small works by artists like NEVS, Keeley, and N’DA. There was major spillage of people out the street and across it just to get some air and enjoy conversations and to see the rolldown in progress with Sheryo, Yok, and Nychos. Today you get to see the finished video of that piece.

Photographer Jeff Frost has been featured on BSA in the past – mainly because his high-def stop action videos of modern decay juxtaposed with natural wonder and beauty are so mesmerizing. Jeff is raising funds to complete his newest project “Modern Ruin: Black Hole” on Kickstarter, and you can check out the first few amazing minutes of the completed work here. 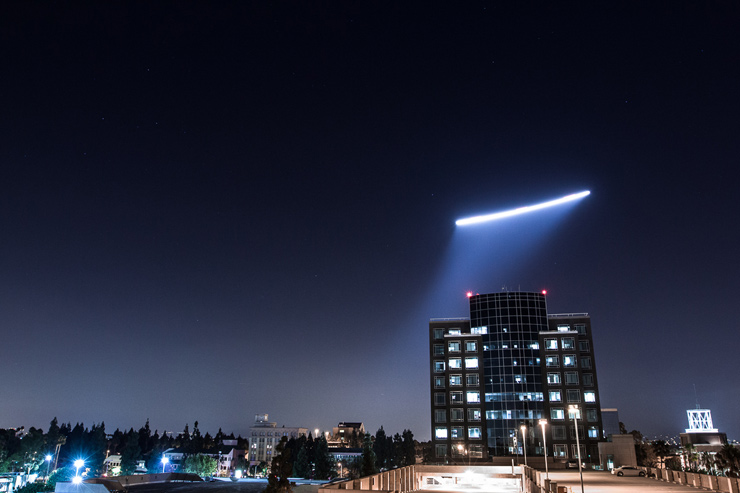 “Modern Ruin is a contemplation of the idea that creation and destruction is the same thing (this half of the film focuses on destruction),” says Frost. The white hole from which our universe sprang, and the blackness into which it may disappear testify to as much, yet these bookends of existence are inadequate to address everything in between.” 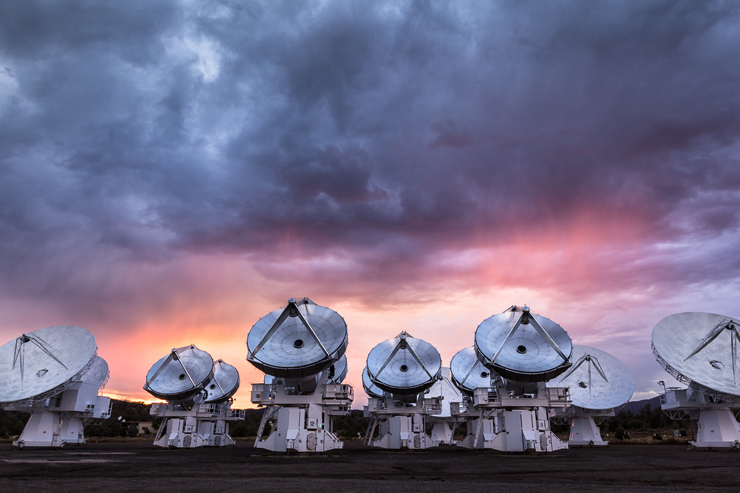 “As with all my films, every event depicted in Modern Ruin happened in naked reality, from the riots, to the optical-illusion paintings. In the same way that you, life itself and even the laws of the universe are deeply paradoxical, so too are the realities pieced together to form this non-reality.”

The first half of a film 150,000 photographs in the making combining time lapse footage of riots and optical illusion paintings.

Please take a look at Jeff Frost’s Kickstarter campaign for the second half of Modern Ruin:
kickstarter.com/projects/1051873420/modern-ruin-white-hole

BSA was the official media partner of Wall Therapy 2013 and as you know we covered it in multiple postings for BSA and Huffington Post (below). Here is a personal reflection from Rosanna Bach of some of the scenes she captured while there.

Check out our previous posts on WALL\THERAPY:

WALL\THERAPY 2013 Starts With FREEDOM in a Tunnel