Miami is in full effect! Murals and cans and scissor lifts and beers and cameras are all going at once!  Street Art has never been so well represented in Miami’s Art Basel as it is this weekend – in fact it is impossible to follow it all unless you are an octopus. 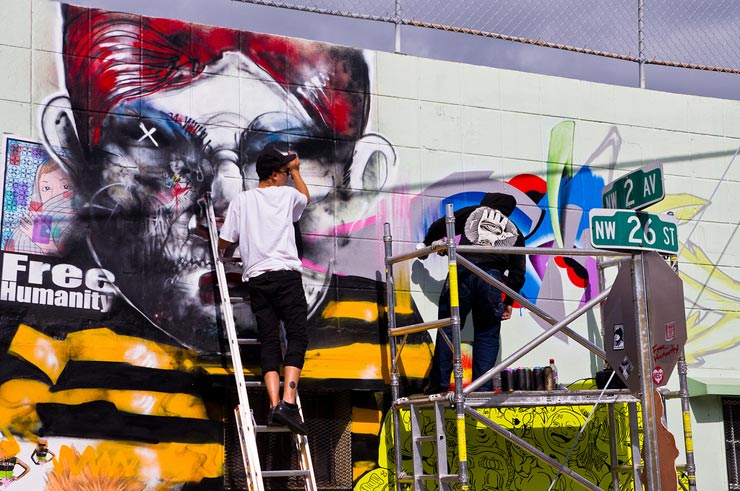 And opportunities are seized, while others are missed, and some are trampled underneath. Carlo McCormick writes in Paper Mag a pleasantly prickly on-point overview of the current events with an eye toward some of the sliminess. McCormick should know about the polluting  and homogenizing effect of commerce and hype on a scene born in the street, having witnessed and documented first-hand the explosion of graffiti in the NY Downtown scene during the 1980s as well as the market implosion that hurt so many artists in it’s wake. Perhaps that’s why his piece ends with the populist summation,

“It’s all good whatever side of the town you want to walk on, but to our view the art that is taking place with the 99% in mind rather than in whorish acquiescence to the 1% is infinitely more lively, vital and relevant. It may not be making much money (unlike many here we’re too polite to ask about sales), but believe it or not, that’s not the point of art. “

Read the full piece by Mr. McCormick at Paper by clicking here: 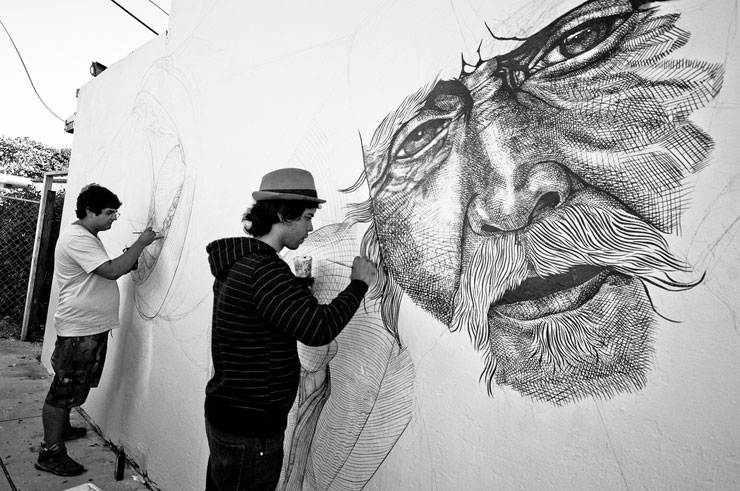 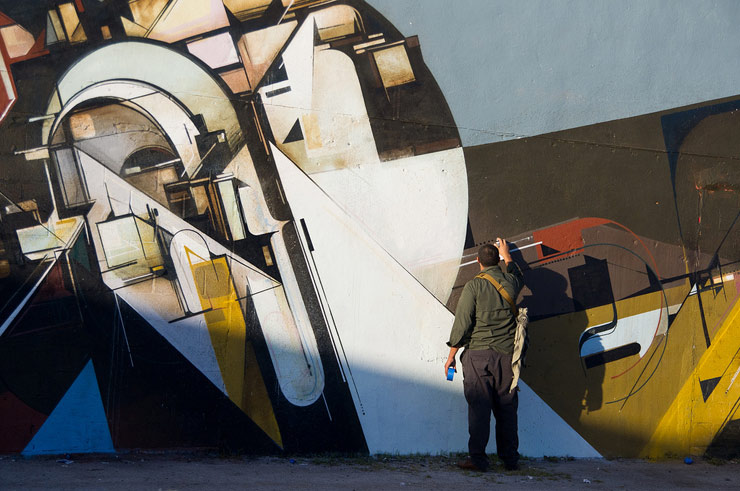 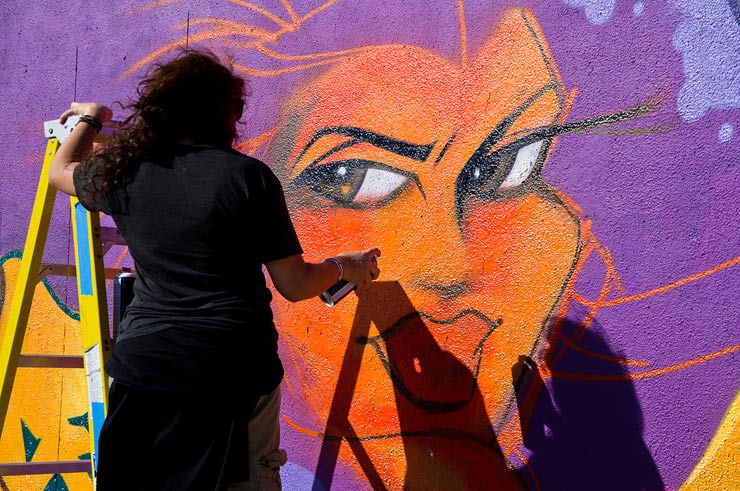 TooFly from the streets of New York to Miami . (photo © Mike Pearce) 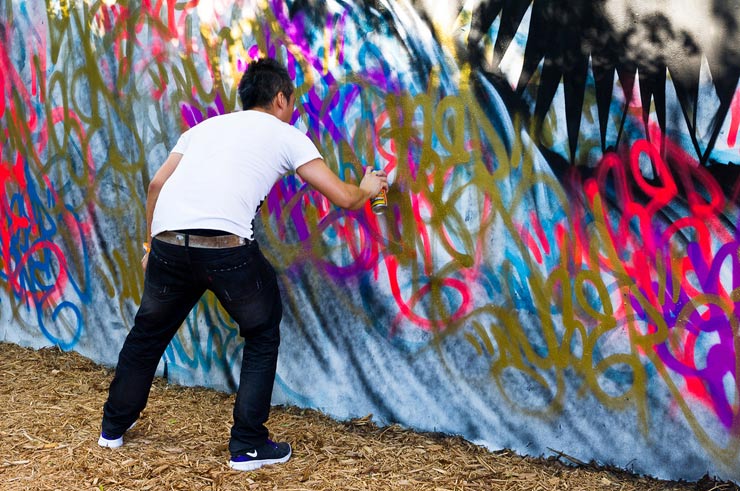 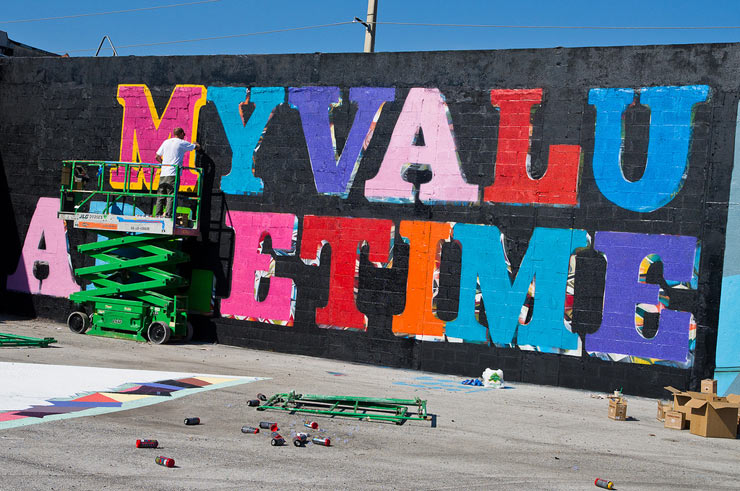 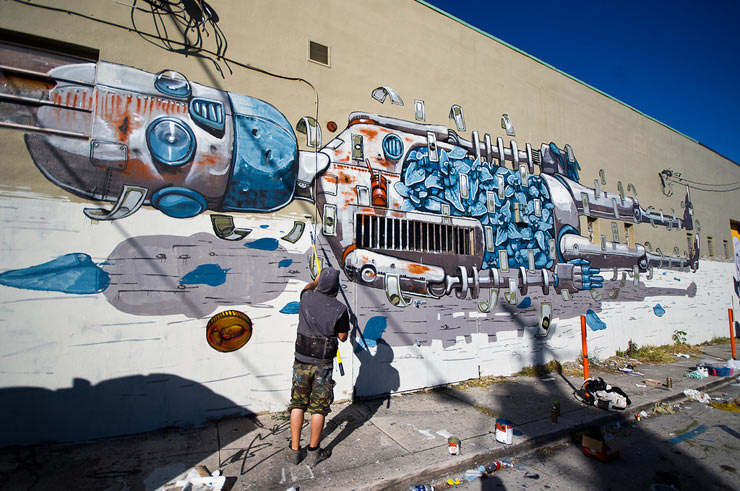 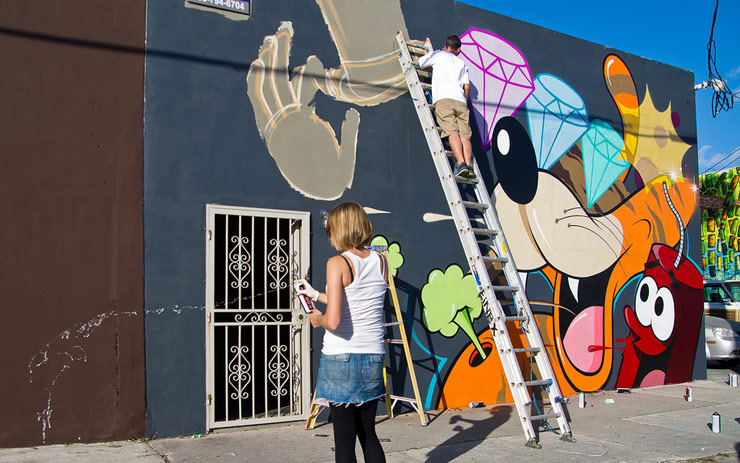 Myla tests a can of white while Mr Dabs works on his top hat. (photo © Mike Pearce)