BSA is in Berlin this month to present a new show of 12 important Brooklyn Street Artists at the Urban Nation haus as part of Project M/7. PERSONS OF INTEREST brings to our sister city a diverse collection of artists who use many mediums and styles in the street art scene of Brooklyn. By way of tribute to the special relationship that artist communities in both cities have shared for decades, each artist has chosen to create a portrait of a Germany-based cultural influencer from the past or present, highlighting someone who has played a role in inspiring the artist in a meaningful way.
Today we talk to Swoon and ask her why she chose her persons of interest, Turkish Immigrants.

54% of Brooklyn residents age 5 and older speak English at home as a primary language, followed by Spanish, Chinese, Russian and many others. The immigrant story has always been part of the Brooklyn story actually, including a flood of new German immigrants in the mid 1800’s to New York and Chicago which changed and formed the country. [note] Historic Overview: Germans in Chicago, Goethe Institute [/note]  Today Berliners talk about the largest ethnic minority in Germany, Turkish immigrants, who account for about 4% of Germany’s total population, according to the census 2011 [note] File Migrationsberichtdes Bundesamtes für Migration und Flüchtlinge im Auftrag der Bundesregierung, Migrationsbericht 2012)[/note]

The topic of immigration is relevant to both sister cities and their artists communities, as they grapple with age-old questions about absorption and assimilation into the culture and whether traditions and behaviors can accommodate one another. Naturally, emotions can run high and rhetoric can be very strong at times and as usual art on the streets reflects society back to itself in an ongoing dialogue. If New York’s reputation as a melting pot is any indication, eventually people do find a way to coexist despite our sometimes marked differences. 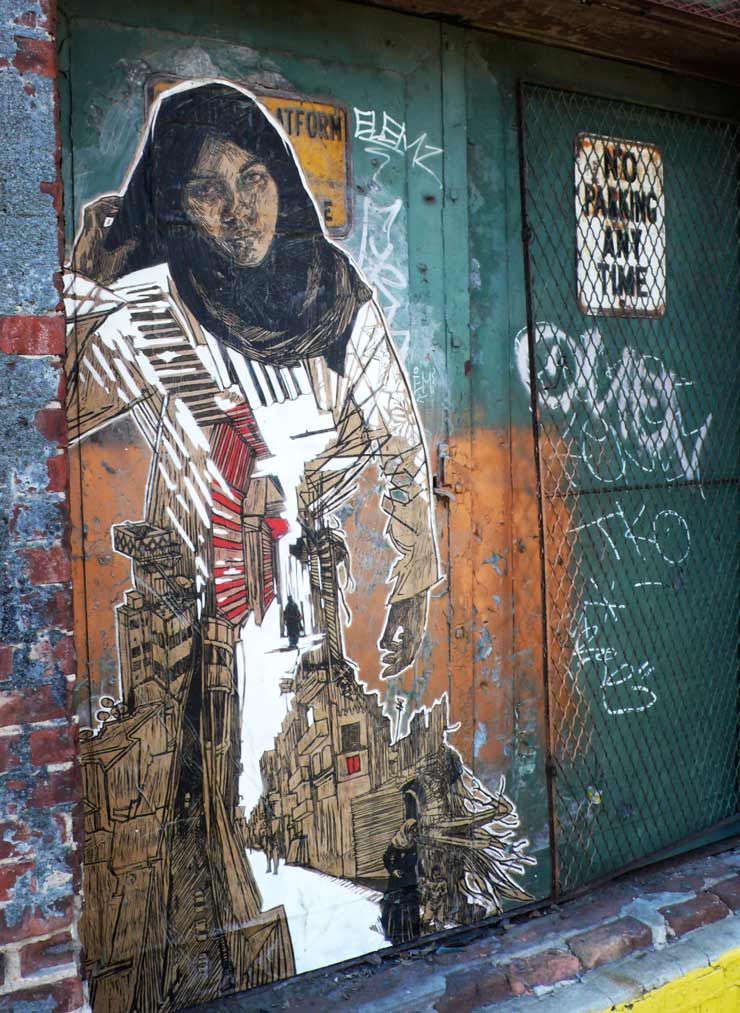 When Brooklyn Street Artist Swoon first learned about PERSONS OF INTEREST, she first thought of the many times she has been to Berlin and the artist community with which she has worked and played over the last few years. Known for her intricate paper cuts and linotypes that depict an inner world of a person, often you can read the interior of her forms as a diary. To join the two cultures and her experience of it Swoon also thought of the rich Turkish community she became familiar with in Berlin and she decided to dedicate her portrait to them. 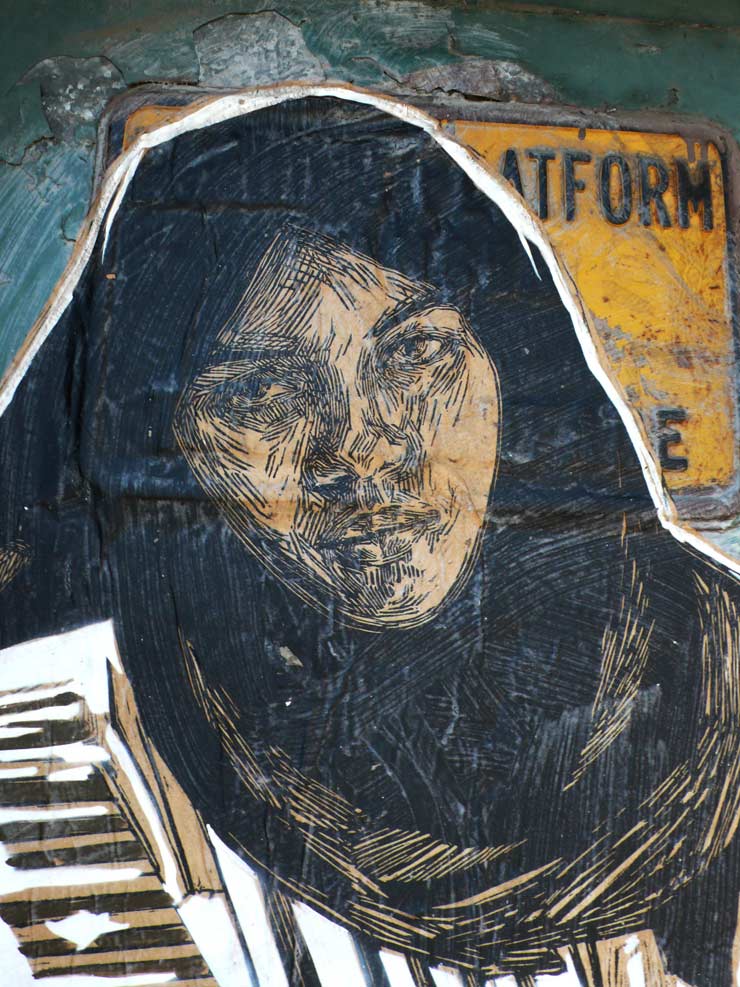 “This portrait is a celebration of the cultural diversity of the city of Berlin, and specifically of it’s large and vibrant Turkish community,” she says. A hand painted linoleum block print with cut paper elements, Swoon says she thinks of this installation as “a long distance love letter to the city that informed so much of my early work, and which inspired and embraced the creative evolution of art on the streets like few other places in the world.”

Olivia Katz, an artist who has worked closely with Swoon in studio, agrees with her sentiment about this piece and expands on it. “This piece celebrates urban diversity,” says Katz. “It is meant to reflect on cities as densely pluralist environments that are built upon countless different people and communities living and working together. It is essential to recognize each other as neighbors, each living our lives soulfully and with meaning, and to nourish relationships that cross even the widest cultural chasms.” 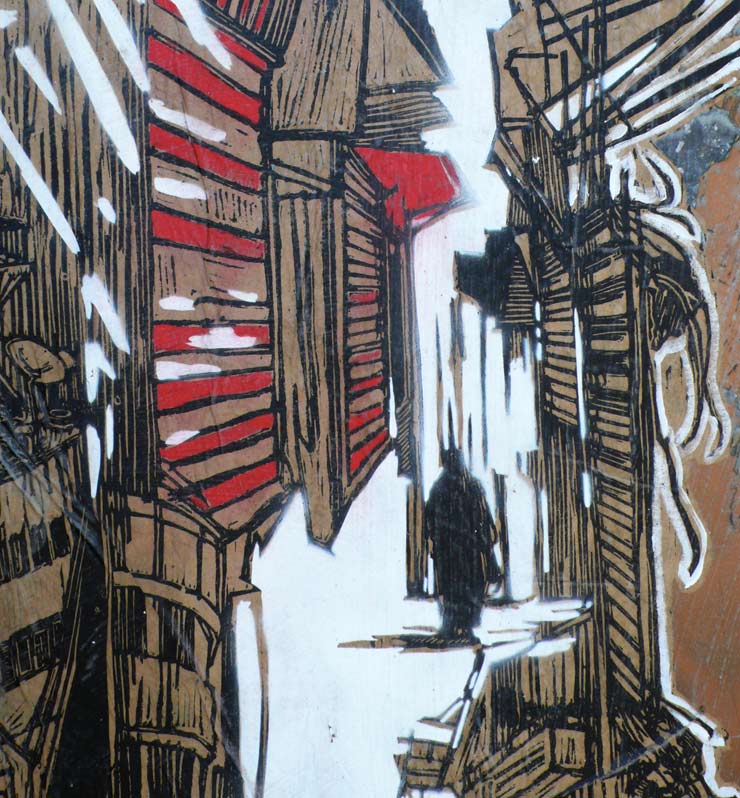 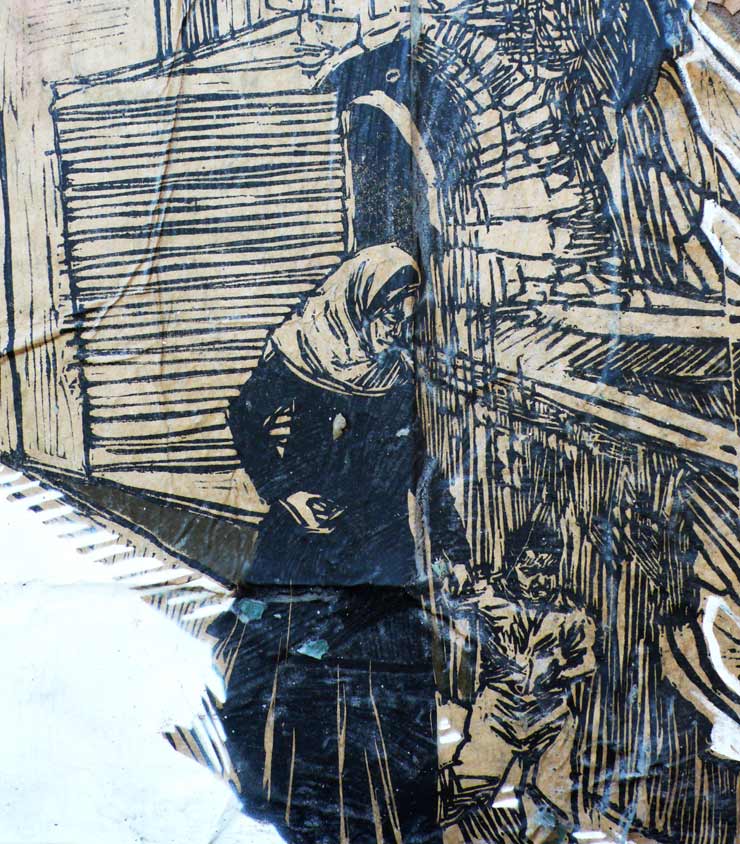 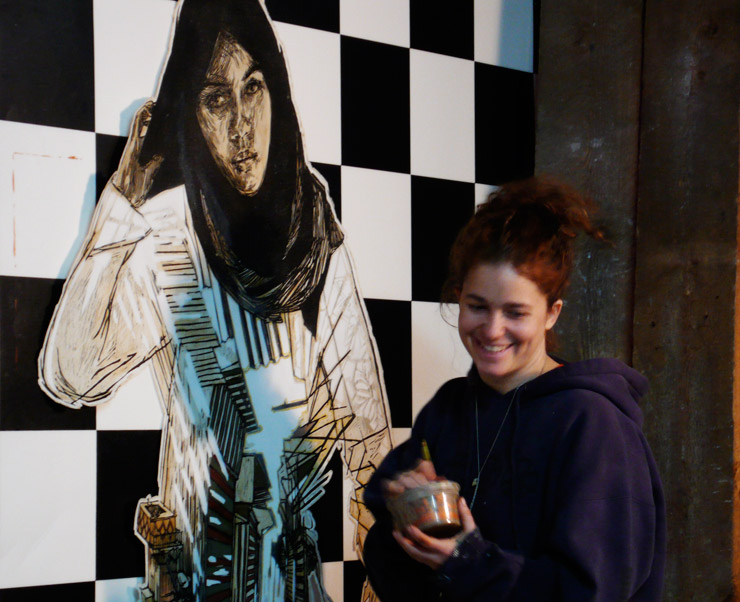 Swoon “Cairo” at her studio in Brooklyn working on another version of “Cairo”. January 2011. (photo © Jaime Rojo) 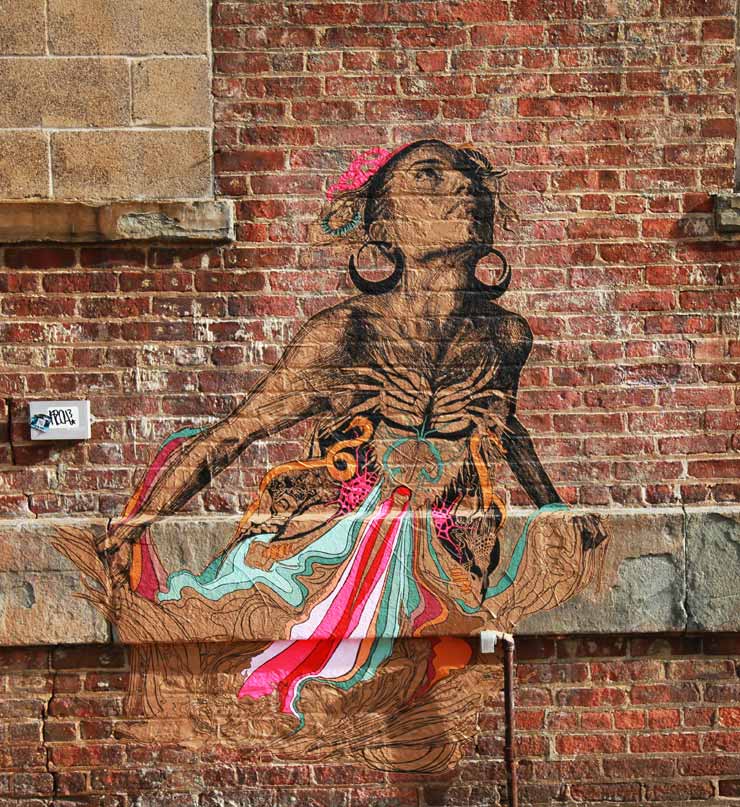 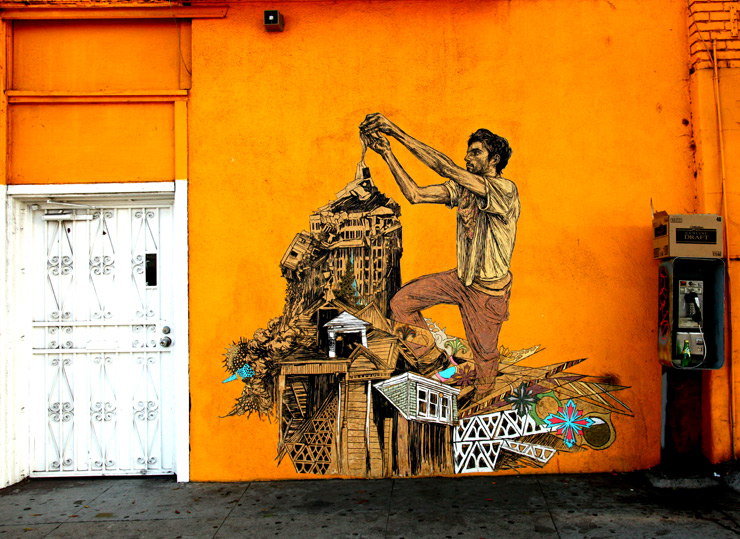