A funny thing happened on the way to Public Space.

Street Artist XAM has started a new series of miniature billboards that poke their little fingers in the eye of advertising and in the process call into question what kind of messages are legal or illegal. After the Public Ad Campaign last year successfully drew attention to the thousands of outdoor spaces in New York City that were illegally being used for advertising and poster glut was cut, the public became a little more aware of the street fight for their eyeballs.

Not sure what XAM means to say here, but they’re clever installations that can cause a cringe and a chuckle at the same time.  These petite Out Of Home (OOH) message platters first seen in LA last week mounted on the back of street signs appear to be faithful reproductions of their gigantic cousins, and ironically the same size as that glowing rectangle you have in your purse or pocket right now. 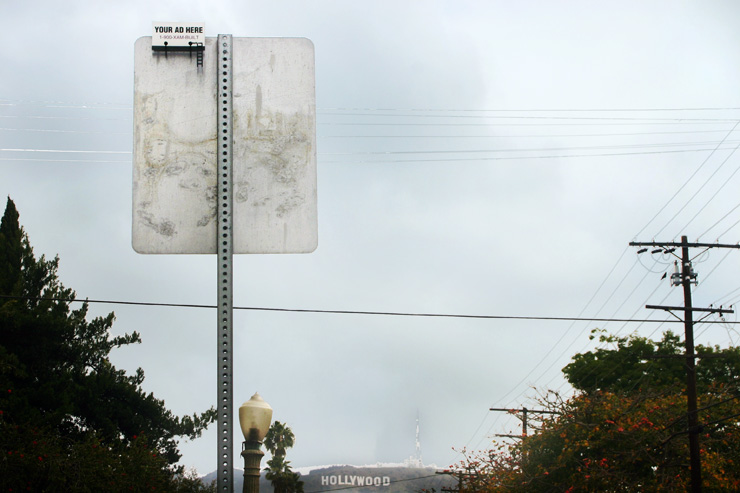