Happy Hannukah to all our Jewish friends this week as the festival of lights began on Thursday night. “Chag Sameach!”

Meanwhile, the Christmas jam is in full force with lights in people’s windows and in stores and yesterday in Bushwick, Brooklyn…. those little electric lights were surrounding a statue of the Virgin of Guadalupe that a small group of women crossing the street was carrying at the intersection of Broadway and Myrtle. They looked like they were holding prayer books or papers with prayers on them. For those of you unfamiliar with the Our Lady of Guadalupe Day 2020, it culminates in a popular Catholic feast that celebrates the belief that a man encountered the Virgin Mary, Mexico’s patron saint, in Mexico City on December 9 and 12, 1531.

Speaking of Mexico, all of our Images of the Week are flown straight here from there today – sunbaked and sweet. Colectivo Tomate is the name of the group responsible for many of these brand new historically-inspired murals in Chihuahua, Mexico – and we thought we’d share this collection of new works from this warm desert-based city of a million only 4 hours from El Paso.

The collective describes itself as an independent group of young Mexicans who seek an improvement in the way of life in the cities in Mexico. They talk about using their mural works and arts programs in terms of healing communities immersed in environments of violence, extreme poverty, or social conflicts – with artistic processes, dialogue, and community work.

Aside from the fact that Mexico is the birthplace of inspiration for the great mural movement in the 20th century, it is also important to recognize that graffiti, street art, and mural art are very personal in how you define them, but those definitions are going to vary from person to person, city to city, decade to decade. It’s good to see how art in the streets here in Mexico is also building healing and strength in the community.

So a shout out to Colectivo Tomate Chihuahua, who is participating in this to celebrate “Chihuahua Capital Creative” – a week where they host talks, conferences, and workshops, entirely free at the Instituto de Cultura del Municipio de Chihuahua. 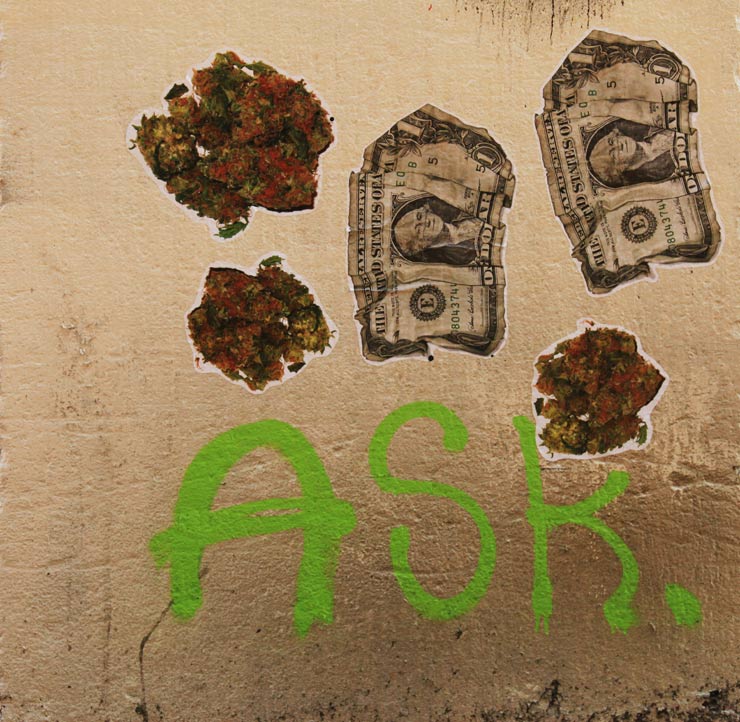 Guess it shouldn’t surprise us when we find out that the sticker, wheat-paste, or mural we published of “Street Art” or graffiti actually turns out to be a logo or promotion for someone who is selling sneakers, t-shirts, lip-gloss, tampons, or toe fungus spray. That’s how people pay the rent, yo!

After all, we get press releases all the time from “Street Artists” who purport to get up all over the place in their home city of New Jesusville – but nobody we talk to has heard of them. Eventually word gets around and its not our business to trash people. And we all know at least one or two fine artists who have used the strategy of putting their stuff on the street to add some sort of “cred” to their “brand”. Fine. And look at the countless corporate names that have been inserting (or “integrating”) themselves into all manner of social/electronic media and “stories” in the last couple of years – just to leach off grassroots D.I.Y. culture and make the money and get the clicks but not actually support the art community that birthed it. It’s a complex story.

But it’s hard not to feel a little bit like you just got punked when you walk into a store and find the stuff you shot in a putrid garbage strewn alley is now silk-screened across a cheap flask or frisbee or truckers cap, giving it about as much meaning as a Kardashian wedding ring.

What are we going to do? Oh probably nothing – there is no purity test or reliable scale for measuring when someone has “sold out” and we don’t like pompous peeps who pretend otherwise. We’re just keeping an eye out, sister, and trying not to get fooled again. 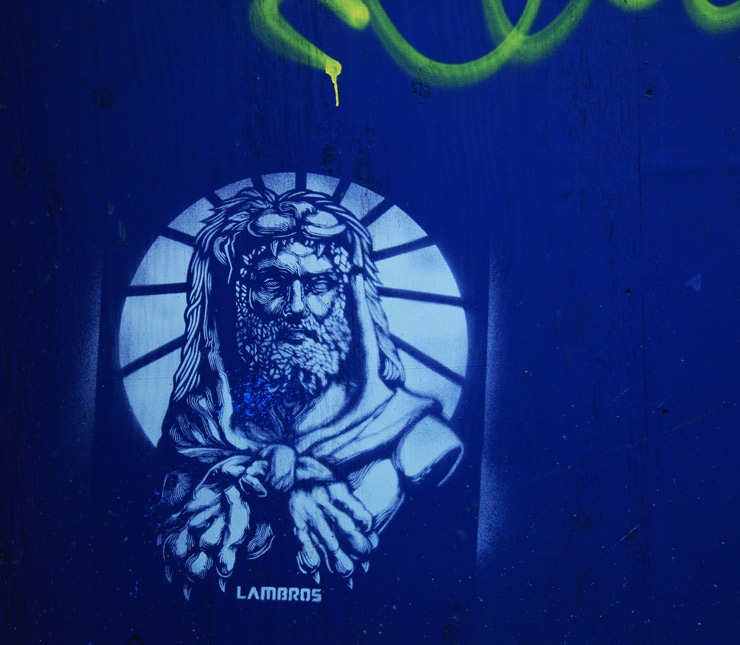 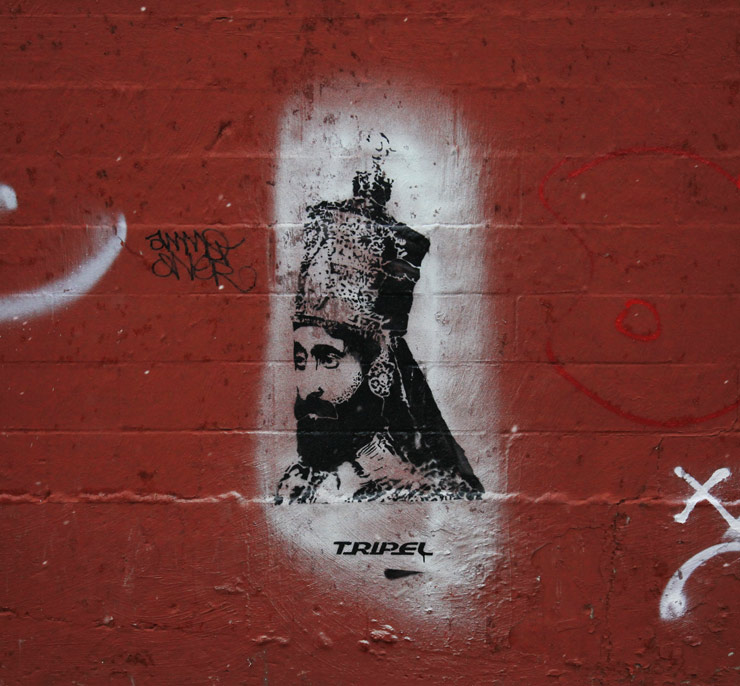 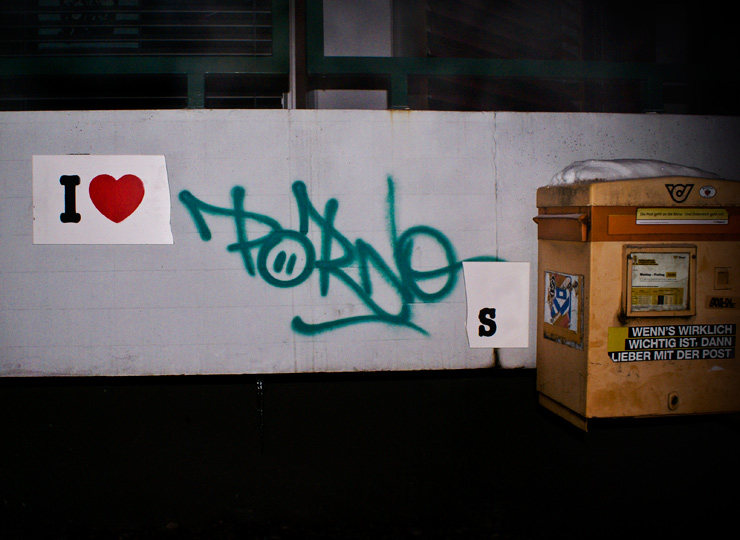 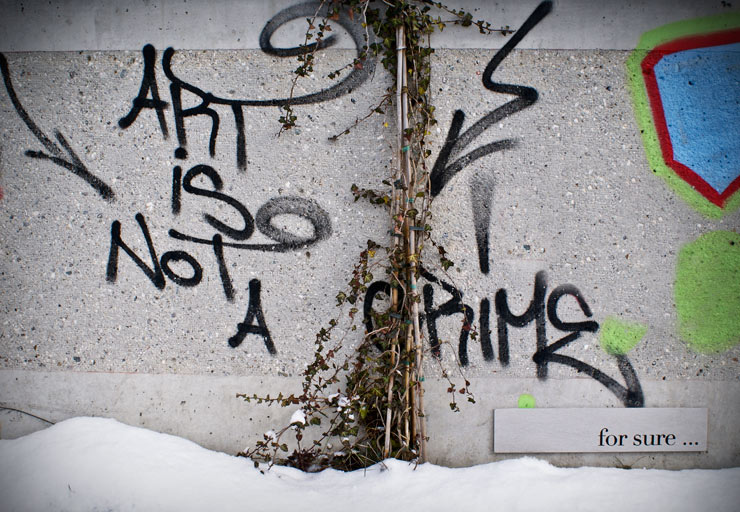 Meer Sau “Art is not a Crime” in Salzburg, Autria. (photo © Meer Sau) 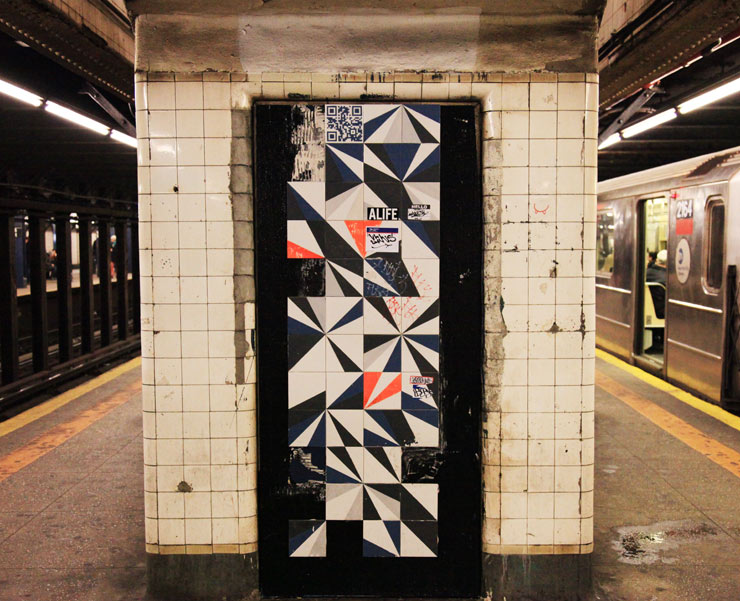 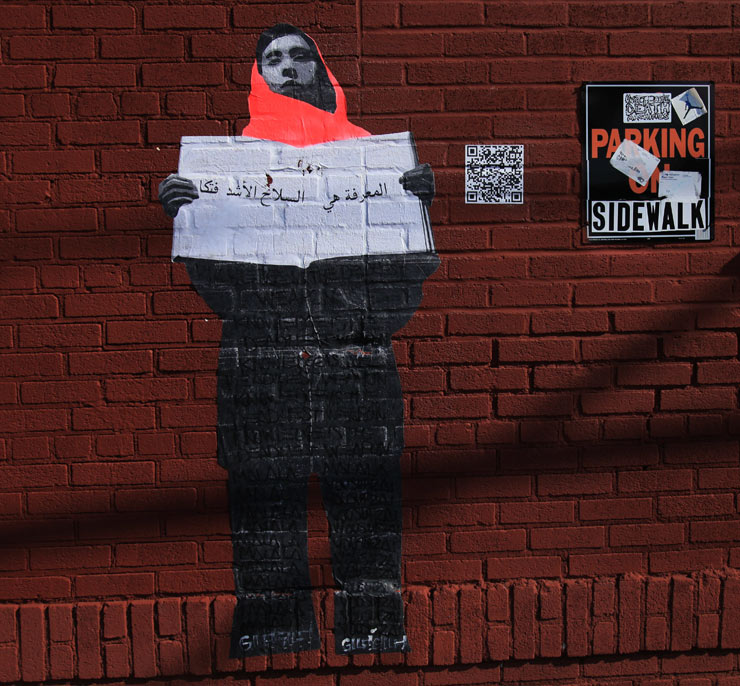 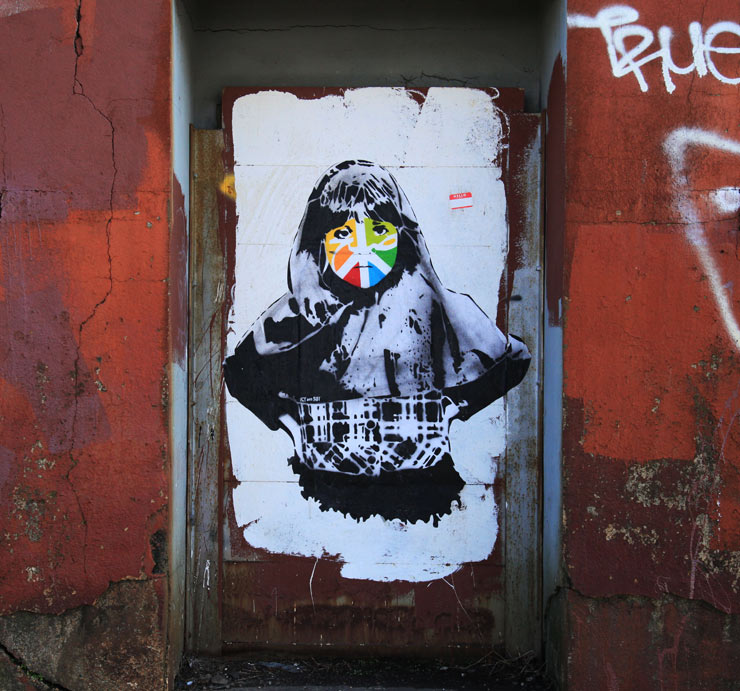 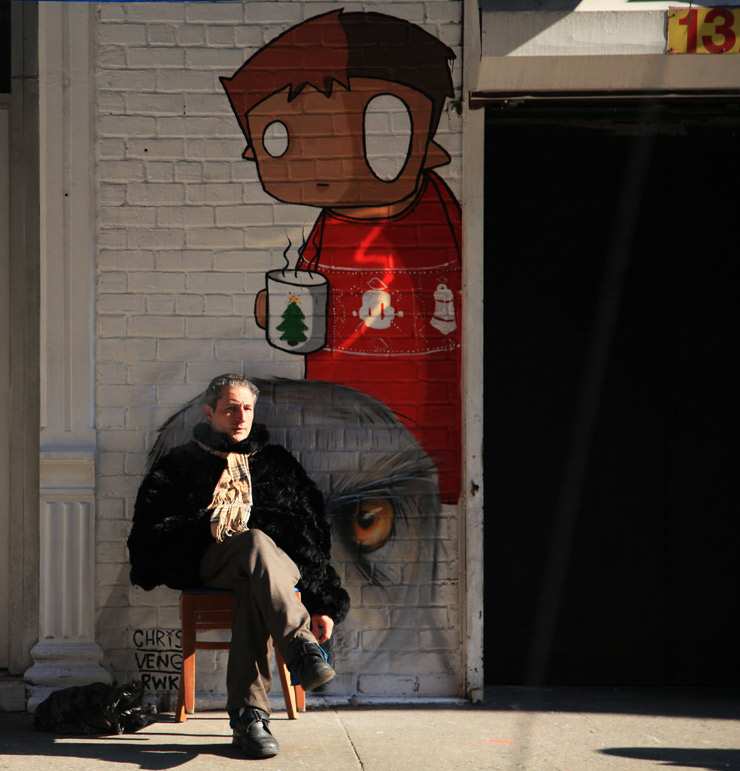 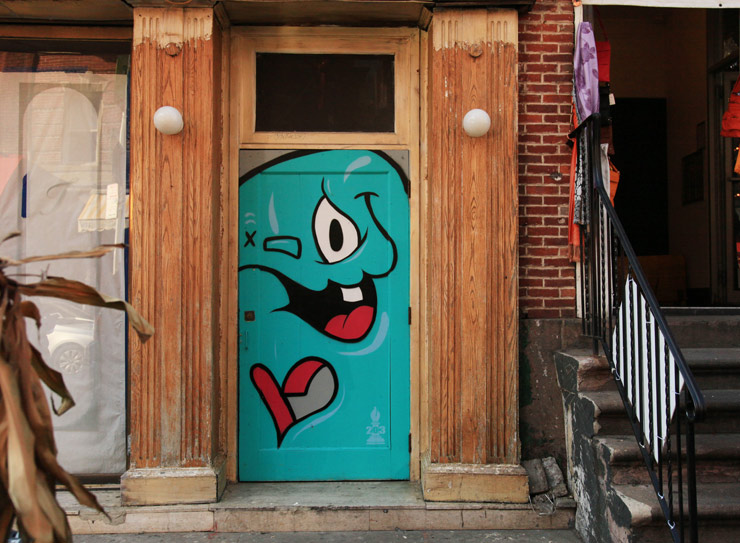 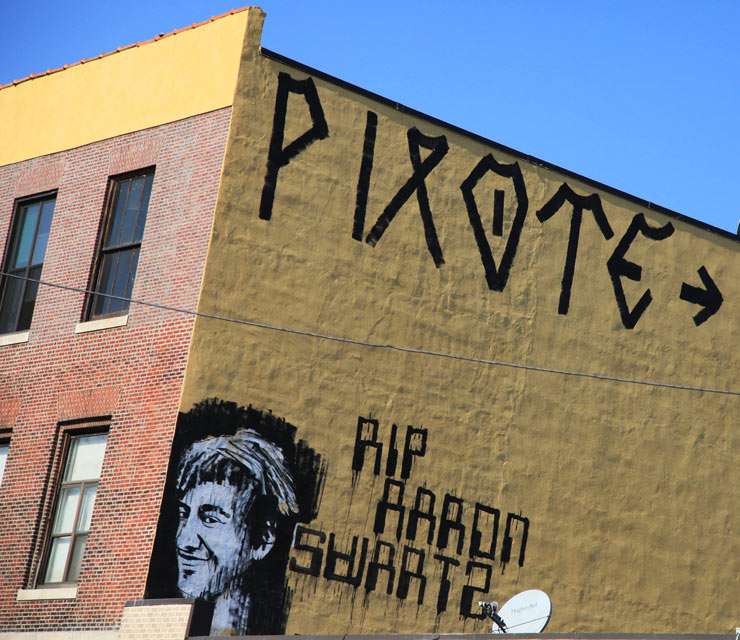 BAMN does a memoriam for Aaron Swartz. Pixote on top. (photo © Jaime Rojo) 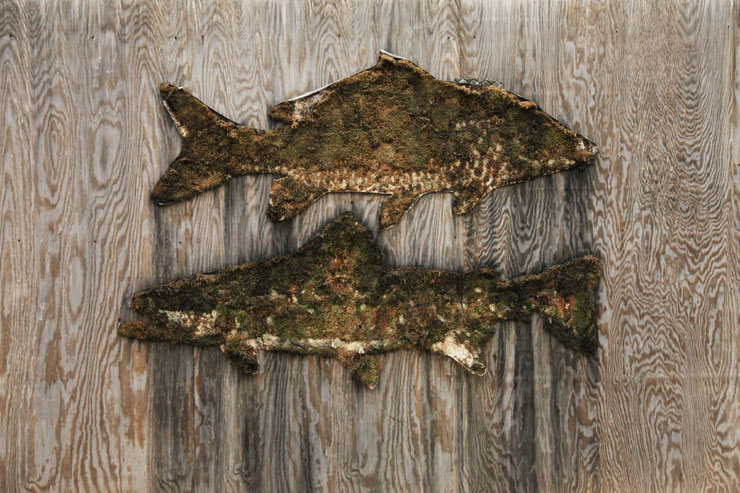 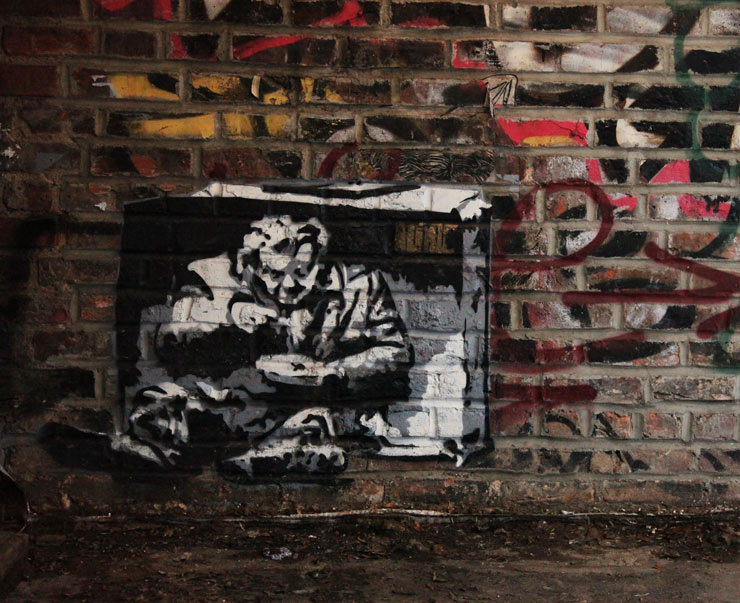 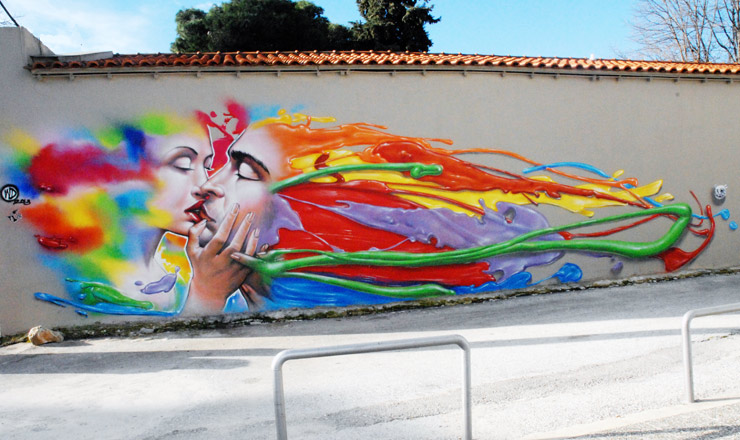 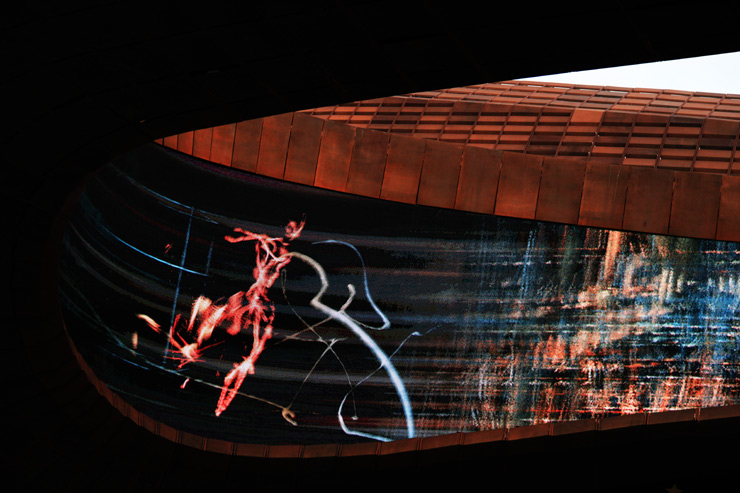