Street Artist Talks About the Mexican Mural Tradition and “Simbionte”

Mexico City is plastered with plazas, throbbing with thoroughfares, and well stocked with statues of the Virgin of Guadalupe. It also has an active decentralized street art scene that is informed by it’s muralist history of the last century as well as the emerging international style.

SEGO in video still from “Simbionte”

And while the greater area of the city in the valley holds about 21 million people, you can spend and afternoon unperturbed in a downtown commercial square next to the Kentucky Fried Chicken (KFC Chapultepec), and wreck a wall with a few cans and a blackbook sketch. 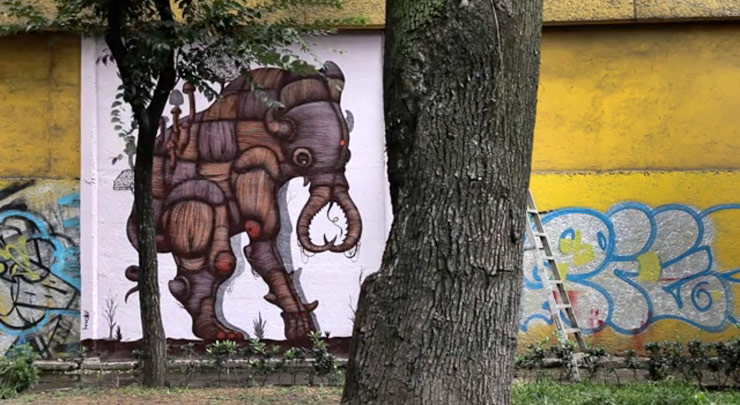 SEGO in Mexico City in video still from “Simbionte”

Street Artist SEGO, an easy going and determined Street Artist, hops up and down the ladder, jogging back a few meters to check his progress and zooms back to the wall to build his image.  As is common in work on the street, people stop by to comment, ask questions, and in one case, to sing a tribute to the art and the artist. 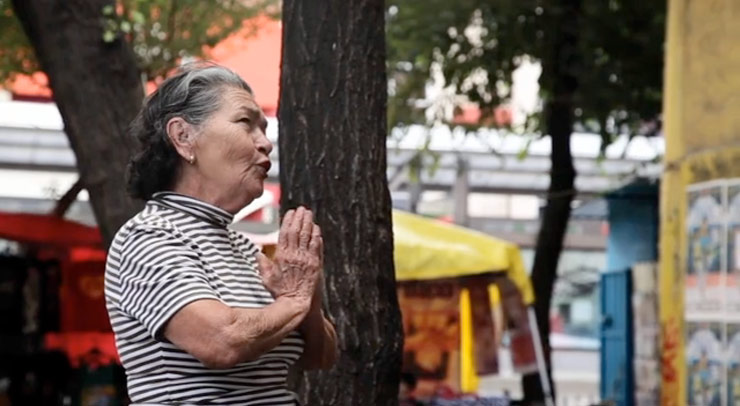 An impromptu musical tribute to SEGO in video still from “Simbionte”

In cooperation with Gonzalo Alvarez at MAMUTT and Filmaciones de la Ciudad, SEGO debuts his new piece here on BSA just for you.