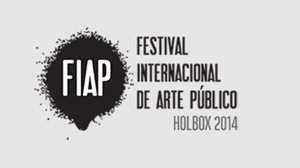 It must be sooooooooooo hard to paint a mural in paradise.

Hollbox Island is the home of the first international public art festival in Mexico and appears to be a good location to test this theory.

Canada’s Labrona was one of the first street artists to participate this February and he characterizes the experience as “the most magical location for a mural festival ever.” Hyperbole, perhaps but look at these images, many of them provided for BSA readers by painter and FIAP participant Jason Botkin, another Montreal artist and fellow EN MASSE crew member who has also made major inroads in the mural circuit.

Says Labrona, “I painted this mural on a tranquil sand street a few blocks from a beautiful beach. I made a ton of friends,” he says.  Most notably he says were the two incredible Mexican artist-muralists Curiot and Lesuperdemon. Mexicans who are outrageously talented at murals? Stop! 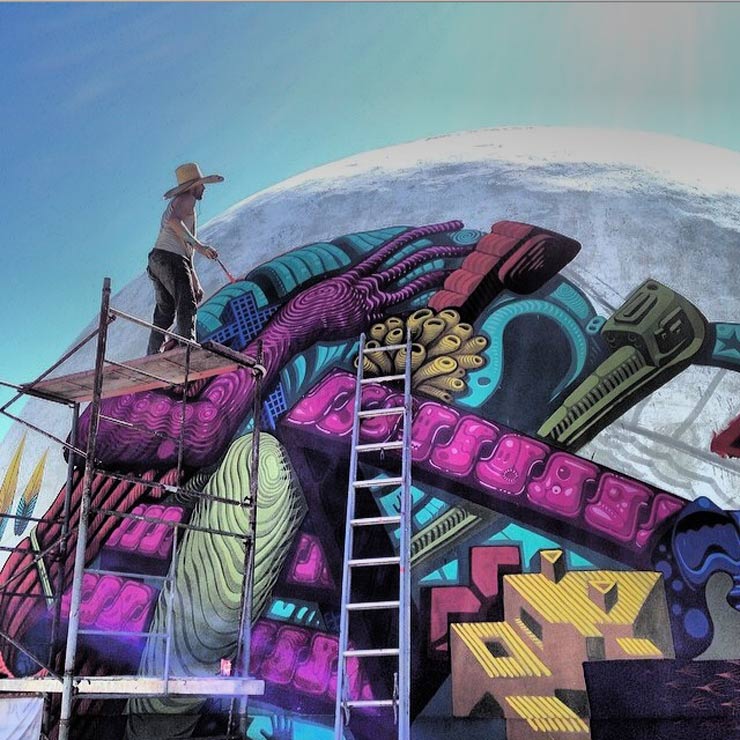 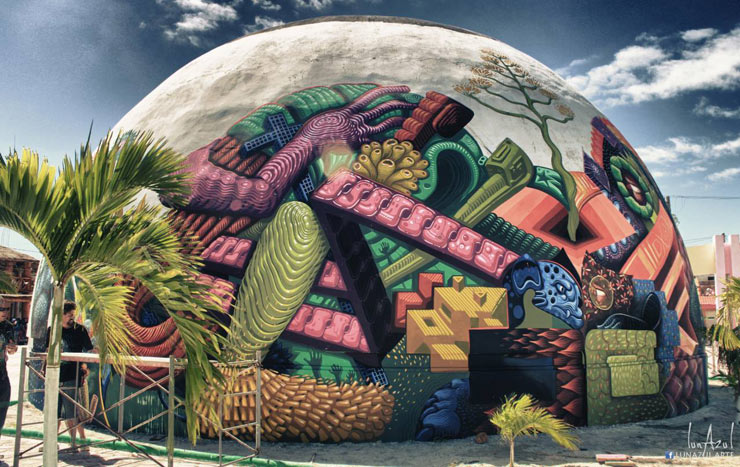 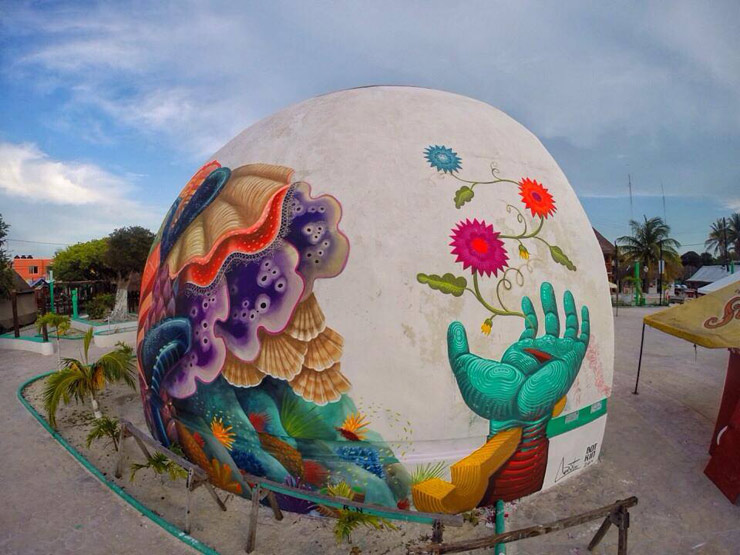 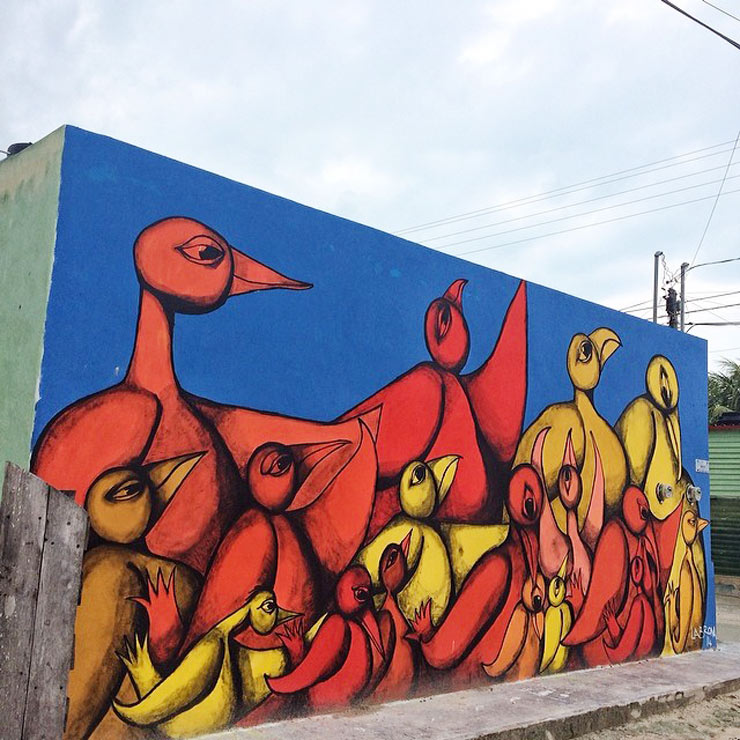 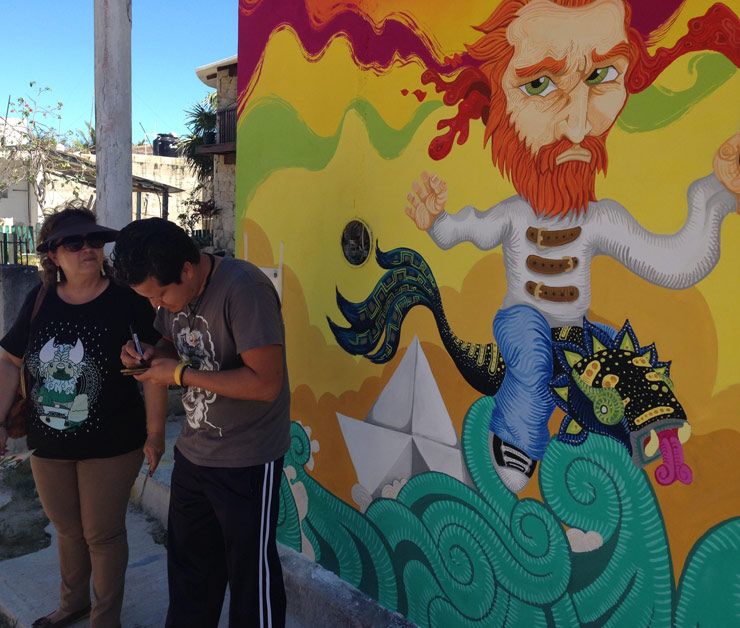 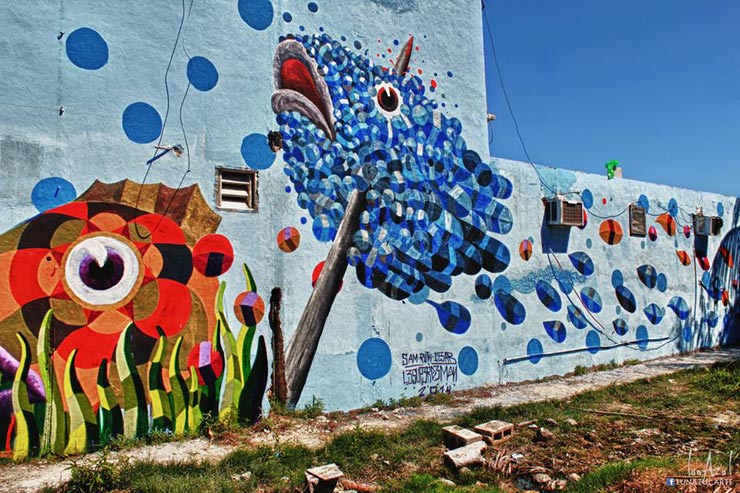 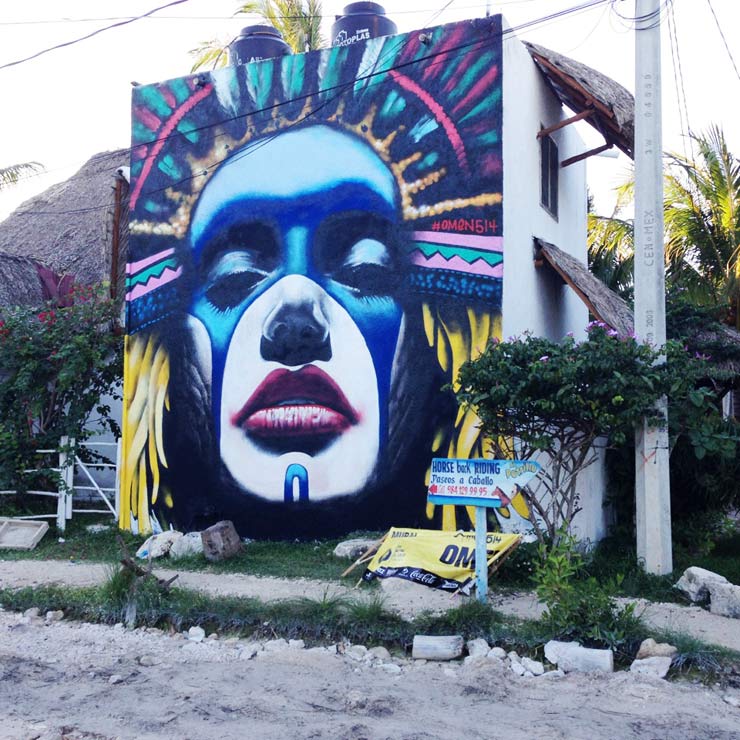