Out in New York streets and parks and public places will be 88 pianos for you to play starting on Saturday, so it is time for you to practice your stunning rendition of “Chopsticks”, that Stevie Wonder jam in your head, or that sweeping sonata that your Aunt Winifred is so fond of.  Sing for Hope is an artists’ “peace corps” project started by two Julliard sopranos Camille Zamora and Monica Yunus in 2006 and every year since has brought pianos out so the all of the public can plunk their keys for two weeks in June and have a truly interactive experience. 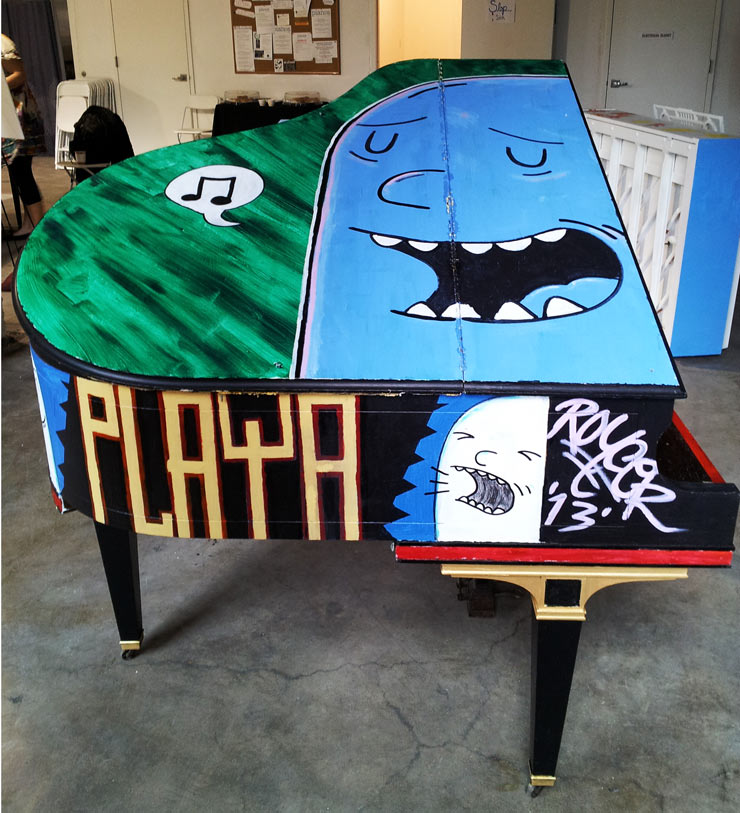 This year among the visual artists invited to custom design a piano are some street artists among the mix and they went on display at a private event last week before they make their debut throughout the 5 boroughs on June 1. Here we show you newly designed pianos by 3 of the grand participants and names you might recognize, Royce Bannon, Alice Mizrachi, and Bluster One. Together with the 85 other artists, they are part of a program that hopes to be a “nation-wide movement that activates artists as agents of transformation in under-served areas and promotes the ideal of art for all.” 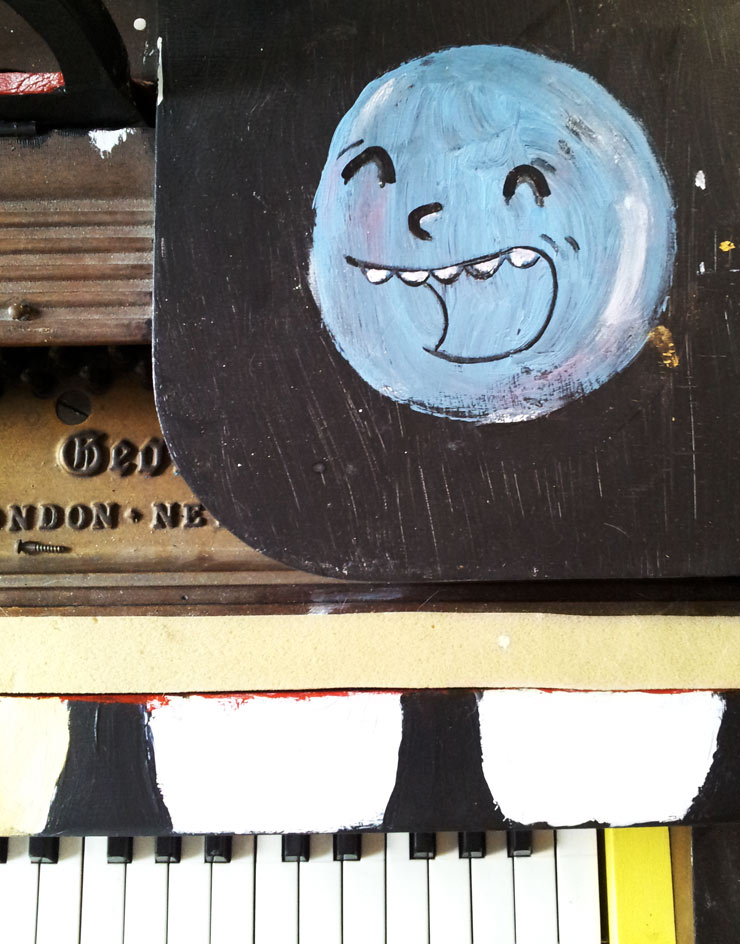 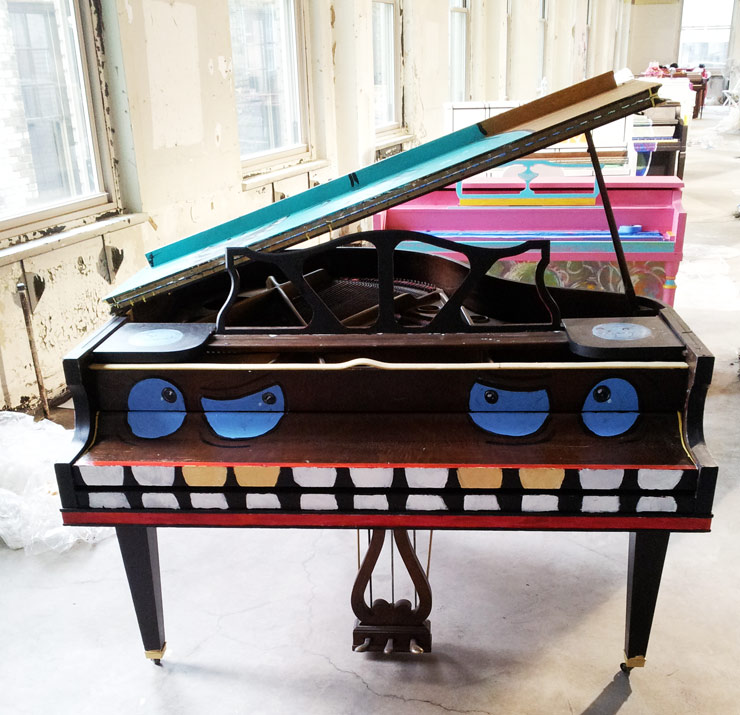 See some of those pearly whites got some gold caps!. Fresh. Royce Bannon (photo © Royce Bannon) 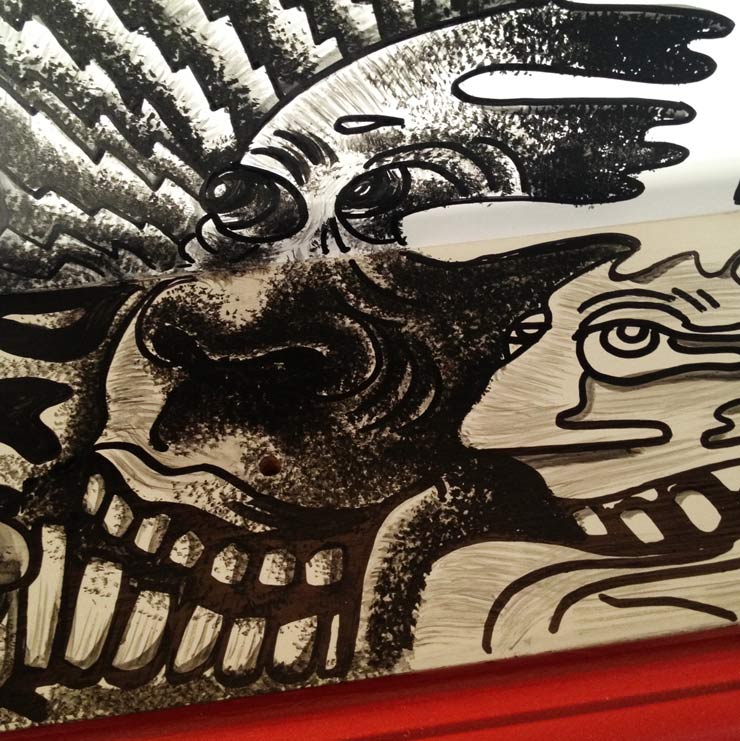 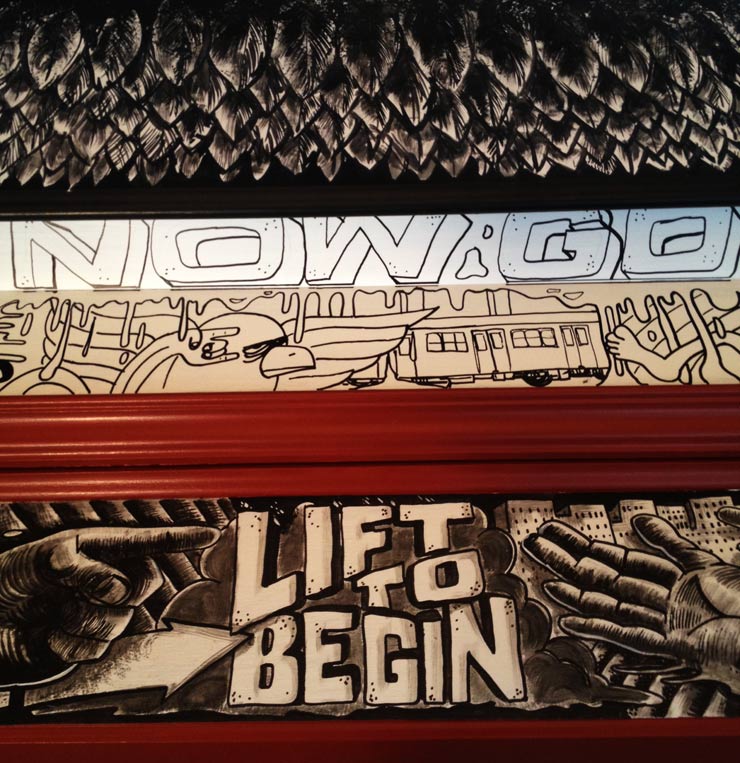 A helpful bit of directions from Bluster One. Detail. (photo © Bluster One) 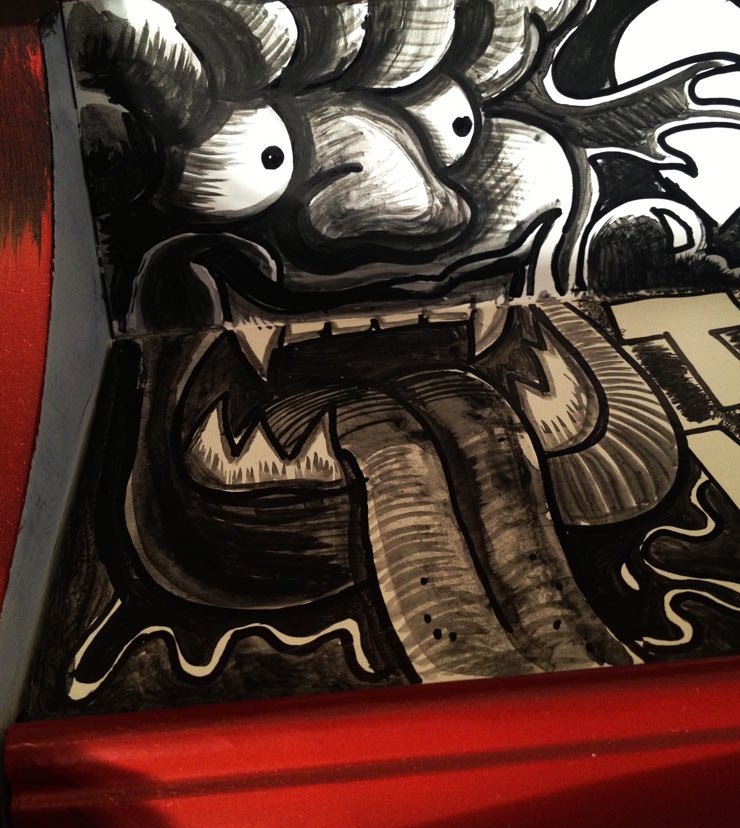 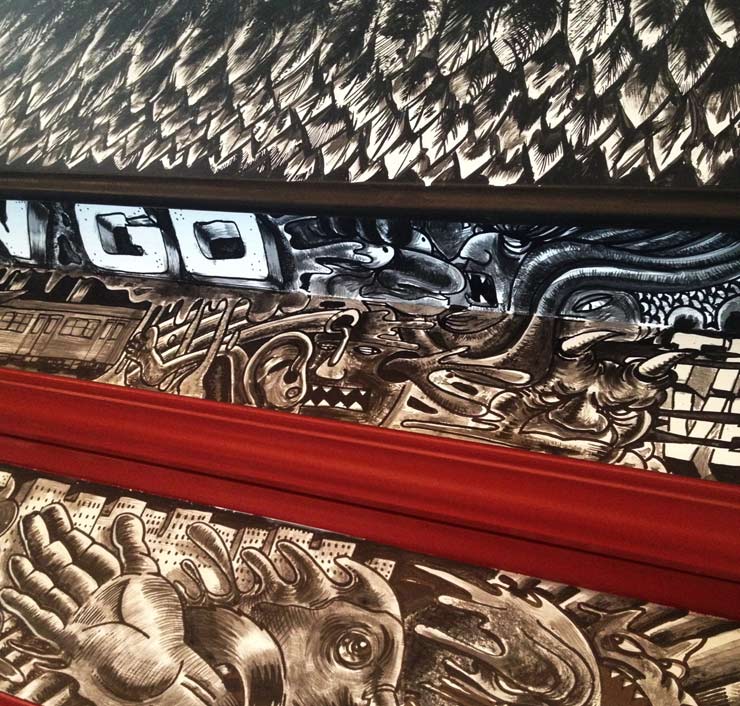 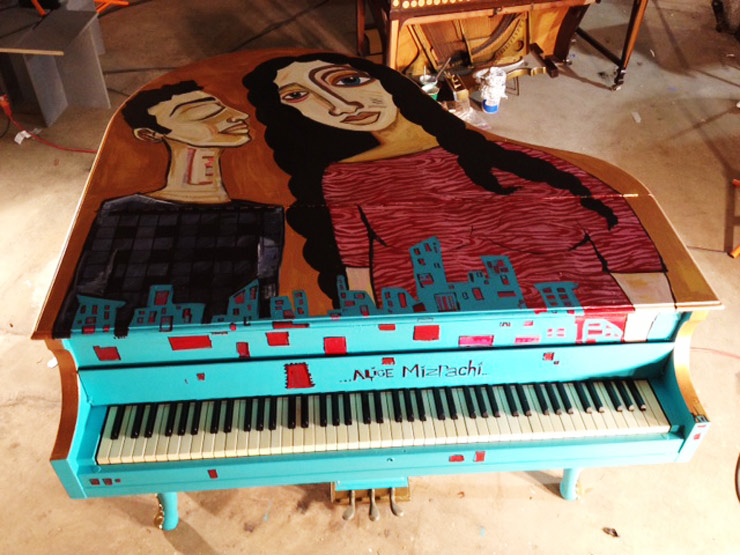 “I have been working with Sing for Hope for the past 2 years as both an artist and teaching artist,” says Alice Mizrachi, who worked on sculptures for the gala and participated in the project in 2011 also. As a teaching artist Mizrachi aims to bring arts and activism to classrooms, which have included NYC neighborhoods in Harlem and Bushwick.

Of her baby grand this year, Alice says she wanted it to reflect the struggles of rebuilding after the hurricane over the last half year and to reflect stories she heard from many of the students whose families have been facing adversity since Sandy.

“Since my year was focused on community building through my arts education residencies, I wanted my piano to depict a teacher and student in their NYC environment,” Alice explains, “Building community by empowering people to express through an arts practice is one of my life long missions.” 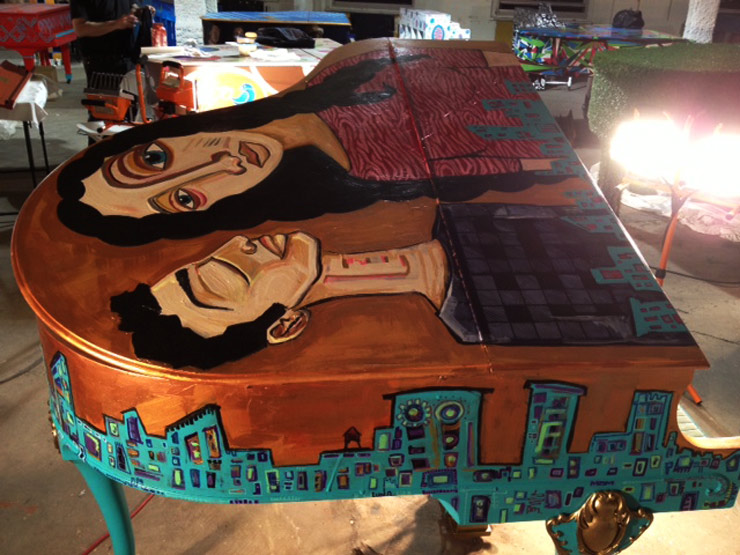