Haven’t seen the Roman soldier lurking around with his paintbrush helmet lately so it it was a real special treat to see on the old Twitter machine that Nomade was putting up some new stuff Saturday, in downtown LA. Complete with decaying Roman columns….. it’s just funny, that’s why – don’t be a grouch. The Nomade fellas put this fresh piece to reclaim their old spot next to Lady Aiko and Kofie Augustine while under the watchful gaze of Daniel Lahoda. It’s part of LA Freewalls of course and there may be an animation in the near future we hear. 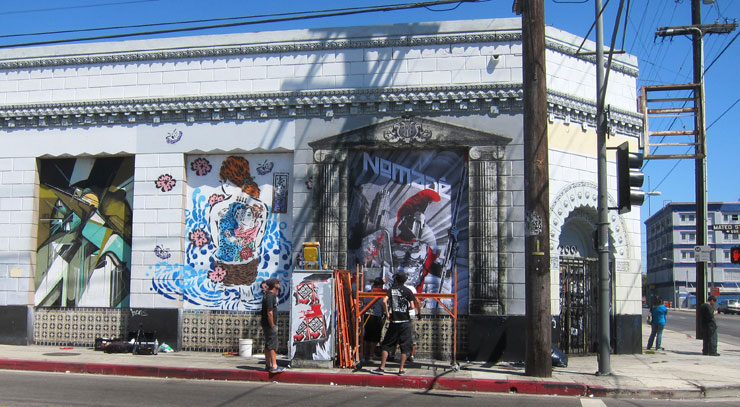 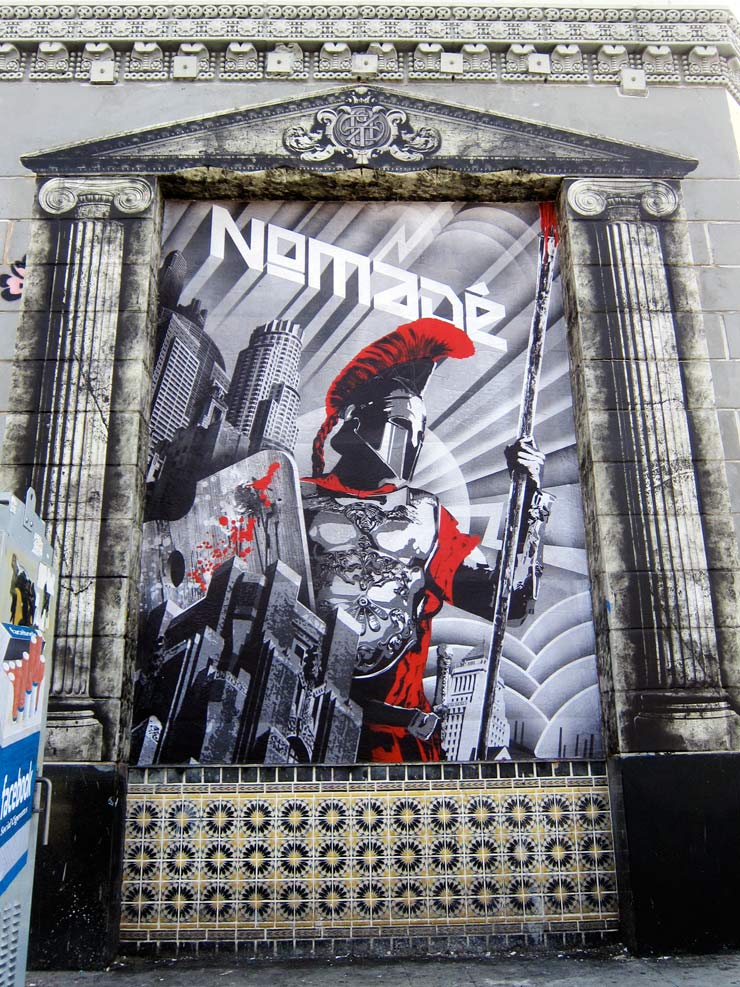 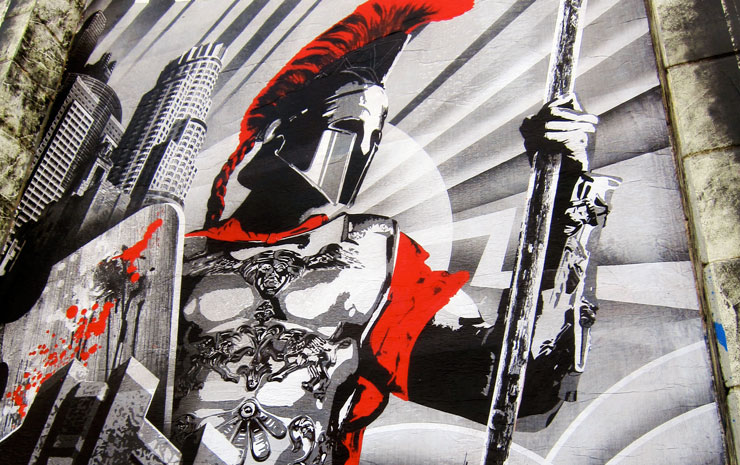