His mysterious excellency in “Exit Through the Gift Shop” ©Paranoid Pictures

The nominees for the 2011 ©Oscar Ceremony to be held in Los Angeles in February 27 will be announced the 25th of  January and we expect the feeding frenzy of no-news will continue its build up with legions of smart publicists and studio’s marketing heads selectively leaking or straight-up spoon feeding stories to us. We’ve heard that Bansky’s crockumentary “Exit Through the Gift Shop” has made the short list of 15 films to be considered for best documentary and because you have a Twitter account, so have you. If he is nominated we can’t wait to see a bimbo with a microphone asking him on the red carpet, “And who are you wearing?”

Sadly, Swiss film maker Joachim Levy says he was left off the credits in the movie and should have been included, according to a New York Times piece by Melena Ryzik, “A few minutes of “Life Remote Control” and some footage from Mr. Guetta and Mr. Levy appear in “Exit Through the Gift Shop,” which subsequently became the story of how Mr. Guetta was transformed, with Banksy’s prodding, from a chronicler of street art into an artist himself”.  He’s protesting bitterly about his exclusion from the credits, and the cash cow the movie is turning into, we might add.

For all we know this is just one of the many marketing plots that Banksy or Banksy’s camp have concocted to create extra buzz for the film in the hopes that it would get nominated by the Academy.  What with the many interviews (via email) that the normally invisible Banksy has granted?  So far the strategy appears to be working as the film did get a nomination this week  from the BAFTA people (the British version of the Oscars) for outstanding debut by a British writer, director or producer.

And finally, we won’t get to find out his true identity now that Ebay has taken down the auction that had 38 bidders up to almost a million bucks. The prize? A scrap of paper with his alleged real name. Sorry kids, no Banksy or Santa Clause information will be revealed.  Luckily you can still bid on a chunk of concrete with a rat stencil sprayed on it.

Tomorrow on Ebay, to more robust bidding I expect, I will be auctioning my electric bill from December. As a bonus you’ll see the price of a weekly Metrocard and a cellphone shot of my granny’s teeth in a glass.

What are we to think? Is Banksy behind this “auction”? For sure he knows his own identity, or does he? And why would this be on Ebay? – Shouldn’t it be on Sotheby’s or Christie’s?

In the next “‘Breathless Banksy Update” we’ll talk about who we think should design his full length burka-style  hoodie to attend the Academy Awards ceremony should he be so lucky as to snag a nomination. If he is reading this, as we know he most certainly is, we urgently implore him to start looking for a designer PRONTO.

In the midst of all the speculation about Banksy’s identity, perhaps the elephant is on the screen in your living room. 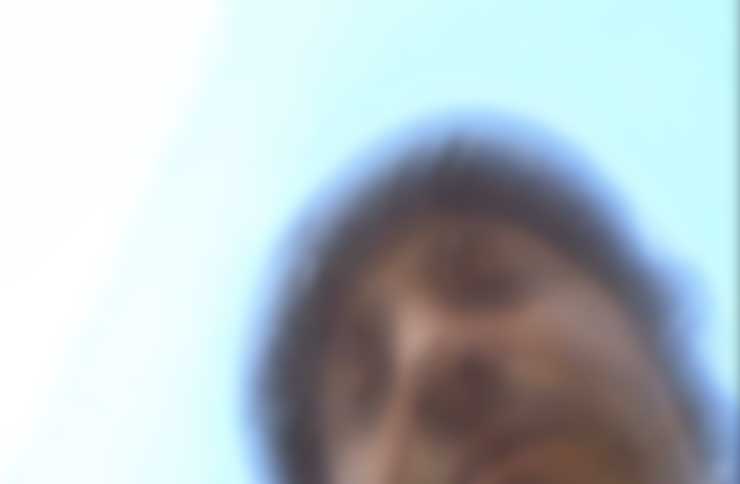